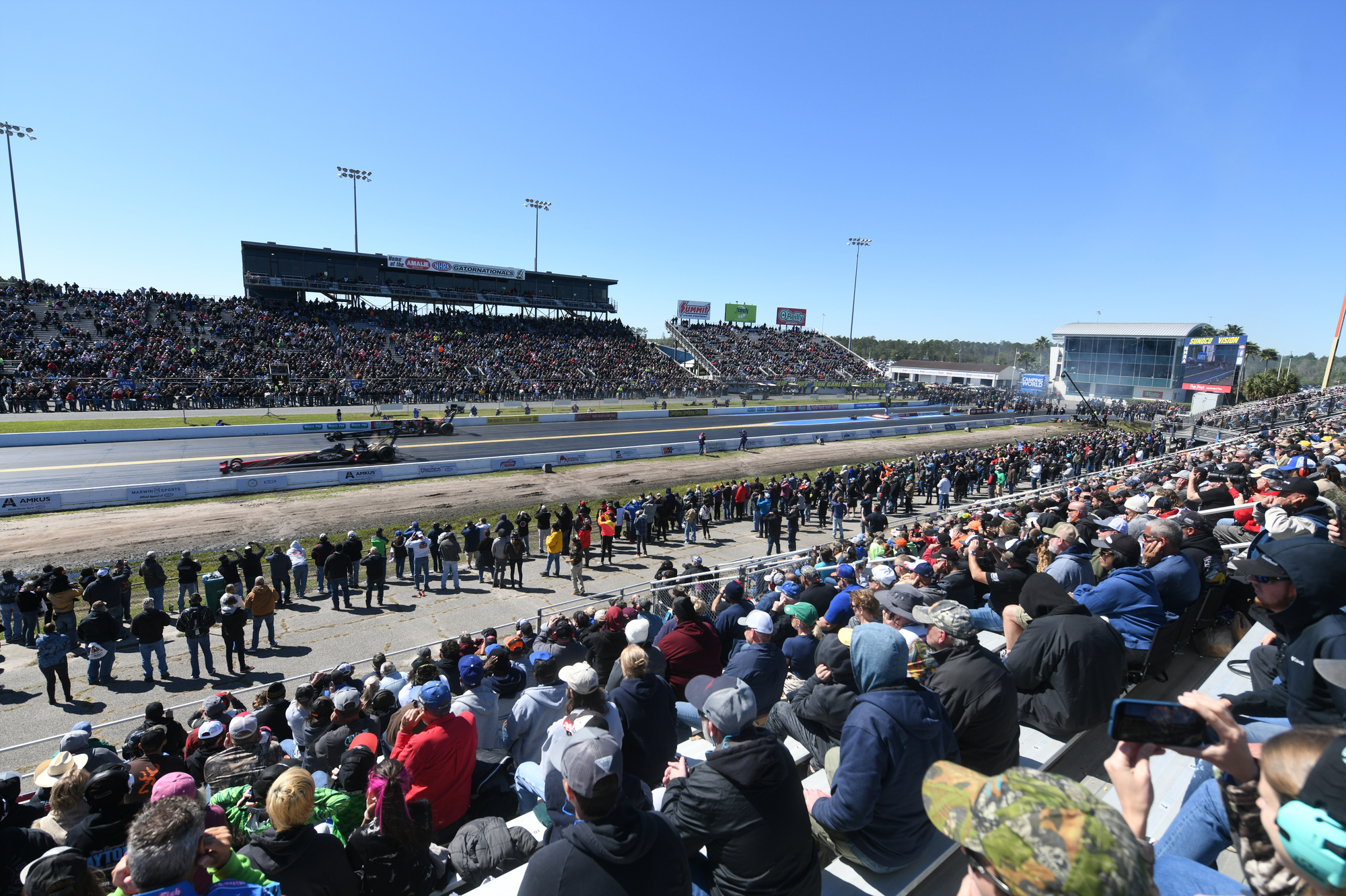 The legendary track served as the opener for the 2021 campaign and is set to open the 2023 season as well, as all the top NHRA stars will look to open their year with a victory at the historic Gatornationals. The year will also open with the Pep Boys All-Star Top Fuel Callout specialty race in Gainesville, pitting eight star Top Fuel drivers against each other in a thrilling one-day shootout within the Gatornationals race weekend.

Following the March opener in Gainesville, the NHRA will head to Wild Horse Pass Motorsports Park on March 24-26 for the final NHRA Arizona Nationals. Drivers will look to end nearly four decades of racing in Phoenix with a victory, and the last NHRA Arizona Nationals also starts a three-race stretch over four weeks on the West Coast. The 63rd annual Lucas Oil NHRA Winternationals takes place the following weekend, March 30-April 2, at famed Auto Club Raceway at Pomona, which has been home to some of the biggest moments in NHRA history.

After an off week, the NHRA Camping World Drag Racing Series will go to The Strip at Las Vegas Motor Speedway on April 14-16 for the NHRA Four-Wide Nationals to wrap up the first four races of the 2023 NHRA season. It is the first of two races in Las Vegas, with the spring race featuring the thrilling and popular four-wide racing that’s been a hit with fans on the West Coast. It will mark the fifth time a four-wide race has taken place at The Strip at Las Vegas Motor Speedway and is also one of two four-wide races that takes place during the season.

“We are excited to release the dates for our first four events in 2023 and we’re looking forward to starting a great season of racing in Gainesville,” NHRA President Glen Cromwell said. “By starting our year in Gainesville and then moving out West for three races, we’re able to provide more efficient routing and travel plans for our race teams and the entire NHRA series. While this is a different opening to our typical NHRA season, our plan is to get back to the traditional start to our schedule in the future.”

Fans may renew or purchase their tickets now for the first four races of 2023 at https://www.nhra.com/schedule/2023. The full 2023 NHRA Camping World Drag Racing Series schedule will be announced soon, as well as details on class schedules.

All races during the 2023 NHRA will be aired exclusively on FOX Sports, with select events on the FOX broadcast network. For more information on NHRA, please visit www.nhra.com.