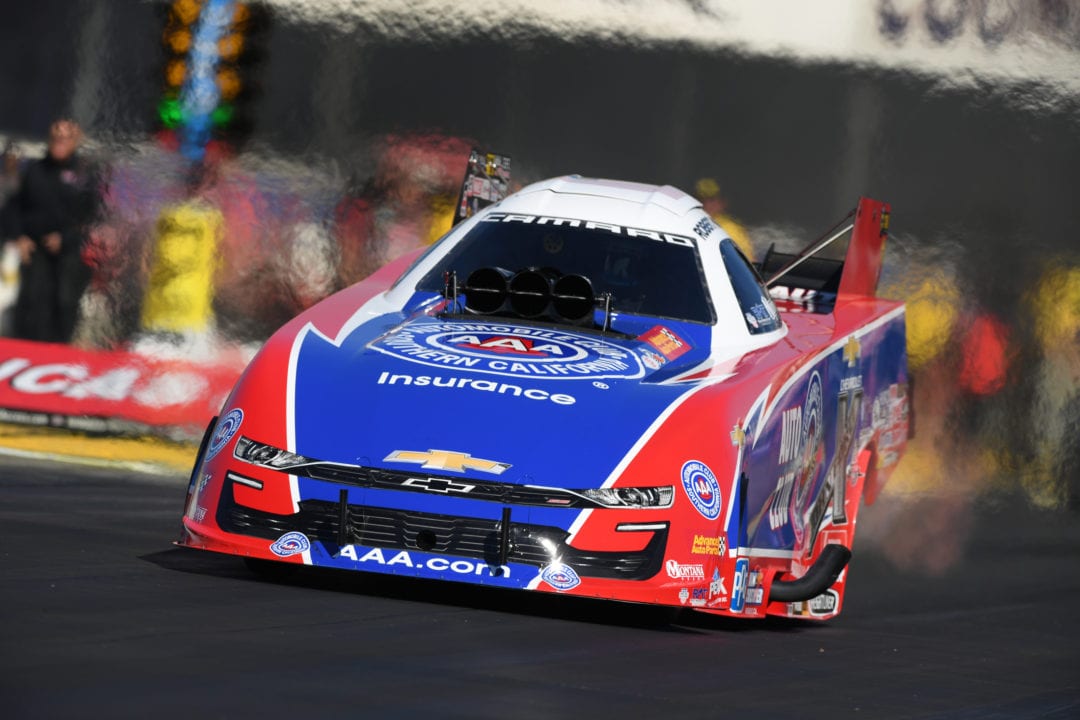 Coming off the first race of the season with a win under his belt, Robert Hight is more than ready to continue what he started as he heads to the Magic Dry Organic Absorbent NHRA Arizona Nationals at Wild Horse Pass Motorsports Park, the second of 24 races in the NHRA Mello Yello Drag Racing Series season.

Following a successful pre-season test at Wild Horse Pass, Hight and his Auto Club of Southern California Chevy Camaro SS Funny Car team continued to show that hard work pays off when they clenched the final-round win at the Winternationals. This was the 15th consecutive season in which Hight has won an event. It was also the fourth Winternationals Wally for Hight and his 46th career victory.

“We put the work in during the off season and that showed at Pomona. I’m really excited to see what this car can do and you know, Jimmy Prock, I’ve never seen him more confident. He’s really happy with the way this thing runs so going into Phoenix I’m ready to show more of what this team is capable of,” said Hight, who leads the points heading into the Arizona Nationals.

Although, the two-time Funny Car world champion had an early exit during the first round of the 2018 Arizona Nationals, Hight has four final round appearances including one in 2012 where he secured his first career win defeating then teammate Mike Neff. In 2007 he earned the No. 1 qualifier spot which was after he and crew chief Jimmy Prock recorded the quickest Funny Car run at the 1,320-foot distance.

“We saw a lot of great racing in Pomona and you’re going to see more of it all year long. Its close and competitive and you have to be on your game at the starting line. You have to have consistency with your car. We have that and are going into Phoenix with the points lead so I’m looking to see what this team can do and continue upon that,” said Hight. “It’s always an interesting race for us and you know, we’ve won there before and set some records so we’re confident and hoping to be back in that winners circle again. It would be a great start to the season with back-to-back wins.”

Qualifying at the Magic Dry Organic Absorbent NHRA Arizona Nationals will take place over Friday and Saturday with sessions at 2 p.m. and 5 p.m. each day. Eliminations are slated to begin Sunday at 11 a.m. NHRA coverage will be on FOX Sports 1 (FS1) Friday at 11 p.m. ET. Catch the action live on FS1 on Saturday at 7 p.m. ET and Sunday at 6 p.m. ET.