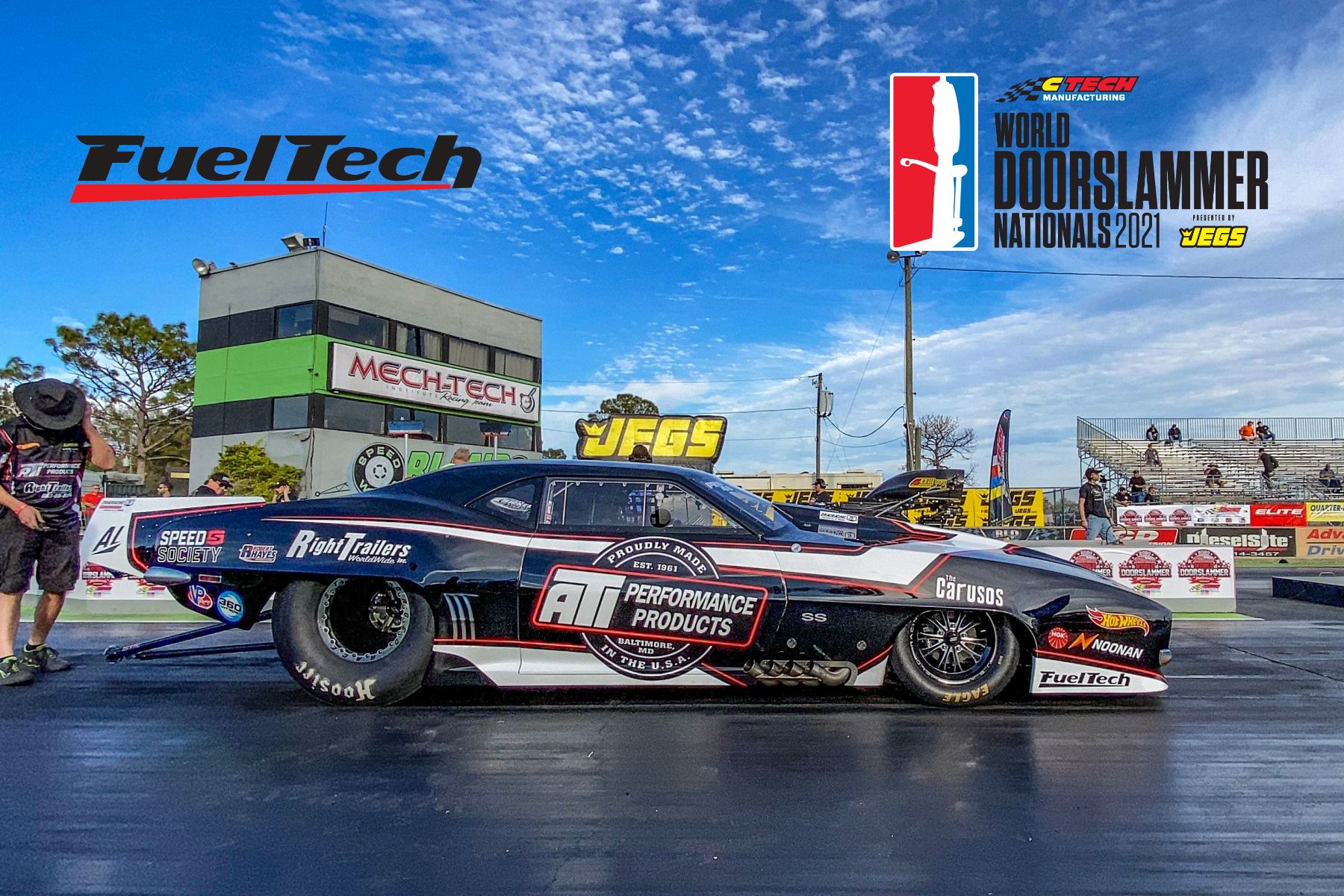 Boasting a majority of customers in the expected Pro Mod field, FuelTech, an industry leader in developing and manufacturing state-of-the-art performance engine management systems, has returned as a sponsor for the upcoming CTECH World Doorslammer Nationals presented by JEGS, which takes place March 5-7 at Orlando Speed World Dragway.

The race, which shines a spotlight on the top drivers in Pro Stock and Pro Mod, will be the latest stage for FuelTech to enjoy its success. The company has become a dominant force in the Pro Mod ranks, with nearly all of the field using FuelTech’s engine management system.

“The day we got that first guy – Troy Coughlin Sr. – running FuelTech, that was unbelievable, and now we have so many people. It’s just an amazing feeling,” FuelTech Technical Director Luis de Leon said. “Plus it’s really cool to see this type of doorslammer race coming back in a big-time fashion. Pro Stock and Pro Mod are the cream of the crop with doorslammer racing on legal trim, so it’s pretty exciting.”

FuelTech has been an industry leader and a go-to company for doorslammer drivers for years, offering innovative products that have been praised for their painless installation and continuous updates.

The FT series ECU’s built-in interface allows the user to have full control of the engine without the use of a PC, allowing for extreme convenience. The company just released an update to its latest system to open 2021 as well, allowing even more options for drivers. But it’s that dedication to providing a premier product that’s impressed race officials.

“Having FuelTech as a sponsor excites me for a couple reasons. First and foremost, they have a really significant footprint in doorslammer racing. Pro Mod was a place where they wanted to be and it’s really cool to see the impact they’ve had in the class,” Drag Illustrated Founder and Editorial Director Wes Buck said.

“They’re also one of the best marketed brands in the industry. This is a company that knows what they are doing. They’re seen in the industry as booming and rapidly growing, and the fact they choose to be involved with the CTECH World Doorslammer Nationals, it just means the world to me.”

It’s a thrilling event and venue for FuelTech to shine as well, and the company is well-positioned for another banner year. Their FT injectors — designed for the high-horsepower engines in Pro Mod – were an instant success and sold out almost immediately, while they also released a new update to their FT EFI systems. The FT Input Expander has also been popular, with the company listening to what their customers want.

With Pro Mod now mandating manual shifting for the 2021 season, it brings another exciting element to the event in Orlando, and de Leon also can’t wait to see how it all unfolds with $50,000 on the line.

“It’s a new curveball and that’s going to be great. I love it,” de Leon said. “It creates another thing to change the outcome. It adds more excitement and you have to make sure you’re going to do everything right.

“We’ve had a lot of great feedback to the new products and that’s been great. It’s been so cool to see these teams not only using our products, but using them to become faster and win races. That’s a pleasure to see.”