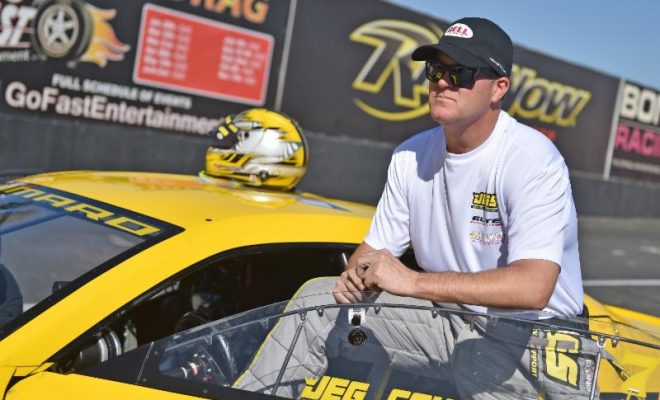 From SoCal to South Korea, Jeg Coughlin Jr. is Ready to Get Things Rolling

A new NHRA season always gets five-time Pro Stock world champion Jeg Coughlin Jr. fired up. When combined with the kickoff of the Winter Olympics in PyeongChang, South Korea, the 58th Lucas Oil NHRA Winternationals presented by ProtectTheHarvest.com are cause for real celebration. 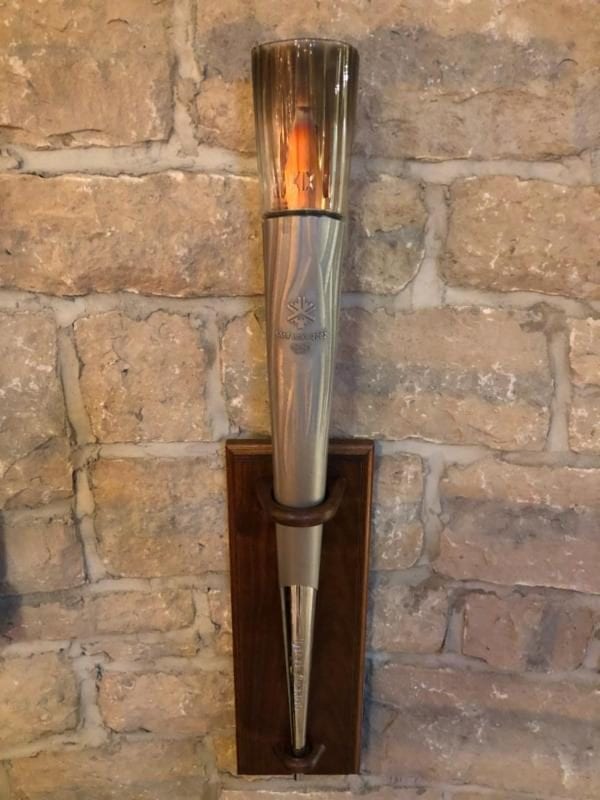 The Olympic torch carried by Coughlin in 2002 is proudly displayed in his home.

Coughlin, a 76-time national event winner in NHRA competition, has a long and proud history with the Olympic movement. In 2002, when the Winter Games were held in Salt Lake City, Coughlin had the honor of carrying the torch through his hometown of Columbus, Ohio. He later battled NASCAR stars for numerous years in the Bo-Dyn Bobsled Challenge to raise critical funding for the USA Bobsled team. He also attended the Vancouver Games in 2010 as a guest of Team USA.

“Most kids grow up dreaming about the Olympics and feeling that incredible admiration for our athletes,” Coughlin said. “I certainly feel that way to this day, so it’s been a dream come true to get involved with our Olympic heroes in a small way. I can’t wait for the games to begin and cheer Team USA on to many medals.

“Carrying the torch — for a quarter-mile, by chance — through the streets of Columbus back in 2002 really got it going for me. We then got involved with Geoff Bodine’s charity fundraiser for a number of years and actually got to race bobsleds against our NASCAR counterparts to raise money to help in the design of better sleds for our athletes.

“Since then I’ve had the great honor of attending the Vancouver Olympics and watching our men and women do their thing up close, and we’ve also hosted many of our Olympians at the drag races. It’s been a wonderful relationship.” 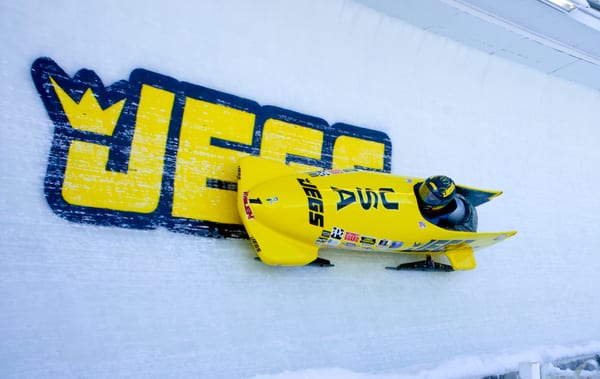 While keeping a close eye on the opening ceremonies from South Korea, Coughlin has some work to do himself as the 24-race NHRA season kicks off in earnest at historic Auto Club Raceway in
Pomona (Calif.).

“We’re ready to start fresh and make a real run at the 2018 championship,” Coughlin said. “We just finished up several days of testing in Phoenix and all of the Elite Motorsports Pro Stock cars were running strong, including our JEGS.com/Elite Performance Chevrolet Camaro. I believe we had the quickest car every day with Erica (Enders, teammate) Chevy and we were usually within a hundredth of a second of her so we’re very optimistic about the season. 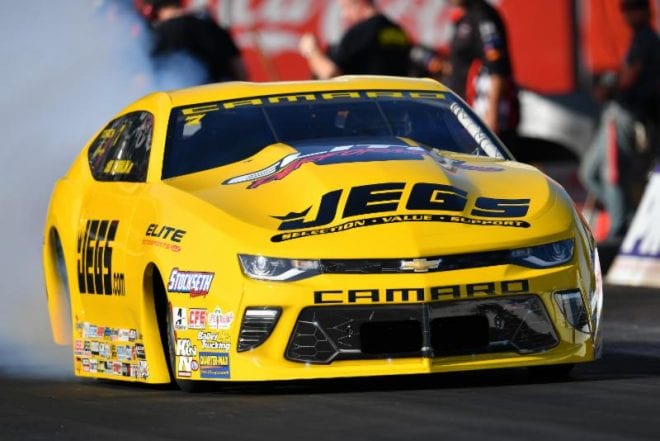 “We feel like we’re starting on equal footing this year in relation to the other teams. Here’s to some great competition throughout the season and being in the mix for the title at the end. It all starts now.”