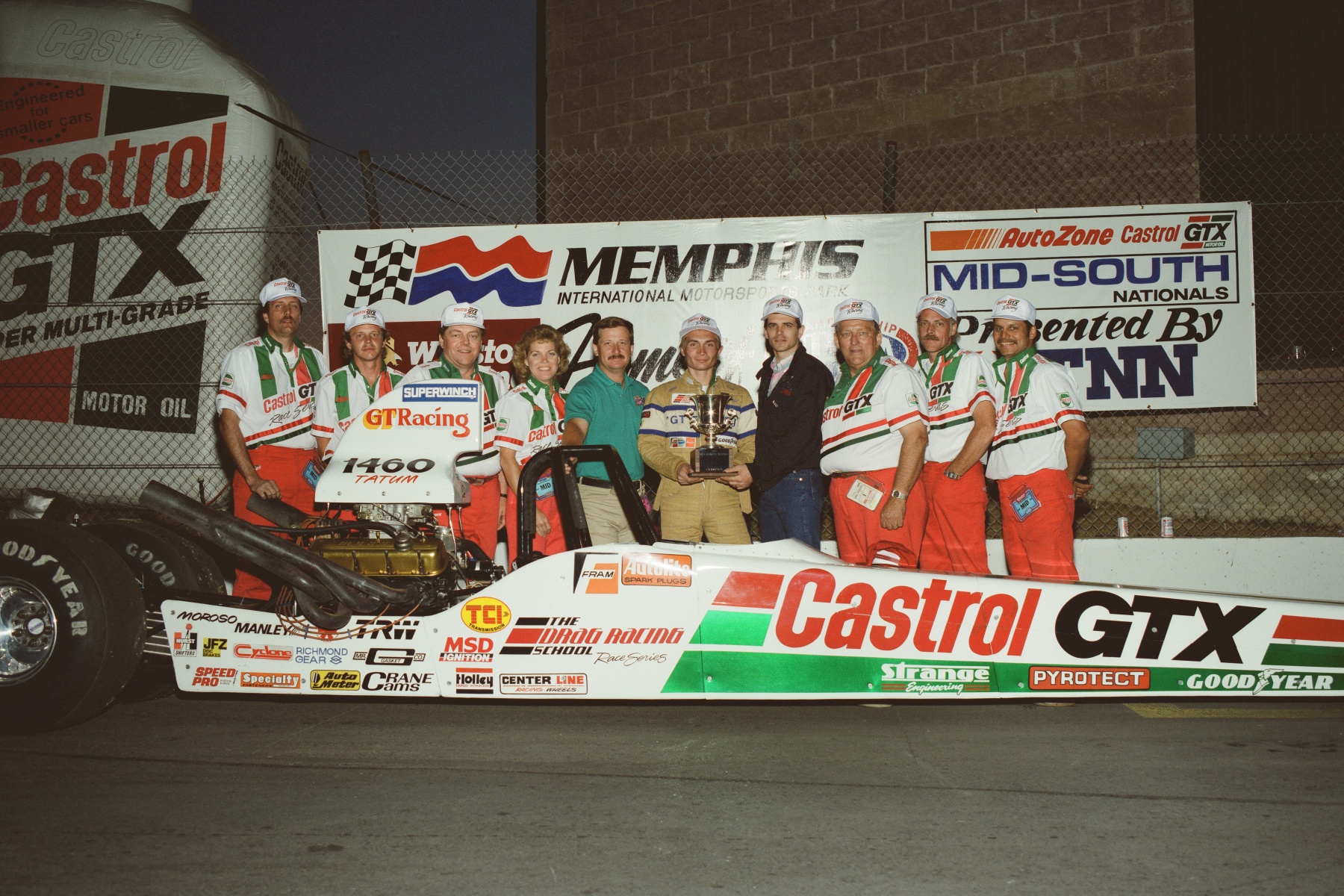 Gordon “Tripp” Tatum III fulfilled a lifelong dream when he picked up his first-ever NHRA Top Fuel win with his incredible, record-setting performance at the Amalie Motor Oil NHRA Gatornationals in Florida on March 13, 2022.

Although Tatum began competing in the prestigious category in 2021, he started racing in the late 1980s when he attended Frank Hawley’s Drag Racing School as a teenager alongside his father, Gordon Tatum II, who was a Top Fuel driver in the late 1960s and early 1970s.

“When I was a kid, I had a photo on my wall of Gordon’s beautiful front-engine Top Fuel Dragster,” Hawley remembered of his youth. Hawley was pleasantly surprised when Gordon called to enroll himself and his son, Tripp, at his drag racing school. “I got to know both of them well when they competed in our race series at several national events. I feel so fortunate to have worked with many of today’s pro drivers early in their careers.” 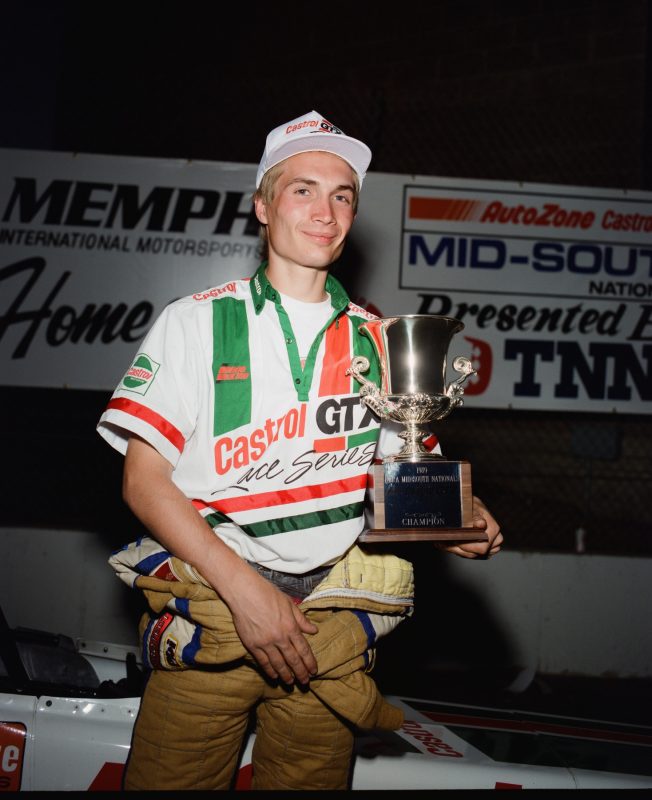 Studying under Hawley’s experienced eye, Tatum learned many valuable lessons which helped not only shape his career for many years to come, but many of which he still uses on a daily basis. “My dad and I took the Super Comp course and it was an absolutely priceless, excellent experience. Frank gave me a lot of core knowledge to work with and a lot of things to learn from as time went on,” reminisced the racer, now 52. “Not long after, I came back to the School and got my Top Alcohol Dragster license from Frank.”

With an ultimate goal of running in NHRA Top Fuel, Tatum and his father began putting together a program of their own to make it happen. While it didn’t come to fruition initially, Tatum didn’t give up. Instead, he focused on solidifying his financial future through other aspects of his motorsports-centric career and got a second chance to obtain his objective later in life.

Behind the wheel of Anthony Dicero’s Alcohol Fuel Dragster, Tatum impressively reached the final round in his first career start at the 2014 Lucas Oil NHRA Nationals in Brainerd, Minnesota. He raced for two seasons before transitioning back to his original intentions and started piecing together the necessary components for a Top Fuel dragster in late 2018.

“I got hooked up with the Lagana family along the way,” Tatum explained gratefully. “I got my Top Fuel license in their car and ran six races with them.” From licensing to competition, Tatum showed tremendous talent and proficiency behind the wheel of the wild, nitro-huffing rocket.

By 2021, Tatum had stepped out on his own and started his own Tripp Tatum Racing team. He not only competed at four NHRA national events that year, but qualified at each and secured four individual round victories as well.

In March of 2022, however, Tatum got to experience the thrill of capturing an NHRA Top Fuel win and the excitement of receiving the coveted Wally trophy that comes along with it. Although the weekend at Florida’s Gainesville Raceway was unprecedented in its tremendous multi-day rain delays and challenging tuning conditions, Tatum rose to the occasion. 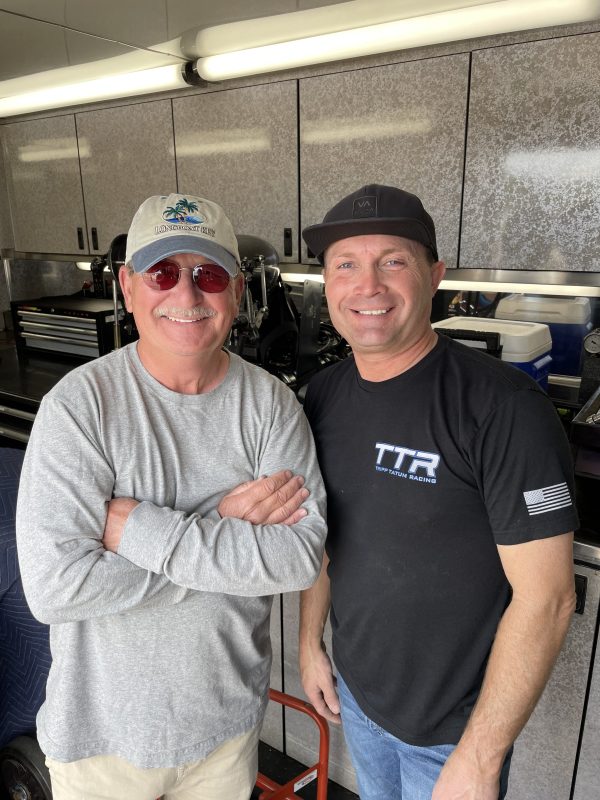 Despite only one round of qualifying being contested and with seriously stiff competition, Tatum shot straight to the top of the list to claim the number one spot with his incredible 3.674 at 331.53 mph blast; the run also marked a new elapsed time track record for Gainesville Raceway and gave Tatum an advantageous position on the ladder.

During Sunday’s eliminations, Tatum continued the prowess he demonstrated in qualifying with a huge overall event victory and well-deserved celebration in the winner’s circle. “My whole mentality was to just go one round at a time. It’s cutthroat out there with really strong cars. Getting the win was incredible, but I still feel numb… it’s so surreal,” laughed Tatum, who runs his self-funded NHRA Top Fuel dragster in conjunction with crew chief, Dom Lagana, and Steve Torrence’s Capco operation.

Over the years, Tatum has never forgotten the valuable lessons he learned from his time at Frank Hawley’s Drag Racing School and translated his time there into success at the highest level of the sport of drag racing. Similarly, Hawley has never forgotten how Tatum demonstrated the tenacity and work ethic it takes to become a champion.

“Frank [Hawley] taught me a lot that all came together to shape me as the driver I am today,” noted Tatum, who plans to return to the School in the near future to help refresh his drag racing education. “Frank has a way of explaining things in a very understandable way and imparting his wisdom on you so that it all makes sense. If you want to learn anything about racing, go see Frank.”