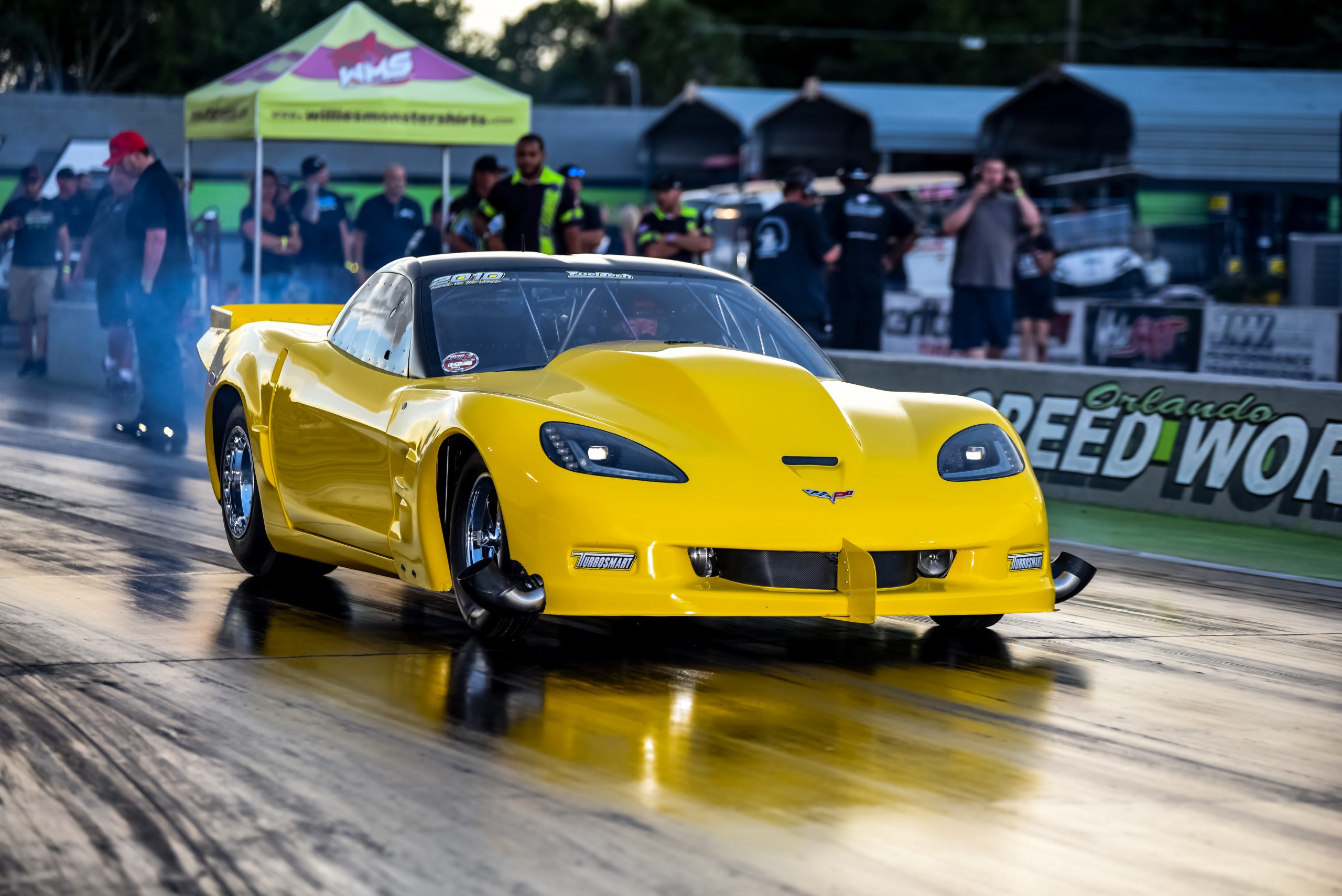 Mark Woodruff knows what he’s getting into by going to Florida during the middle of the summer, which means the lure of staying at home on his boat on the lake is all too real.

“I don’t care if it’s three o’clock in the morning, it’s going to be freaking hot at the end of July in Florida,” Woodruff said with a laugh.

Yet, the thought of winning a race in Pro 275 and setting a record while doing so proved to be an even bigger attraction, steamy weather and all. So, Woodruff has his turbocharged 2010 Corvette ready for this weekend’s Magic 8 shootout at Orlando Speed World Dragway, locked in on winning the $15,000 prize and making some big headlines along the way.

Craig Sullivan will again be piloting the car, much like he did at the COVID-8 shootout in May. The car went a class-best 211.33 mph at the Donald Long-promoted event and Woodruff is ready to build on that, even if it means plenty of warm temperatures in the process.

“We’re going to be there and we’re going to come to win. That’s our goal,” Woodruff said. “We’re pretty excited for the Magic 8 and I think we’ll have a real good shot at going in there, trying to win and hopefully coming out of that thing with the Pro 275 record. That’s our goal, so we’ll see what we can do.”

Woodruff and Sullivan have already shown what they can do in Pro 275 over the past two months. They ran 3.80s in May in Orlando and lowered the boom to a 3.800 at 210.59 about a month ago at Carolina Dragway.

That opened eyes and let Woodruff know that it was all within reach at the Magic 8, which will repeat the same unique set-up that made the COVID-8 a success.

Teams will qualify at night on Friday – getting a massive six qualifying sessions through the night — and then wait until Saturday night to run eliminations. 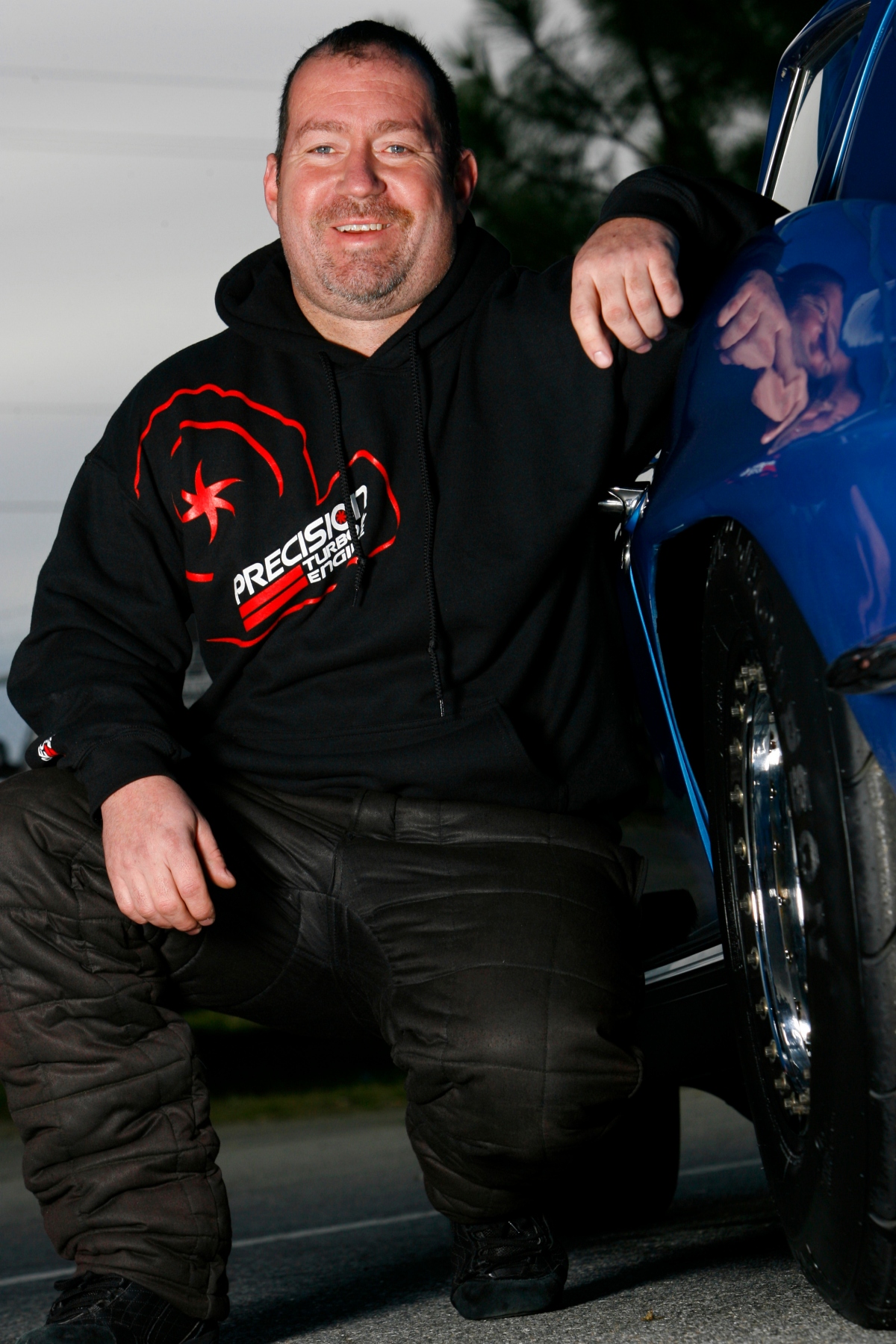 That bodes well for performance, as proven by what happened in May when Mark Micke set the record in the class by going a stunning 3.822.

But running at night on both Friday and Saturday also puts a premium on entertainment. With only Radial vs. the World, Pro 275 and X275 running this weekend, teams can work quickly through qualifying and then the eight-car elimination shootout the next night. In Woodruff’s mind, that will also bring the most eyeballs.

“Like I told (Long), I said, “Here, we’re going to do this. You’re going to do a pay per view.” And I think for a majority of car guys, we’re all probably UFC fans of some kind. We’ve at least seen it. I’ve never bought a pay-per-view on a UFC and went and watched Conor McGregor fight at nine in the morning,” Woodruff said.

Well, people know when cars are going to run at the Magic 8 and sticky, humid Florida conditions or not, they know there’s going to be spectacular performances.

Woodruff is confident he’ll be among that group, but the key will be running 3.80s on a consistent basis. There’s only three chances to get it right in eliminations and as Roger Holder proved in winning Pro 275 at the COVID-8, quick and consistent in all facets of the race will be necessary to win.

“But what (Long’s) assembled here, it’s an invitation only type race. So he’s calling the best of the best to be involved in this deal. So there’s no gimmes, I mean, even in the qualifying situation. You may see some guys struggle here or there, but the reality is they could find their mojo at any point and go from the top to the bottom in a hurry.”