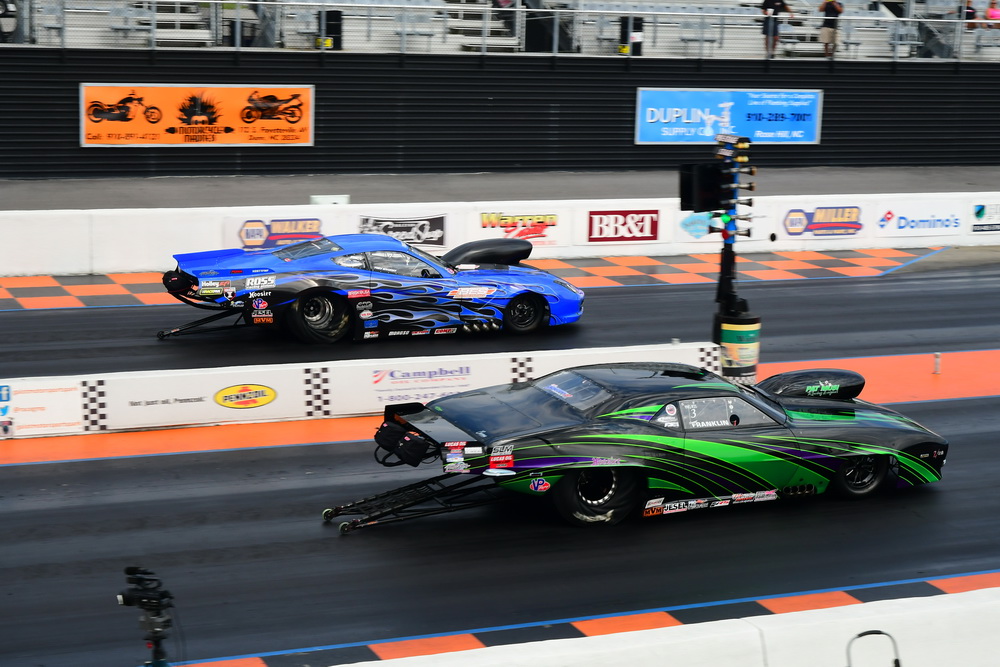 A two-month delay was worth the wait for two-time world champion Tommy Franklin, as he opened the 2020 Professional Drag Racers Association (PDRA) season with a Switzer Dynamics Pro Nitrous victory in his “Jungle Rat” ’69 Camaro. Racing at the East Coast Nationals presented by FuelTech at GALOT Motorsports Park, Franklin defeated Jim Widener in the final round. 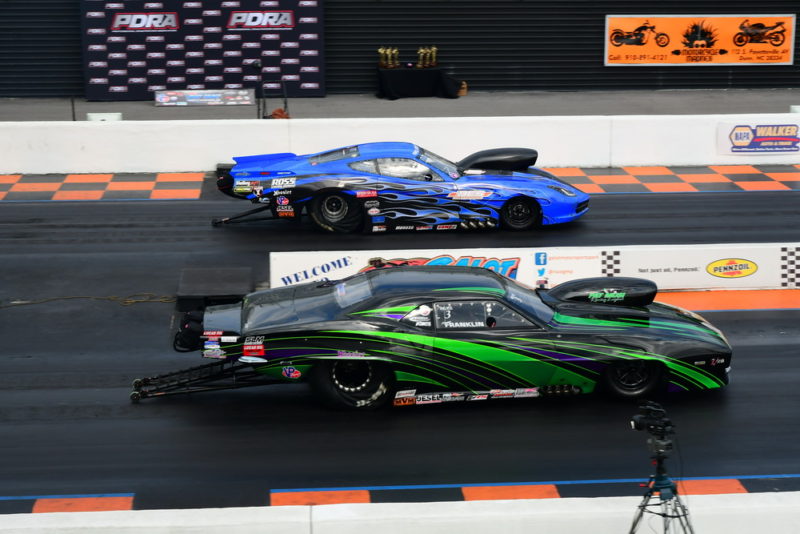 Two-time world champion Tommy Franklin had a big weekend at the East Coast Nationals. His daughter Amber was celebrating her high school graduation while making her Top Dragster debut, the series Franklin co-founded in 2014 was finally starting its seventh season after being put on hold by the COVID-19 crisis, and he ended the weekend with a decisive Pro Nitrous victory.

“From the PDRA standpoint, we were really just trying to get the season started so we could put on a championship season,” said Franklin, who owns and operates the PDRA with his wife, Judy. “Our race team is awesome. They don’t stop working. The same thing with the PDRA team – they rocked all weekend long just to get this race in. They definitely had some challenges. Hat’s off to everybody. Coronavirus is not stopping us this weekend.”

Widener qualified No. 13 and moved past the first round with a 3.738 on a single, as opponent Jackie Slone Jr. couldn’t make the run. He recorded a 3.718 to defeat Fredy Scriba in the second round, then slowed to a 5.232 on another single. He was set to face defending world champion Jim Halsey, who was shut off after a fuel leak developed while backing up from the burnout. 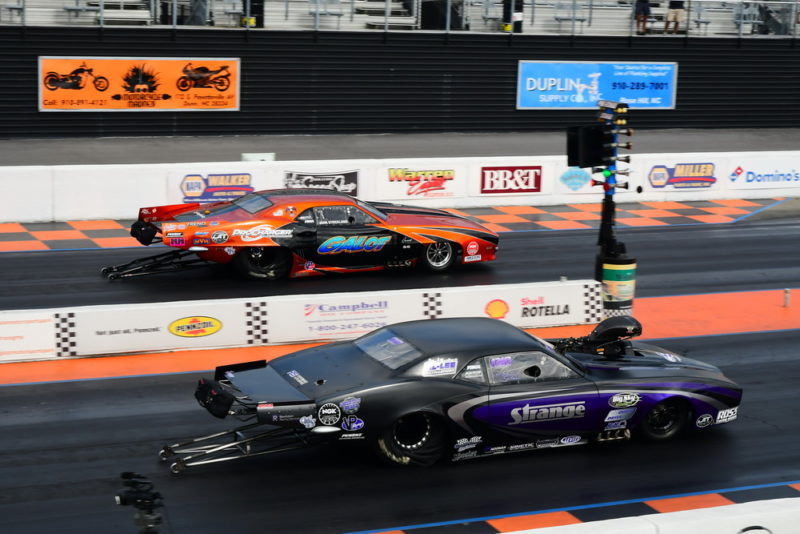 Melanie Salemi and her family-based team, led by her husband, Jon, and brother-in-law Jim, arrived at GALOT Motorsports Park a few weeks before the event to start testing for the 2020 season. Their efforts paid off Sunday afternoon, as Salemi took out hometown favorite John Strickland in the Pro Boost final round.

“I feel like I live here,” Salemi joked. “We tested here three weeks ago, then went to Florida, raced the radial car and came back here to race this car. I tested a customer’s car here while we were here earlier that week too, so I’ve been doing a lot of racing on this racetrack. To be able to win after all this, it feels pretty good.”

Salemi used a holeshot advantage to defeat Strickland’s GALOT Motorsports teammate, Kevin Rivenbark, in a 3.741-to-3.731 first-round match. She improved to a 3.725 at 203.65 over Jeff Rudolf in the second round, then caught a break when two-time Pro Nitrous world champion turned Pro Boost rookie Jason Harris red-lit away a 3.674 to Salemi’s 5.263 at 92.56. 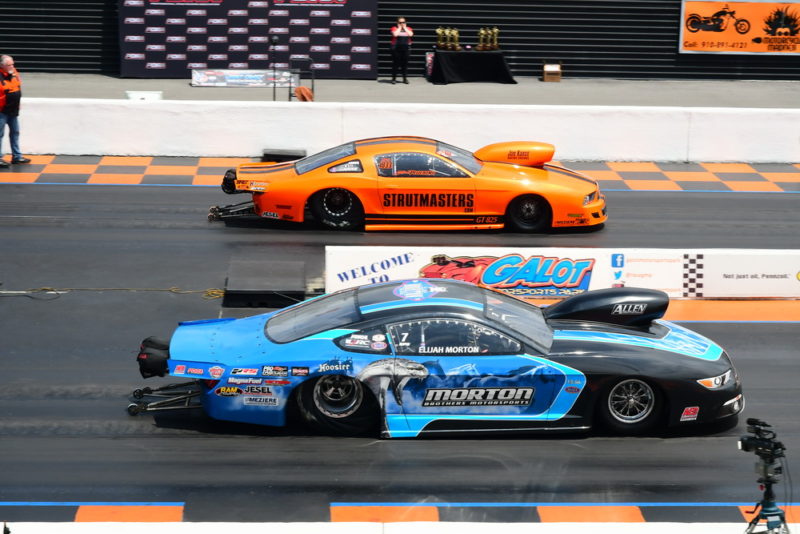 Johnny Pluchino kicked off his first full season in Extreme Pro Stock competition with his first-ever victory in the class. Driving his father John’s 2016 championship-winning Strutmasters.com ’13 Mustang, Pluchino recorded a weekend-best 4.059 at 179.23 in the final round, while opponent Elijah Morton lost traction and slowed to a 5.208 in his Morton Brothers Motorsports ’18 Mustang.

“We have high goals and high expectations for this year,” said Pluchino, the 2018 and 2019 Pro Outlaw 632 world champion. “I had a feeling the win would come this year. I didn’t know it would come at the first race. I should’ve expected it since we’re at GALOT – this place is gold to me. I wish they ran every race here. To do it here, to do it right away, to start off the championship chase here and put this weekend together, it’s awesome. I’m ready to get to Darlington.” 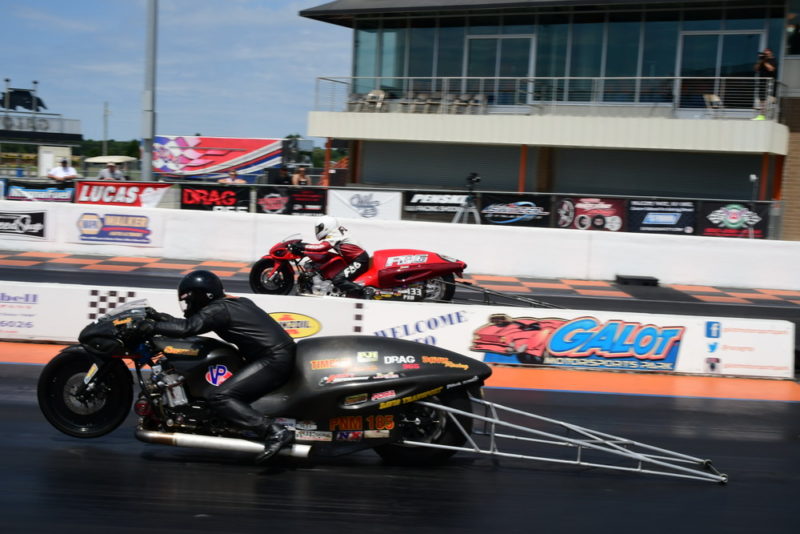 The Pro Nitrous Motorcycle class had an unusually small field, with just four entries on the grounds, but the final round made up for it. Two-time and defending world champion Travis Davis aboard his Timblin-built Hayabusa took on drag bike veteran Paul Gast on his Fast By Gast Hayabusa. Davis’ .026 reaction time and 4.03 at 176.14 pass helped him hold off Gast’s quicker 4.013 at 175.78 to start the season with another win.

“It’s good to start the season off winning the first race,” said Davis, who thanked his wife, Brandy, and sponsors Timblin Chassis, Web Cam Racing Cams, Monster Race Heads and Fast By Gast. “I knew Paul is the record holder. At any time he can lay one down, and sure enough, he went 4.01 and I beat him on a holeshot with a 4.03. You just take ’em how you can get ’em sometimes. Everything went good. Didn’t have any mishaps, no tear-ups this weekend. Just service the bike and do it again.” 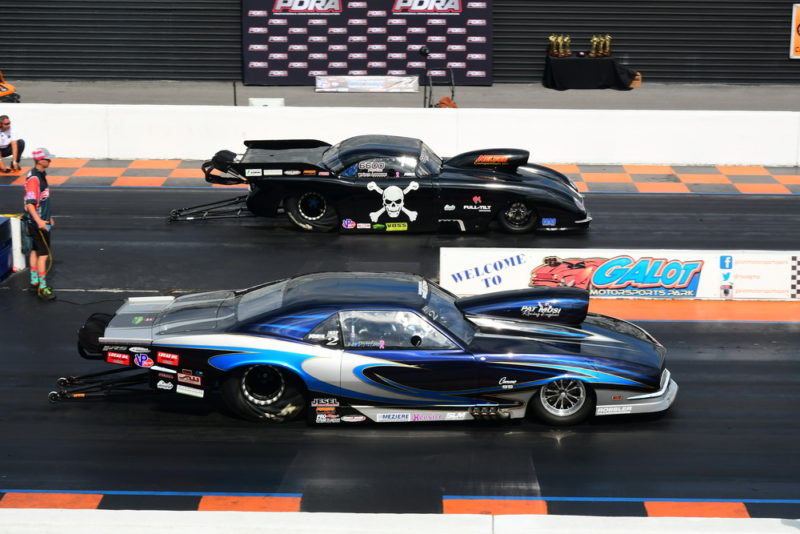 Pro Outlaw 632 veteran Walter Lannigan Jr. planted the Black Flag Motorsports flag in the winner’s circle Sunday afternoon, as he defeated Wes Distefano in the final round. The two drivers left the starting line with nearly identical reaction times, then Lannigan pulled ahead with a 4.275 at 165.78 in his Nelson-powered ’53 Corvette over Distefano’s 4.298 at 169.21 in his Musi-powered $hameless Racing ’68 Camaro.

Lannigan qualified No. 1 before eliminating Jordan Ensslin and Robert Sellers on the way to the final round.

Distefano earned his spot in the final by defeating Alan O’Brien and Chris Holdorf, Lannigan’s teammate. 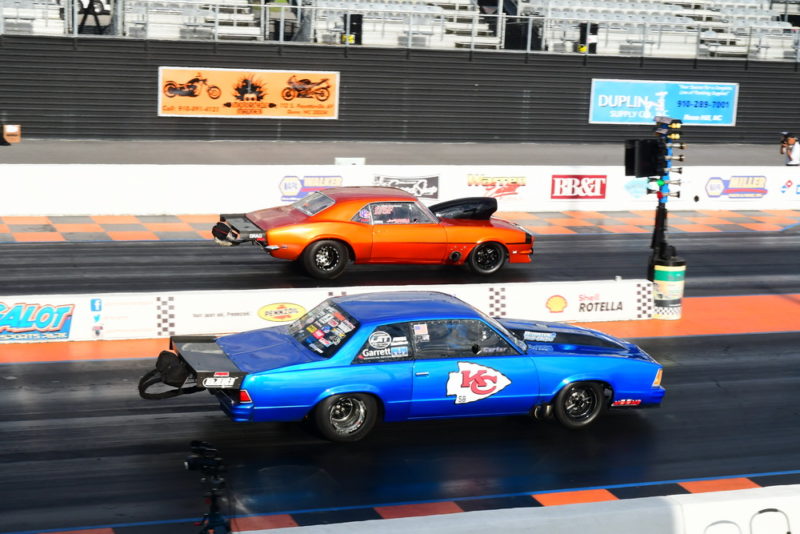 Radial vs. the World heavy hitter Mark Micke, now competing in Pro 275 on the drag radial scene, was one of six racers trying out Pro Street, the PDRA’s new small-tire class. He qualified No. 6 after two qualifying sessions, but it turns out he was on the cusp of breakthrough performance.

Rivera qualified No. 5 in his nitrous-assisted Camaro before defeating a tire-spinning Paul Gargus in the first round and taking a semifinal single when Brian McGee was unable to make the run. 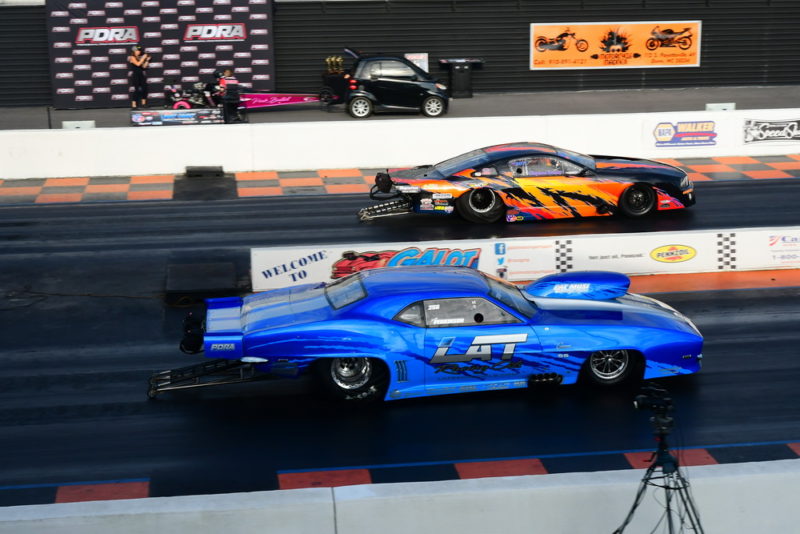 The Elite Top Sportsman final round was a battle between turbochargers and nitrous, with Cheyenne Stanley in his ’07 Mustang running 3.96 on a 3.95 dial-in to beat Buddy Perkinson, who ran a 3.802 on a 3.77 dial-in in his nitrous-assisted ’69 Camaro.

A pair of Buck-powered entries faced off in the Top Sportsman 48 final round. Jeff Talracchio cut a .003 light and went 4.525 on his 4.50 dial-in, defeating defending world champion Chris Nyerges, who broke out with a 4.422 on his 4.44 dial-in. 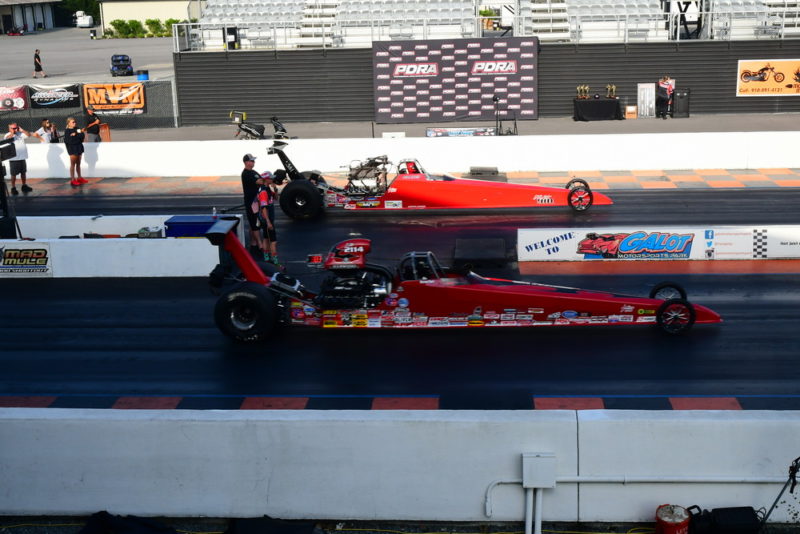 North Carolina’s own Steve Furr and Chaz Silance raced off in the Elite Top Dragster final round. Furr left first and laid down a 3.843 on a 3.83 dial-in, while Silance broke out by the narrowest margin with a 3.809 on a 3.81 dial-in.

The next stop on the PDRA’s adjusted 2020 schedule is Darlington Dragway in Hartsville, S.C., for the PDRA Carolina Showdown presented by ProCharger, June 11-13.