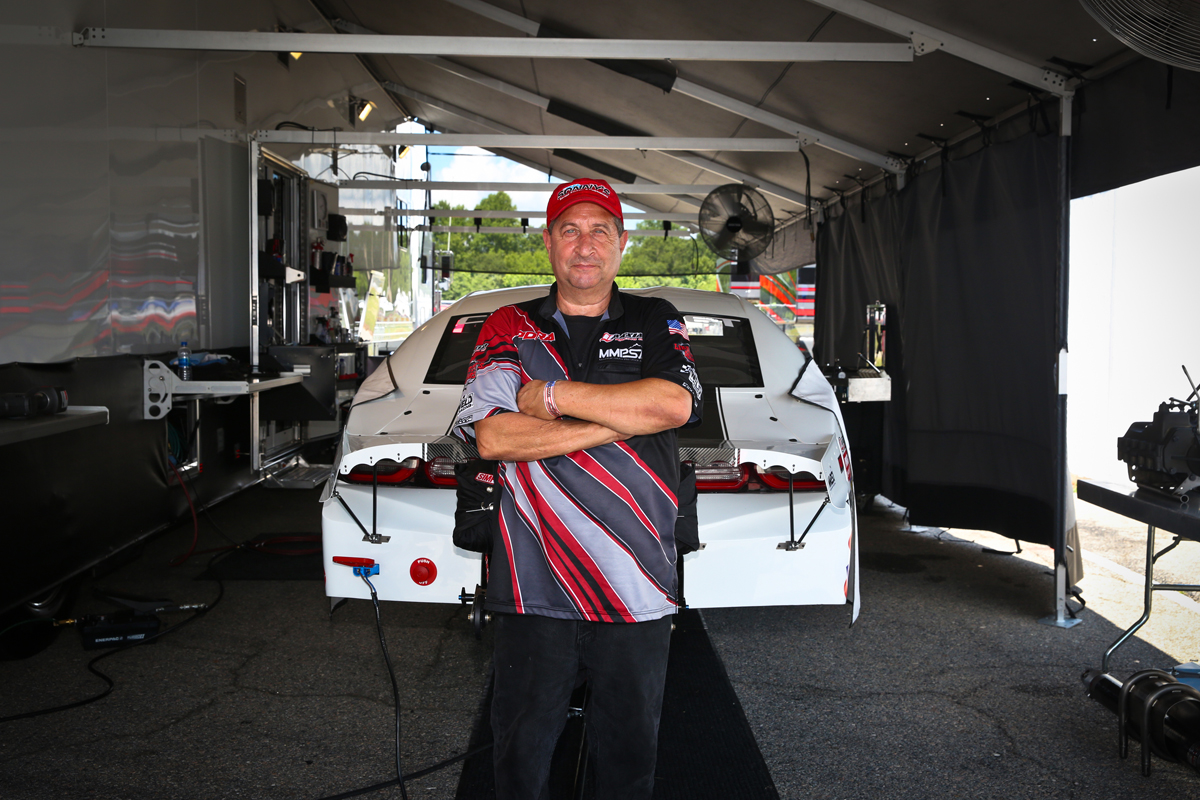 Frank Gugliotta has experienced his fair share of highlights behind the wheel of an 800-plus-cubic-inch Mountain Motor Pro Stock car. He competed in IHRA Pro Stock for most of the 2000s, racking up event wins and top 5 finishes in the championship points standings racing for multiple car owners.

Today, Gugliotta is focused on success outside the car. As the longtime crew chief for JR Carr, he’s been responsible for maintaining the Washington native’s operation since 2009. They’ve dabbled in just about every series to offer a Mountain Motor Pro Stock class, and they even dipped their toes into the 500ci NHRA Pro Stock ranks. 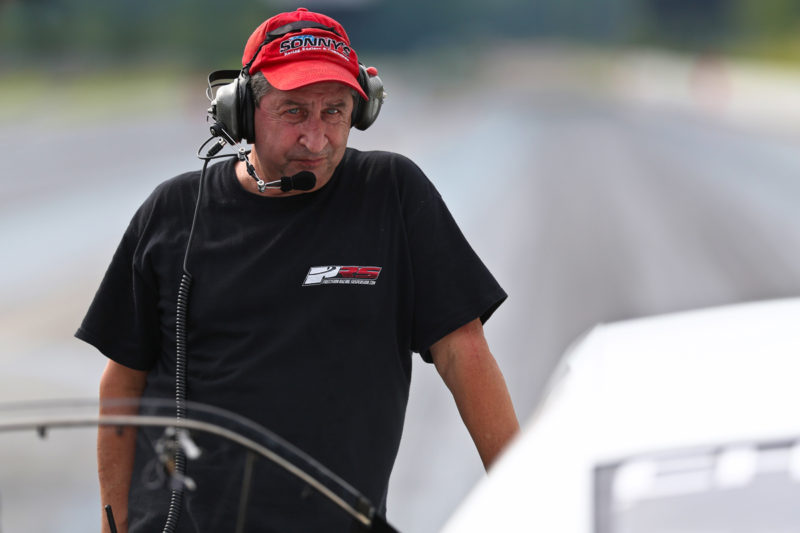 The duo is currently focused on the PDRA’s Liberty’s Gears Extreme Pro Stock class, where Carr is locked into an intense battle for the world championship with Johnny Pluchino. Driving a brand-new RJ Race Cars-built ’20 Camaro with engines assembled and maintained at Gugliotta’s Mt. Airy, Maryland, shop, Carr qualified No. 1 and won the PDRA Carolina Showdown presented by ProCharger at Darlington Dragway in June. It was the first time Carr had accomplished both feats in PDRA competition.

In this interview, Gugliotta talks about the team’s road to success, as well as what’s left to accomplish with just two races left on the six-race PDRA schedule.

Fans of IHRA Pro Stock remember you for your driving days. At what point did you really start to focus on the tuning side of things?

Probably ’09. I was tuning my own car when I was driving, but when I started working for [Carr] I pretty much realized I had lost the passion for driving and started having a passion more for tuning. In the beginning, you’ll do anything to drive a car. But that passion starts to go away.

What is it about Mountain Motor Pro Stock that appeals to you?

Well, we’ve done both 500 and 800. I just have a love for the class. I started there. They’re big motors. Big torque. Big power. I’m not taking anything away from 500-inch cars. They’re very impressive and those guys are very talented to run those cars, but I call that other car an animal. There’s nothing like a 6.20 car – naturally aspirated!

JR has been having a really good year with that new car. When I talk to him about it, he attributes a lot of that success to you and the consistent effort that you’ve put in. In your opinion, what’s been the difference maker this year?

We’ve always had the same stuff that we have now. He gives me all the credit, but here’s the thing, like I tell him all the time: I can’t do what I do without him. We have our own R&D program. We have our own engine shop. A lot of it is because of him. He puts a lot of effort and finance into it.

But the new car’s probably added to it some. The engine program is a little bit better than it was last year. He’s driving better than last year. I’m probably making better tuning calls. I’d say it’s a combination of a lot of things and all of it coming together at one time. You know how it is. You have good years, you have off years. This year has been a good year for us. 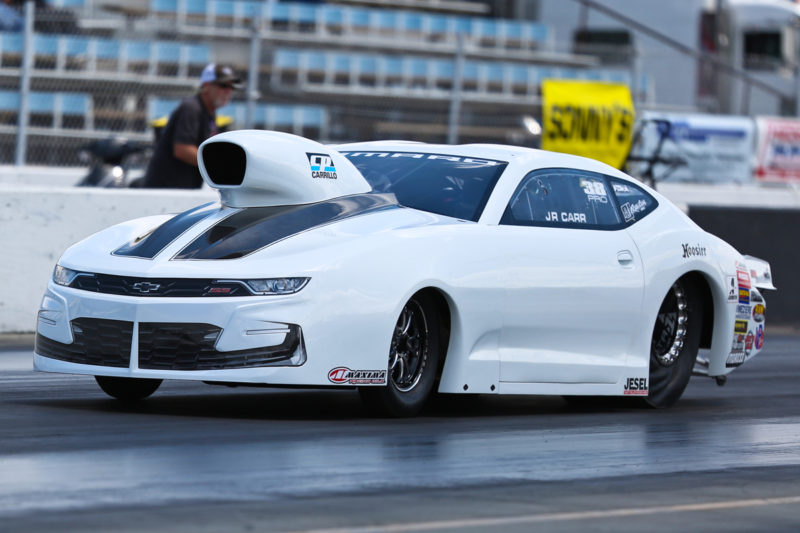 You and JR have been working together for a long time. How rewarding has it been to have that consistent effort turn into strong performance and that first win for JR?

Look, I’ve been with him when he’s won in IHRA one other time before. I’ve won quite a few races. I got more enjoyment watching him win than I ever have from me myself winning. He deserves it. He’s one of those good guys. He’s truly a good guy and he deserves the success he gets. He works hard at it. It just seems like the past few years, we’ve just had some bad luck. We just couldn’t make everything click. It seems as of late this year, we’ve got all eight clicking. Hopefully we can keep it up the rest of the year. That’s the plan.

Talking about the rest of the year, there are two big goals out there for the class: the first official 3-second pass and the PDRA Extreme Pro Stock world championship. Which one of those is at the top of your list?

I’ve had some firsts in my career as far as records and stuff. Probably no one could name that off the top of their head. There’s not many people that remember those firsts, right?

If I had to choose between the two, I’d probably say I’d rather have the championship – for him. For him.

That first 3-second run has been on the radar for a few years. A few people have come close or ran it in testing, but it hasn’t happened in competition yet. What’s it going to take to make that run?

You’re right. Jeff Dobbins ran it in testing two years ago. Chris Powers has come close I don’t know how many times. [Cary] Goforth came close. We’ve had the conditions more than once. We’ve had a good track, we’ve had good air at Virginia. I guess it’s gotta be one of those lucky passes because look how many unlucky people there have been that’ve gone four-flat with a one.

There’s no doubt we’re gonna have the conditions. I think we may have them at GALOT this year because we’re running there in October [at PDRA DragWars presented by Modern Racing, Oct. 8-10]. You could see it at GALOT. The track is good. The air will probably be good. Virginia, definitely. I think this year you’ll see it. There’s no doubt in my mind this is the year it goes away.

There’s no doubt that at one time I really had no sights on it. I wasn’t really thinking about. But now more than ever, I think we have as good a shot at it as anyone else. 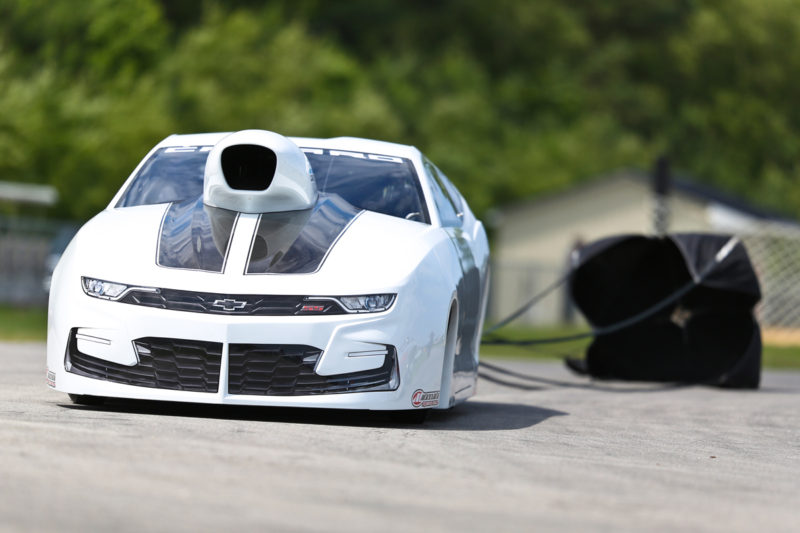