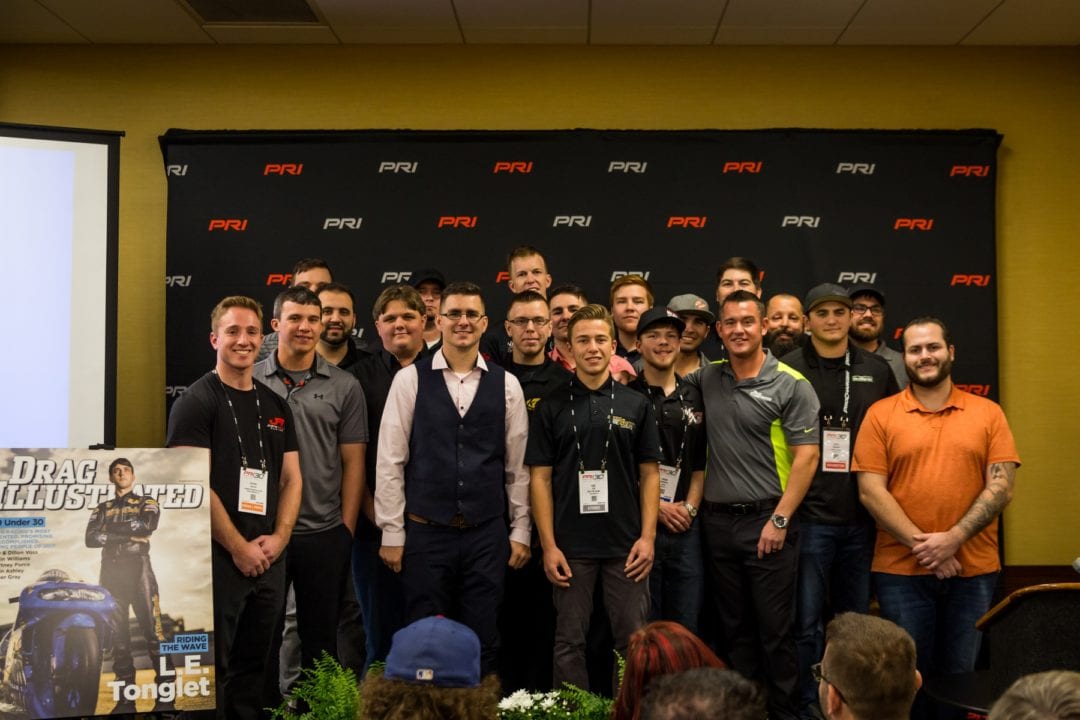 Drag Illustrated announced today that it is now accepting nominations for its 2018 ’30 Under 30’ list. Made up of some of drag racing’s most impressive young ambassadors, the popular ’30 Under 30,’ which is now in its fourth year, will be the main subject of Drag Illustrated’s 2018 December issue, the annual Tomorrow issue. The ’30 Under 30’ Nomination Period Presented by ZP Performance Steering will run through Friday, Oct. 12.

The honorees will again be recognized during a press conference at the Performance Racing Industry (PRI) trade show, which takes place Dec. 6-8 in Indianapolis.

“Our annual ’30 Under 30’ list is something we look forward to releasing each year, and it always amazes me in regards to the number of nominations we receive,” Drag Illustrated Founder and Editorial Director Wes Buck said. “The thousands nominations we get for the young, rising stars in the sport is so thrilling, and just reinforces the fact so we have many young, talented people doing incredible things. It’s just tremendously exciting to see the effort and hard work they’re putting in and also putting a priority on being at the drag strip.”

The 2017 ’30 Under 30’ class was headlined by 2010 NHRA Pro Stock Motorcycle world champion LE Tonglet, while previous ’30 Under 30’ headliners have included Jonnie Lindberg, a two-time NHRA Top Alcohol Funny Car world champ who currently drives in Funny Car, and Pro Stock star Vincent Nobile. In all, there have been 89 different ’30 Under 30’ honorees the first three years.

“We’ve managed to put together such a diverse and talented ’30 Under 30’ list each year, and we’re definitely excited to release the latest honorees in 2018,” Drag Illustrated Editor-In-Chief Nate Van Wagnen said. “It will certainly be a challenge to narrow the list to 30 people, but It’s very gratifying to reveal the honorees at the PRI show. It’s become a highly anticipated press conference during a huge weekend and we can’t wait to have it again this year.”

Nominees must be younger than 30 years old as of Jan. 1, 2018, but the rest of the criteria for Drag Illustrated’s fourth annual ’30 Under 30’ is virtually unlimited. Anyone who is working in drag racing, whether as a driver, crew chief, crew member, sanctioning body or track officials, industry representative or in another facet, is eligible to be nominated for a spot on the ’30 Under 30’ list. Nominations will be accepted starting today through Friday, Oct. 12 via the link below.

“What’s fascinating about the ’30 Under 30’ list, and something I’m proud of, is it’s a list that covers all areas of drag racing,” Buck said. “If you’re a young person and doing something great in the sport, whether as a driver or working behind the scenes, we want to shine a light on those awesome efforts. It’s crucial to shine on a light on the young men and women having a huge impact in the sport because they’re the ones helping to shape drag racing’s future.”

To nominate someone for Drag Illustrated’s fourth annual ’30 Under 30’, please submit your nomination here: www.dragillustrated.com/nominate.