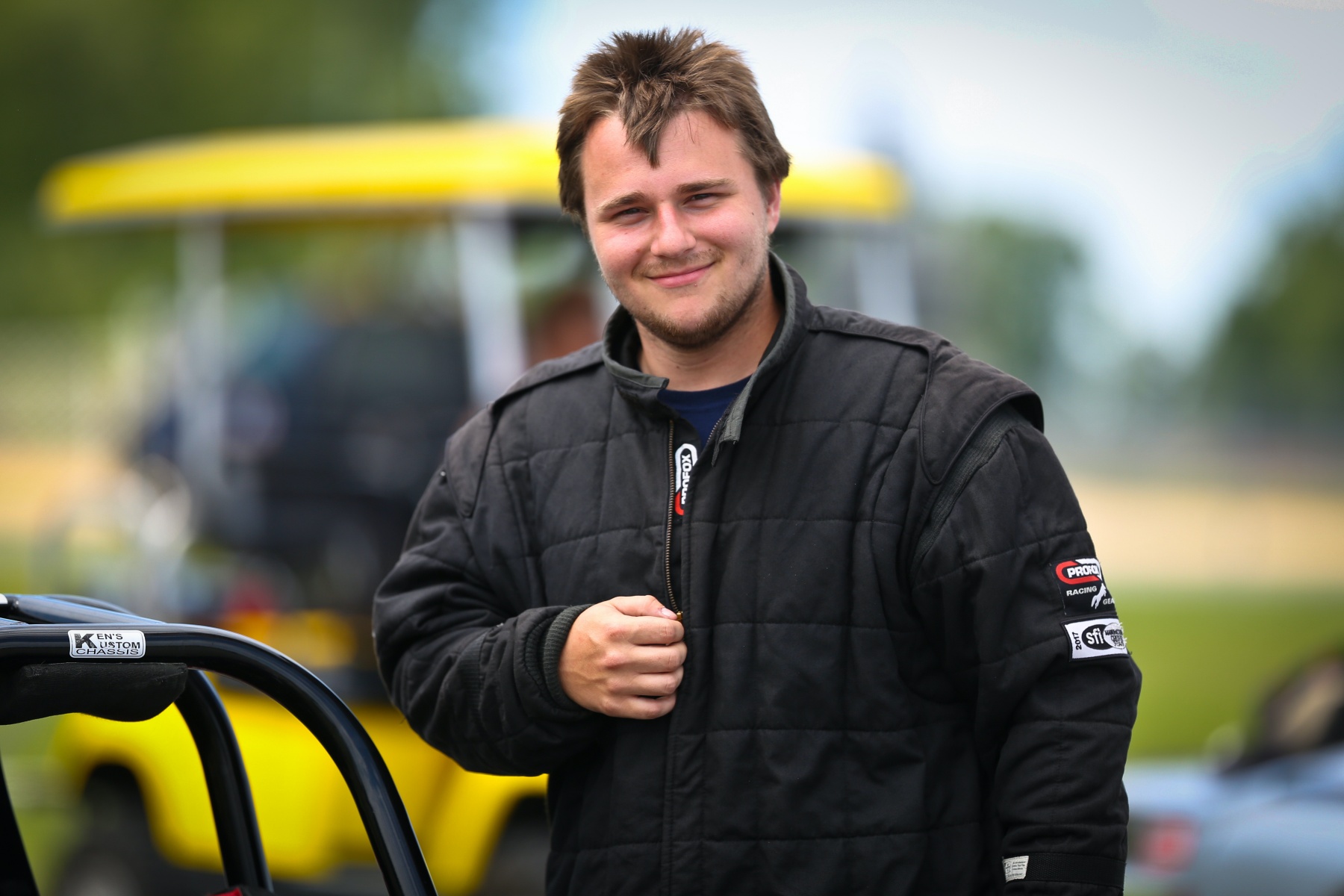 Since the inception of the PDRA in 2014, Jr. Dragster racers have been a part of the program as the rising stars of the sport. Numerous young drivers have graduated from the Coolshirt Systems Pro Jr. Dragster and Classic Graphix Top Jr. Dragster classes to become standout performers in the PDRA’s “big car” classes.

A perfect example of this training system at work is Jarrod Kissinger, a third-generation chassis builder from Bernsville, Pennsylvania. At just 20 years old, he’s a championship contender in Lucas Oil Top Dragster with his nitrous-assisted KKC Performance dragster built in house at the family’s chassis shop, Ken’s Kustom Chassis.

Kissinger spent several years racing in Jr. Dragsters, with a Pro Jr. Dragster win at the 2017 PDRA Spring Nationals at Darlington Dragway among his highlights in PDRA competition. He also won the prestigious NHRA Eastern Conference Finals in 2014 as a 12-year-old.

Kissinger believes his time in the Jr. Dragster ranks properly prepared him for the move up to a big car in 2018.

“It showed me what real tough competition was,” says Kissinger, who was named the PDRA Pro Jr. Driver of the Year in 2017. “For the Pro Jr. Dragster, you had to run on an index. To qualify you had to run as close as possible to 7.90. It helped me figure out what the weather is going to do to the car and how to run numbers. It got me ready to run more professionally, I guess you could say.” 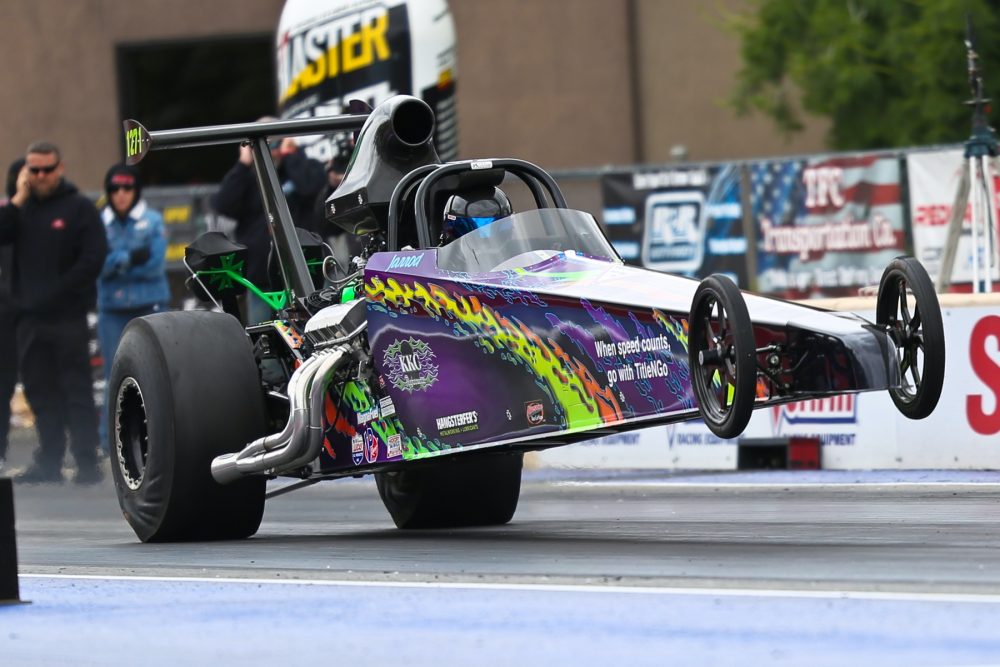 The early education in bracket racing clearly paid off, as Kissinger went to the final round in both Pro Jr. Dragster and Top Dragster in just his second race in the big car, the 2018 North-South Shootout at Maryland International Raceway.

Kissinger has since added multiple late-round finishes, including a runner-up at the 2019 Mid-Atlantic Showdown at Virginia Motorsports Park and a semifinal finish at the 2019 Northern Nationals at Dragway 42. Those performances helped him finish fourth in Top Dragster points that season.

Top Dragster has become one of the “next step” classes for young racers aging out of the Jr. Dragster classes. Other former Jr. Dragster standouts racing with Kissinger include Kimberly Messer, Blake Denton, and Amber Franklin. Like Kissinger, these drivers have also applied what they learned in Jr. Dragster racing to their Top Dragster performance. “It honestly hasn’t changed much,” Kissinger says of lining up against other Jr. Dragster graduates in Top Dragster. “It’s still tough competition.” 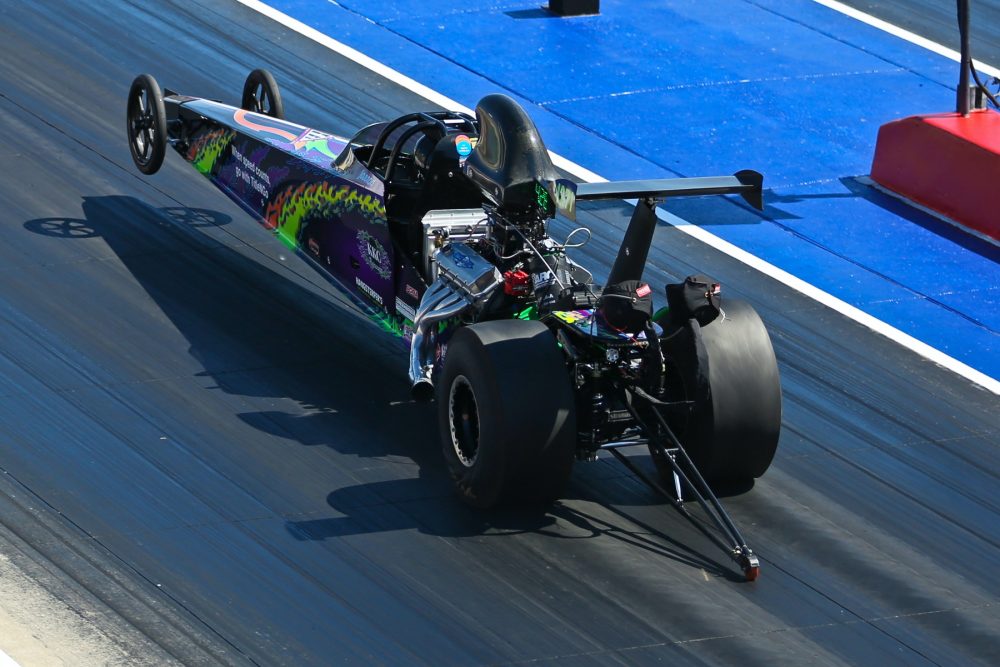 After consistently going rounds at the first five races of the eight-race 2021 season, Kissinger sits fourth in Top Dragster points. He’s chasing Nick Meloni and Rikki Molnar in second and third, respectively, while TG Paschal holds a commanding lead with three wins. “I’m just going to stay focused, stay consistent and keep doing what I know how to do,” Kissinger says of his strategy for the rest of the season.

Outside of racing his own car, Kissinger is also involved with building cars for other racers. He works alongside his father, Kerry, at Ken’s Kustom Chassis, which his grandfather Ken started in 1985. Jarrod does a little bit of everything at the shop, from paint and bodywork to fabricating chassis components and setting up suspensions.

One of Kissinger’s most recent projects was a new Top Dragster build for fellow Jr. Dragster grad Nicole Zuccarelli. The Kissingers had to work long hours to get the car completed in time for Zuccarelli to make her debut in the car at the inaugural PDRA American Doorslammer Challenge at Summit Motorsports Park in late May.

“We got it back from powder coating on Monday before the race,” Kissinger says. “By Wednesday it was completely wired, plumbed, fired up and ready to go.” 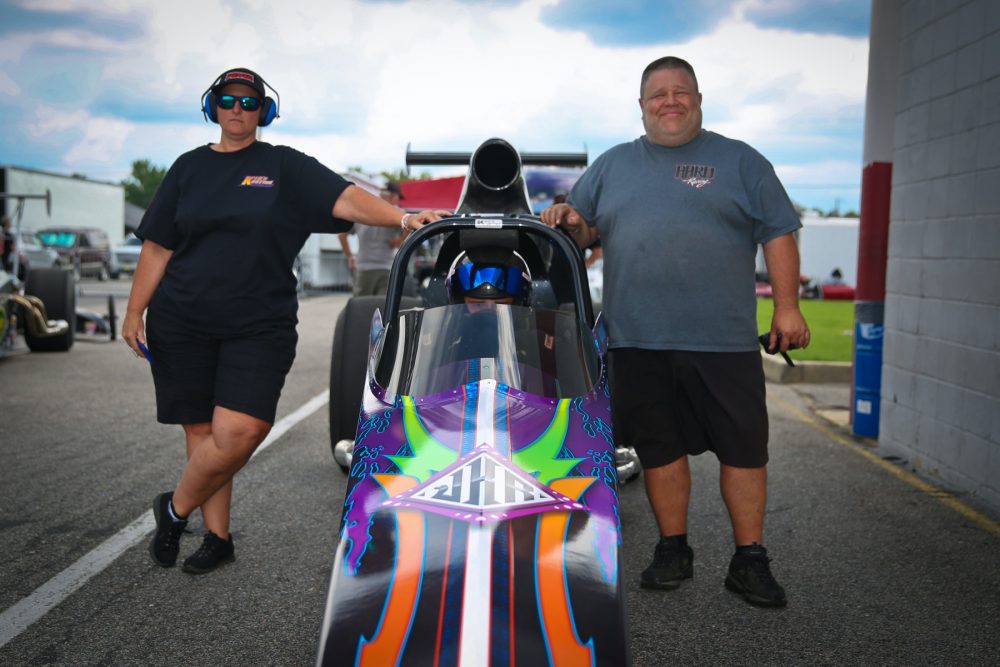 Jarrod with his parents, Sharon and Kerry

Long, hard hours of work aren’t uncommon for Kissinger and his family-based team, which also includes his mom, Sharon. They have a growing waiting list for projects like dragsters, street cars, imports and more. Between running the shop, racing the full PDRA schedule, and competing at various local events, the family stays busy but makes sure to enjoy themselves at the same time.

“We have a waiting list of big jobs like complete cars to build that’s out to August of next year,” Kissinger says. “It’s really stressful most of the time, but it’s also really fun.”