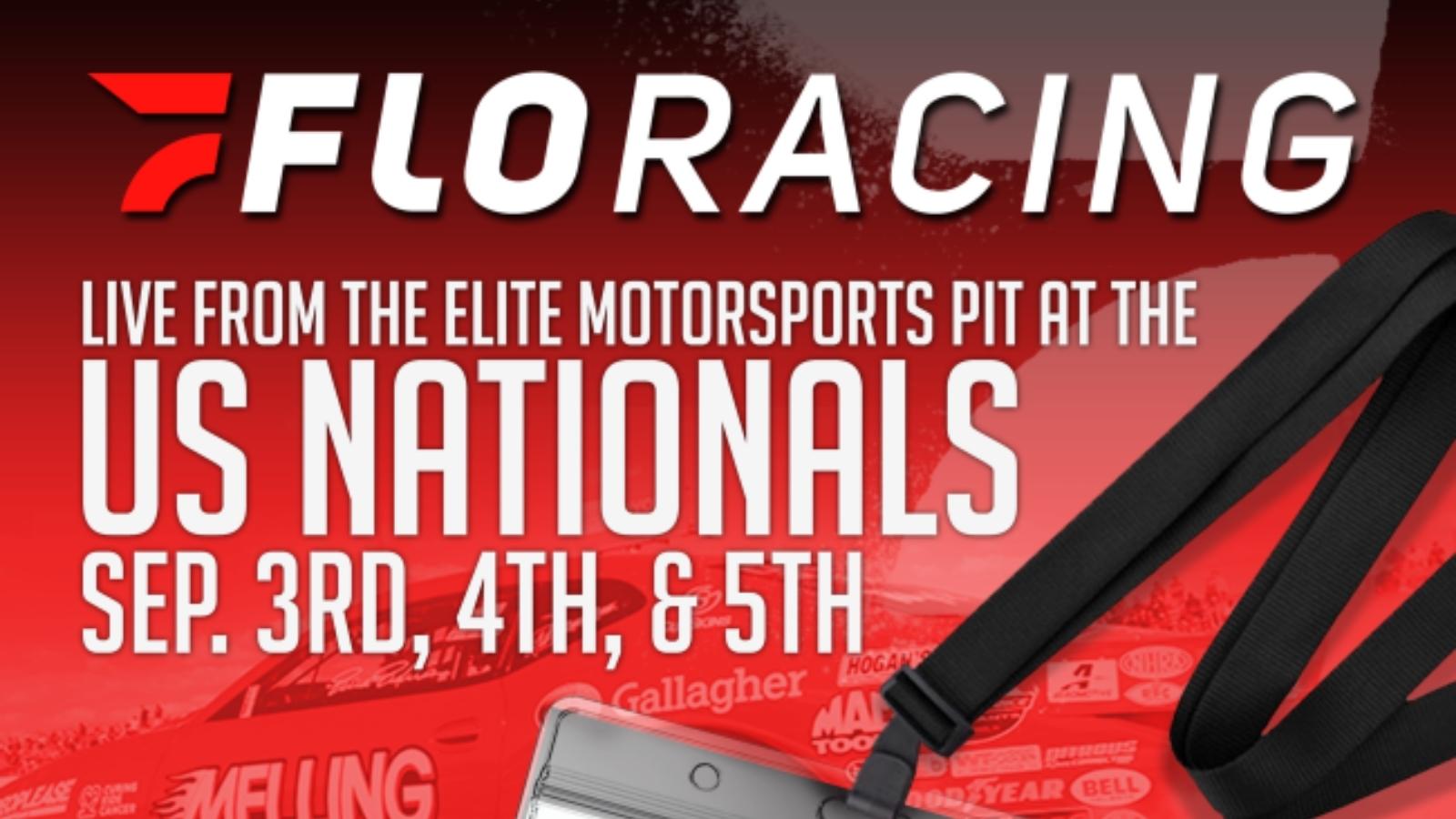 FloRacing is proud to team up with Richard Freeman’s Elite Motorsports to give you a live, behind the scenes look pit-side at the US Nationals September 3-5 from Lucas Oil Raceway. NHRA’s largest professional team has invited FloRacing to step behind the ropes of their eight-car mega-team for an all access ‘Team Elite Pit Pass’ at the biggest, baddest, most prestigious drag race on the planet.

This one-of-a-kind event will grant you a FREE all access pass to the pits of Elite Motorsports teams and stars as they contest for another US Nationals Championship! Elite’s roster includes legends as well as up-and-comers including:

For three days FloRacing’s Courtney Enders will guide you through the pits where you will see in-between round action including engine swaps, Crew Chief meetings, transmission buildings, clutch maintenance, inter-team battles and more from Lucas Oil Raceway as each team fights their way through the final regular season race to lock into The Countdown To The Championship.

To watch this never before seem glimpse into drag racing’s ‘best of the best’ tune into FloRacing.com Saturday, Sunday, and Monday and exclusively get to know Team Elite. To see the cars on track, head over to NHRA.tv during the scheduled Pro Stock runs, but be sure to head back to FloRacing.com to see how the team makes it happen on the quarter mile.

Cast: Cast to your smart TV including Vizio, Samsung and LG TVs.

On The Go: Download the FloSports app on iOS or Android.