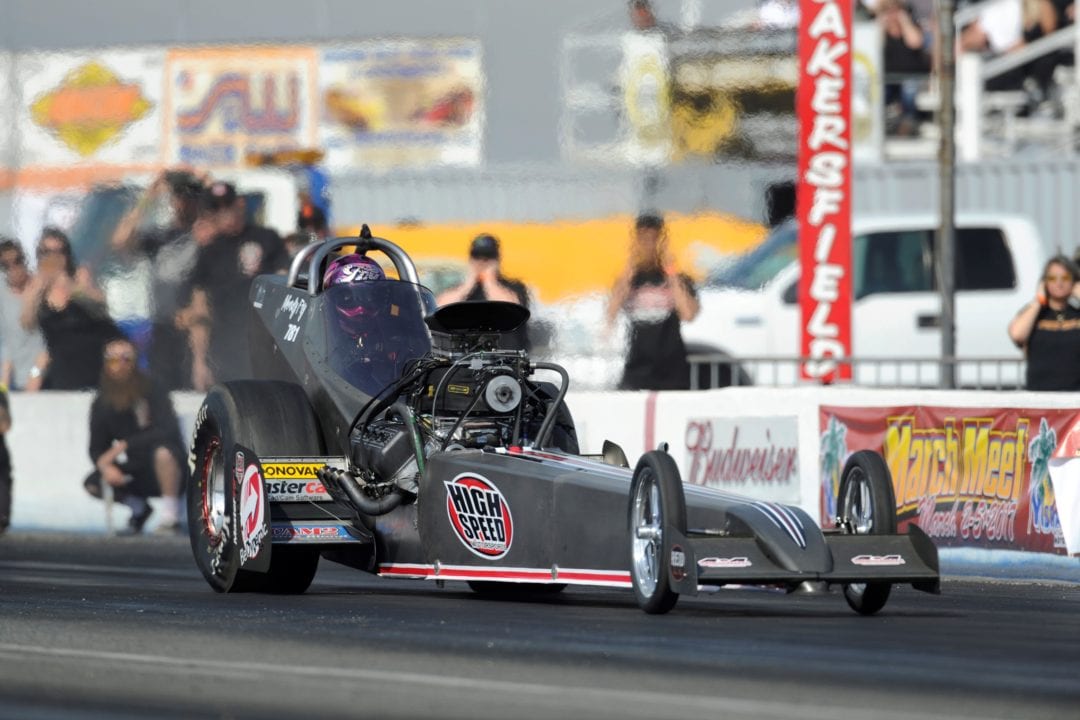 An impressive season by Mendy Fry has already led to her accomplishing a longtime goal in Nostalgia Top Fuel, while Bobby Cottrell is close to doing the same in Nostalgia Funny Car, meaning both standouts plan on doing plenty of celebrating at 27th annual California Hot Rod Reunion® presented by Automobile Club of Southern California, which takes place Oct. 19-21 at Auto Club Famoso Raceway in Bakersfield, Calif. In all, more than 400 cars are scheduled to take part in the activities at the event, making it the largest field in the event’s storied history.
Fry has already clinched her first Top Fuel world championship in the NHRA Hot Rod Heritage Drag Racing Series, while Cottrell holds a commanding 92-point lead in Funny Car, leaving him on the cusp of his first world championship in the class as well. It’s been a banner year for Fry, who has put together impressive performances time and time again, winning two races in 2018. But even with the championship clinched, Fry is chasing another top performance in Bakersfield.
“It’s a total celebratory weekend, but we’re not going to the (Hot Rod Reunion®) just to sit on our butts and celebrate,” Fry said. “There are real rivalries that have formed this year and clinching the title early has only intensified that. For me, winning the title makes it even more important to do well at this race. We’ve had a great season and to go and lay an egg at the reunion would really be anticlimactic. I feel like we can go and kick some butt.” 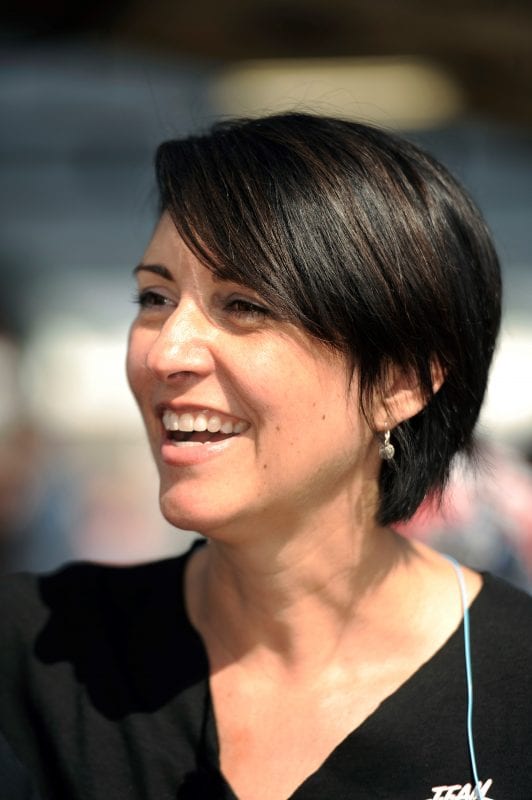 That’s been the theme this season for Fry, who has enjoyed immense success driving the High-Speed Motorsports dragster for Tom Shelar. After racing in Nostalgia Funny Car, Fry went back to the Top Fuel ranks in 2017, joining up with Shelar for a memorable campaign. She won the March Meet in Bakersfield that year, finishing second to Jim Young in a tight points battle. But this season Fry and her team have been a step ahead, consistently running low E.T. and top speed at nearly every event, going to four final rounds. While it’s already been a dream season for Fry, winning the Hot Rod Reunion® would be the ultimate capper to the season.

“This title belongs to the team,” Fry said. “They’ve upped the bar for me as a driver, and thankfully I haven’t screwed it up this year. The thing that’s really helped is getting to know the car. They’re giving me something that repeats and because the team is so consistent and the maintenance on the car is second to none, it’s really upped my confidence level. I love this track and going there. My first Top Fuel win happened at the March Meet and it feels like I’m home there.”
Driving for the legendary Bucky Austin for the second season has brought out the best in Cottrell, who enjoyed success in A/Fuel and 7.0 Pro before moving to the Funny Car ranks. Now, he’s on the verge of his first championship, a fact that still hasn’t sunk in yet.
“It’s like a dream come true,” Cottrell said. “If you would have told me I would have a chance to win a championship my second year driving Funny Car I would have laughed in your face. It’s just been a dream season and I’m trying not to screw it up. Everybody just clicks on the team. Everyone has a job to do and they’re very good at it, and having Bucky on my side, his direction and leadership has really made the biggest difference in my driving the last couple years.”
Cottrell jumped at the opportunity to move to Nostalgia Funny Car and drive for Austin a year ago, and he’s come into his own this year alongside the talented team. Cottrell won the March Meet in Bakersfield and has seven overall wins in 2018, including a number of victories in the NHRA Hot Rod Heritage Drag Racing Series. He still has a tiny bit of work to do to clinch the championship at the Hot Rod Reunion® over Shawn Bowen, but Cottrell is still aiming for a big result.
“Bucky is just very aggressive and he just gets me intense, gets me fired up,” Cottrell said. “Like I tell the crew, this (opponent) is trying to take what’s mine and I’m not going to let it happen. I’m glad he gave me the opportunity and I’m just excited about it. Just the way he’s explained stuff, he’s really easy to understand. I build cars for a living, so we connected in that aspect and it’s worked out so far. Everyone on this team is passionate and I don’t want to let them down.”
High-stakes excitement and thrilling action will take place in much more than Nostalgia Top Fuel and Funny Car over the weekend as well, as the race provides drag racing fans with nostalgia quarter-mile nitro racing and a full display of California hot rod culture. During the weekend, 12 categories will be contested, including Top Fuel, Funny Car, A/Fuel, supercharged Gassers, classic Super Stock, Hot Rods and more. Hot Rod Heritage champions will be crowned and fans will enjoy the record-breaking participant list, delivering some of the best nostalgia racing of 2018.
The weekend will also include the famous Cacklefest® that will feature the popular exhibition push starts throughout Friday and Saturday. With dozens of classic nitro-burning Top Fuel and Funny Cars roaring to life and flames filling the sky, it makes for one of the biggest highlights of the race.
Kelly Brown, the 1978 NHRA Top Fuel world champion, will be the 2018 Grand Marshal for the event, while other honorees at the annual fan-favorite event include Bob Brandt, Jerry Darien, Jim Murphy, Rick Voegelin and Dave Wallace Jr. The Honoree Reception will take place at the Doubletree Hotel at 7:30 p.m. on Friday, Oct. 19. Admission is free.
For those who can’t attend the dynamic event be sure to catch all the action on D3TV during the course of the weekend. Action begins on Friday and can be found https://youtu.be/oINhN6EW1kc.
The 27th annual California Hot Rod Reunion® presented by Automobile Club of Southern California opens at 8 a.m. on Friday, Oct. 19, with Nostalgia Funny Car and Top Fuel dragster qualifying sessions taking place at 11 a.m. and 3 p.m. The third and final qualifying session takes place at 12 p.m. on Saturday, Oct. 20, with the first round of eliminations slated for 3 p.m. The static and push start Cacklefest® parade and presentation follows at 6 p.m., with eliminations concluding on Sunday, Oct. 21.
Tickets for the 27th annual California Hot Rod Reunion® presented by Automobile Club of Southern California are on sale to the general public. Tickets are $75 for a three-day pass and $25 for a single day. Children 15 and under are free with a paid adult. AAA members can save even more on this event by entering their first three digits of their membership card at checkout. Tickets can be purchased at www.NHRA.com/HotRodReunion.