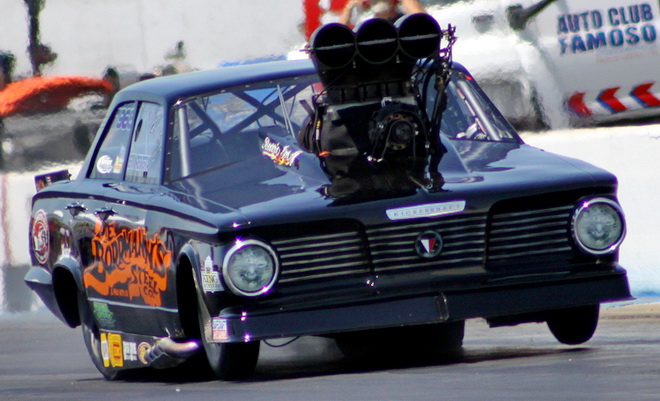 For many years, back to the very beginning of the West Coast Outlaw Pro Mod Association (WCOPMA), everyone on the West Coast has been trying and hoping for a 16-car field to happen.

The wait may finally be over, as announced last week were 18 pre-entered cars for this weekend’s (July 18-20) NHRA Division 7 Drags event at Sonoma Raceway.

The five turbo cars entered (Berry, De Young, Oksas, Piazza & Zehring) will have a special side bounty to aim for by resetting the WCOPMA Turbo ET record (currently held by Oksas at 6.04). A total of $1,300 was collected for a “winner take all” thanks to the following companies: Bunker Race Cars, Hogan’s Racing Manifolds, Precision Turbo & Engine, Pro Line Racing, Racing Media Solutions, www.TurboBullet.com, Turbopunk and ZMOD Performance.