TOPEKA, Kan. (June 12, 2019) – Kyle Fickler has been with Aeromotive Fuel Systems since the company opened in 1994, and he got to celebrate the company’s 25th anniversary in style last weekend at Heartland Motorsports Park during the NHRA Heartland Nationals.

Racing in Topeka, just an hour from Aeromotive’s Lenexa, Kan. headquarters, the weekend was a big one for the company, and Fickler’s win in Super Comp was the perfect capper.

Fickler, who is the Director of Business Development at Aeromotive, picked up his second career NHRA national event win – and first since 2003 – going 8.913 at 161.63 mph in the final round.

“I’ve got a smile on my face that’s probably not going to go away for a while,” Fickler said. “To win during Aeromotive’s 25th anniversary, I couldn’t have planned it any better. It was a pretty special day and I feel fortunate to be able to close the deal.”

Added Aeromotive Founder Steve Matusek: “For him to bring the Wally home at our home track, it’s truly rewarding. Hats off to Kyle because he did a great job.”

The Aeromotive camaraderie was evident throughout the successful weekend at Heartland Motorsports Park, both on the track and in the pits.

The company had another long list of winners using their industry-leading fuel delivery systems and components, while Fickler and Matusek also enjoyed success.

In the pits, it was another opportunity to talk with fans and racers about the brand, and Matusek commended all of them for a job well done.

“Our staff did an unbelievable job entertaining everyone,” Matusek said. “A lot of times these home races are very difficult, but they did a great job. That’s just our company and how all of us operate. It’s truly impressive.”

Fickler said the mixture of business and racing is something he enjoys most about a race weekend in Topeka. The company is engrained in motorsports and that pays dividends, both in company culture and with the innovative products Aeromotive produces.

“If I was just there to race, I wouldn’t race as well,” Fickler said. “We all play a lot of roles and we were all there at the track to be productive. Nobody is there who’s just along for the ride. It’s very much a company of enthusiasts and that’s the culture there. It’s a unique element that has made the company successful, and I’m proud to be with a company that supports the sport like they do.” 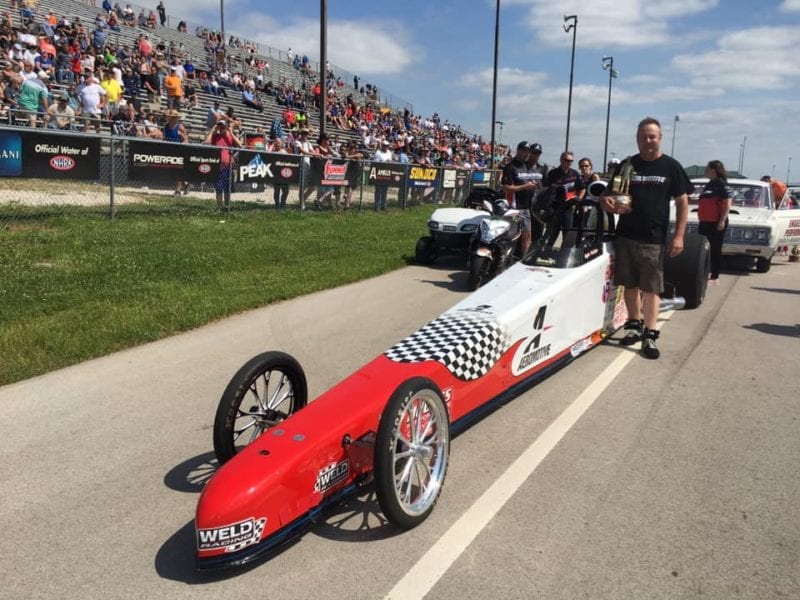 A parts failure on the starting line before his second-round matchup prevented Matusek from advancing further, but he remains excited about the team’s progress.

“Our confidence going into round two was very, very high, but it was just one of those unfortunate things,” Matusek said. “But we were getting applause in the stands for our efforts, and that was truly rewarding to see.”

More applause came later in the day for Fickler, as his Aeromotive colleagues cheered him on en route to the victory. They all celebrated the win with him, but Fickler felt something special was in the air all day.

“I was just at ease all day,” Fickler said. “I’ve been doing this for 30 years, but sometimes you get in the car and things feel good. It was just a great weekend.”