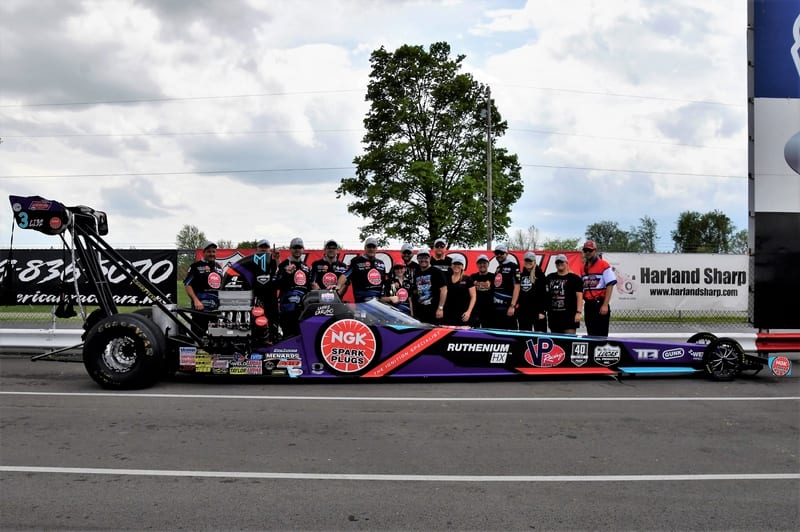 Camrie Caruso entered the Lucas Oil Drag Racing Series 13th annual Cavalcade of Stars presented by Budweiser with teammate Julie Nataas. Julie had won the weekend prior in Columbus, Ohio, but this time it would be the rookie Camrie who got the win in Norwalk.

With only one race in the Top Alcohol Dragster category under the Randy Meyer Racing camp, Caruso powered to the third qualifying position with a 5.33 ET at 277 mph, inches behind Nataas, who also ran a 5.33 ET for the number two spot. Both teammates won their first round matchups, but were then paired up to race against each other in the semifinals. Caruso got the win with a 5.38 ET at 273.

“For the first round, I raced JP Gutierrez and he had a .006 reaction time on the starting line, so he was a little bit up front when we left,” Caruso said. “I was 0.069 on the tree, but we got around him around half-track for the win. Then, in second round, I raced Julie and she was 0.059 and I had a 0.062 reaction time, so we were pretty close at the starting line, but then she went up in tire shake pretty bad and pedaled it, which gave us the advantage, but we were pretty close at the finish line as well.”

Moving onto the final round, just two months after she received her NHRA license to compete in the injected nitro dragster in March, Caruso defeated Will Smith in the Dave Hirata-tuned dragster.

“Going into the finals, I was so excited and couldn’t believe it. I had faced Julie the round prior and was a little nervous because she is a great racer! I told myself to just look at it as another run. I had my best light since I have been in the A/Fuel car in the finals,” Caruso said.

“I want to give a special thanks to my dad, Marc Caruso, for the opportunity he has given me to chase my dreams; Papa Joe and Kristi for always making sure they can be there to support me; Lee and Hank for supporting me in whatever car I am in that weekend and always making a point to be at my races, and Lucas Oil, VP Racing Fuels, Simpson, and NGK Spark Plugs for their continued support throughout the years,” Caruso said.

Camrie will return to Rochester, NY where she studies Business Administration at SUNY Empire State College and works at Kornerstone Kitchens. She plans to return to the Randy Meyer-tuned Top Alcohol Dragster later on in the year to compete at another Lucas Oil Drag Racing Series Regional event. In the meantime, Caruso will be working hard to continue to find sponsorship and study her driving routine while watching videos of the runs she made at the Cavalcade of Stars event. 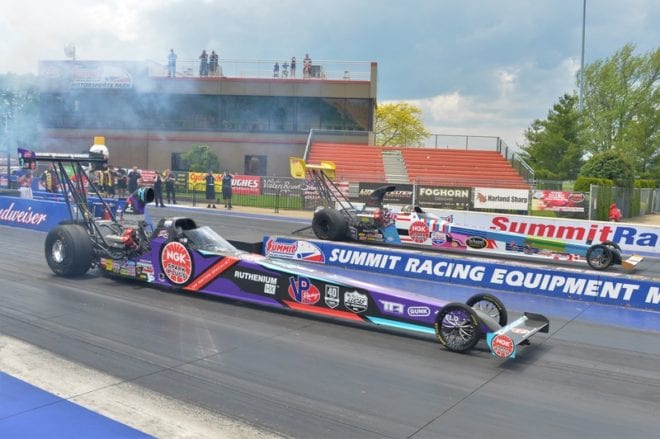