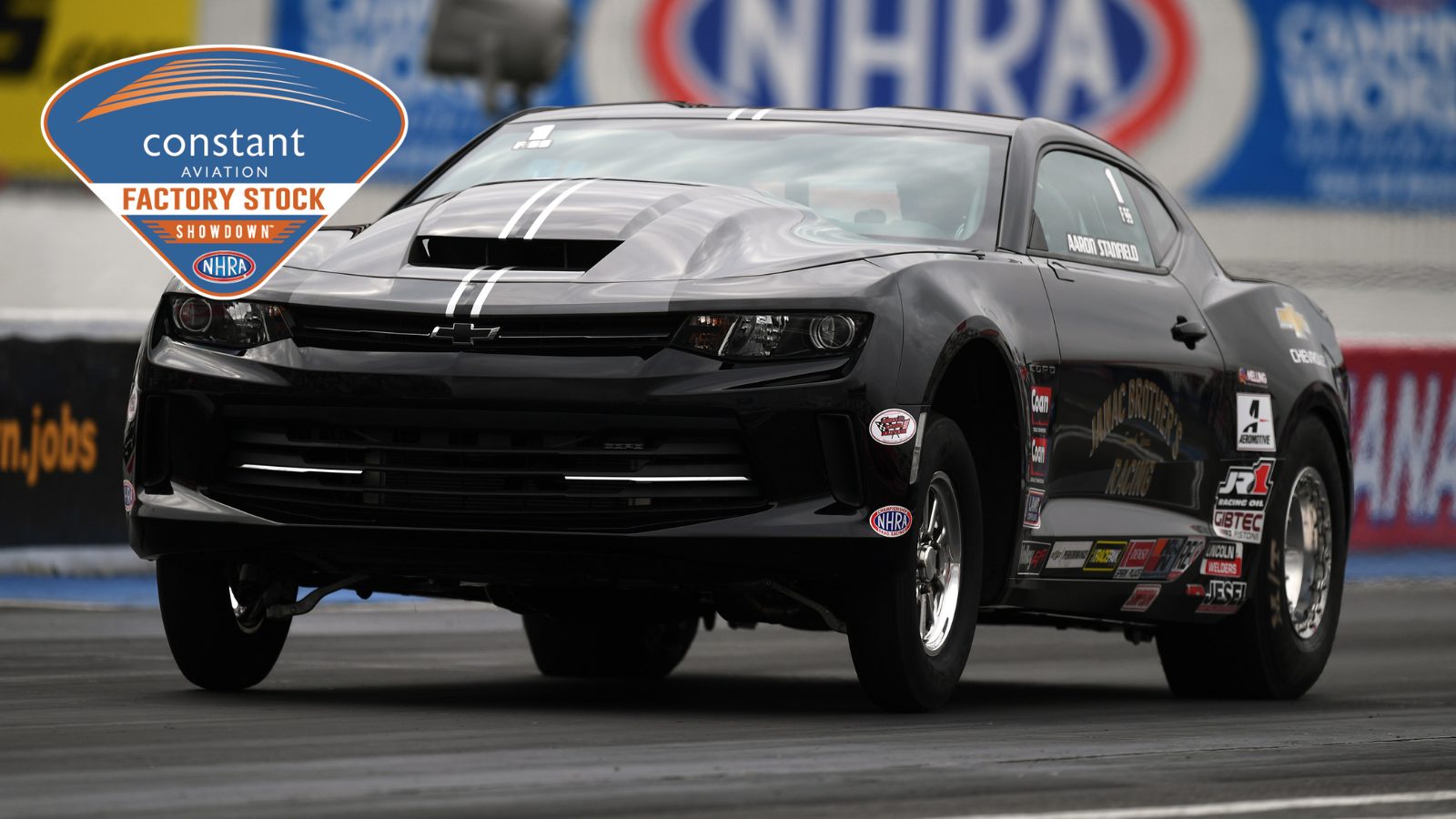 David Barton, a Robesonia, Pennsylvania native, and his Saw Mill Auto Chevrolet COPO Camaro picked up the most recent event victory, the U.S. Nationals in Indianapolis and in doing so took over the points lead from Bill Skillman and his Ray Skillman Ford Cobra Jet, who defeated in the quarterfinals to receive the $1,000 bounty through the Constant Aviation Factory Stock Showdown Bounty Program. Barton will now carry the bounty until he is defeated in an elimination round, something he hopes won’t happen anytime soon.

“We’re really excited to be racing the Factory Showdown at our home track because there are a lot of Factory Stock Showdown fans in the Northeast that haven’t seen these cars run since the Englishtown days,” Barton said. “This class is bigger and better than ever. The competition is fierce and it’s going to take everything I have to stay in the No. 1 spot. I’m not going to put too much pressure on myself, I’m just going to do my own thing and keep a clear head.”

Barton holds only a 55-point lead over Skillman in the points with Aaron Stanfield, the defending series champion, and his Stanfield Racing Engines COPO Camaro sitting in third, 186 points back from the lead. After securing the No. 1 qualifying position and reaching the finals against Barton at the U.S. Nationals, that 186-point deficit isn’t unsurmountable for Stanfield who is also competing in the NHRA Pro Stock category.

“I think some crazy things would have to happen for us to win a championship, but we are still focused on going out there and winning,” Stanfield said. “I feel like we have a good of chance as anyone to win this weekend and that is our goal.”

With just two races left in the 2022 Constant Aviation Factory Stock Showdown season, the results of the Pep Boys NHRA Nationals could be very telling in the grand scheme of the championship hunt. The racing action at Maple Grove Raceway will begin with qualifying rounds Friday at 4:15 p.m. and Saturday at 11:30 a.m. and 3:15 p.m. Eliminations will begin with round one on Saturday at 5:45 p.m. and continue Sunday at 12:10 p.m.