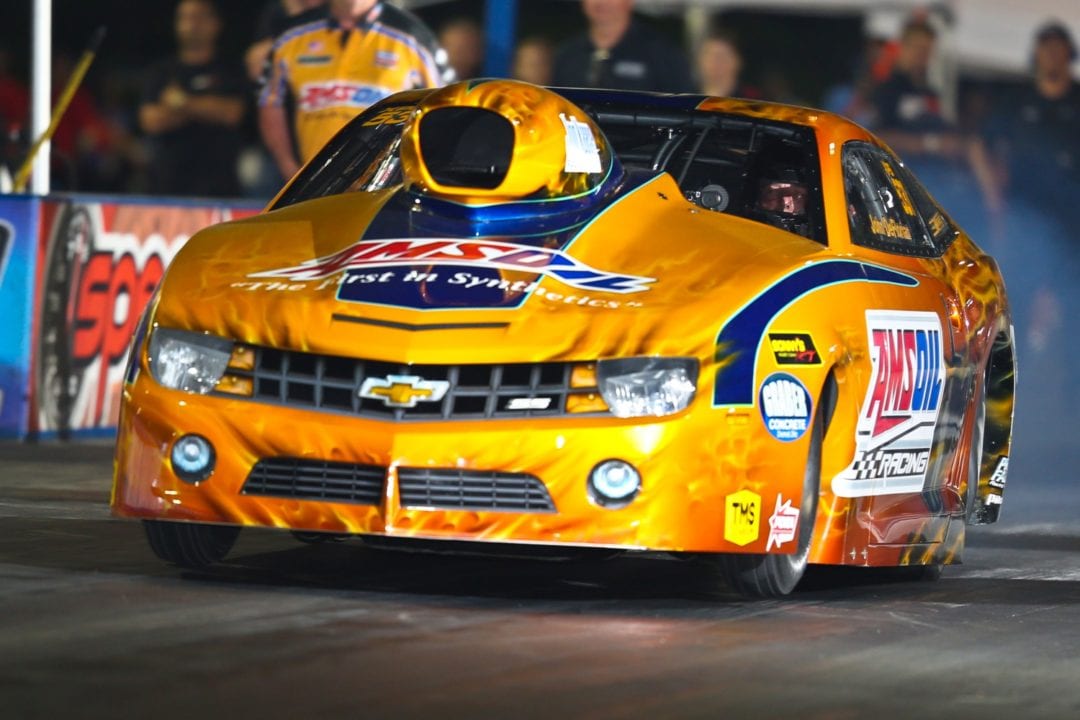 The Professional Drag Racers Association (PDRA) will race in the Buckeye State for the first time this weekend at the inaugural PDRA Super Strip Nationals, July 19-21, at National Trail Raceway. The all-eighth-mile event will feature competition in several professional and sportsman categories, as well as a performance by Nashville recording artist PJ North.

One of the stars to watch this weekend is John DeFlorian, who’s having a career-best season in Liberty’s Gears Extreme Pro Stock. Driving the Amsoil ’16 Camaro, DeFlorian raced to two No. 1 qualifying positions and his first-ever PDRA win in the first four races of the season. His goal for the Super Strip Nationals is to rebound from a first-round loss at the PDRA Firecracker Nationals at Virginia Motorsports Park last month. 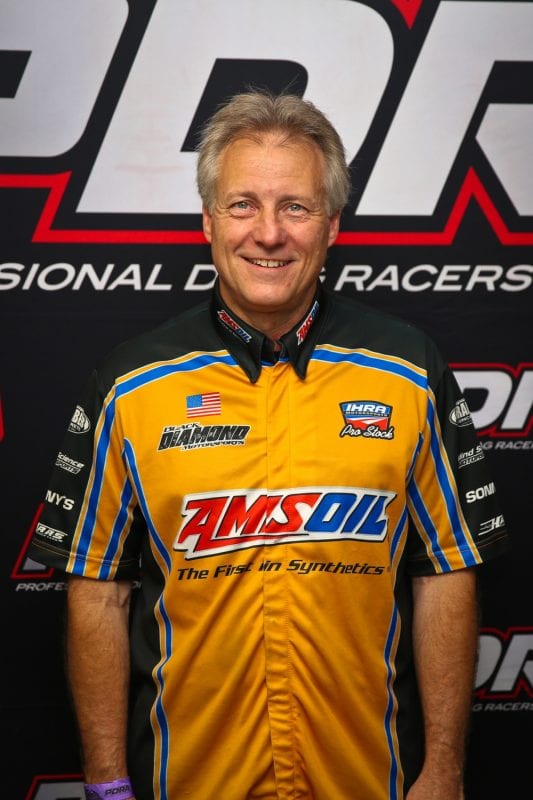 “We’ve had a really good start to the season,” said DeFlorian, who last raced at National Trail Raceway in 2009. “We stubbed our toe a bit in the first round at the last race in Virginia. We hadn’t been shaking the tires all year until that first round, and we were puzzled by that. We figured out what had happened when we got back to the pits, so going into Columbus, I’m feeling optimistic and I’m looking forward to it. If we just stay focused on doing what we’ve been doing all season, I think we should be OK.”

DeFlorian is right around one round away from the Extreme Pro Stock points lead, currently held by Virginia winner and 2016 world champion John Pluchino. Standing between the two is season-opener winner Elijah Morton, just 8 point behind Pluchino. DeFlorian believes the Super Strip Nationals will be a pivotal point in the overall season points championship chase.

“We’re going into the fifth race of the season and you have five cars that are stacked up together in points,” DeFlorian said. “Anyone who stubs their toe can go from No. 1 in points to No. 3 or 4 in points real fast. It’s going to ramp up the pressure on everybody. We’re all looking at that championship. This race is really going to set the tone because we’re going to have a five-week break after this race, then a dash for the last three races.

“I think you’re going to see a dogfight. Anyone who walks out of here with the points lead – or at least doing really well, going rounds – is really going to have an edge over everyone else going into the last three races.”

In addition to Extreme Pro Stock, the PDRA Super Strip Nationals will feature the 3.6-second, 200-mph doorslammers of Switzer Dynamics Pro Nitrous presented by MoTeC and Moroso Pro Boost. Drag 965 Pro Extreme Motorcycle and East Side Auto Transport Pro Outlaw 632 round out the professional categories. Sportsman racers from around the country will face off in MagnaFuel Top Sportsman, Lucas Oil Top Dragster and Edelbrock Bracket Bash, while the future stars of the sport will race for a “660 Man” trophy in Coolshirt Pro Jr. Dragster and Gilbert Motorsports Top Jr. Dragster. Atomizer Racing Injectors Outlaw 10.5 racers will also join the mix for their third of four races on the 2018 PDRA Tour.

PDRA will offer open testing for all Super Strip Nationals competitors Thursday from 10 a.m. until 7 p.m. Qualifying will begin Friday with sportsman classes starting at 9:30 a.m. and professional categories at 12:15 p.m. The third and final pro session is scheduled for 8:15 p.m., followed by the PJ North concert. Sportsman final qualifying is set for Saturday at 9:30 a.m. Professional eliminations will begin at 2 p.m., with the final round for all classes scheduled for 9:30 p.m.

Tickets to the PDRA Super Strip Nationals are available for $10 for Thursday testing, $20 for Friday qualifying and $25 for Saturday eliminations. A weekend pass, good for all three days, is available for $40. Children 12 and under get in free. Tickets are available at the gate or online at www.pdra660.com.