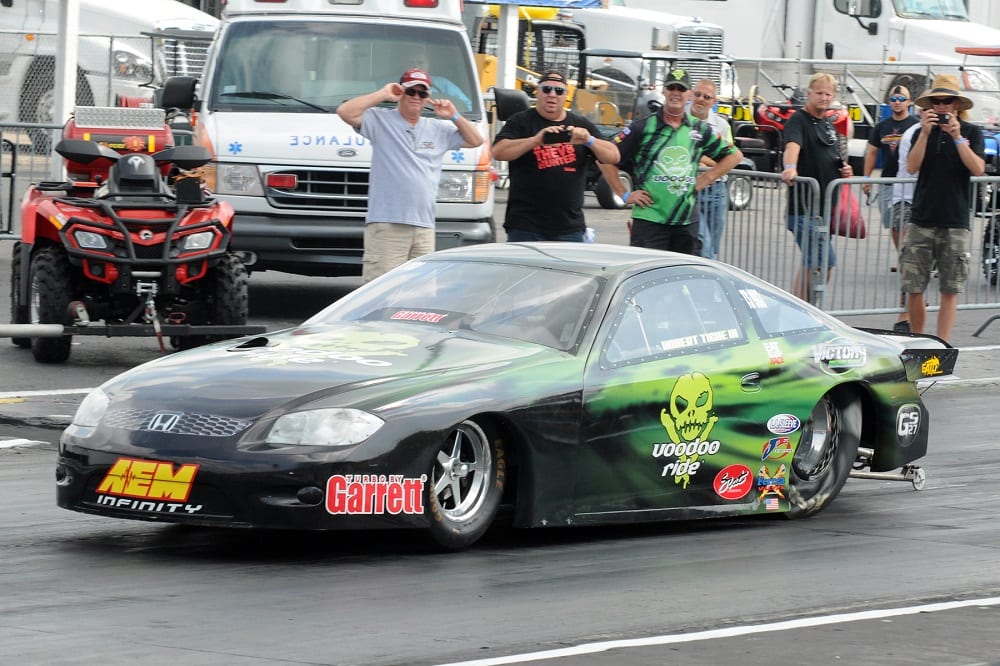 Robert Tighe Racing has announced its plans to run the majority of the PDRA events this year. The team fields an ’07 Toyota Scion TC, Toyota 2JZ inline six-cylinder, 94mm gen 2 Turbo by Garrett and driven by Robert Tighe III. Team owner Robert Tighe (pronounced TIE) says the North Carolina-based team will compete at the six eastern-most events on the tour and to expect to see several other import teams join the Pro Boost ranks this year.

Teams like Mech-Tech and EKanoo Racing brought their unique import flavors to the mix in 2016, with their solid performances paving the way for more diversity in the Pro Boost ranks.

“We love the variety of cars in Pro Boost,” stated Bob Harris of the PDRA. “We want a place for imports to compete with us and Pro Boost allows that in our professional ranks or Top Sportsman in our sportsman classes. Imports have their own unique following, so we hope those fans will take a look at teams like Robert Tighe Racing as they venture over to the PDRA. It is really something to watch one of these small import engines compete against other turbos and blown engines of the traditional domestic cars.”

Tighe is looking forward to running more with the PDRA this season. He feels imports aren’t very accepted in mainstream drag racing, but hopes that appearances with traditional drag racing series like the PDRA will help bring more attention to import racing. “Imports bring additional excitement,” Tighe noted. “We’re seen as the underdogs. And people like that. I probably won’t win a race. I’ll be tickled pink if we even qualify, but we’ll get a crazy amount of feedback from our social media. My social media impressions for World Cup were 270,000. Those were the likes, views, and comments for one race.

“When I ran my Honda, the engine in it came out of 1999 Civic,” Tighe continued, explaining his thoughts on import popularity. “Everybody’s got an aunt or uncle that owns a Honda Civic. We set the world record with it running 4.50 at 160 miles an hour. We ran the quarter at 201 mile an hour on an engine that was developed in 1989 and was 121 cubic inches. What we can do with our small engines is pretty impressive. Everybody can relate to these cars. And that gives us an edge on bringing in more people to the events. Our import events across the country are packed. At the World Cup there’s tens of thousands of people. That happens at every major import event in the country. Import racing has come a long way. Fan interaction is second to none. It’s very professional. Technology is always growing. It’s a unique aspect of drag racing that has it’s own following of people from all over the world.”

Like it is for so many PDRA racers, Robert Tighe Racing is a family affair. Tighe’s wife and brother-in-law share the racing passion, supporting the father/son team. Tighe III not only drives, but is also the main fabricator and tuner for the Scion GT. His marketable skills have also earned him a seat driving an X275 radial car this season.

The Tighe family will be at the PDRA season opener March 10-11 at South Georgia Motorsports Park. Follow their progression as they get ready for the 2017 season on the Robert Tighe Racing Facebook page.

“I think it’ll be great to have more imports run with the PDRA this season,” added Tighe. “I’m really pumped for what the PDRA is doing.”