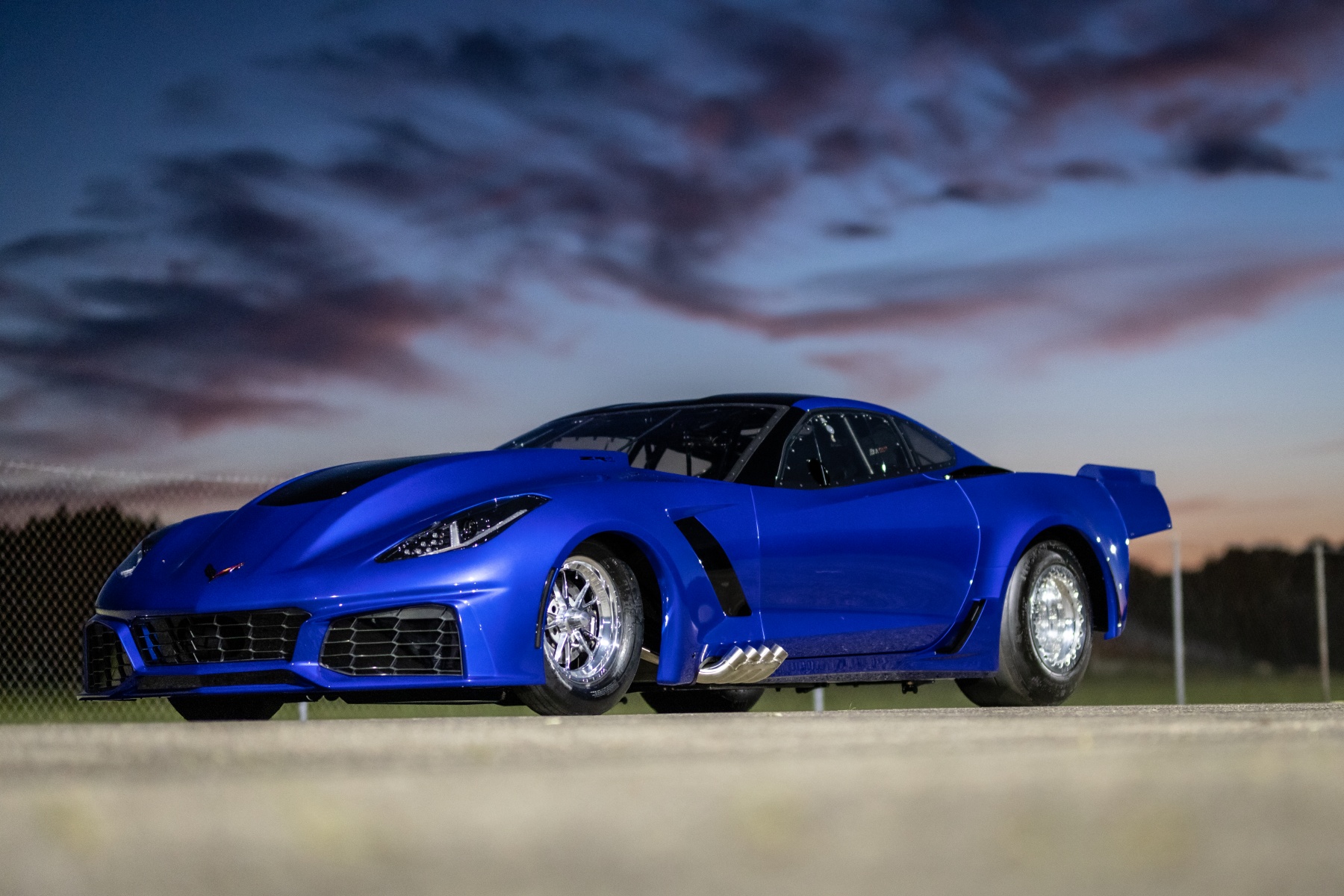 It takes only one conversation with Tim Dutton to understand that he is a man of principles guided by a strong sense of personal responsibility and attention to detail. That precise nature is on full display throughout the incredibly detailed work of art seen here, as Dutton has collaborated with the best in the business of drag racing to develop a racing program that would immediately be on the pace in a variety of racing classes from the radial world to PDRA Pro Street. The program includes this incredible, one-of-a-kind RK Racecraft-built C7 Corvette, stuffed full of the latest Pro Line Racing Hemi engine and fronted by a ProCharger F4-140 supercharger—among other state-of-the-art items onboard the spectacular Chevrolet.

Dutton’s previous race car, a fourth-gen turbocharged Camaro that was raced in X275, was a well-built piece that served him well over several seasons. But when he wanted to step up to the big-dog classes of Radial Vs. The World and PDRA Pro Street, he knew that he needed a different weapon. The decision to develop this specific weapon came after a test session with the Camaro—which nearly prompted a complete departure from racing.

“We had a private test session down at MIR and we came off the trailer and picked up where we left off and improved on it quickly. That car had been modified with a complete overhaul three times. At that test session, we were still on Holley EFI and we decided we were going to make the swap to FuelTech when we got home,” says Dutton.

The test session continued, but not to his liking.

“Then we had a parts failure. When I got home, we took the car apart. I stripped all the wiring out and there were small, little things that nobody ever noticed about that car, that I just didn’t love, and I knew what it was going to take to fix them. And I knew how far I’d gotten into that car financially, and I said, ‘You know what? I’m going to list this thing for sale. If it sells, I just may be done, you know? I just might retire and not do this anymore,’” he recalls.

Clearly, prospective buyers did not share his concerns as the Markow Race Cars-built 25.3 Camaro was sold as a roller within 24 hours. The drivetrain, plus all of the FuelTech components he had purchased, sat quietly while he pondered his racing future.

“I’m just kind of hanging tight for a couple months and I told my wife, ‘Yeah, I think I’m just going to get out of it.’ And you know, she listened to me supportively for a little bit. Then she came home one afternoon and she’s like, ‘You can’t get out of this. This is what you love. This is what you do,’” says Dutton.

That discussion progressed into Tim talking about what he would build and how much it would cost to own a vehicle that was up to his standards, and she was all-in with the plan. That plan—which turned into the vehicle you see here—has been at the forefront of Dutton’s mind since the build began. Delays related to COVID-19 slowed the build down a bit, but as you can see, the outcome was worth the wait.

Before the project ever began, Dutton made one simple decision: he wouldn’t allow money to be an object that could derail the car’s progress, because his belief is simple: to compete on the world’s biggest stage, you need to look for every edge possible by removing limitations—including those that could be presented by a checkbook. 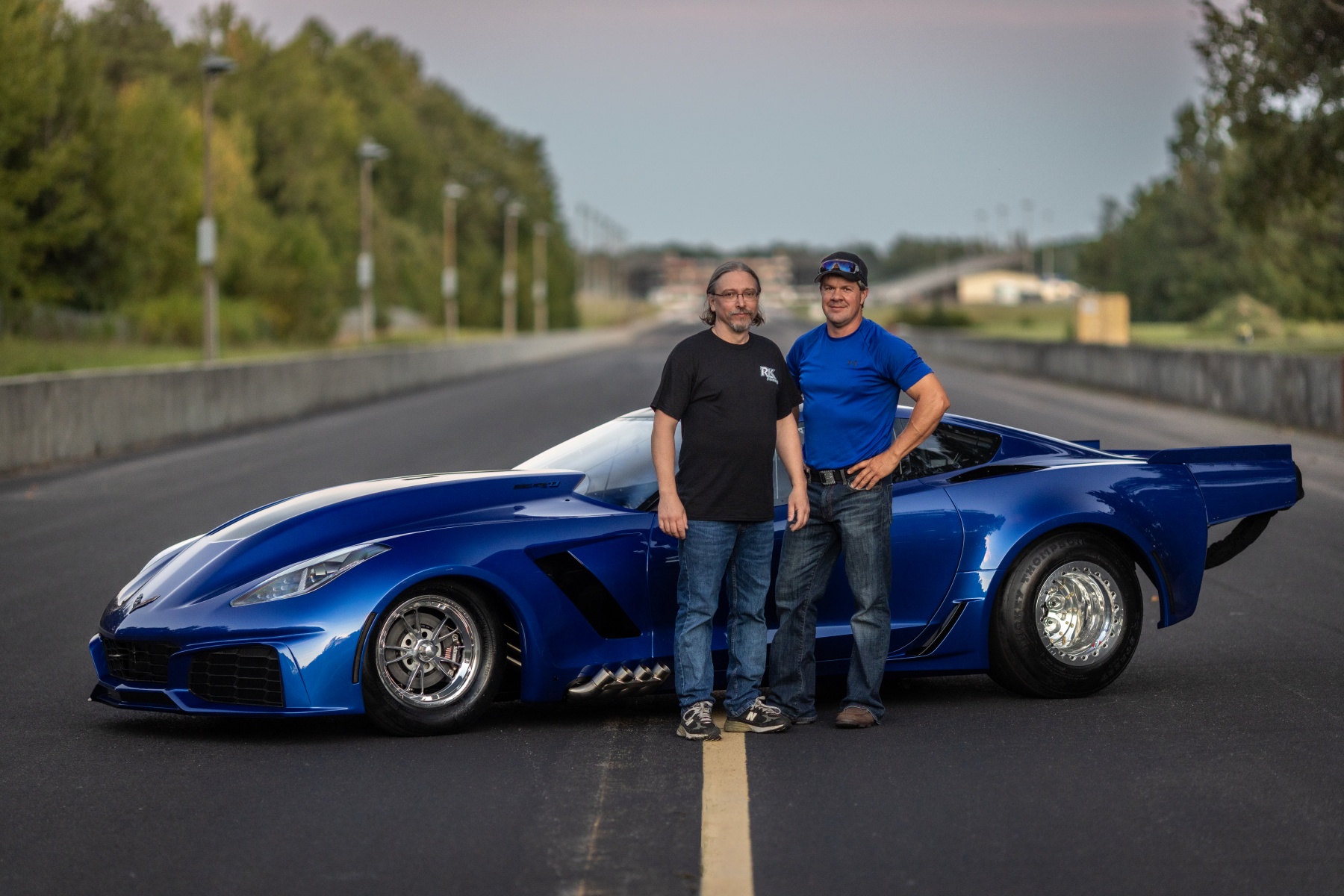 Dutton, crew chief Paul Thompson, and tuner Jamie Miller spent several months discussing the particulars of what they wanted and needed from the car, where they would deviate from the norm, and what the outcome should be. Those particulars were executed to absolute perfection by Ryan Rakestraw, Gary Naughton, and the rest of the team at RK Racecraft in Cartersville, GA.

Once they hatched the basic plan, the choice to use RK came easily for several reasons.

“Their incredible attention to detail is second to none. And they were a turnkey shop. Even the wiring got done in there,” says Dutton.

“Plus, they work very closely with Pro Line, and they were in close proximity to one another. So, a lot of simple things made it easier—being able to have a motor just shipped right over there. I didn’t have to intervene and go pick it up and drive it around and have this shipped there and that shipped there.” 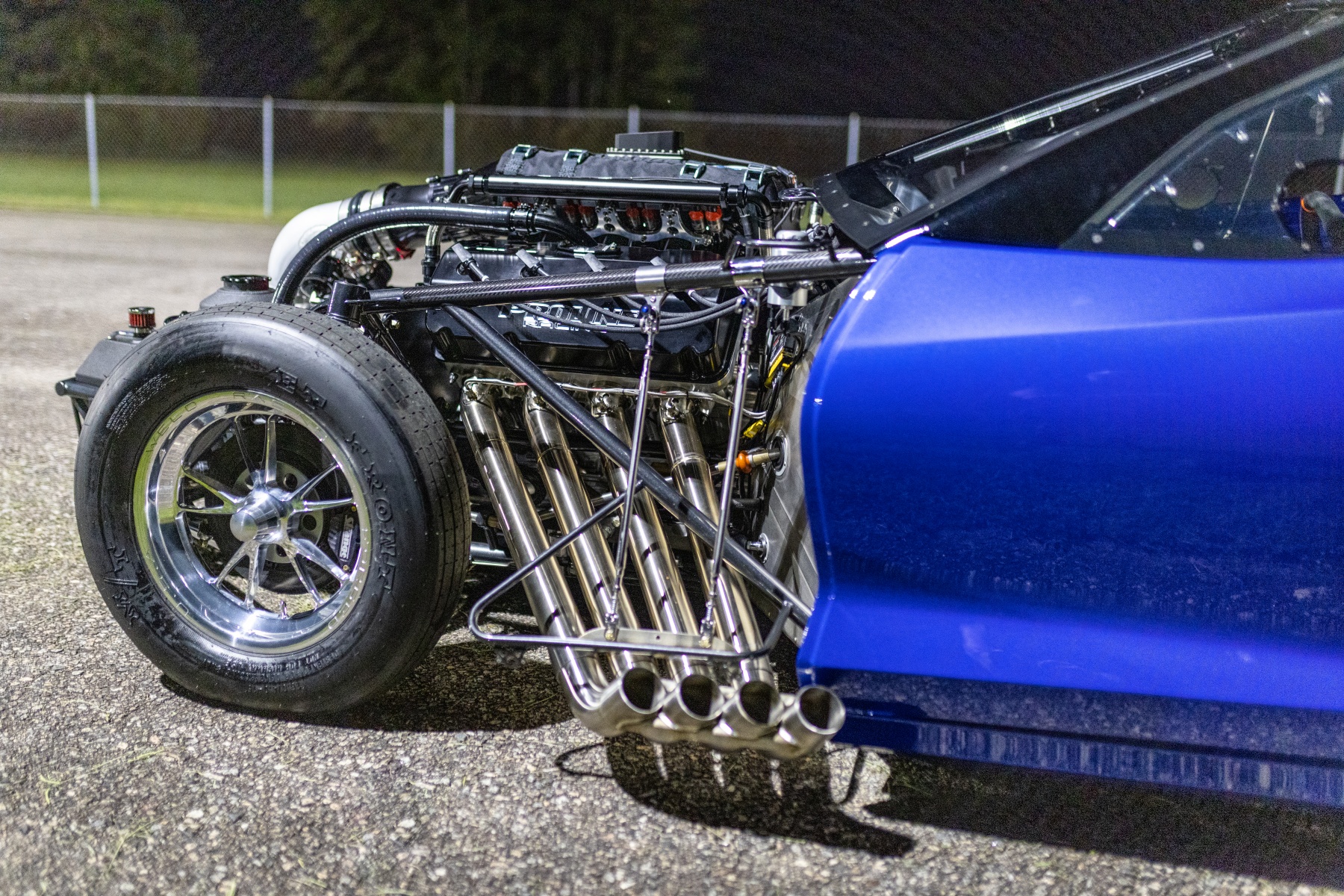 The 598 cubic-inch Hemi powerplant is outfitted with Pro Line-spec parts from intake to pan and topped with a set of Pro Line’s MH6 cylinder heads. Over the last several years the company has developed several turnkey packages to fit in many of the upper-echelon heads-up racing classes, and Dutton’s engine utilizes the latest and greatest advances in technology for an engine of this type. 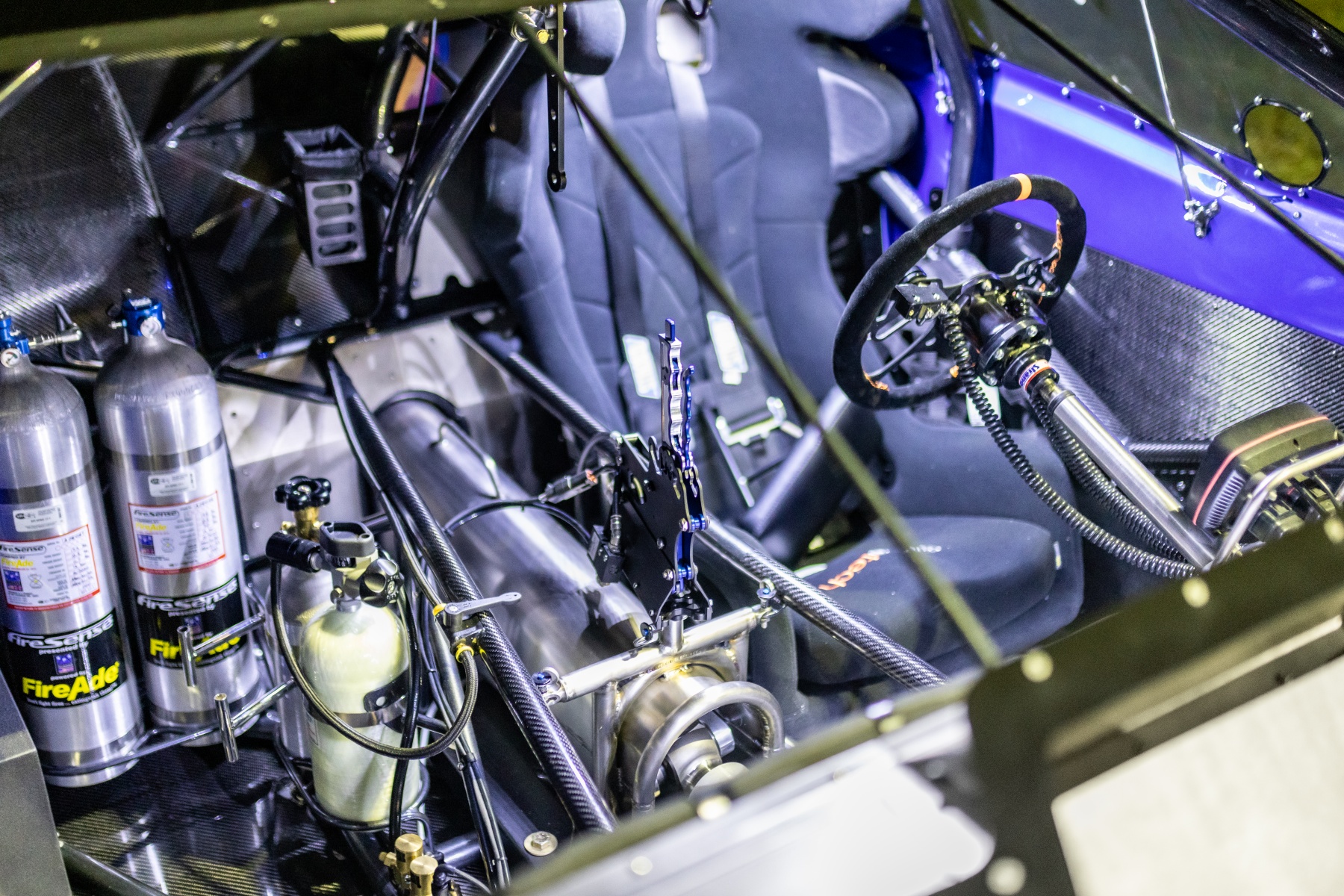 Dutton chose the ProCharger F-4 140 supercharger after discussions with several others who suggested he consider its ease of use; from installation to parts requirements to staging procedures, the supercharged combination presented him with the attributes he wanted in his no-holds-barred racing program.

“As a kid, a blower car was Pro Mod. You know? Granted it was a roots or a screw blower, but it was Pro Mod. I went with the ProCharger group because Pro Line seemed to have the program coming together. And where this car has a modern look; you know, EFI, 2020 kind of deal, I think the ProCharger fits it best. It looks like a street car with zoomie headers and a wing on it,” he says.

That said, if he doesn’t achieve the results he’s after with this combination, nothing is off the table—not roots or screw blowers or even turbochargers if necessary. The car was designed from the outset to be able to work with each of these combinations, with the intent of providing as much flexibility as possible.

“We went so far as to make the firewall completely removable in the car, in the event we really want to change stuff up or whatever. The steering column’s removable. The pedals are removable. This car also takes a Liberty transmission, so as Ryan says, ‘This has more options than GM could’ve put in this Corvette.’ That was a love/hate comment, right? Since he obviously had to endure doing all that. But they understood why,” says Dutton. 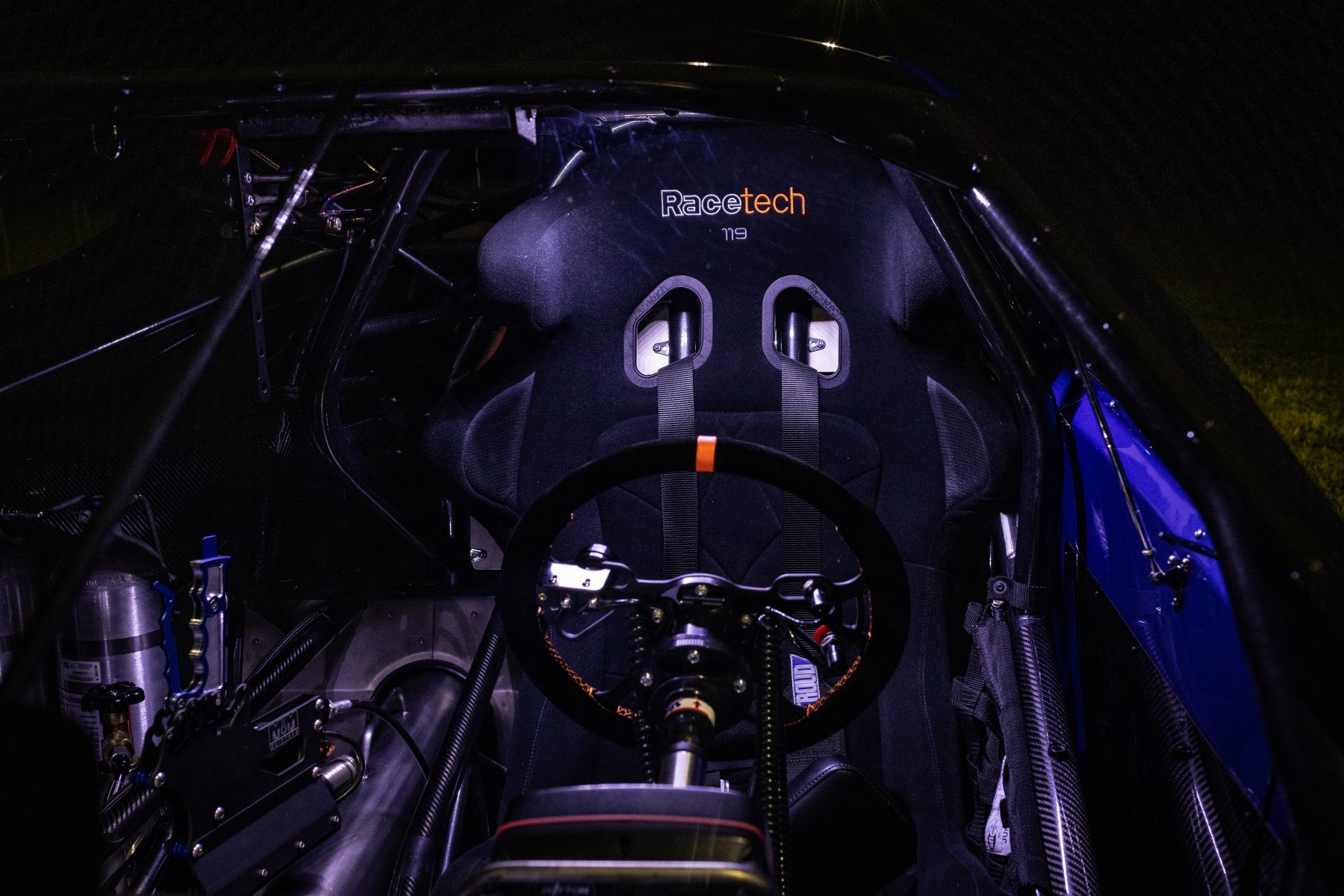 With safety at the forefront of his mind, he looked to RaceTech to provide seating for the car.

“It’s got areas of different density foams and it’s more of a suspension style seat. And it’s got a lot more research in it than any of the pour-in-place seats. The safety ratings are way higher on it, and once you sit in it, there’s an obvious difference comfort-wise from that, to any pour-in seat,” says Dutton.

Other safety equipment includes FireAde fire suppression, a Simpson fresh-air system, and an Impact -20 fire suit. He and Sherri have a little one, Blake, and many decisions made about vehicle construction were done so with them in mind.

One element of the car’s construction was handled elsewhere: the bodywork and paint, which was performed by longtime X275 racer Jamie Stanton at E.J. Automotive & Collision in Durhamville, New York. The RK team molded the one-off ZR06 (ZR1/Z06 combo) nose elements into the Cynergy Composites carbon-fiber body, then Stanton finished off the car’s spectacular appearance. 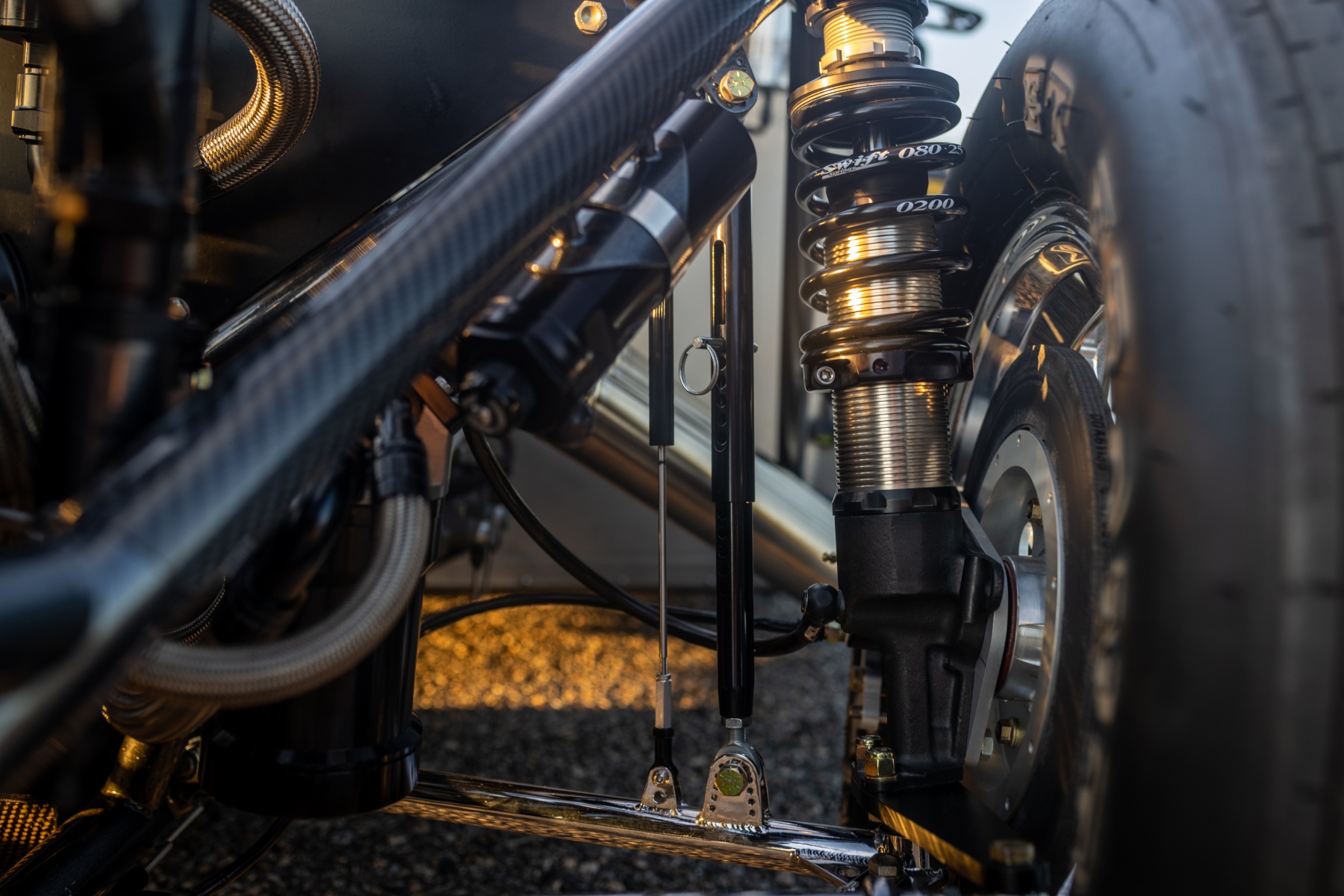 In addition to Miller’s help with sorting out the whole program from the jump, Dutton has also enlisted Pro Line tuner Lee White and crewman Grant O’Rourke to help get the car down the track for the rest of this season and into 2023. And no project of this magnitude comes together without the support of family and friends like Sherri, Blake, crew chief Paul Thompson, and longtime friend Jason Gates of Gates Construction.

With RK Racecraft, Pro Line Racing, FuelTech, Homier Fabrications (wiring), and so many others at the top of the small-tire racing game all involved with this project, it’s only a matter of time before this Corvette makes its mark on the racing community.

It is a shining example of Tim Dutton’s laser-focused attention to the most intricate details; one he hopes will end with many trips into the winners circle. 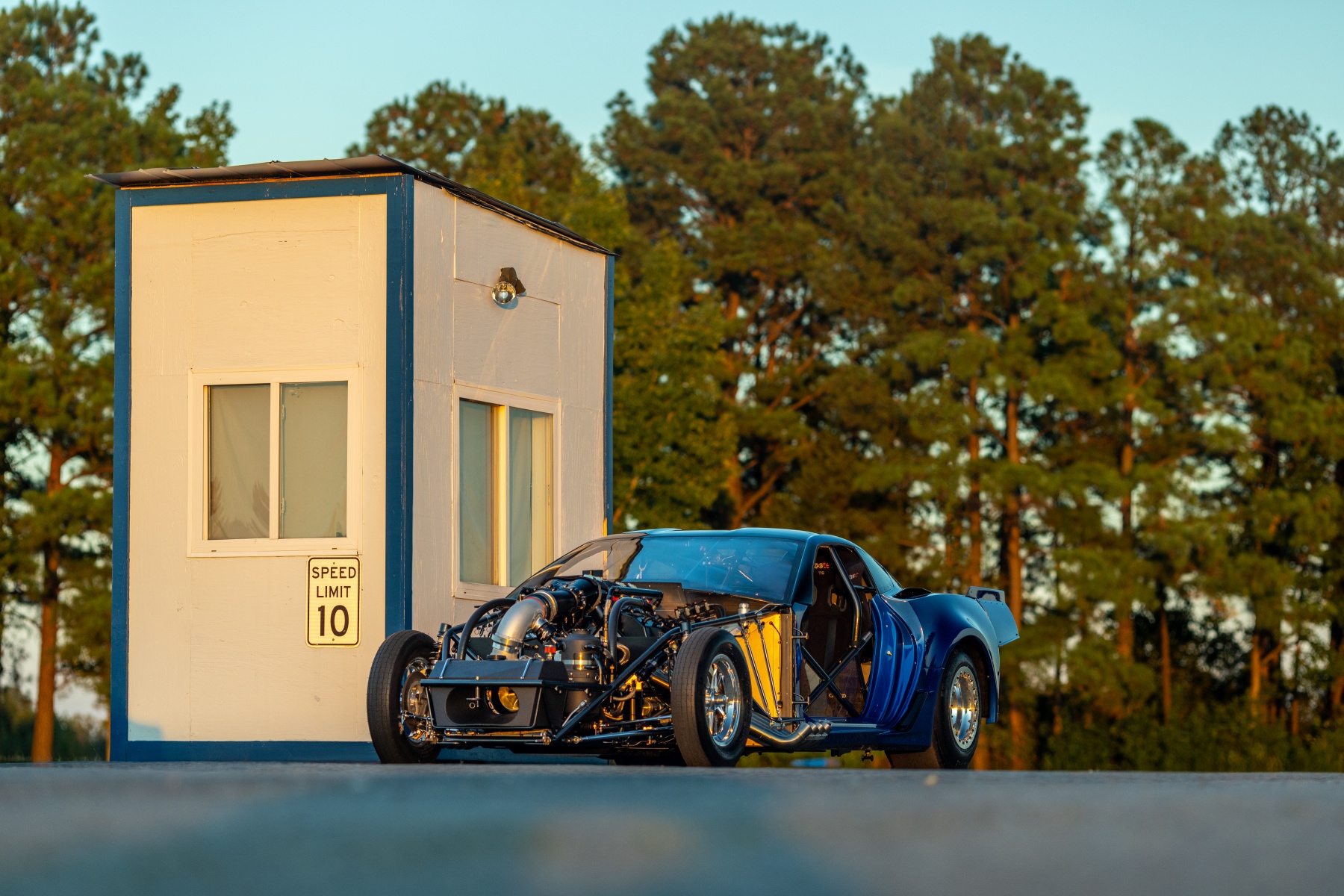 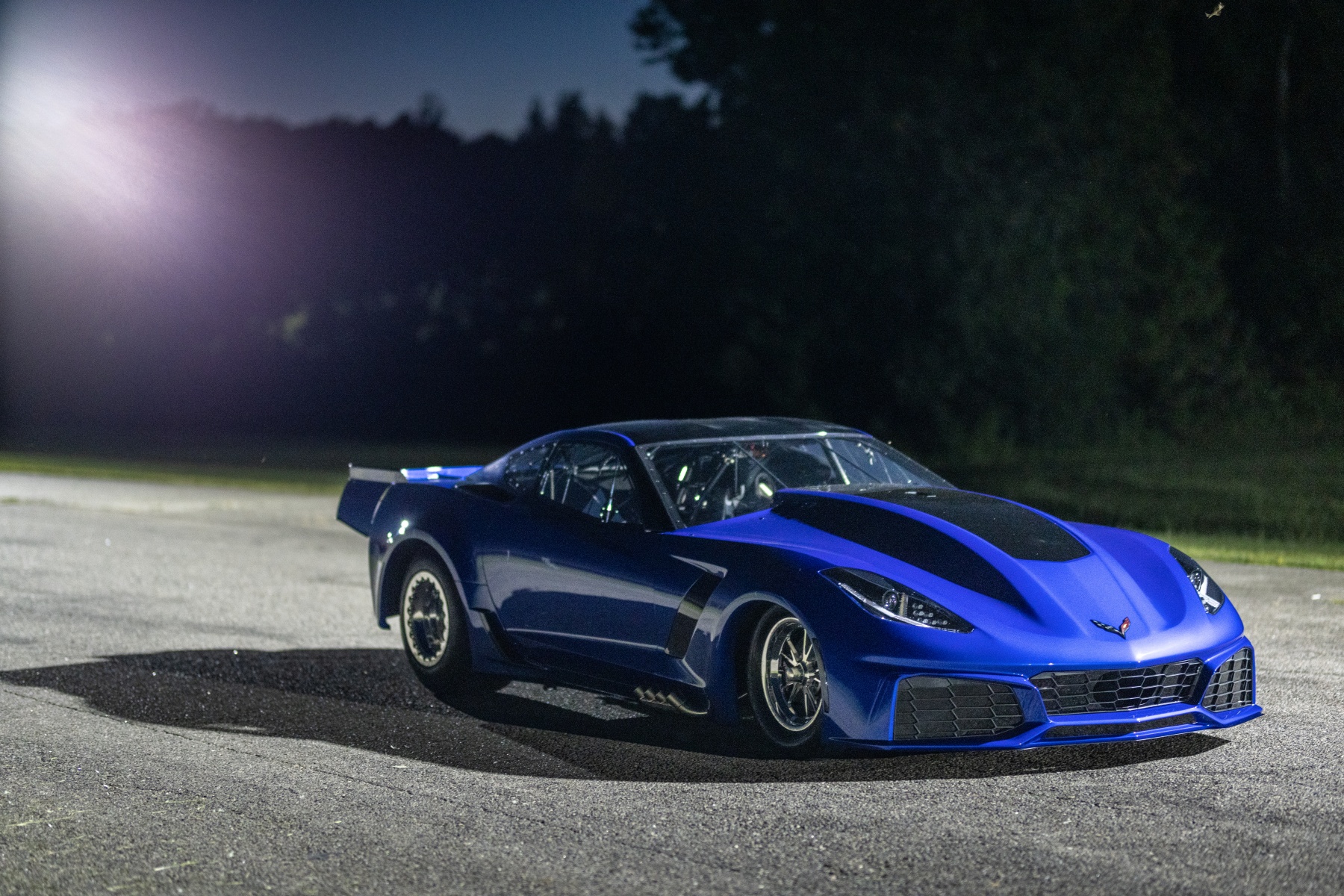 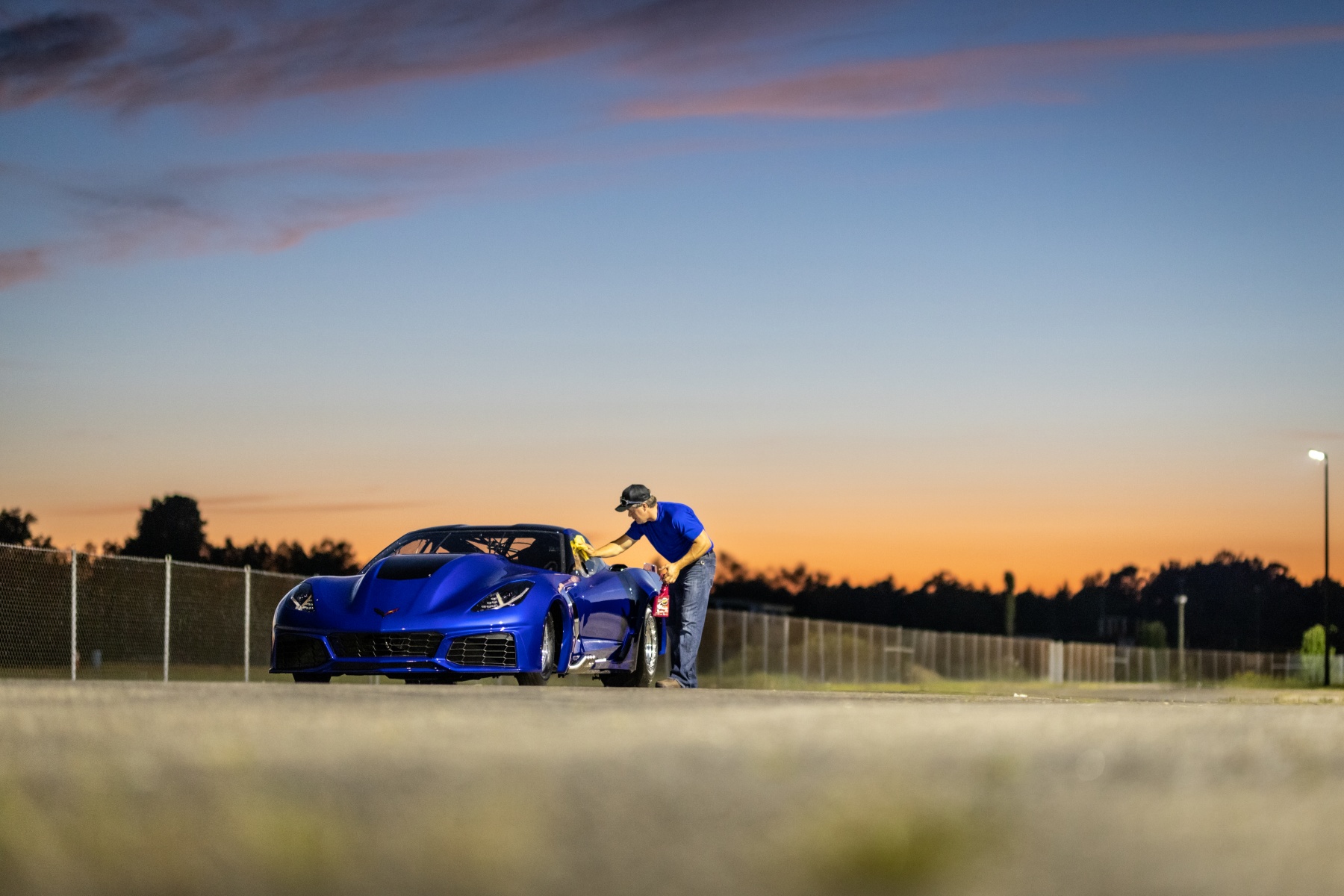 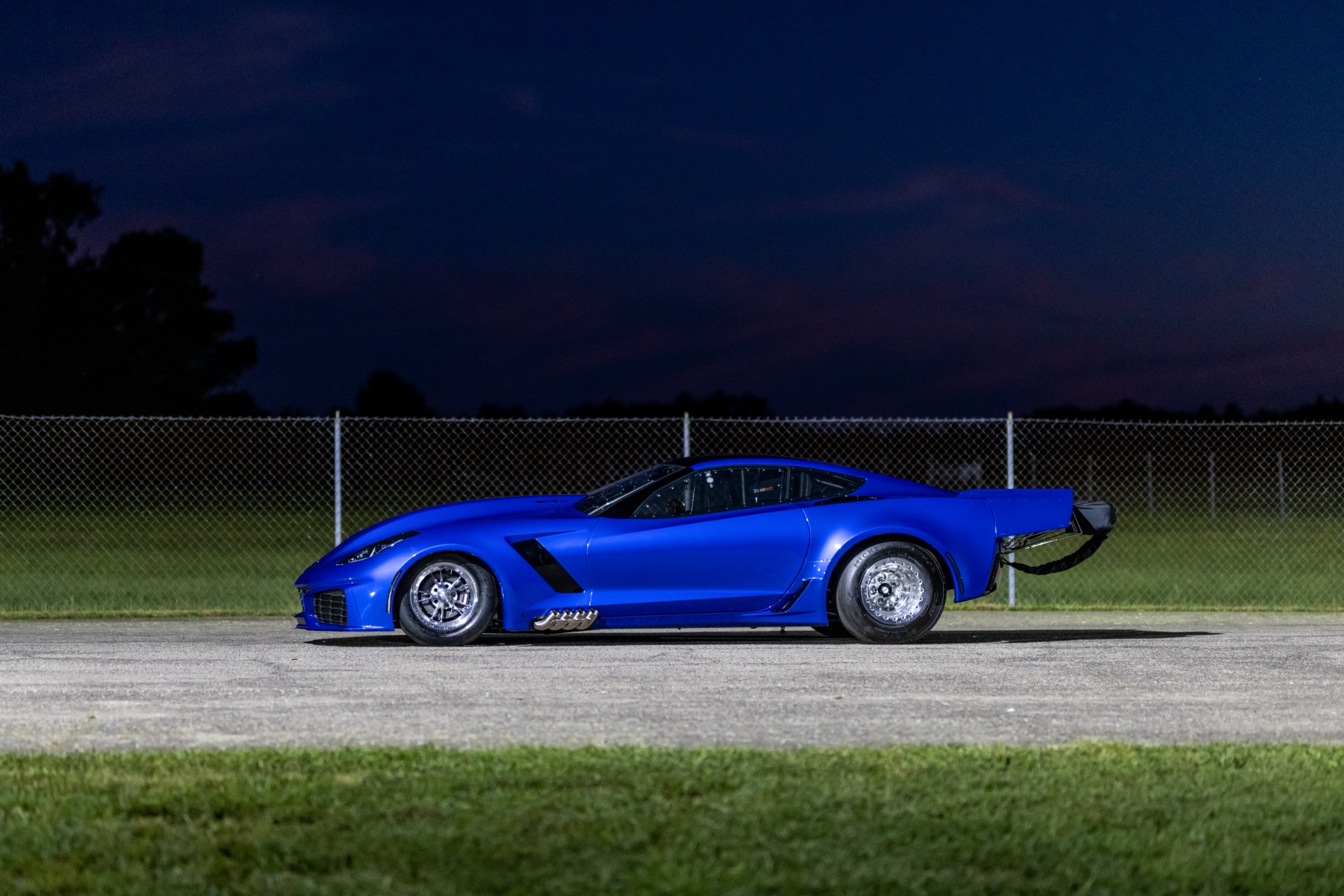 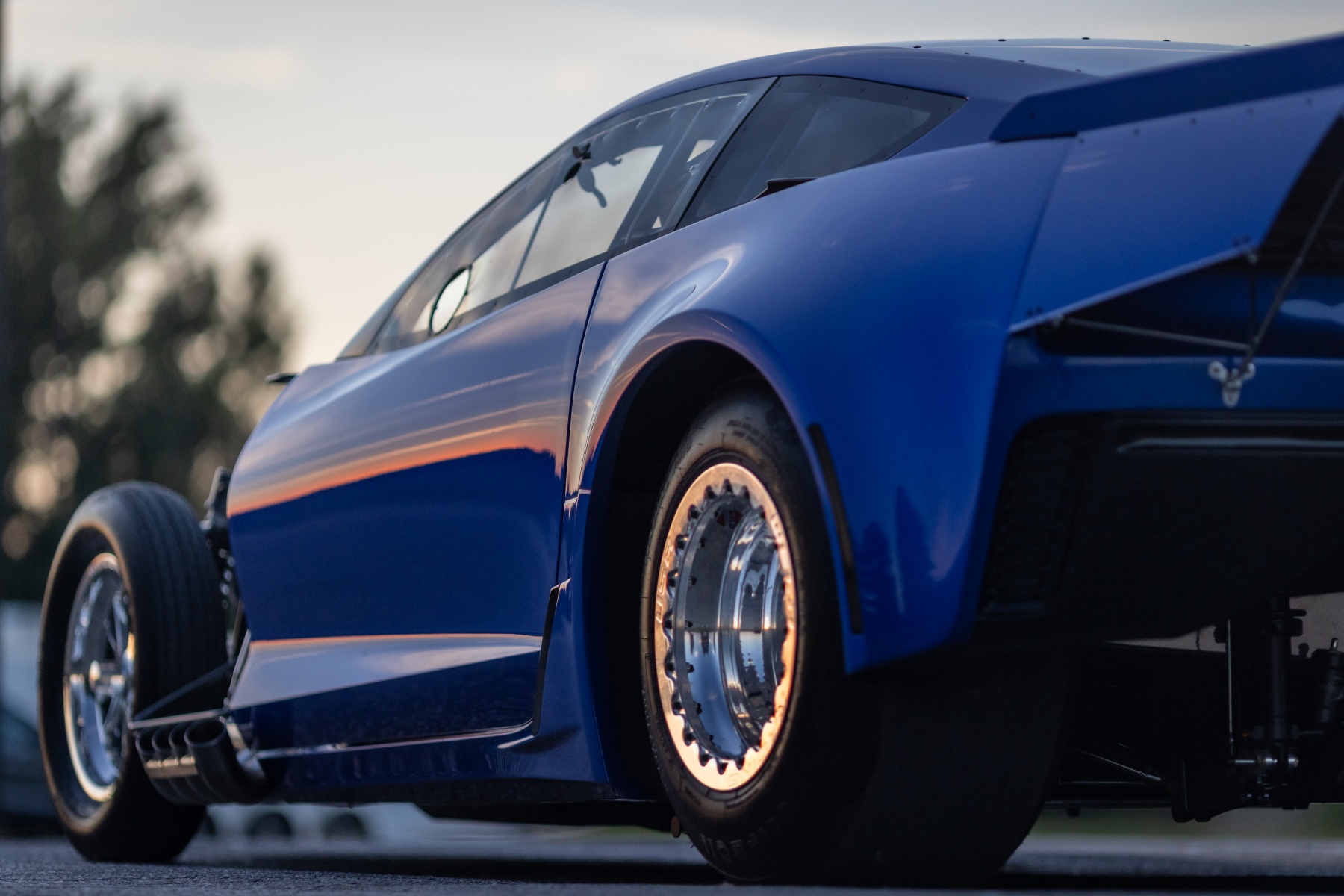 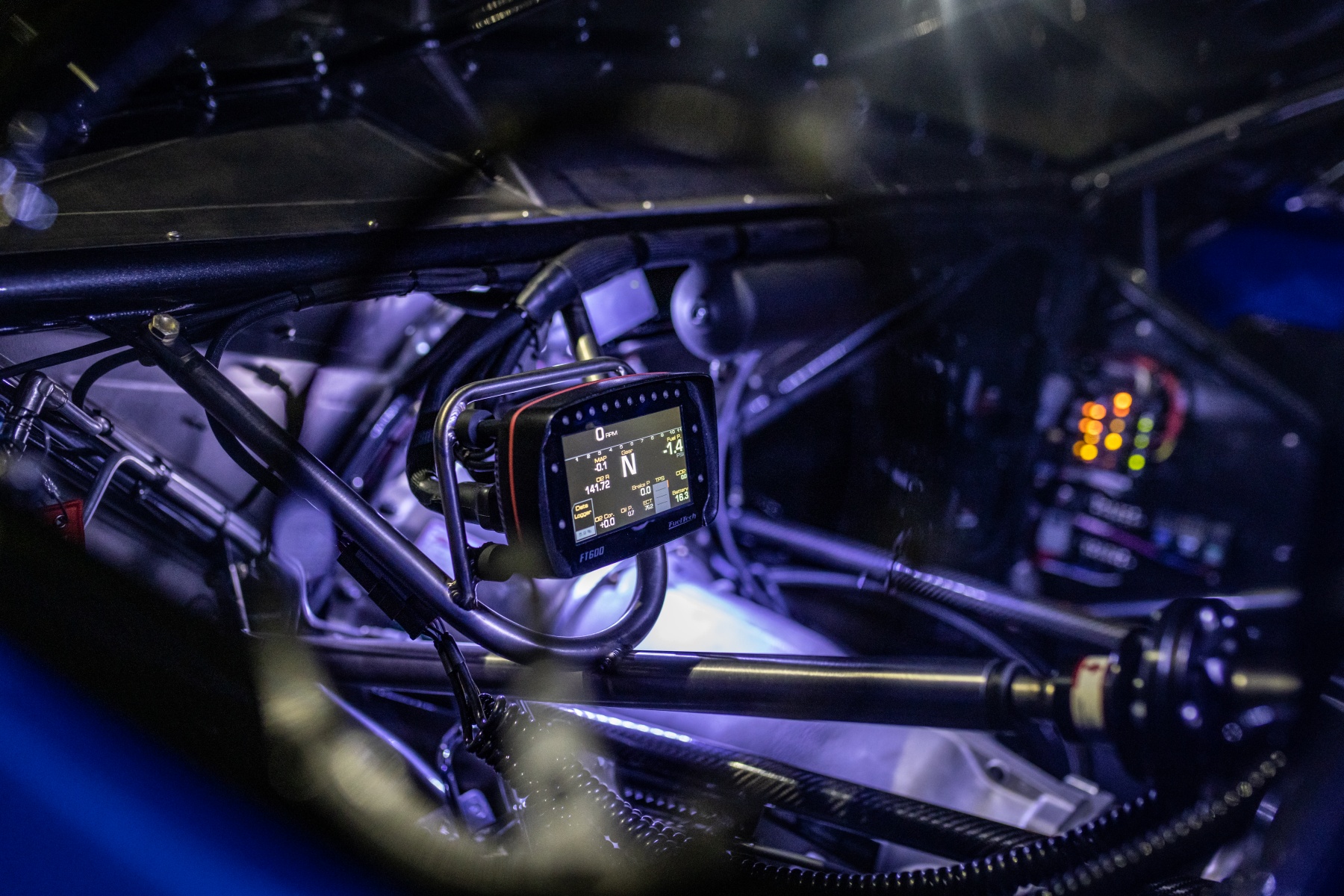