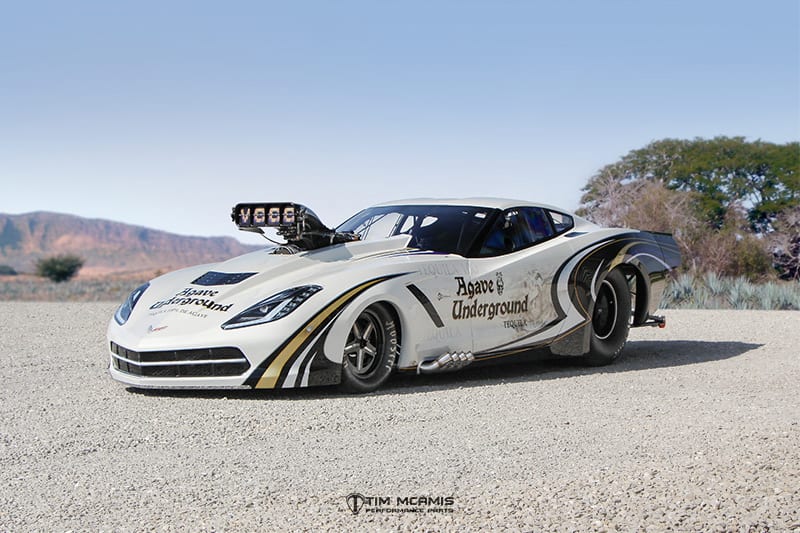 “We couldn’t be happier or more excited about the new car,” says Danny Rowe. “The maiden voyage was straight-and-true, and that’s all you can ask for. It was a planned early shut off, but we intend to get after it later this evening and for the next few days. We want to have all our ducks in a row when we head to Indy.”

The incredible paint scheme was developed by Rod Burke of Burke Designs with the breathtakingly beautiful paint being applied by noted Midwest painter and artist Matt Riha. Riha also handled all the car’s airbrushing, including the headlights, grill and various other Corvette markings.