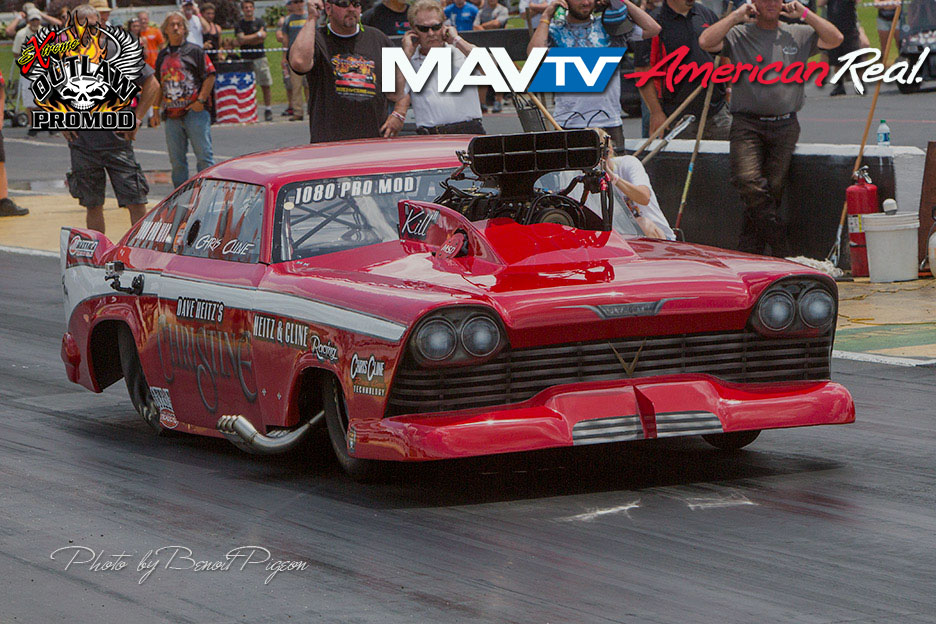 The Extreme Outlaw Pro Mod Series has signed on with MAV TV and Masters Entertainment to bring you “This Edition of Inside Drag Racing” presented by one of the EOPM’s top sponsors, Carolina Precision Machine.

“We are extremely proud to be able to write the final chapter in the wishes of EOPM’s founder and former president Stuart Williams,” said Rick Moore, EOPM’s Competition Director.  “Stuart’s lifelong dream was for the EOPM to be on TV, and after a long quest the see that dream fulfilled we could not be happier for Stuart and the Williams family.”

The EOPM was contacted in late June about doing a show featuring the series that would be aired on MAV TV and Inside Drag Racing. Mike Sullivan with Masters Entertainment stated that they had been looking at the series for quite some time and the EOPM was a perfect fit for the show. Talks are currently ongoing to have the EOPM series featured again in up to 3 shows during the 2015 season. The EOPM reached out to one of its top sponsors, Carolina Precision Machine and Steve Vick, to pick up the advertising rights for the show.

The Inside Drag Racing show will be filmed during the NOPI Nationals held September 20th & 21st at the famed Atlanta Dragway, contesting all EOPM classes including Pro Mod, Top Sportsman & Jr Dragsters. Mike Savage and his staff rolled out the carpet for the EOPM earlier in the year at their “Night Of Fire” event and the series is looking forward to its return visit.

“This is a huge step for us,” said EOPM executive Charlie Buck. “For the EOPM to be able to showcase our series on national television is unprecedented and is truly a game-changer for the series and its sponsors.”