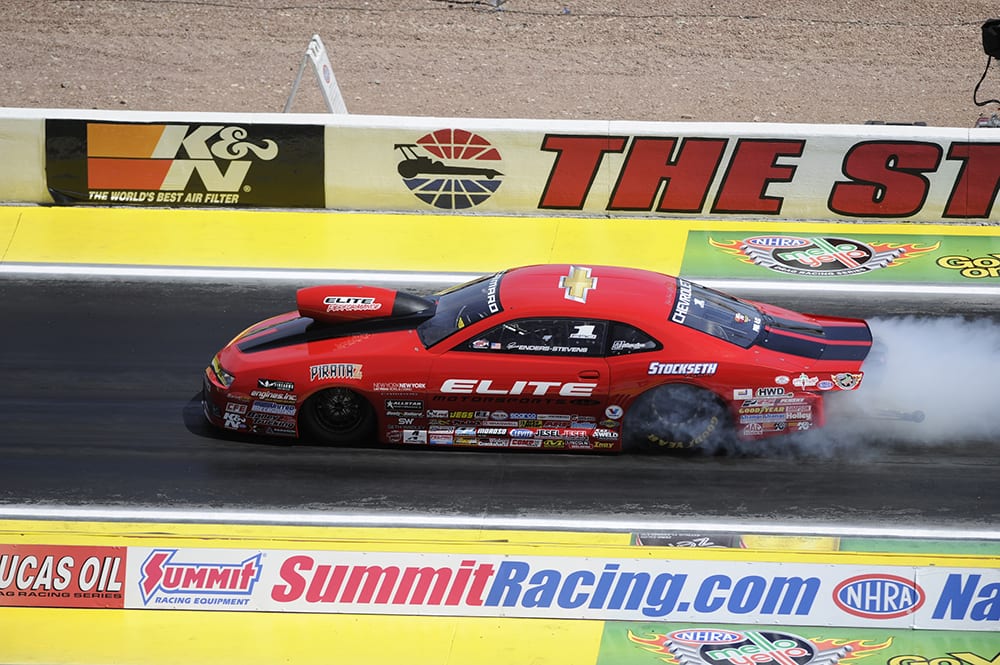 For starters, she will be sponsored by one of her favorite restaurants, Lupe Tortilla Mexican Restaurants, and she’s coming off a second consecutive double-up at The Strip at Las Vegas Motor Speedway.

Enders-Stevens won the special K&N Horsepower Challenge on April 25 in Las Vegas, then won the regular national event the next day. She became the first driver since Bob Glidden to pull off the sweep two years in a row, and now she’s coming to race in her hometown, where she won last year.

“Vegas was huge for us,” Enders-Stevens said. “We didn’t exactly start off the season the way we wanted to. Granted it wasn’t horrible, but we hadn’t gotten a handle on the tires and the fuel yet. Staying after Charlotte to test got things looking up for us. It was a huge confidence builder, and it was also pretty surreal to be able to double up two years in a row.

“That was an awesome experience. I believe we create our own momentum, and we’re on a high right now. I’m excited to carry that into Houston.”

She moved into second place in the Pro Stock points standings with the Las Vegas win and hopes to go back to back in her hometown. Born and raised in the Houston area, Enders-Stevens now lives in New Orleans with her husband, Richie Stevens.

The 2014 win in Houston was her first pro victory in her hometown.

“It was a really important race win to me, not only because it was my first professional win in my hometown but also because it’s sort of a home track for my team owner, Richard Freeman, as well,” Enders-Stevens said. “And it was the first Pro Stock race my dad ever got to see me win. It was really an exciting weekend and everything came together.”

“We’ve got a different name on the door this weekend, and it’s a great family-owned business in Lupe Tortilla,” Enders-Stevens said. “Stan Holt has been a big part of my career going back to Jr. Dragsters, and he’s been a longtime family friend. We’re really proud to fly his colors in Houston and support him. Hopefully we’ll get a bunch of people to go try the best food in the country.”