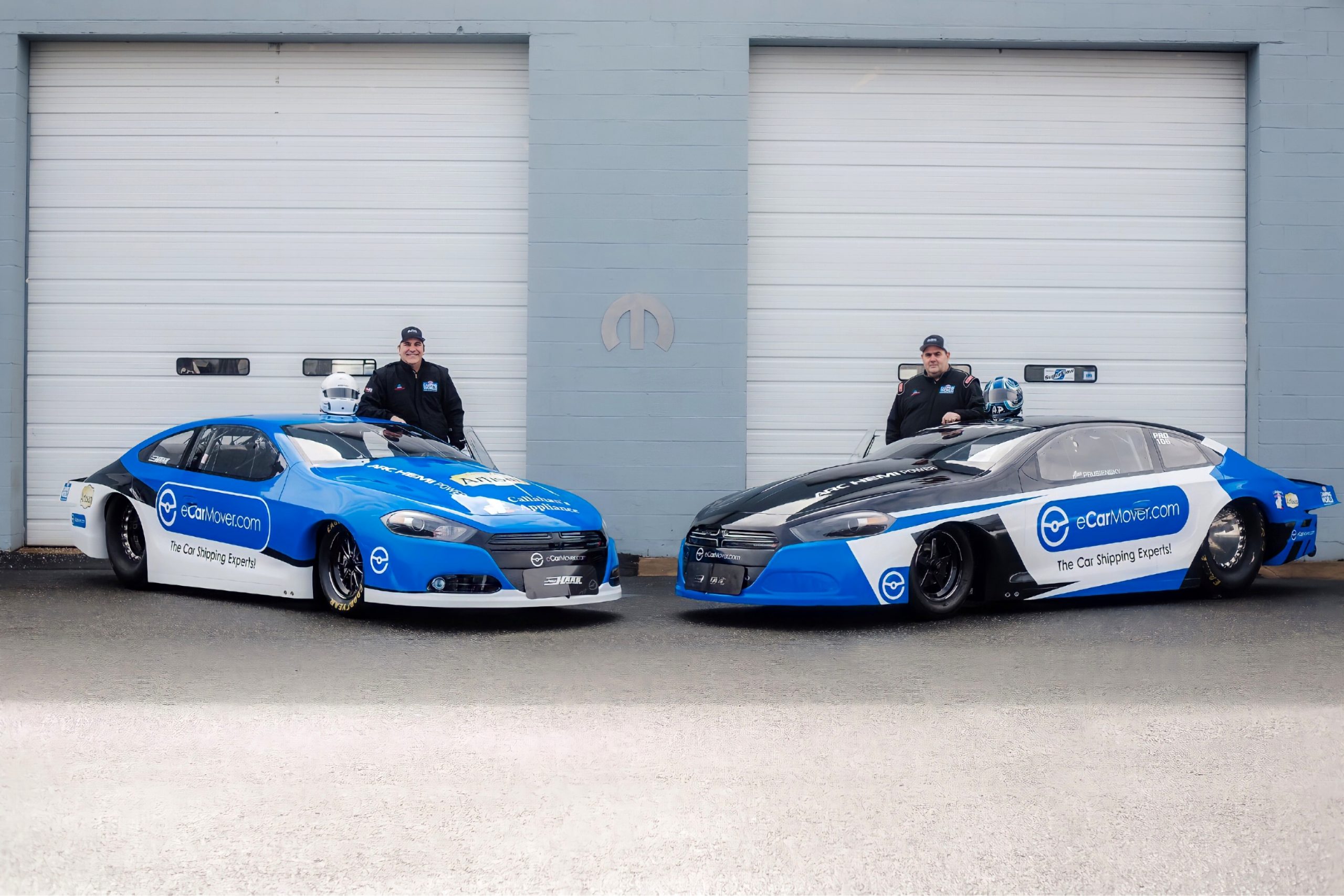 eCarMover will be bringing several companies along for the ride in 2021 with additional associate sponsors to be named later for select NHRA national events. The two-car team will operate under the Prusiensky Racing program sharing tune-ups and technical data. Callahan, who worked last season on Prusiensky’s team, will be making his NHRA debut on the heels of racing at the World Doorslammer Nationals in Orlando.

“We are excited to be racing with Alan and Mike as the 2021 NHRA Camping World Drag Racing Series gets underway,” said John Mingolelli, vice president and founding member of eCarMover. “Alan and I have been working together for over five years to get to this point. He and I have a lot in common. Most of all we love drag racing and want to be world champions. My goal is to build a program that can give Alan and Mike everything they need to be successful. eCarMover Motorsports will race with the expertise and technical support from Alan to give both teams double the information every time they hit the track.”

The Mingolelli and Prusiensky relationship began in 2014 when Mingolelli wanted to make his dream of being a drag racer a reality and was exploring the possibility of racing a Ford Cobra Jet. He connected with Prusiensky and the pair immediately bonded and decided to take their dreams to the next level. The two men shared so many commonalities considering they were both the same age, both from Northeast, each ran their own business, and they had a huge passion for racing. Mingolelli was also intrigued that Prusiensky was developing his own Dodge program. The opportunity to bring eCarMover to the relationship was a natural extension of that dream with a second Pro Stock race car as part of eCarMover Motorsports with Prusiensky’s tune-up and technical support.

“Alan and I hit it off right away. We talked about how we would work together to build our dreams of racing at the highest level in NHRA. I want to build the eCarMover Motorsports team under the Prusiensky Racing umbrella,” said Mingolelli. “We had had a lot of ups and downs to get to this point. Alan had his accident in Charlotte a few years ago and they set us back but now we are full steam ahead and I could not be happier with this sponsorship. Our goal is to use the NHRA to further promote eCarMover as the premiere automotive logistics company in North America.”

With the backing of eCarMover, an OEM logistics provider for Ford, GM, FCA, Tesla as well as individuals looking to move vehicles anywhere across the United States and Canada, Prusiensky sees the opportunity to continue to build his program. The automotive logistics company is expanding into Canada and also has transportation relationships with Avis, Hertz, and Budget. Last season his Pro Stock program showed flashes of success but like so many developing engine programs it is all about consistency and building power.

“Having eCarMover on our Dodge Dart will be a big help this season. Plus having a second race car on the track will definitely help with data and fine tuning our program,” said Prusiensky. “John and I go way back and he is a great guy to have in your corner. We are excited to promote eCarMover in 2021. I also know John is working on a couple more deals that will just help us make our program even better. I have a great team and we are pouring our hearts into this Pro Stock program. I am looking forward to getting to the Gatornationals and getting the season started.”