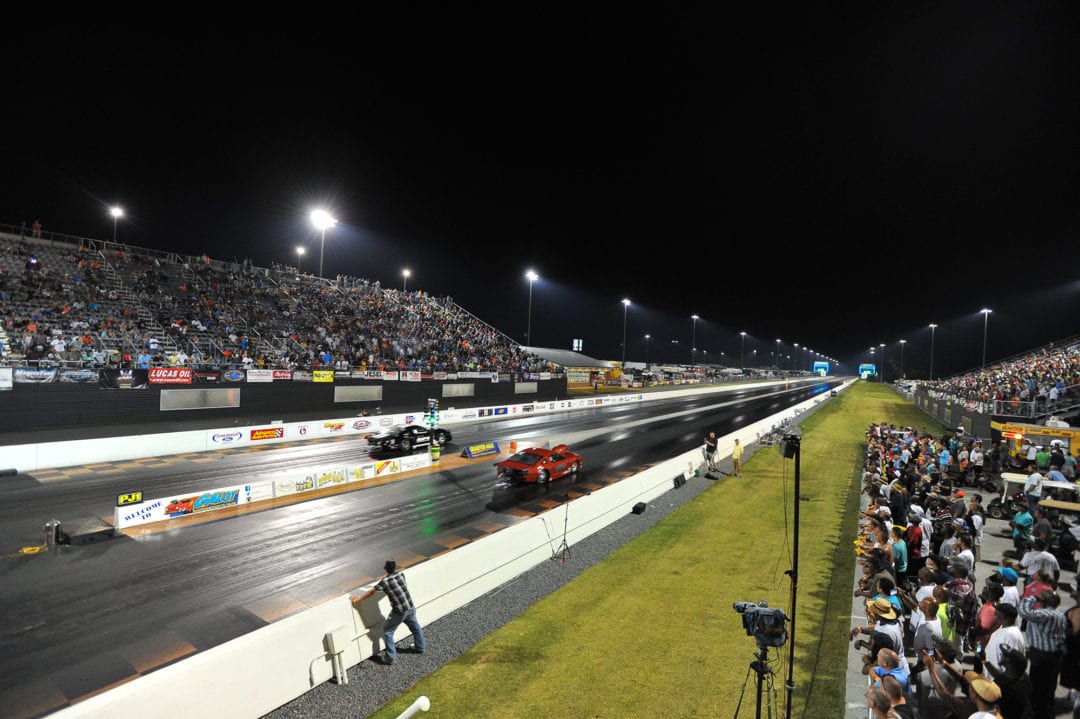 The Professional Drag Racers Association (PDRA) returns this weekend to the track where the all-eighth-mile series experienced its attendance record in 2016. The PDRA East Coast Nationals, March 30-April 1, will see the stars of Pro Extreme, Pro Nitrous, Pro Boost and nine other classes compete on the GALOT Motorsports Park eighth mile for the first of two GALOT races in 2017. The PDRA returns to the Benson, NC, facility for the PDRA Drag Wars, Sept. 7-9.

“We’re thrilled to have two races at GALOT Motorsports Park this year after a record turnout at PDRA Dragstock XIII last year,” said PDRA Director of Marketing Will Smith. “We’re expecting even more cars this weekend than we had there back in September. GALOT is a top-notch facility with a great crew, and we’re just looking forward to having another successful event there.”

“This is the first race where we’ll have all of our classes competing. We have the gassers coming out to put on an exhibition race. The Eastside Auto Transport Outlaw 632 class is making their 2017 debut with us. With the amount of cars we’re expecting in Top Sportsman, we’ll also have the 16- and 32-car races for that class,” Smith added.

Pro Extreme standout Frankie “Mad Man” Taylor is slated to line up in a rematch against Robert Albertson in the Blazing Angel Jet Dragster. Taylor is 1-0 against Albertson after his supercharged Corvette defeated Albertson’s jet power in a side-by-side 3.5-second race at the PDRA season opener in Valdosta, Ga. Pro Nitrous competitors George Williams and Marc Hayes will also square off in a grudge race. Both races are scheduled to contested during the second qualifying session Friday night.

Thursday, March 30 is reserved for a full day of open testing for all PDRA competitors from 10 a.m. to 8 p.m. A mandatory driver’s meeting at 9:30 a.m. Friday morning will lead into the first sportsman qualifying session at 10 a.m. Saturday will begin with a trackside Godspeed Ministries service at 8 a.m., followed by the final Bracket Bash qualifying session at 9 a.m. Eliminations at the PDRA East Coast Nationals will begin with Pro Extreme at 2:30 p.m. Saturday.

Tickets to the PDRA East Coast Nationals at GALOT Motorsports Park cost only $10 for general admission to Thursday’s test session, $20 on Friday, and $25 on Saturday. A three-day pass can be purchased for $40. Children aged 5 and younger get in free, while children aged 6-12 get in for only $10.