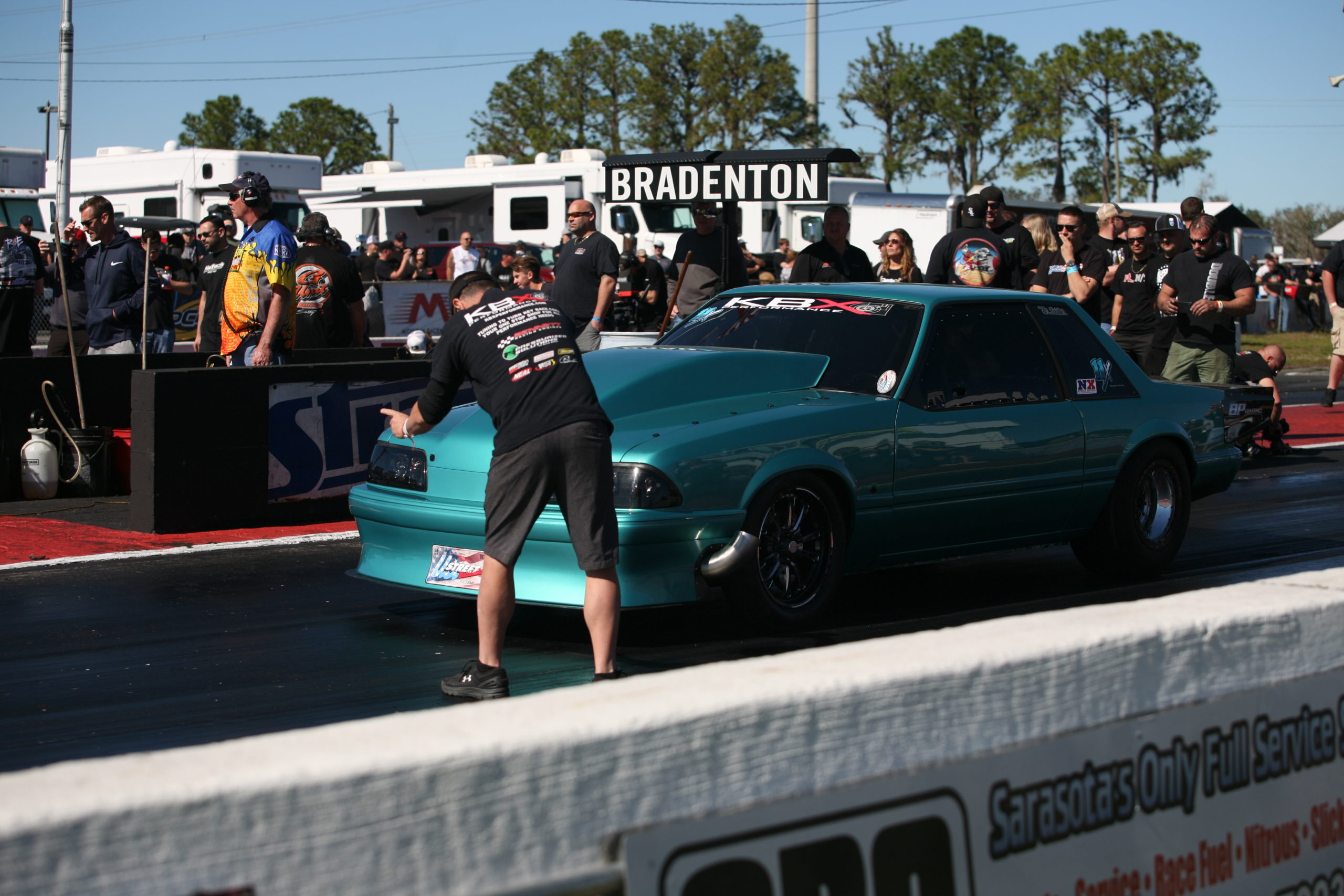 It’s not every day that we get to see a new class be born in the drag racing world. In most cases, if you can conceptualize a set of rules for a particular style of racing, chances are someone, somewhere has already done it. But sometimes a seemingly insignificant change or a specific rule can create something truly innovative.

Donald Long is not known for being bashful. The promoter has revolutionized the drag racing world with his radial tire classes and events that have become the pinnacle of small-tire drag racing. Love him or hate him, chances are he has your attention. It’s become commonplace to come across a post or a live feed from Long across many forms of social media at almost any point in the day. He’s incredibly talented when it comes to “stirring the pot,” supports his racers like no other, and is constantly looking to drive the sport forward.

As the summer of 2019 ended and fall began, Long announced a new class that would debut at Lights Out 11 in February of 2020 at South Georgia Motorsports Park—DXP Street. Chances are you are familiar with the class, but in case you aren’t, here’s a brief rundown.

DXP Street is an eighth-mile, heads-up class designed around nitrous small-block combinations. While the basics of this concept are not groundbreaking, DXP Street has a few rules that separate it from its Ultra Street and X275 brothers. DXP Street is based around a spec nitrous plate that every competitor must run in an unmodified configuration, and a spec Mickey Thompson radial tire. And by the way, the nitrous plates can, and will be swapped between racers at any point during the event.

As soon as the class was announced, a buzz began to grow on social media. As the rules surfaced, it was quickly apparent that this was an important class for a few reasons. One, it gave competitors who could not afford to compete in X275 and Ultra Street due to rising costs a place to race. Secondly, the class was a perfect fit for races who stepped away from the sport for whatever reason, but still had what is now considered to be outdated equipment for the aforementioned classes.

Let’s be clear, DXP Street is not an entry-level class. Just like every other form of heads-up racing, it will take hard work, lots of testing, and a considerable funding to be successful. Afterall, engine combinations, the nitrous plate, and the tires are the only tightly controlled sections of the rulebook.

As of this writing, Long tells us there are 35 paid entries for the class, and the race is still nearly a month away. We caught up with Long to get his thoughts on the class and his expectations for the first race. 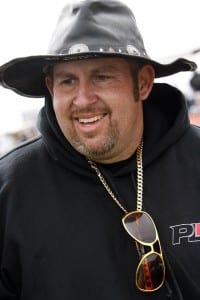 “I hate to sound like something out of a movie, but I think [DXP Street] takes us back to a little bit more of a simpler time before everything got totally out of control,” Long explains. “Obviously, it’s not like a $10-an-hour guy’s probably going to go out there and run. It’s still going to take somebody putting a little bit of money behind it. People throw that ‘entry level’ stuff around a little too much, but I think it’s definitely a way more feasible class than a lot of anything else that’s out there. What I’m trying to do is to make it where people only have to buy something one time. And that’s where the whole ‘buy with confidence’ mentality comes from. Next year you’re not going to be allowed to run big blocks. Next year you’re not going to be allowed to run turbos. Next year you’re not going to be able to run some small supercharger. And that’s what I’m trying to get everybody to do. Go buy this stuff one time and know nothing’s going to change.”

As rules in other classes seem to change with every race, the sheer cost to keep cars at the top level of performance is enough to make it heavily restrictive for most racers. But Long sees DXP Street as a chance to break that trend, keeping racers happy in the process.

“I think that’s where sometimes these people get so upset,” Long tells us. “They spend thousands of dollars and then with a stroke of the pen, they have to spend another $10,000. And I think what I want to make sure everybody understands is that not only do I want to keep the horsepower around 1,200-1,300 total, but you’re only going to have to buy this stuff one time.”

With a spec nitrous plate, a spec tire, and multiple rules to limit exotic parts from finding their way into the class, who is it designed to attract? With the high costs of the X275 and Ultra Street categories, we will likely see some competitors move down to the new class, but Long had other motivation.

“I wanted something where these guys can run a car they’ve had in their garage with a small-block in it,” Long explains. “Realistically, there was a lot of small-blocks just sitting. I don’t want to bring 30 cars from X275 or Ultra Street. I want to bring back some of the people who’ve been lost along the way. I’d like to bring back the people that maybe aren’t out there racing right now. That’s the kind of stuff I want to see come back.”

With an initiative in place to bring back racers from days past, the class is still enticing for the guys ruling the current X275 and Ultra Street ranks. Almost since day one, the crew from KBX Performance was all in for DXP Street. KBX built its name building and competing with turbo and supercharger combos in the 275 radial classes, but that doesn’t mean they don’t know how to make a nitrous car fast.

John Kolivas has worked hard to make KBX the dominant force in the X275 and Ultra world, and his outlook on DXP Street is no different. We caught up with Kolivas to discuss the class amidst exhaustive dyno work to perfect the company’s small-block combo for the new class.

“Ultra Street and X275 just keep getting faster and faster and faster,” explains Kolivas, owner of KBX Performance. “Ultra used to be the so-called ‘entry level’ class. They went 5.20s and 5.30s, and then it was 5.00s and then 4.80s, and now, there’s cars in the 4.50s, which leaves out a lot of racers. It’s just too fast, and costs too much money. [DXP Street] is something that can eliminate spending more and more and more and more and more on different combos and this, that, and the other. It’s basically just a small-block nitrous class. Everybody’s going to have similar engines. You’ve got a nitrous kit that is going to spray anywhere from, some say 300, some say 350, but it’s still all going to be within 50 horsepower. You should have a class where you shouldn’t have three or four guys that are running 4.70s and then the rest of the fields is running 5.20s.”

With the rules being based around a spec nitrous plate, parity is the goal. The options for legal engines and the associated weights will hopefully offer an incredibly close field, even at the first event.

“I think you’ll have a lot of guys bunched up at the top because there’s so many good engine builders out there,” Kolivas explains. “They can all build engines that make good power, and all the nitrous kits are the same. So, this is going to come down to chassis tuning, who can leave the hardest, who has the best converter, gearing, and transmission package to get every last two or three or four numbers out of it.”

It’s this mentality in any heads-up class that can, and will separate the front runners from the rest of the field. DXP Street has never been called an entry level class. It is a heads-up radial class that will take solid funding, hard work, and lots of testing to be successful in.

“You’re going to have people who roll through gate with $50,000 small-blocks,” Kolivas adds. “You know, there’s going to be a lot of bubbles that get busted because there’s a lot of guys, and I don’t mean this in a negative way, but a lot of guys that couldn’t get into Ultra, they’ve got a nice Mustang at home with a run-of-the-mill 434 that makes 600 or 700 horsepower. They’re going to throw a plate on there and think ‘we can go there and I think we can compete in that’ and it’s not going to be that way. There’s going to be $40,000-$50,000 small-blocks, $20,000 converter and transmission packages. You’re going to have guys that are in the class that know how to go fast. Guys that have been fast in Ultra Street and been fast in X275. They can apply all of the things that they know how to do in all those classes, the chassis and the converter technology, and apply it to this.”

Even in a new class with a relatively new combination for the KBX crew, they still bring a wealth of knowledge about making a car go fast down the racetrack. This knowledge will be key to finding success quickly for any DXP Street racers rolling into Lights Out 11.

“For us, it’s going to be a new deal working with nitrous,” Kolivas says. “But you’ve got to figure out how to make the car go as fast as you can from A to B. We’ll apply everything that we know about making a blower or turbo cars go fast. That’s where our experience is, not with nitrous.”

“But I felt like this would be a good opportunity to get in there and know that everybody’s on the same playing field and everybody’s got the same, call it a 300-horsepower plate or 350-horsepower plate, which I think is going to even it out a lot,” Kolivas continues. “So that’s kind of what attracted us to it to begin with. We’re just not known for that. We do sell a lot of nitrous engines, but we’re basically known for the blower and the turbocharge stuff in X and Ultra Street. We can build a pretty good small-block Ford that can make some pretty good power, and I’m anxious to see how it shakes out.”