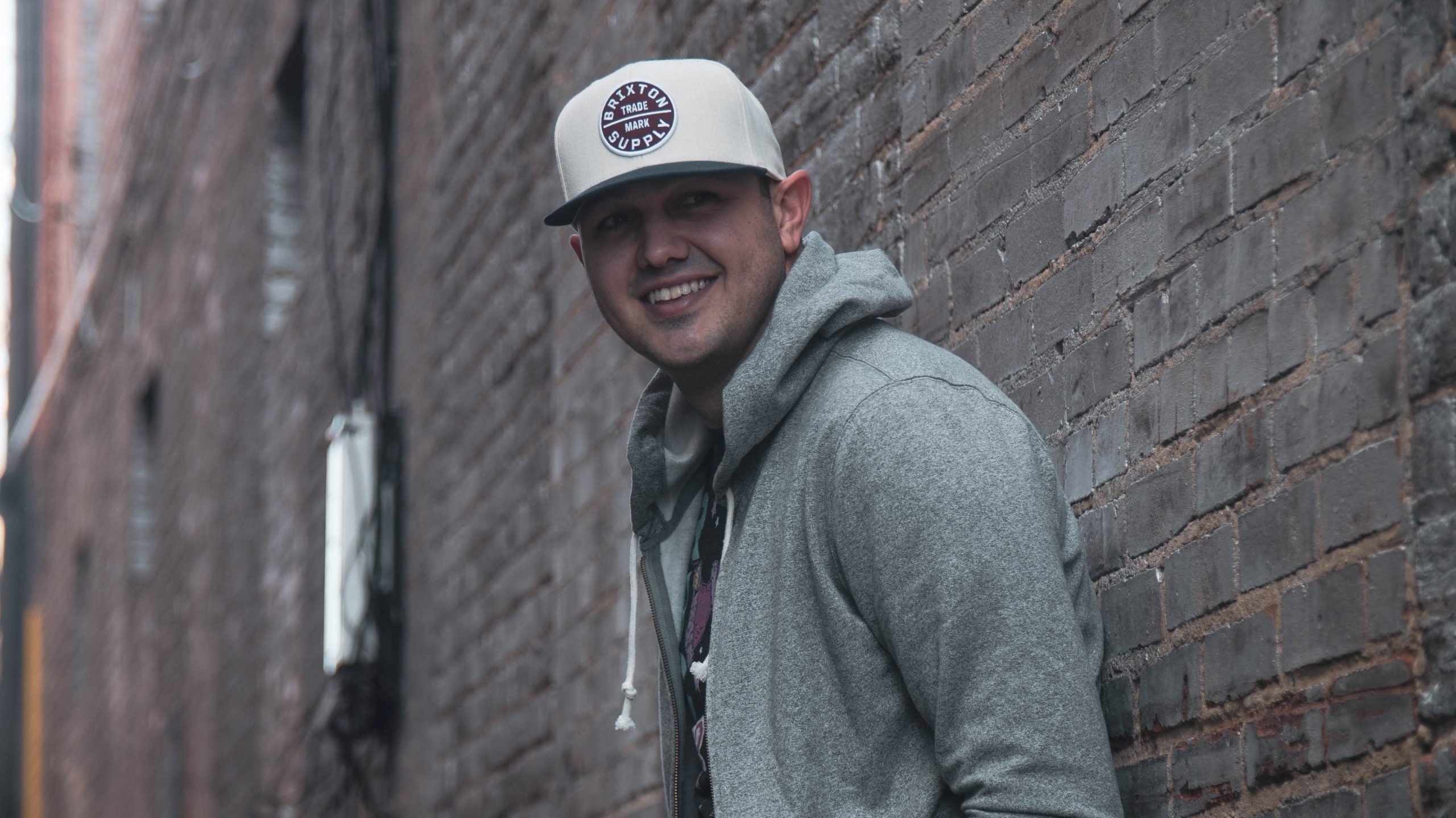 For PJ North, drag racing is a “Way of Life,” which happens to be the name of one of his popular racing-themed songs. You may be more familiar with his first bracket-racing hit, “#BeDouble0TakeDouble0,” which made his name synonymous with music in the world of drag racing.

North has always been a fan of country music, and since a kid has had aspirations of being a performer. He got his feet wet by creating music that appealed to a fanbase he was familiar with: drag racers.

“This was a way for me to connect with people that I hung out with every weekend,” North said.

North has raced in several bracket and sportsman classes, including Stock and Super Comp, and much of his music reflects the pains and joys that racers are familiar with. Lyrics like, “I’m triple-zero at the stripe, but not close enough,” are what make the songs so relatable for anyone who’s ever been behind the wheel of a racecar.

North says that one of his goals in creating music is to help people who may not be fans understand the sport, and understand why he loves racing so much.

“I wanted to take this great thing from such a niche audience to the masses and get more eyes on the sport,” he says.

And while North may not be a household name just yet for those outside of the racing world, he’s definitely seen as a rockstar to many racers, especially kids involved in the sport. Recently a young competitor, and huge fan of North, was in her junior dragster in the staging lanes when Wes Buck talked to her. He found out she loved North’s music, so Buck called him and let her talk to North before her race. North says that he tries to be accessible like that and give back to his fans as much as he can.

“I try to take each situation as if I were a kid,” North said. “My dad was pouring concrete at a racetrack in Florida once and Ron Capps happened to be there, he put him on the phone and I got to talk to him, and that always made an impression on me.”

And keeping the youth involved in racing is something that North is passionate about. While he says there are several similarities between his two loves of racing and music, he sees the biggest difference in how the younger generations are cultivated.

“There doesn’t seem to be a big push to get the youth involved in drag racing like there is in music,” North said. “In music, they’re always looking for the next big thing, and you’re seeing younger and younger stars. But in drag racing, you don’t see that as much. The junior dragster classes are great, but they don’t get any exposure, and there isn’t any sportsman racing on TV. Even in other types of racing, like NASCAR, they will take younger drivers and market them. You just don’t see as much of that in drag racing.”

And North hopes that his music can even in some small capacity reach kids and help to expand the sport.

“We all want to race, but we want the sport to be there for our kids,” North said. “Drag racing has an allure because anyone can race so many different kinds of cars. If we could get more younger people involved, we can help cultivate that next generation of drivers.”

But North has dreams of not just creating music that appeals to racers, but to make a name for himself in country music. The Columbus, Ohio native moved to Nashville in 2016 to continue pursuing his music career, and just recently released Middle of a Heartbreak, which already has nearly 60,000 plays on Spotify. He’s currently working towards his dreams of writing songs for a living, and hoping for a publishing deal in Nashville. In the meantime, you’re likely to see him at a racetrack near you with his wife, Amanda. 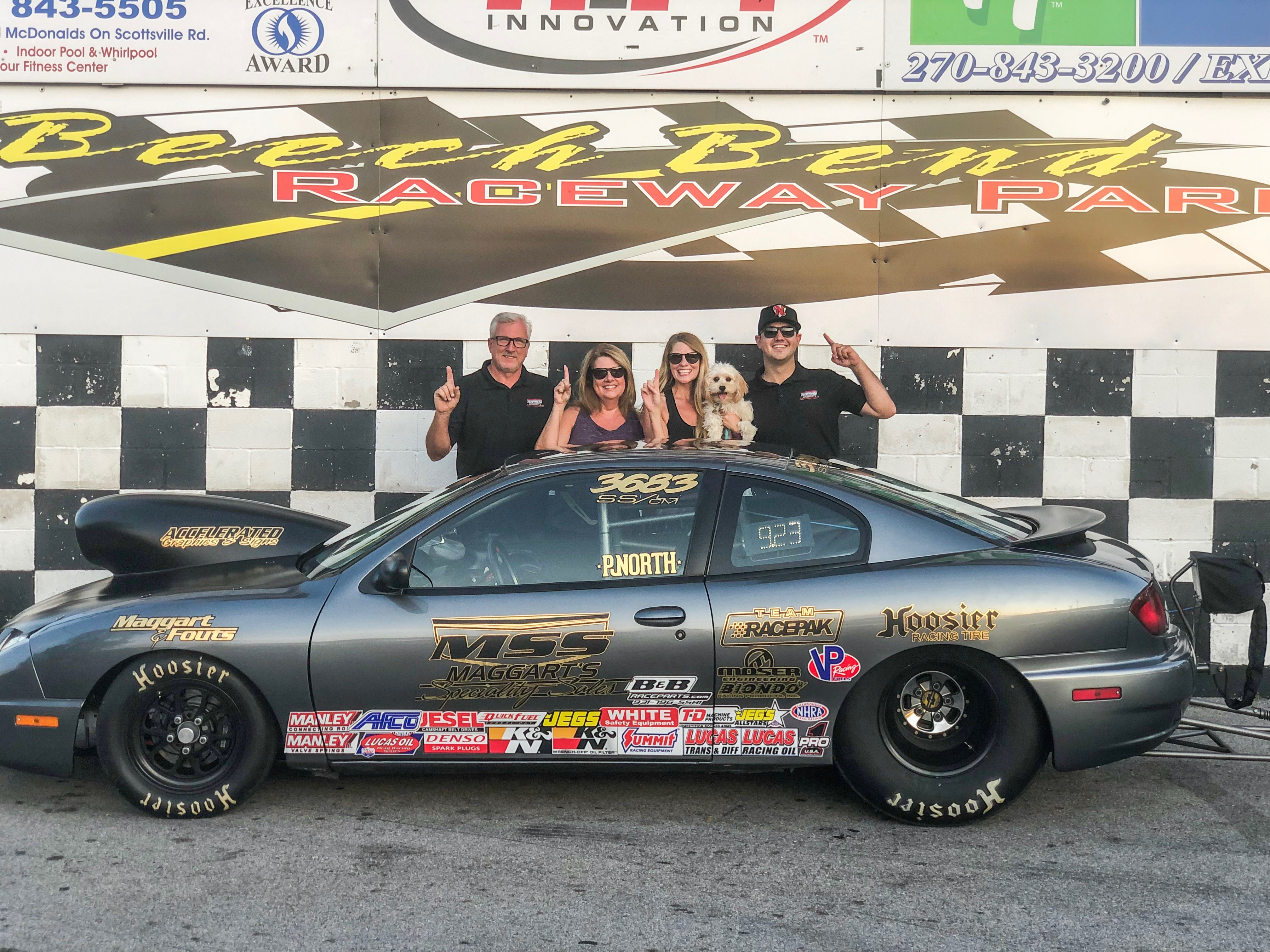