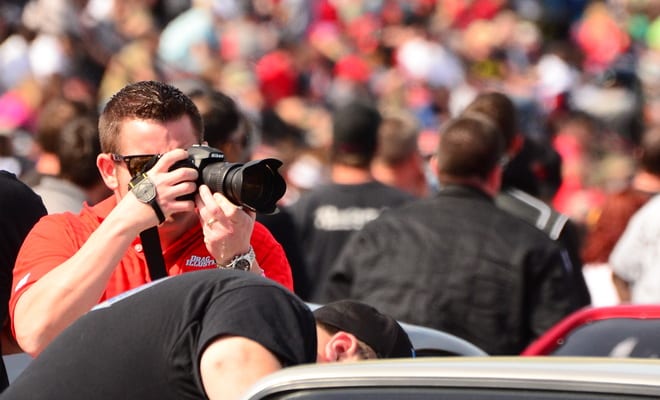 In the latest recognition for DRAG ILLUSTRATED magazine as a leading independent, monthly print publication, its cofounder and editor in chief, Wes Buck, has been named a nominee for the 2016 Robert E. Petersen Media Award, to be presented this evening during the Motorsports Parts Manufacturers Council (MPMC) Media Trade Conference reception in Santa Ana, California.

“Robert E. Petersen truly was a giant in the publishing industry and someone I’ve always looked up to and to be honest, patterned a lot of my own efforts after. Even to be mentioned alongside his name is something I never imagined happening,” said Buck, who earlier this month revealed plans to launch STREET/RACE Magazine, a new print and digital magazine for enthusiasts of modern-day, high-performance street cars.

“I’m also very pleased to know how much the MPMC values the role a print publication like DRAG ILLUSTRATED plays in today’s media environment. We certainly recognize the value of a strong digital presence, both from an editorial and marketing presence, as evidenced by the online leadership of DragIllustrated.com and our strong social media presence on Instagram, but there’s nothing like being able to see your story or advertisement in print. It leaves a lasting impression like no other medium,” he added.

Past winners of the Robert E. Petersen Media Award, “presented to an individual from the media industry who has made a recognizable positive impact on the motorsports industry and the MPMC during the past year,” include David Freiburger, Dick Berggren, Steve Lawrence and John DiBartolomeo, among others.

“I can’t really say how much of an honor it is to even be considered for this,” Buck said. “We’re always trying to stay ahead of the curve with DRAG ILLUSTRATED and my whole team is dedicated to doing the best job we can for our advertisers, readers and the racers we cover, so just being nominated feels great—and not just for me, but for everyone involved with the magazine.

“I want to thank everyone at MPMC for even considering me as a recipient for the Robert E. Petersen Media Award. It really is a huge honor for both myself and DRAG ILLUSTRATED.”