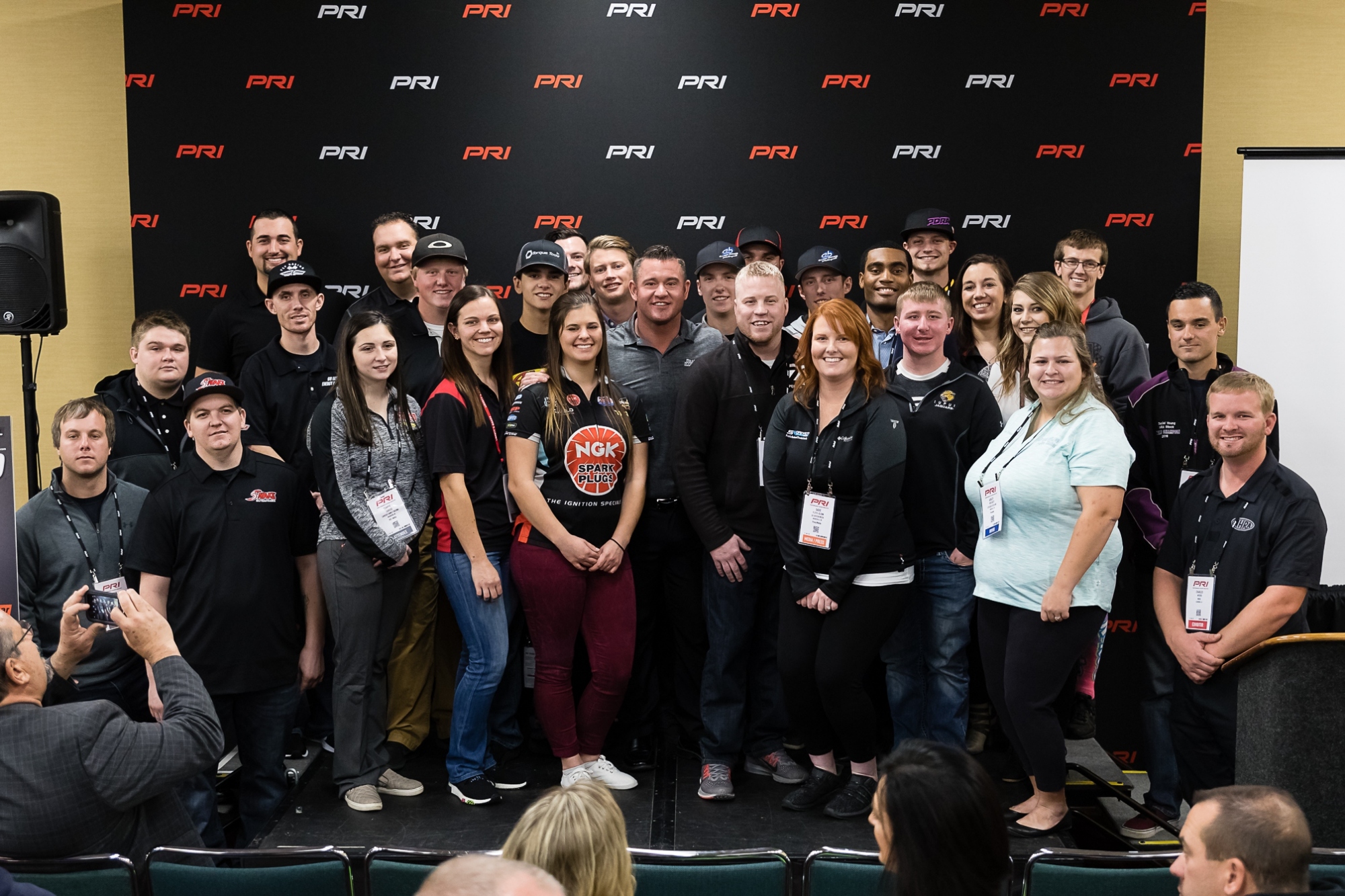 The fifth annual Drag Illustrated 30 Under 30 list presented by Moser Engineering, ididit and Thermo-Tec will be revealed during its official press conference and magazine cover reveal at 1:30 p.m. on Friday at the Performance Racing Industry (PRI) show at the Indiana Convention Center in Indianapolis.

Now in its fifth year, the annual 30 Under 30 list will be announced in the PRI Press Conference Center. The cover of Drag Illustrated issue 151 will also be released during the press conference, and one-on-one interviews will be available following the press conference with Drag Illustrated Founder and Editorial Director Wes Buck, as well as the 30 Under 30 honorees in attendance. For the first time, all honorees will also receive commemorative 30 Under 30 jackets from Classic Graphix.

“The excitement and support for the 30 Under 30 program seems to grow by leaps and bounds every year,” said Nate Van Wagnen, editor-in-chief, Drag Illustrated. “We received over 2,000 nomination forms this year, and it was a real challenge to narrow the list down to 30 honorees. I can’t wait for everyone to see the list and for these 30 young people to get some well-deserved recognition for their efforts to contribute to the industry.”

Annually one of the most popular issues for Drag Illustrated, the 30 Under 30 list spotlights the top drag racing drivers, crew members, fabricators, track owners and industry insider who are all 30 years or younger. The distinguished and highly-anticipated list has becoming a coveted honor within a sport, highlighting the up and coming stars in every area of drag racing.

“It brings me such joy to see so much excitement and interest surrounding the young people in our sport, and have that all come together with our Drag Illustrated 30 Under 30 list,” Buck said. “It’s always a highlight of the PRI show, and it’s an honor to shine a spotlight on these incredible young people in the sport. It’s so amazing to see the thousands of nominations we get, and it reassures us that this sport is in good shape. I’m excited we get to honor this next crop of young stars and I can’t wait to see another great turnout.”

The press conference has annually drawn a huge crowd to the PRI Media Center, and nearly all of the honorees are expected to be in attendance. The full 30 Under 30 list will be released in its entirety during the press conference at PRI.

It will be also broadcast live on the Drag Illustrated Facebook page starting at 1:30 p.m. ET on Friday for those unable to attend in person. An official press release detailing the honorees and their achievements in the sport will also be provided immediately following the press conference. Group and individual photos of the 30 Under 30 class of 2019 will take place on stage and in the media center during the press conference as well.