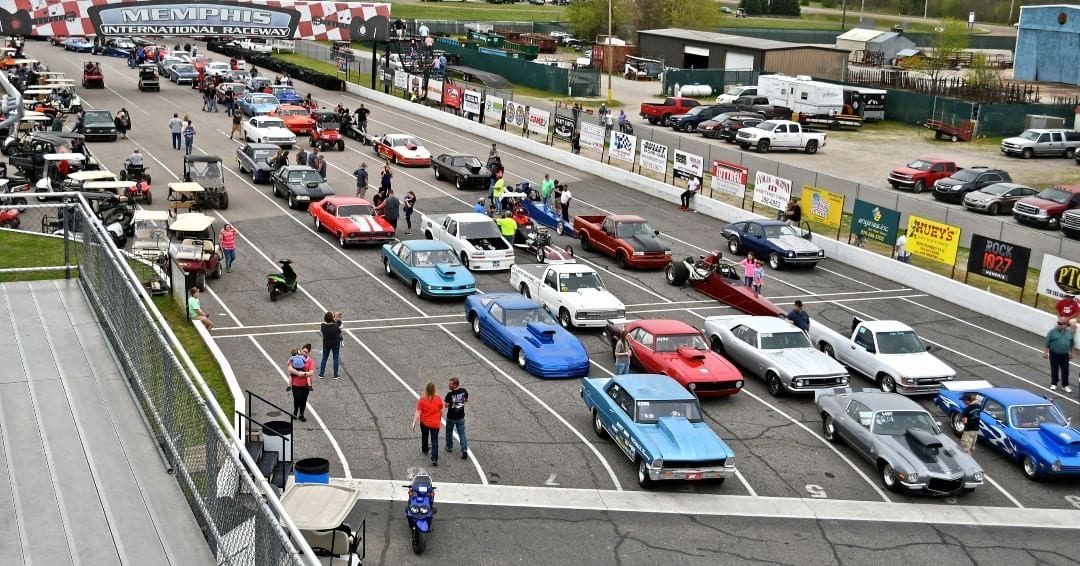 With everything from golf cart races to the Dream Team Challenge to 100 gallons of Cajun food, the Great American Bracket Race has become one of drag racing’s biggest parties.

It’s also about to get even bigger this weekend. The festive, party-within-a-race atmosphere at Memphis International Raceway will now include the DRAG ILLUSTRATED Mega Bash, as it will take place on Saturday during the Great American Bracket Race.

DRAG ILLUSTRATED Founder and Editorial Director Wes Buck will be in attendance to lead the Mega Bash, adding another memorable piece of a weekend that also includes the FTI Cookout and Golf Cart Race on Sunday.

“Instead of one party, we’re having two,” promoter Britt Cummings said. “We’re having a party and a bash now.”

Sunday’s party features a Cajun flair with a pair of 50-gallon pots filled with good, along with a golf cart races expected to draw more than 250 entries with a $2,000 payout.

Meanwhile, the DRAG ILLUSTRATED Mega Bash will get the participants primed for the weekend, as it begins at 6 p.m. on Saturday. Featuring DJ Tiger Clay and more than 500 cans of free beer, Cummings is excited about what the Mega Bash brings to an already fun-filled weekend.

This weekend’s Mega Bash will be the third of its kind since Buck debuted the concept at the PDRA season-finale last year at Virginia Motorsports Park.

It continued to rave reviews at Donald Long’s Sweet 16 race at South Georgia Motorsports Park in March, and Buck believed bringing it to Memphis International Raceway seemed like a natural step for a race that already has a noted party vibe to it.

“I’ve heard so many great things about the atmosphere of this race, and we couldn’t be more excited to bring the Mega Bash to the Great American Bracket race,” Buck said. “Britt Cummings and Gaylen Rolison have done an incredible job turning this into much more than a race. It’s an event and a party, all wrapped up into a drag race, and we want to help celebrate that with the Mega Bash.

“It’s our way of saying thank you to all the tremendous racers that help make this sport great. Without remarkable promoters like Britt and Gaylen, and awesome bracket racers like the hundreds who descend up Memphis for this event, our sport wouldn’t be nearly as great as it is. So let’s reward them with a bunch of ice-cold beers and an awesome night on what will be a spectacular weekend.”

To have a race – or at least a successful one – on Memorial Day Weekend, Cummings and Rolison knew they needed to do something different.

They hatched the plan for the Great American Bracket Race, centered on the Dream Team Challenge. Each team consists of five drivers and 32 total teams battle it out on Saturday to earn the $48,000 winner-take-all prize in the top bulb category.

With individual racing on Friday and Sunday, plus two parties and a golf cart race – which ended at 5 a.m. a year ago – it’s become much more than just a drag race. Instead of a few winners going home happy, it’s an event where hundreds can leave saying they had a memorable time.

“We wanted to separate ourselves from everyone else,” Cummings said. “The team deal is different from anyone else. You can lose first round on your team and still advance. It’s something that had never been done before. If we couldn’t have fun when we go racing, we wouldn’t do it.

Cummings jokes that he and Rolison are just a “couple of rednecks that love to have a good time.” It’s the ideal description for the Great American Bracket Race, and makes the DRAG ILLUSTRATED Mega Bash the perfect addition to the weekend.

“We’re rednecks and we like to do cool shit,” Cummings said. 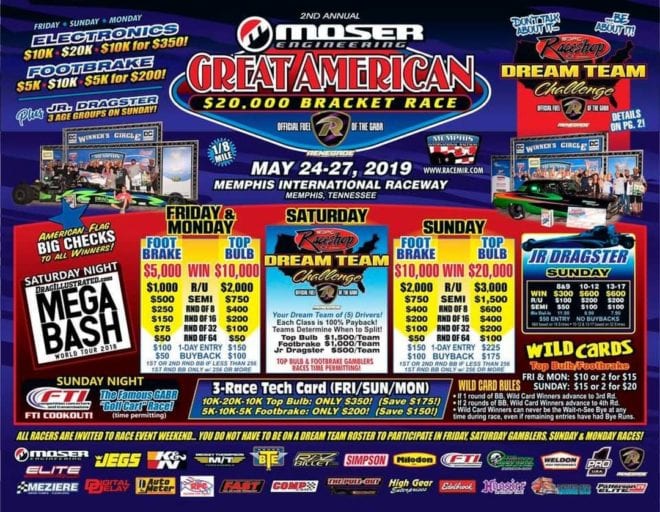