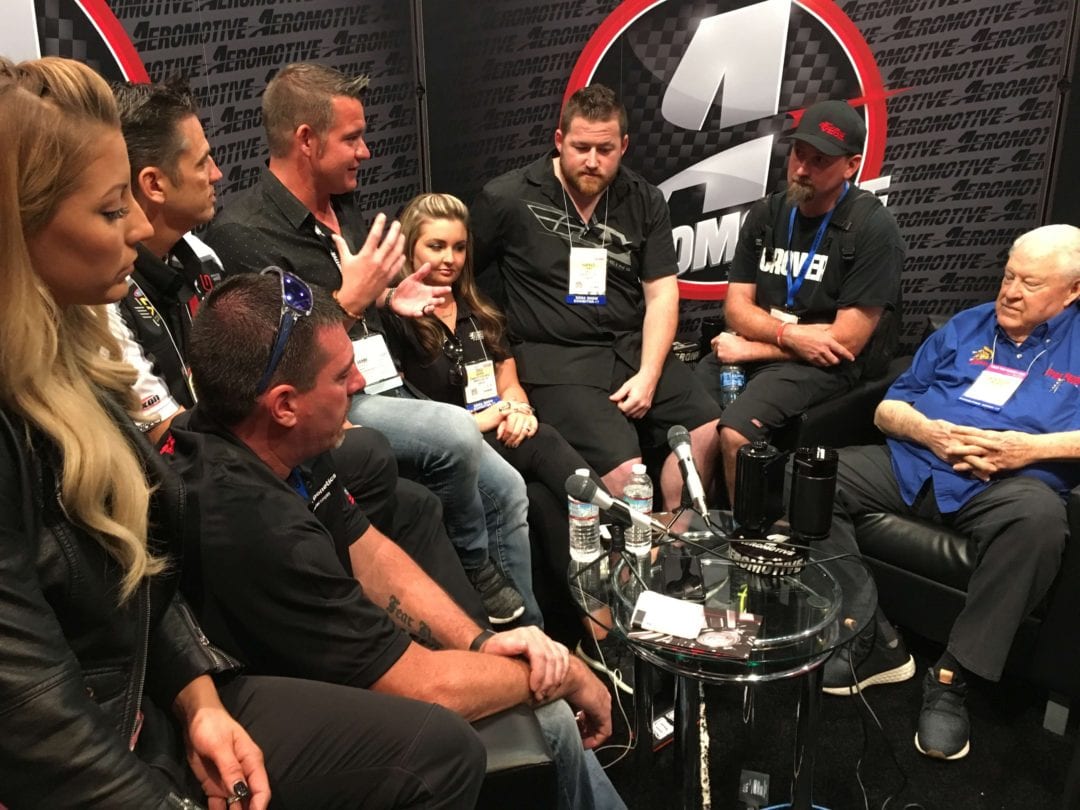 The popular “Drag Illustrated Live!” show on Facebook with Drag Illustrated Founder and Editorial Director Wes Buck will take place on Wednesday from the Aeromotive Fuel Systems booth at the SEMA Show in Las Vegas for the second straight year.

The show will take place at 12 p.m. Pacific/3 p.m. Eastern during its usual Wednesday slot, promising a number of top drag racing guests during the live broadcast from the Aeromotive booth at the Las Vegas Convention Center. Aeromotive is located at booth 23829 in the Central Hall.

A year ago, Buck hosted the live Facebook show from the Aeromotive booth, talking to a number of marquee names in drag racing and this year’s show is already slated to have a list of huge guests, including Aeromotive CEO Steve Matusek, radial tire standout Daniel Pharris, Pro Stock and Radial vs. World hitter Alex Laughlin and many more high-level industry members.

“It is such a fun environment at the SEMA show and we are thankful that Aeromotive allows us to broadcast our show from their booth,” Buck said. “Last year was such a memorable show with guests like Leah Pritchett, Larry Dixon and the late Tom “the Mongoose” McEwen, and we’re looking forward to welcoming more big guests this year. It’s such a fun show to do live from Las Vegas and it’s such a different style from what we usually do on a weekly basis.”

The SEMA Show is the premier automotive specialty products trade event in the world, and Aeromotive has already had a visible presence at the event. It has showcased products like its Gen II Stealth tanks, as well as new products like its bladder baffles and its Apex Phantom, which utilizes jet siphon technology to divide a constant supply of fuel to the bladder.

“We’re always excited to welcome Wes and the Drag Illustrated team to the Aeromotive booth at the SEMA Show, and I’m looking forward to seeing what’s in store for the show this year,” Matusek said. “It’s a great opportunity to be interactive at such a huge show and it also allows our company to be involved in the conversation during the show on social media.”