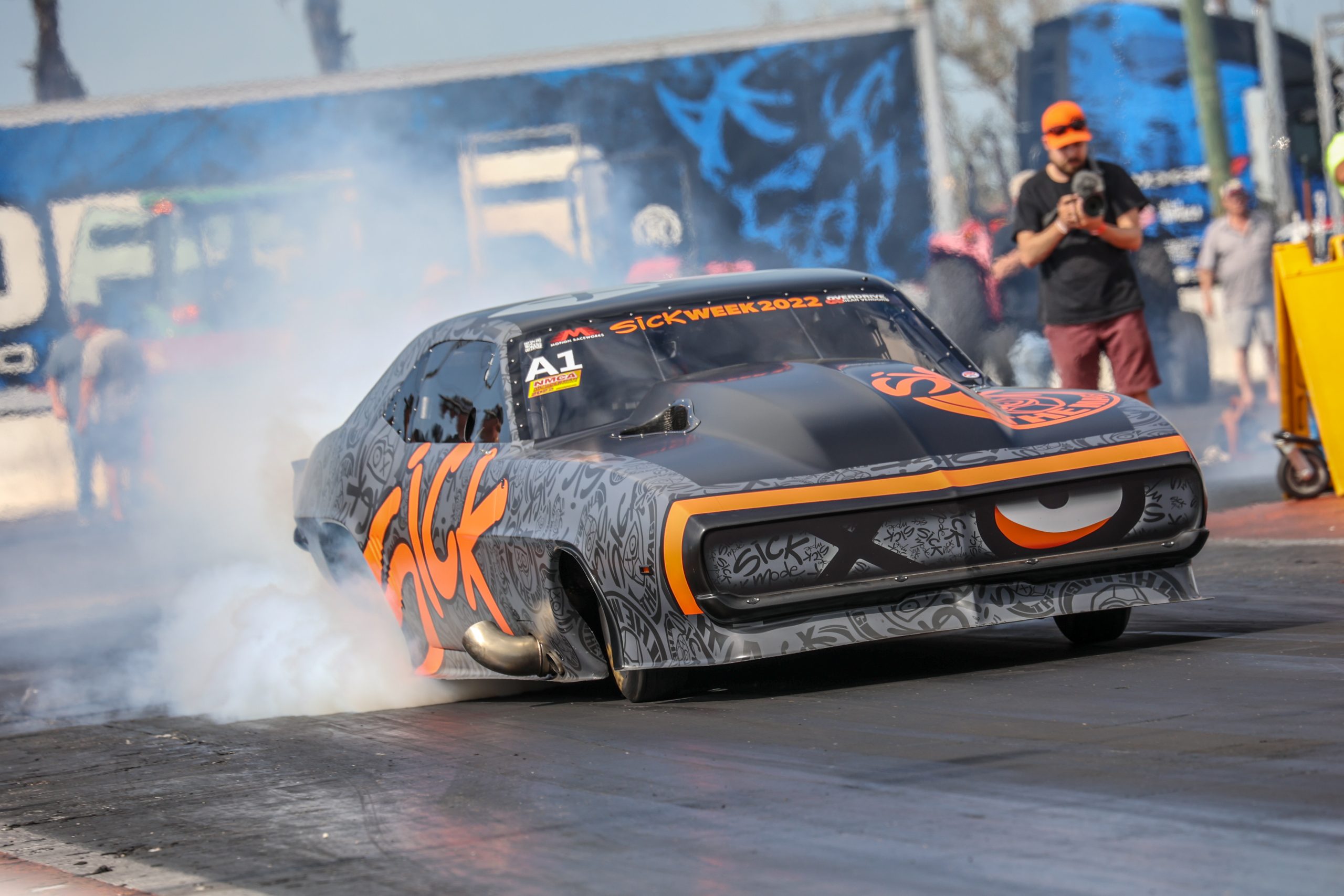 Earlier this year Tom Bailey and his friends came to the NMCA season opener for the Sick the Magazine Drag & Drive Invitational presented by Gear Vendors and they are returning to the NMCA this summer at US 131 Motorsports Park July 21-24, 2022. The second of three appearances in 2022, the Drag & Drive Invitational races into action during the Arrington Performance NMRA/NMCA Power Festival Presented by TorqStorm Superchargers.

“The Sick the Magazine Drag & Drive Invitational was a fun addition to our huge season opener and we are excited to host them again at NMCA,” said Rollie Miller, National Event Director and General Manager of the Red Line Oil NMCA Muscle Car Nationals. “This organization was founded on the fastest street car concept so to have Tom Bailey’s record holding Camaro along with Alex Taylor and her ‘55 Chevy gets back to the organization’s roots.”

Drag & Drive events were spawned from the famed Hot Rod Magazine Drag Week format where competitors visit a new drag strip each day and by the end of the week, they’ve accumulated around 1,000 miles of street driving. The group’s trip to NMCA events is more casual with a short street jaunt to lead the TorqStorm Superchargers True Street cruise along with time trials on Friday and Saturday with eliminations on Sunday. The invitational concludes with a $5,000 payday and custom winner’s award, courtesy of Gear Vendors.

The Arrington Performance NMRA/NMCA Power Festival Presented by Gear Vendors is the largest stop on tour with over 500 race vehicles, the Original BIGFOOT 4X4 Monster Truck on display, and a massive UPR Products Show & Shine that includes a special Gilmore Museum partnership. For more information and advance tickets to this can’t miss event, visit www.NMCAdigital.com