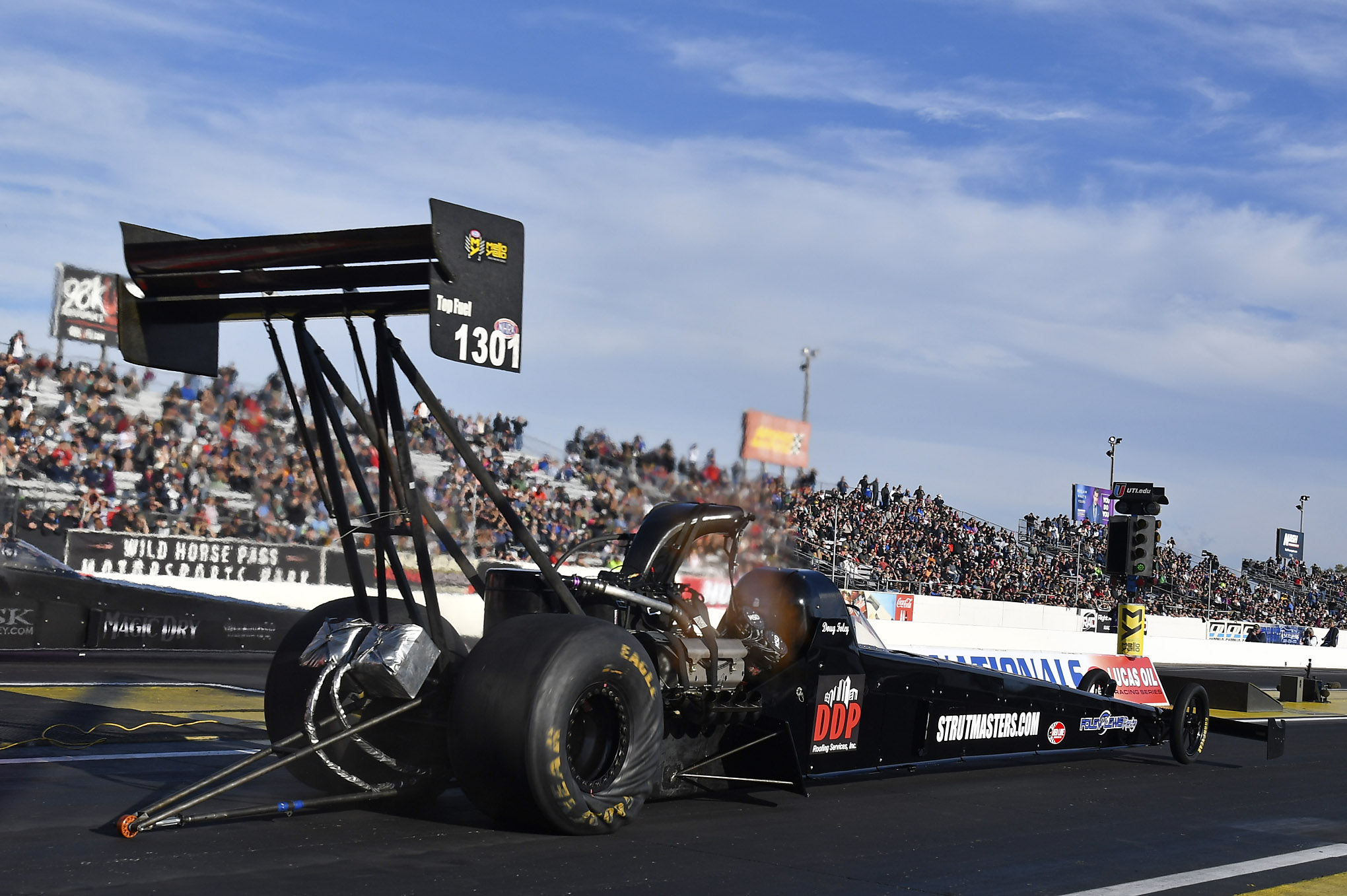 NHRA Top Fuel veteran Doug Foley officially made his return to competition at the NHRA Arizona Nationals in February, but he sees this weekend’s 51st annual NHRA Gatornationals as the true season opener for his Foley Lewis Racing team.

The prestigious Gatornationals, March 12-15 at Gainesville Raceway, was where Foley traditionally started his season, going back to his Top Alcohol Dragster days in the early 2000s.

“I’m more excited about Gainesville than I was about testing and making our first race in Phoenix,” Foley said. “Gainesville was always our season opener. I would never consider Gainesville a home race, but I was brought up on racing at Maple Grove, Englishtown and Gainesville as far as national events. With Englishtown gone, there’s not a whole lot of those East Coast races that go back 20-30 years. We’re excited about getting back to Gainesville and seeing our Florida fans.”

Foley returned to NHRA Top Fuel at the Arizona Nationals after an 11-year hiatus from the class. He qualified No. 14 with a 3.878-second pass at 311.13 mph and fell in the opening round of eliminations. The Mooresville, N.C.-based residential real estate developer plans to improve on those marks across the board at Gainesville.

Adding to Foley’s enthusiasm around the Gatornationals is the addition of FB Trailers as a major associate sponsor to the team’s growing sponsor roster. Located in the Jacksonville suburb of Orange Park, Florida, Fly’n Brian Trailer Sales offers a wide range of new and used trailers and towing accessories from industry-leading manufacturers.

“We’re starting to get some momentum in the sponsorship department and we’re talking to people who are willing to see what we can do to help them grow their business,” Foley said. “To have somebody like FB Trailers get on board and help us means a lot. It’s good to see that our work is paying off and people see value in what we’re doing.”

“If there are any local fans or racers at the race in the market for a trailer, come on by and talk to us,” Foley added.