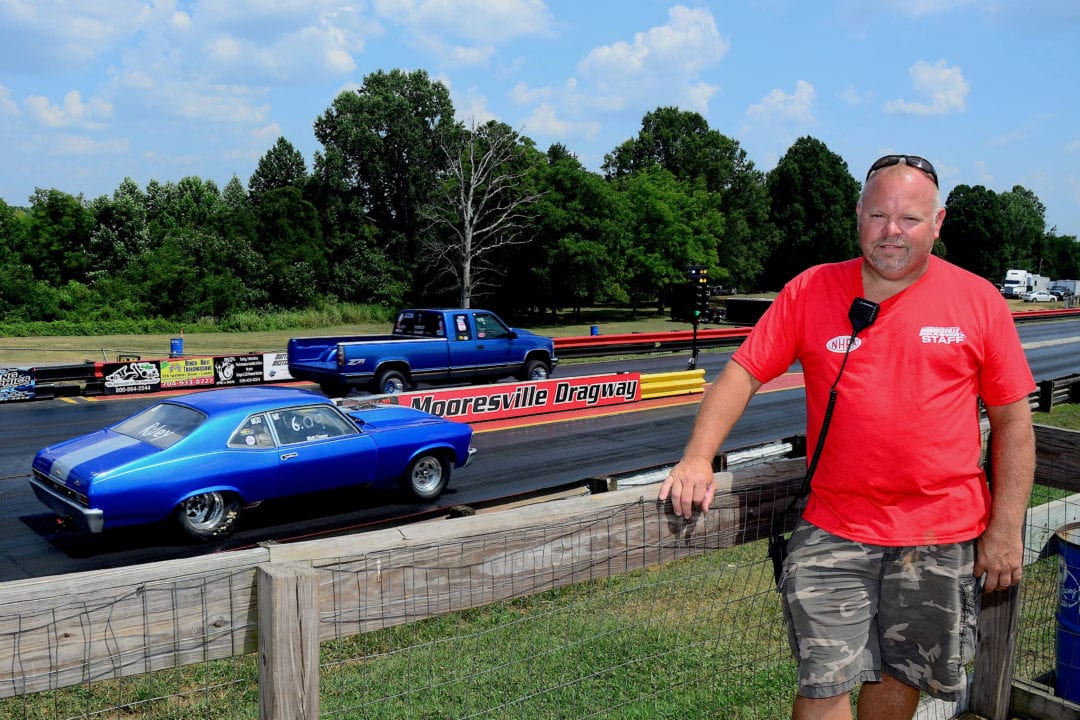 Longtime chassis builder and racer Donnie Gibbs Jr. says that owning a drag strip was something of a lifelong dream, but not just any drag strip. He was really only interested in purchasing the legendary eighth-mile track in his hometown of Mooresville, North Carolina, which also happens to be located less than a mile from his race car shop.

The opportunity to buy Mooresville Dragway was wide open in 2017, but its condition had deteriorated in recent years, especially after sitting desolate for pretty much all of 2016. The reality of the situation was pretty grim for the continuation of the track, and in fact, it was just one month away from the expiration date of its grandfather clause, which allowed the facility to continue operating as a racetrack. That’s when Gibbs stepped up and closed a deal to save the track, buying it outright from the Leazer family, who’d owned it for much of its existence.

For Gibbs, he says it wasn’t even a question – he simply couldn’t let this track and a lifetime of memories get bulldozed and replaced by who knows what. By February 2017, even before the papers were signed, Gibbs was busy putting the finishing touches on a race schedule, “just in case it worked out and the deal went through,” he says. By March it was a done deal and Gibbs’s lifelong dream was realized.

Next came the round-the-clock effort to clean the place up and make it presentable for his first race season. Virtually all of the track’s equipment was in poor condition, and everything from tractors, sprayers and electronics needed replacing. “If anybody wants to know what real work is and how to be broke, buy a drag strip,” Donnie laughs. “It’s everything I thought it’d be, plus a whole lot more!” Regardless, though, the only regret Gibbs currently has is not having more money to perform the restoration at a quicker pace. “It kills me to not be able to do the things I want to do, but I’ve got to pay for the place. It will happen, it just takes time,” he says.

To his credit, the facility already looks better than it has in years, but Gibbs envisions many more updates, some of which are already in the works. For example, Mooresville’s shutdown has been in need of lengthening for a while now, and Gibbs is about to remedy the situation. In July, the shutdown was leveled and prepped for paving, which will add an additional 300 feet of length and provide an extra pull-off. The installation of concrete walls is something Gibbs desperately wants to do, and will be accomplished as soon as it’s feasible.

Mooresville used to be a hotbed for Pro Mod racing from the 1990s to the early 2000s, and Gibbs has a dream of returning ultra-fast doorslammers to regular competition. Other future updates include relocating his Gibbs Race Cars shop to the grounds of the drag strip, complete with a speed shop. “My current shop up the road is for sale, and just as soon as we can get it sold, I’m looking forward to relocating the shop right here at the track.” Gibbs even envisions building a house on the Mooresville Dragway property, which will serve as his primary residence. “I never leave the track anyway, so I may as well move everything out here,” he laughs. He’s dedicated about the long-term investment of the track to the point that he’s yet to even pay himself a dime, electing instead to re-invest everything into the improvement of the facility.

The locals who grew up racing here have responded favorably to Gibbs’s dedication and they support the track often. Gibbs says he tries to schedule some type of event every single weekend, including 11 points races for his bracket racing participants. Other special events include diesel truck meets, Street Outlaws, Volkswagen races, and the Elite Drags, an action-packed event that consists of Top Sportsman, Top Dragster, LS Renegades, index racing and an appearance by the Carolina Class Racers Association. Gibbs is also gearing up to host the NHRA National Open in September, which he says might be the biggest event of the year.

And if he’s not busy enough, Gibbs even competes in the Gibbs Race Cars-sponsored 4.70 series, which he also founded in 2012. He races his 1992 Camaro at Mooresville and also tours to neighboring tracks to compete in the series, usually holding 10 or so events per season.

Gibbs will tell you he’s got a full plate, but his intense focus is set squarely on making Mooresville Dragway a top-notch facility, and his long-term vision and determination drives him toward that goal daily. “I just want Mooresville Dragway to be in super-nice condition,” he concludes. 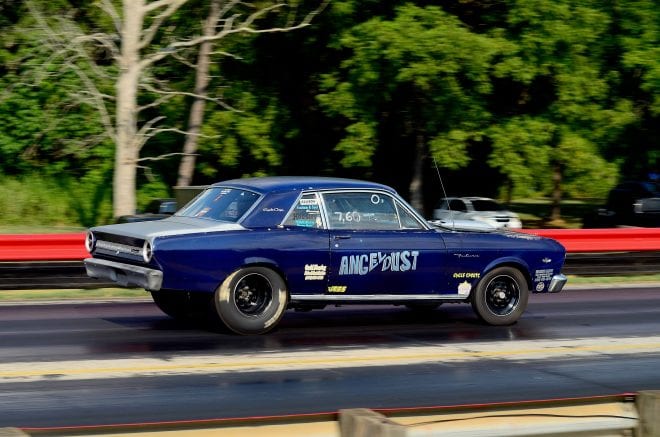 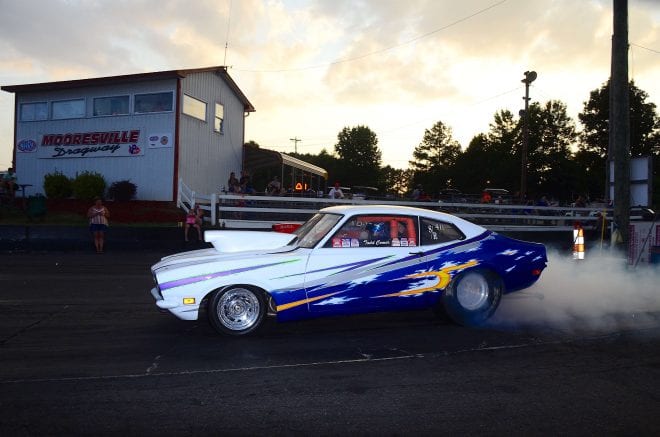 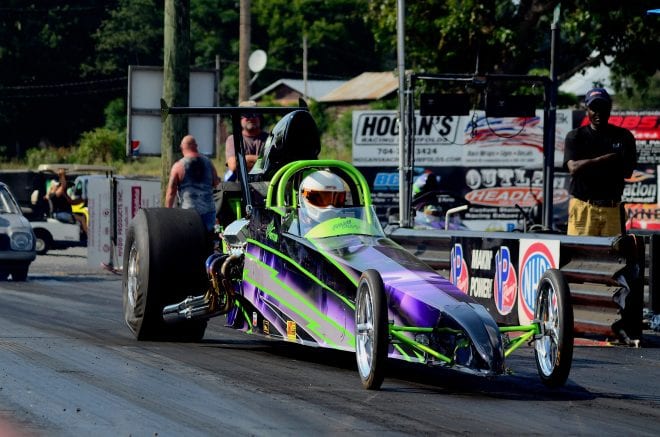 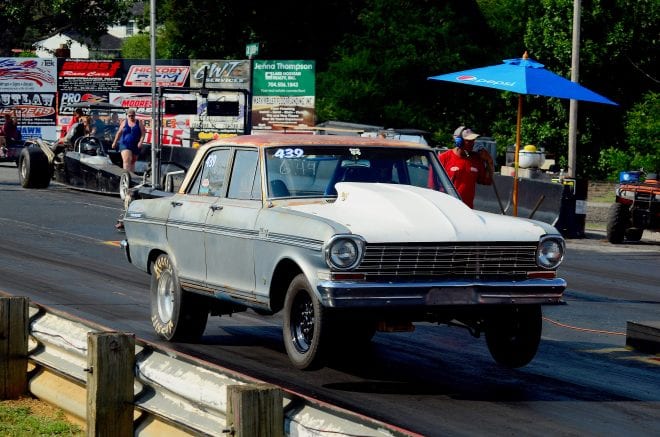 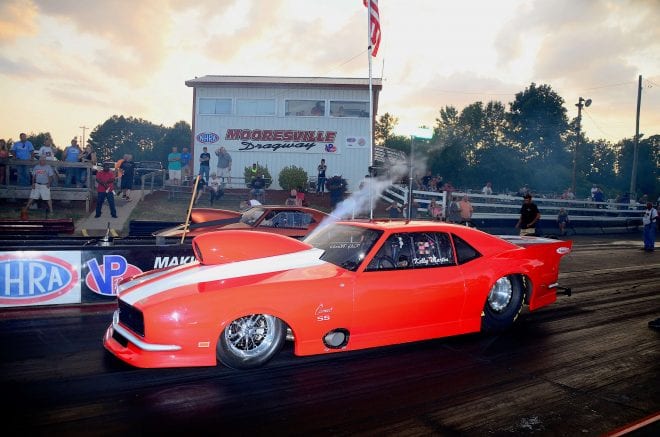 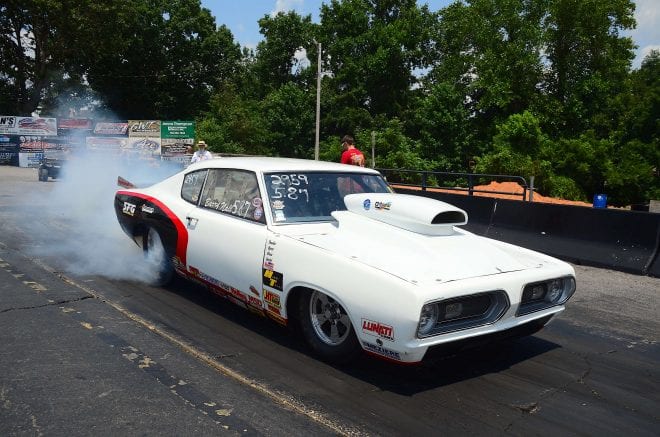 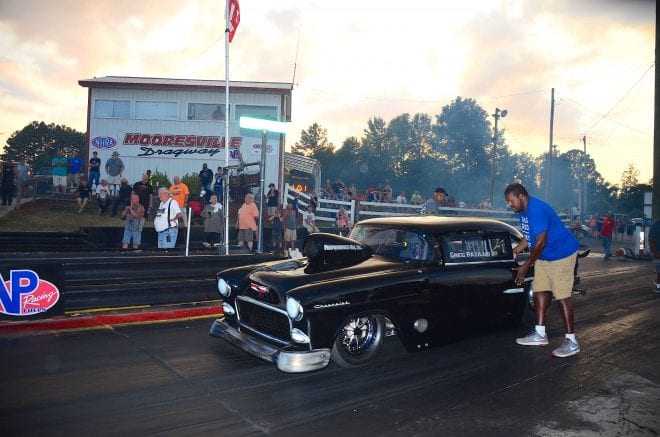 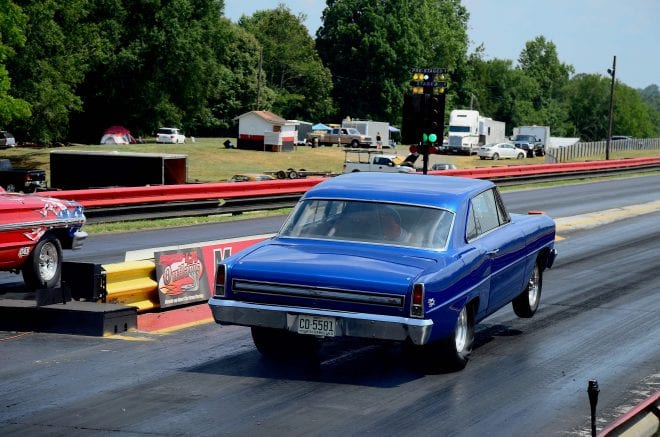