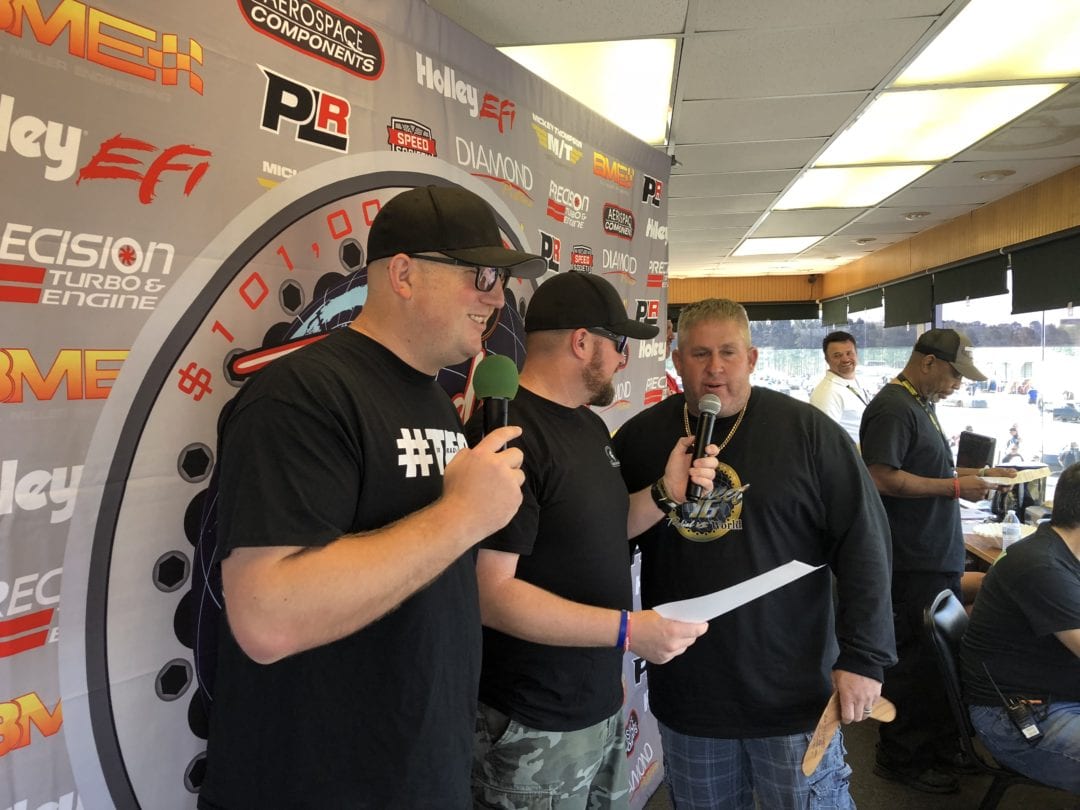 For a man who just handed over $101,000 in a clear suitcase, Donald Long sure seemed to be in a good mood on Saturday.

The truth is, Long was ecstatic with how his inaugural Radial vs. The World $101,000-to-win Sweet 16 went at South Georgia Motorsports Park. It produced outstanding racing, great excitement and had plenty of people talking since the first qualifying session on Thursday, surpassing even the large expectations Long had for the event.

In the end, he handed the suitcase loaded with cash to winner Mark Micke, but not before he enjoyed himself immensely over the past three days.

“Everybody went faster than what I thought,” Long said. “I figured we would get some .67s, .68s, but I was extremely happy. We had a great time.”

Long’s radial events continue to be the talk of the drag racing world, but there’s no doubt massive races like Lights Out and No Mercy are a grueling task every time out.

With the Sweet 16 race, Long limited it to just Radial vs. The World, as 34 cars traded knockout punches over nine qualifying sessions. It was purposely done in front of a limited crowd in Valdosta and just one class, and the result was some serious buzz surrounding the race.

Long was pleased with the interest from fans in purchasing the event on pay-per-view and with one record run after another setting the stage, there was excitement at every angle.

In a way, Long felt reinvigorated by what took place over the weekend compared to the arduous stretch during the Lights Out and No Mercy races.

“Something about it re-energized me,” Long said. “It was awesome.”

Long was pleased to hand over the cash-filled suitcase to Micke, calling him “one of the nicest guys” in the class. That meant something to Long, who was seen repeatedly throughout the weekend walking the pits and talking with drivers.

That noticeable excitement wasn’t lost on the drivers and it’s something Long hopes to continue, even during the massive Lights Out and No Mercy races.

“Normally when we get here I can’t be found because I’m too busy doing other stuff and I got to get away from that because I can’t keep doing that,” Long said.