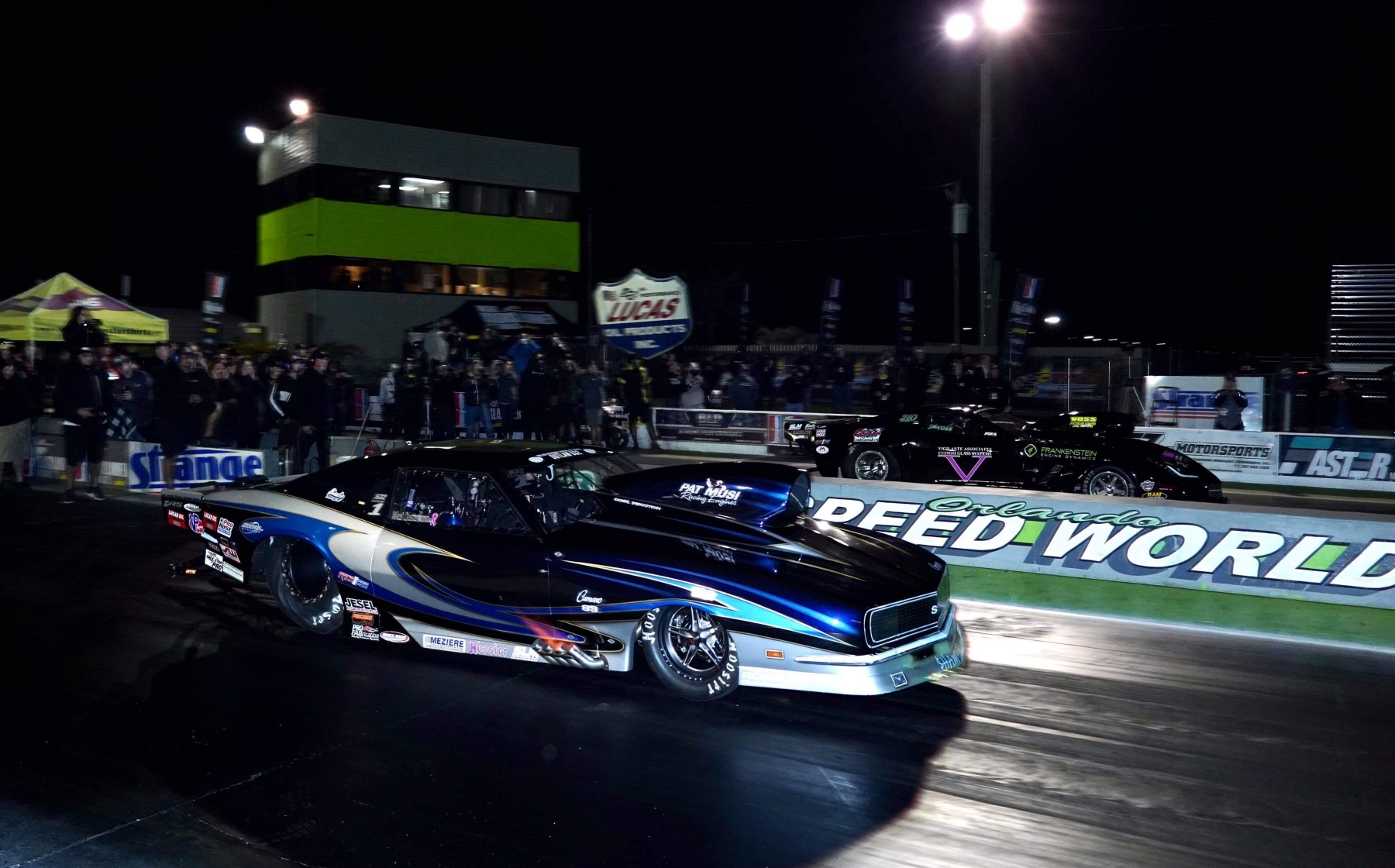 In addition to Pro Stock and Pro Mod, a range of additional classes raced for big money on Sunday at the CTECH Manufacturing World Doorslammer Nationals presented by JEGS at Orlando Speed World Dragway.

Wes Distefano entered the World Doorslammer Nationals with the No. 1 on his window as the defending world champion in PDRA Pro Outlaw 632. His Musi 632-powered $hameless Racing ’68 Camaro qualified No. 3, giving him a solid start going into Sunday eliminations. He continued running strong all day, firing off a 4.158-second pass at 173.07 to defeat defending event champion Dillon Voss and his 4.246 at 168.45 in the final round.

“We were working on some things and we were pretty consistent,” Distefano said. “We knew we were chipping away at the little stuff and sneaking up on it [going into eliminations]. With the weather today, it just came to us. In this kind of air, everybody is going to run incredible. We just figured it out to the point where we ran the best.”

Distefano collected a class-record $15,000 payday for his winning efforts. Along with the Holdorf family and C&C Pumping, Distefano and $hameless Racing put up money so the class could race for its highest payout alongside the marquee Pro Stock and Pro Mod classes.

“It’s great to recoup some of that,” Distefano joked. “We had the odds stacked against us when you put up money like that. It was good to overcome the adversity and come out on top. We’ve supported and promoted the 632 class and I think we’re seeing the growth of that. This big payout encourages people to continue building cars knowing that this class is strong, it’s going to be around, and that there’s going to be strong car count and participation.”

Voss qualified No. 4 in his Voss Racing Engines-powered ’17 Corvette, then raced past Tony Lobaldo, Chris Holdorf and No. 1 qualifier Daryl Stewart on his way to the final round. 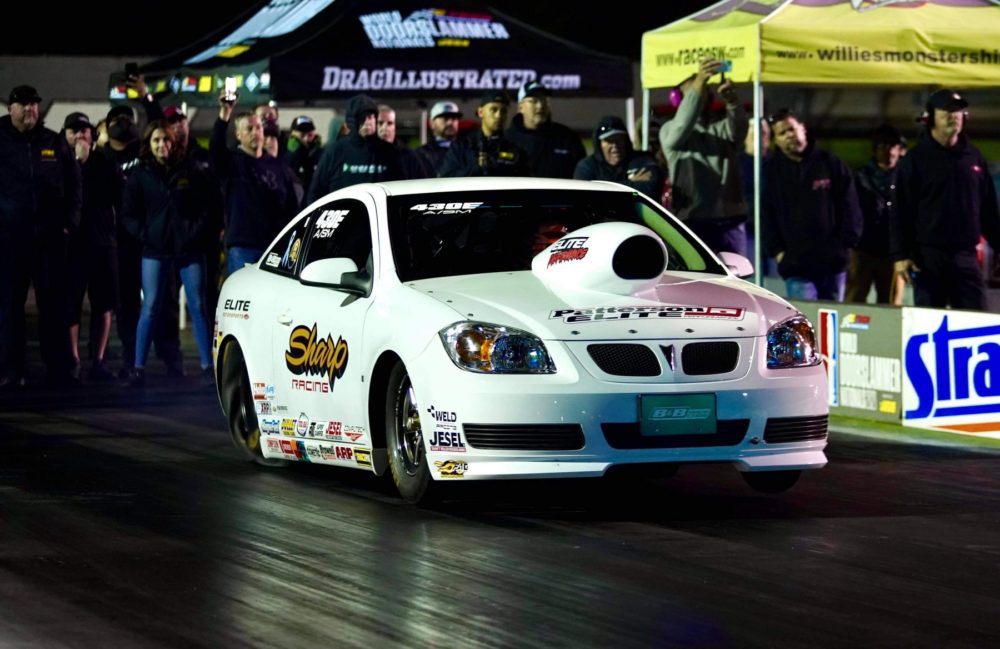 Four-time NHRA Pro Stock world champion Erica Enders was one of numerous drivers pursuing a double-up victory at the World Doorslammer Nationals, competing in Pro Stock and Comp Eliminator. She bowed out in the Pro Stock semifinals, but held on for her first Comp Eliminator victory. Enders left the starting line first and ran a 7.894 at 176.42 on an 8.15 index, defeating Joseph Arrowsmith, who went 9.961 on an 8.21 index.

“A win is a win, no matter what the time slip says,” Enders said. “I was still pretty mad about my semifinal Pro Stock performance, but it’s really cool to win in Comp. It’s a class that I’m very new to, and I’m still learning how to drive the car. Leaving on a bottom bulb is a totally different procedure. It was a little ugly and I had to pedal the car, but you leg it out to the finish and I saw him disappear. It was cool.”

Arrowsmith qualified No. 3 in his ’06 Pontiac and knocked out Pat Ross, Royce Freeman and Joe Carnasciale Jr. in prior rounds. 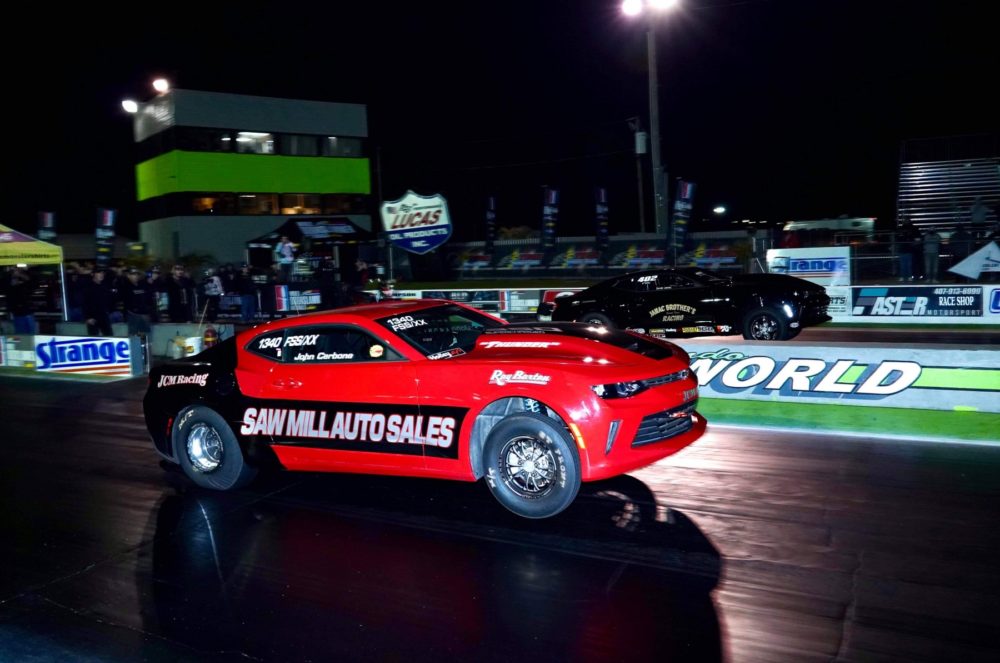 Driving one of three cars out of the Saw Mill Auto Group camp, John Cerbone delivered a standout performance in Factory Shootout competition, culminating with a $10,000 victory in the final round. He steered his Travis Hilger-tuned ’19 COPO Camaro to a career-best 7.721 at 180.31 alongside David Janac’s 8.157 at 142.24.

“This is the biggest race I’ve ever won – and I’ve won some big races,” Cerbone said. “This is really big for us. I really feel like we did something, like we accomplished something here. We did it with the help of all of our teams. It’s a testament to Barton [Racing Engines] and Travis and everybody else on the team. Everybody did this. I just drove the car. All this doesn’t happen without Robert Falcone and Ronnie Maio from Saw Mill Auto Sales. They’re the ones that put this together for us.”

Cerbone qualified in the No. 6 spot and beat Stephen Bell, Mark Pawuk, and David Barton to earn his spot in the final round.

Janac was just a tick quicker than Cerbone in qualifying, starting race day from the No. 5 position. He earned round wins over Leonard Libersher, teammate and defending NHRA Factory Stock Showdown world champion Aaron Stanfield, and Arthur Kohn. 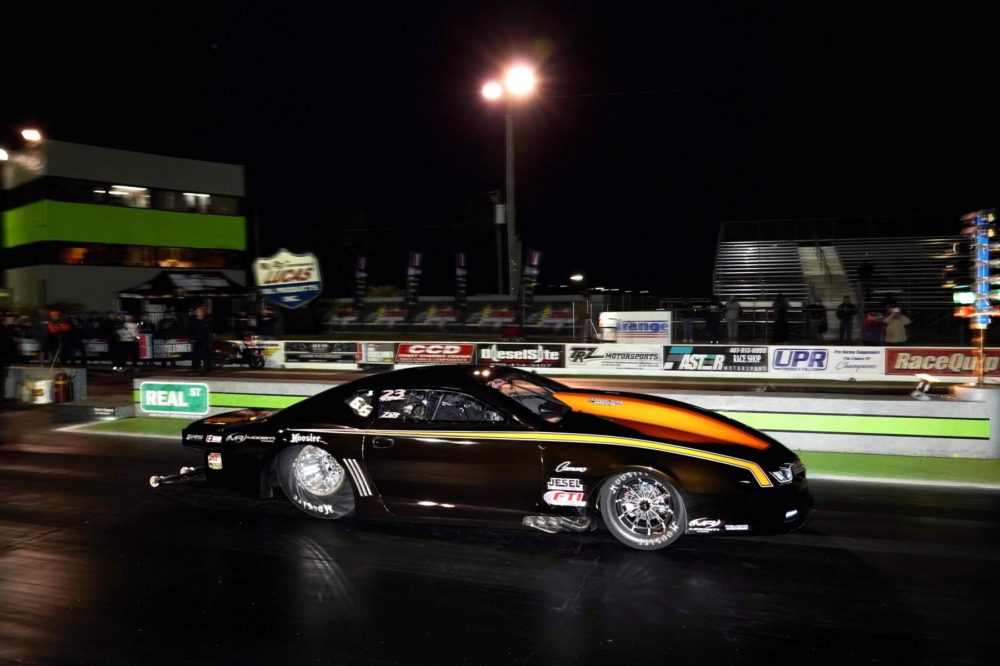 North Carolina Top Sportsman hitter Derrick Brown strung together five round wins in his ProCharger-boosted ’14 Camaro to pick up the $10,000 Top Sportsman check. He was running low 6-second passes all day until he got loose in the final round, still beating David Cuadra, who encountered traction issues off the starting line and couldn’t recover.

“The track got a little loose and I probably drove it a little too far,” said Brown, thanking crew chief William Brown and supporters like Modern Racing and FTI Converters. “I seen him over there and I just wanted to get out far enough that he couldn’t come back and correct himself. I probably took it a little too far but I got it corrected and down the track safe.The car is in one piece, the motor is in one piece and I can go to the next race. [This win] means a lot to me.” 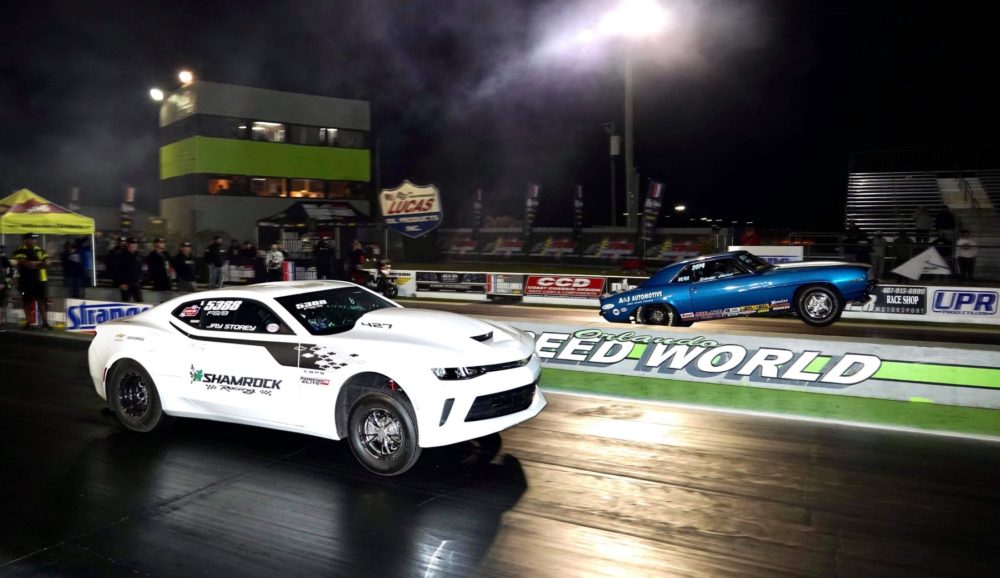 Super Stock racer Brian Oakes made the trip down to Orlando from his North Carolina home base to take part in the $10,000-to-win Strange Engineering Stock/Super Stock combo at the World Doorslammer Nationals. He made his trip pay off, winning five rounds in his ’69 Camaro. Oakes defeated Jay Storey in the final round, using a .006 reaction time and a 9.021 on his 8.98 index. Storey ran 8.887 on his 8.89 index in his ’18 Camaro.

“I said I’d come down here for the money,” Oakes said. “You do the math – $10,000 to win – why not? I think this is a real good deal.It can’t get too much better. Being retired, that’s like a million! I got 7-8 runs in testing and three time runs, which was great considering the weather. I really think they did a good job and I hope they do it again. I’ll come back again next year.”

Oakes beat Jeff Anderson, David Lindsay, and Edmond Ellison before receiving a bye to the final round.