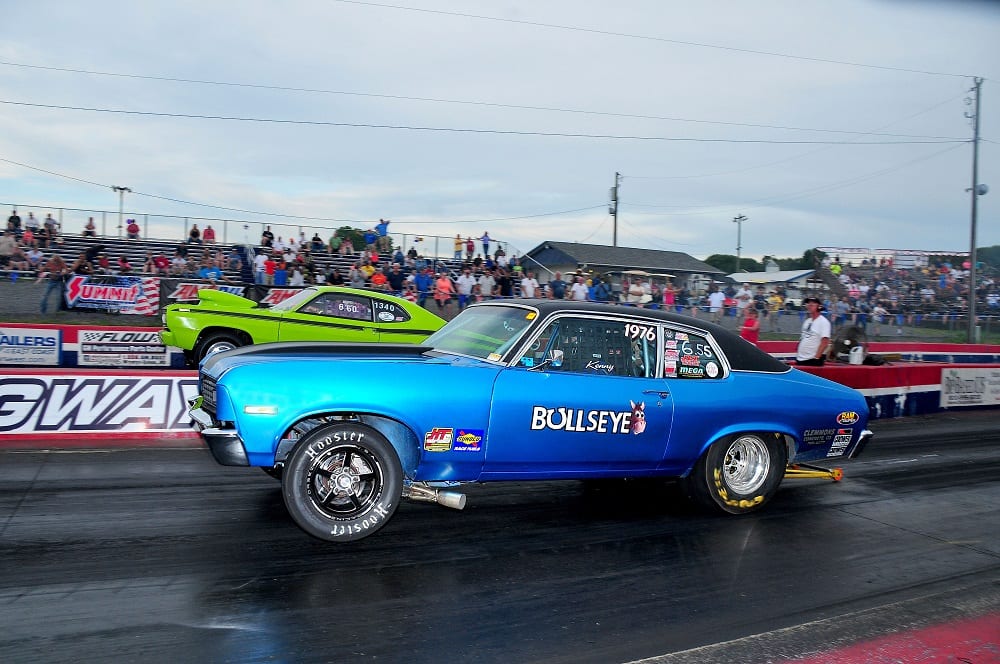 With the 6th annual Stick Shift Nationals now in the books, it’s clear that the sponsorship-generated purse isn’t the only thing that grows larger each year, as the car count continues to soar in number as well. The most recent running of what’s likely the fastest growing clutch car event around saw 72 participants show up at North Carolina’s Farmington Dragway to do battle for a piece of the record $16,000 in prize money – all of which was raised by sponsor donations.

It’s hard to imagine that such a celebrated event attracted just 5 cars as most recently as four years ago, but that was before the “dialing for dollars” concept was implemented for raising payout monies for this race. The turning point can be traced back to when Ken Regenthal retired his Pro Mod car in favor of a gear jammer a few years back, only the Quick-8 star didn’t merely get involved in stick shift racing as a participant, he also became directly involved in raising funds for the once-yearly Stick Shift Nationals.

“I basically just started calling people I knew and asking if they’d like to be a sponsor of this race, and amazingly it 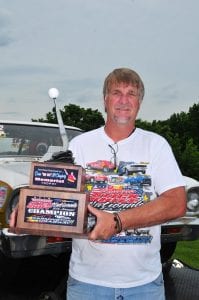 continues to grow each and every year,” explains Regenthal. His first year efforts of sponsorship-seeking donations for the purse resulted in $4,500, followed by $5,500 the next year. The 5th annual running of the event in 2015 saw a whopping $12,000 raised, and many onlookers believed that number might be the ceiling of support, but it clearly was not as sponsorship levels rose yet again to the aforementioned $16,000 in total payout that was awarded on May 28th, 2016, after the most recent running.

Remarkably, the entry fee for car and driver continues to be completely free, and the payout structure is spread deep with $3,000 awarded to the winner, all the way down to $50 for each round won. If you happen to lose first round, no worries, you can enter the “second chance race” which pays $1,000 (along with lots of round money) and likewise is completely free to enter.

As if that wasn’t enough to generate some excitement, local hero and drag racing engine building legend Gene Fulton made an appearance at the event – jumping out of an airplane and parachuting his way down to the starting line while the National Anthem played in front of a huge crowd of cheering fans. After removing the parachute from his back, he promptly climbed behind the wheel of Regenthal’s 1966 Corvette and competed in the Stick Shift Nationals.

Fulton made a round one exit though when he met eventual finalist, who also happens to be Ken Regenthal’s son, Kenny Regenthal, wheeling his popular “Bullseye” 1976 Nova. Kenny would continue marching his way through eliminations where he squared off against the 1966 Chevy II of Ronnie Flynt. Both drivers cut amazing reaction times and each ran close to their dial-in with Flynt barely edging out Regenthal in the thrilling finals.

It was an amazing event from start to finish, with a total of 11 exciting classes competing in this epic event that’s held on a single Saturday.

“As with anything this successful it requires a lot of hard work by a lot of great people, including the entire Farmington staff, along with dedicated efforts from people like, Leigh Ann Flynt, and of course, Ken and Lisa Regnethal,” comments longtime race promoter and announcer, Mark Joyce.

Additional winners from the 6th annual Stick Shift Nationals include: Chad McCreary who got past Scottie Keller in the Stick Shift second chance race. Ronnie Courtney picked up the Dash For Cash prize money, while Kevin Carpenter edged out Nick Cline in the 4.70 class. James Bunton dazzled fans with his unforgettable 500-foot, sideways burnouts, which easily captured the MJ Printing-sponsored Burnout Award for the 4.70 class.

Tony Brown’s PTRA series was also on hand and provided many classes of competition including 5.30 index, which saw Chris Warren taking the win over Bubba McMasters. In 6.00 index, Don Stevens got past Roger Lester. C.J. Hodges took the win over Rusty Crabtree in 7.00 index, while Jeremy McSwaim won over Mike Hutchens in the finals of Pro Tree Eliminator.

Amazingly, Ben Gibson entered two cars in Jr. Dragster and had the daunting task of meeting himself in the finals. It was an incredible outing for the young driver. In Farmington’s long tree bracket race, Keith Floyd showed everyone he could still drive by coming out of retirement and wheeling his son’s dragster to the victory over Jeremy McSwaim. Charlie Watson also scored his first Footbrake win over Tim Sidden. Virginia Bohanon’s Memorial Weekend winning streak continues in the Street class, as she captured the win yet again, this time getting past Bob Goss to defend her Stick Shift Nationals title two years in a row.