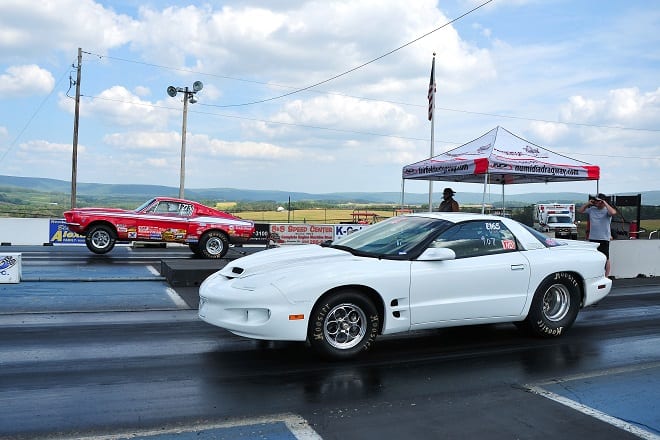 When Bob DiMino and his family took over operations at Numidia Dragway a decade ago, they certainly had their work cut out for them. The greatest challenge lay in restoring faith among the bracket racing community, which DiMino says remains his core support group at the NHRA-sanctioned, quarter-mile strip in scenic Catawissa, Pennsylvania.
The track dates back to the early 1960s when it was built by a local doctor, then later sold to a real estate developer and was even briefly owned by former NHRA Pro Stock racer Max Naylor. When the DiMino family took an interest in Numidia just over 10 years ago, the track had been on a steady decline, however, and was purchased out of foreclosure.

The DiMinos vowed to bring the beautiful facility back to life.

“We basically had to rebuild this track,” says DiMino, who spoke not in terms of structural repairs, but rather the fractured relationship the track had with racers. “We may have had 30 cars total show up at our first race after we took the track over. It was a long first year.”

Thankfully, though, the DiMinos accomplished what they set out to do and restored the Numidia bracket racing program. “We’re all racers ourselves in my family, so we’re a track that favors the racers,” Bob says.

DiMino describes the track’s location as “in the wilderness” as far as population goes, so he feels it doesn’t make sense to hold a lot of thrill shows throughout the year. “We might bring in a couple jet cars twice a year and a fireworks show, but that’s about as far as we go with shenanigans,” he laughs.

Regardless, the track does attract racers from all over Pennsylvania and New Jersey, as well as upstate New York, parts of Ohio and even Canada. Typically, it hosts two-day combo bracket events on Saturday and Sunday, with as many as 22 events scheduled per season.

“We try hard to complete 20 point races per year, but sometimes bad weather is unavoidable. Typically, we don’t even open up until April 1st, and even then things don’t get going good until after Easter. It’s rough up here,” DiMino states. “We close out the season each year with ‘October Bucks,’ which is a string of $5K and $10K-to-win bracket races, and after that we close the track and remain shut down for the next six months.”

The DiMinos not only take great pride in the way they operate this track, but also distinguish themselves as a cut above in their concession stand, which offers among the best food you’ll ever enjoy at a drag strip.

“We’ve been told by many people that we’ve got the best track food in the country,” Bob says with obvious pride. “All of our food is homemade from ingredients we get out of New York. We also specialize in homemade Italian Ice, and our cheese-steak sandwiches are very popular.”

Numidia Dragway represents what DiMino describes as a “side job” for his family. “We’re actually in the school bus business in New York City and we own several hundred school buses with route contracts to pick up children and take them to and from school,” he explains. Since the DiMinos are successful in their primary business, it helps take the pressure off turning a profit at the drag strip.

“We work real hard all week long, so when we come to the track on the weekends we try to play,” Bob says with a smile. “We’ve got a successful business in New York, so the bottom line at the drag strip doesn’t mean that much to us. Sure, we try to keep it in the blue, but at the end of the day, we’re here for the racers, because we’re racers ourselves.”