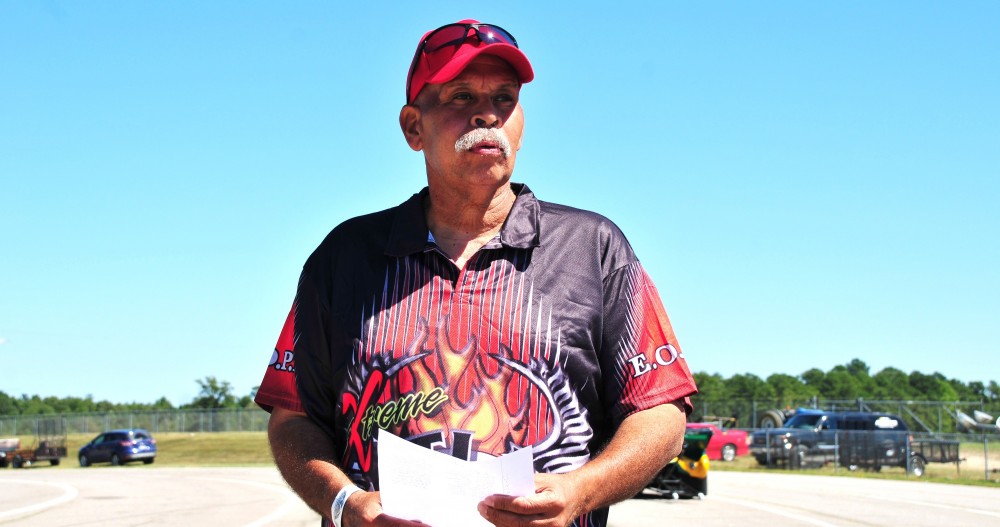 The racing community lost a true friend and ambassador of the sport in Stuart Williams, who died earlier this Spring on Mar. 28, 2014, at age 58, following an 11-month battle with cancer.

Williams, who grew up in Fort A.P. Hill, Virginia, had a unique love for the sport of drag racing after attending his first NHRA national event at age 14 in Maple Grove, Pennsylvania. Although he was enamored by fast cars, it was the people of the sport, namely the car owners, that fascinated him most. Understandably, Williams eventually became a car owner himself and was always quick to let someone else occupy the driver’s seat while he stood by and closely studied how the car performed. It was what he enjoyed most and he was a constant fixture on the starting line each time his car made a pass.

Although Williams fielded a competitive race car for years, he became best known for his role in 2010 launching the Extreme Outlaw Pro Mod (EOPM) series. The EOPM, which began with a modest and almost unnoticed event at North Carolina’s Roxboro Dragway, exploded in popularity in the following years. Within a few short seasons, Williams had guided the series in all the right directions and it was soon holding events at national event-caliber facilities, while gaining a tremendous amount of exposure in the process.

The staff of the EOPM grew as well, and although Williams was the most visible member of the organization, no one was quicker at deflecting the spotlight off himself while heaping high praise on those around him.

“I’m just one tiny spoke in the wheel,” Stuart proclaimed during an interview last September. Indeed, those around him loved the man, whose steady leadership had a uniquely humble element.

“Stuart was a great promoter and he really made this deal happen,” said engine builder Charlie Buck, who first met Williams in 1995. Buck eventually became involved with the operation of the EOPM and along with race director Rick Moore, the two hope to forge ahead just as Williams intended. And though the series handily exceeded many people’s expectations—including Williams himself on occasion—he always desired to take the club to the next level, and to all the levels that followed. “It was always Stuart’s dream to have the EOPM on television, and we hope to get it there someday,” Buck added.

On April 12, two weeks after Williams’ passing, the EOPM successfully held its 2014 season opener at Virginia Motorsports Park. His memory was very much alive in the hearts of all involved, but the personal touch and talents that Williams brought to each event were sorely missed. “It didn’t take long to realize that Stuart did much more than everyone thought he did,” Buck commented, as he reflected on the season opener.

The furthering of the EOPM is one thing Stuart Williams was very vocal about, and was even at peace with the realization that he may not be there to see it all unfold. “I’ve told Rick and Charlie that I want this organization to go on without me should I be taken,” Williams said last September as he battled cancer. Even in his absence, though, Williams’ spirit is still close and perhaps even still guiding with an ever-humble hand. Godspeed, “Big Daddy,” you’re still always on the scene.

DRAG ILLUSTRATED’s Van Abernethy profiled Stuart Williams early in 2014 prior to his passing. Take a second to get to know one of Pro Modified racing’s most passionate supporters.

If you didn’t already know, IHRA is continuing their relationship with mountain motor Pro Stock racers and will continue to have the low 6-second, 220-plus-mph doorslammers as a part of the NitroJam show through 2015.

Check out NHRA Funny Car champion Jack Beckman as he turns his driver blog on NHRA.com into a fancy version of Craig’s List, trying to sell his enclosed race car trailer.

Looking so effortless, it’s hard to believe THIS is DeWayne Mills’ shot-heard-round-the-world 4.10, 196-plus-mph lap at Holly Springs Motorsports Park a few weeks back.

Back in May, Tom Motry’s “Drastic Plastic” full-load Fuel Altered went 5.87 and almost ended the world in the process (that’s scary fast) with Joe Haas behind the wheel, and you NEED to see it.

All the finals from this past weekend’s NHRA Thunder Valley Nationals in Bristol.

Inarguably the most time-tested quarter-mile outlaw Pro Mod club on the planet, the Northeast Outlaw Pro Mod Association is still putting on quite possibly the best show in the New England area every summer. Check out their latest event from Atco Dragway (21 minutes). It gets pretty serious about the 20 minute mark.