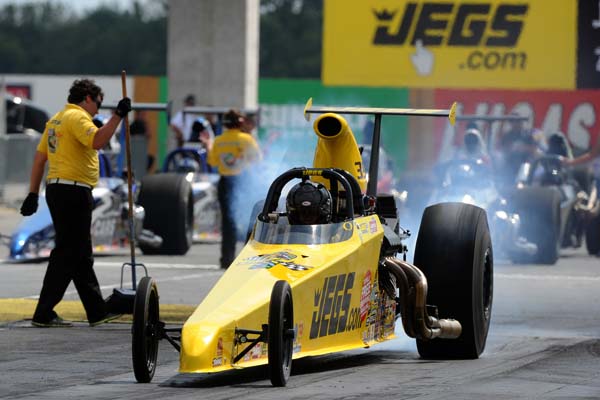 For the 31st consecutive year, the best racers from NHRA’s Lucas Oil Drag Racing Series will make their way to Route 66 Raceway for this weekend’s prestigious JEGS Allstars competition.

Drivers representing 29 states and two Canadian provinces have earned the right to compete in the JEGS Allstars race, which pits drivers from each of NHRA’s seven geographic regions in a competition that rewards both individual and team achievement.

The winners of the annual competition, which began in Bowling Green, Ky., in 1985, will spilt a jackpot of more than $120,000. Each qualifier and the 10 champions will also be rewarded with a newly redesigned trophy that was handcrafted by master sculptor Dan Dreisbach of Naked Sculpture. 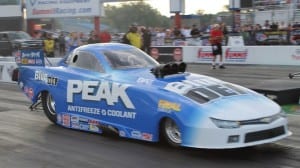 When NHRA announced three years ago that Top Alcohol competition would be divided among four regions rather than the traditional seven divisions, JEGS immediately devised a plan to keep the popular cars in the Allstars competition. As a result, Top Alcohol teams will compete for a special regional trophy, also designed by Dreisbach.

The Alcohol fields are stacked with the likes of past national champions Chris Demke, Randy Meyer, Jay Payne, and Duane Shields.

The host team from the North Central Division once again boasts a stacked lineup that includes world champions Ray Connolly and Luke Bogacki and Super Stock racer Brina Splingaire, one of three women in the field.

The South Central Division team is always solid and this year is no exception because it includes Jimmy Hidalgo Jr. (Stock), national champ Jeff Lopez, and Jennifer White, who has one of the quickest Top Dragsters in the country.

The team from the Northwest Division has a lot to prove after finishing near the bottom of the standings last year. The Division 6 squad is relying on Jeff Lane (Comp), Sean Cour (Super Stock), and championship contender Mike Shannon (Super Comp) to boost its points total this season. Historically, the Northwest Division has won two overall JEGS Allstars titles (1988 and 2005).

The squad from the Pacific Division, who claimed the 2012 overall title, will be looking to regain the top spot, and there is no reason to think it won’t be able to with a team that features NHRA world champion Alan Ellis in Comp, Super Street ace Dwight Downing, and Ed Olpin, who is a leading contender for the inaugural Top Sportsman championship.

While the JEGS Allstars is a highlight competitive event, camaraderie between racers and their crews is evident, especially during Friday evening’s racer appreciation barbecue, which is open to all of the JEGS Allstars competitors, their families, and crews.