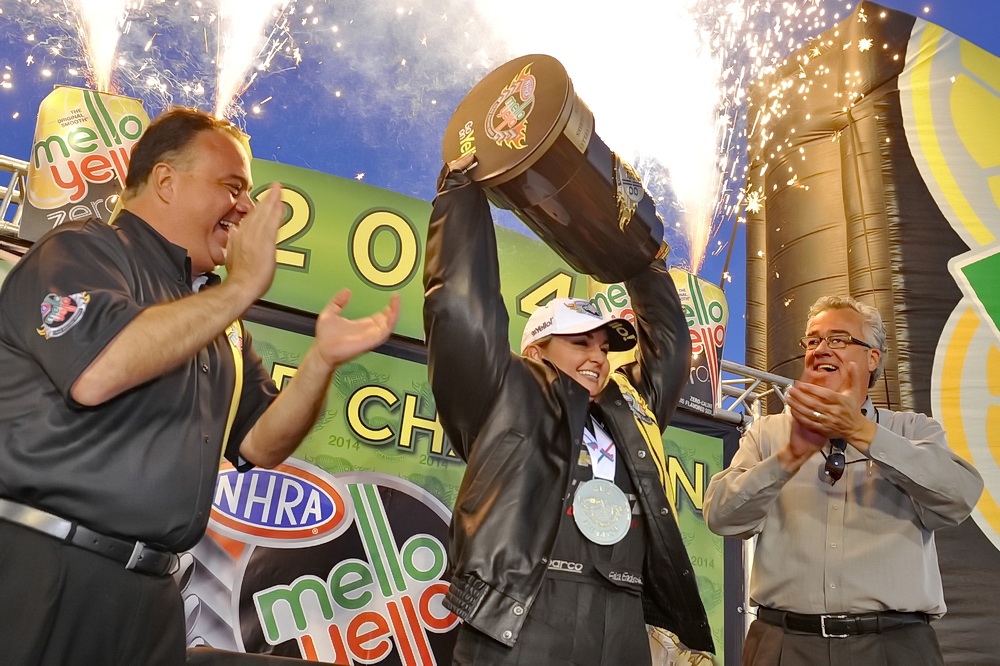 Enders has been nominated in the Best Driver category, joining Kevin Harvick from NASCAR, Juan Pablo Montoya and Wil Power from IndyCar, and Lewis Hamilton from Formula One in the announcement Wednesday.

“Everyone always says it is an honor to be nominated for an award like this, and that is absolutely the case,” Enders said. “I am truly humbled to see my name alongside the greatest in the world, and I am honored to represent my Elite Motorsports team and NHRA at the ESPYs.”

Fans can vote for Enders for Best Driver here.

The 2015 ESPY Awards Show will be broadcast live on ABC on July 15 at 8 p.m. ET from the Nokia Theater L.A. LIVE in Los Angeles. Enders will attend the ceremony, which will be hosted by comedian Joel McHale.

The ESPY Awards Show brings top athletes and celebrities to recognize accomplishments in sports from the past year. Enders had a remarkable 2014, winning the Pro Stock championship in thrilling fashion in the final round of the final race.

Enders become the first female to win the title in drag racing’s ultra-competitive class, and she did it in clutch fashion, coming from behind in the points standings and winning the last two races of the season.

For her efforts in 2014, she was honored with Racer magazine’s prestigious Racer of the Year Award, beating out competitors across all forms of motorsports in. She also won the magazine’s Drag Racer of the Year honor, as well as earning All-American status from the American Auto Racing Writers & Broadcasters Association.

Enders joined Elite Motorsports, owned by Richard Freeman, for the 2014 season. Led by crew chiefs Rick and Rickie Jones, Enders won six races and was fastest qualifier six times in 2014. She led the points standings for 15 of 24 races and set the national elapsed time (6.464 seconds) and speed record (215.55 mph) in Englishtown, N.J.

“My guys are absolutely incredible,” Enders said. “They never cease to amaze me. I wouldn’t be where I am without them. This is the first team I’ve ever worked for where we’ve had a unified front and they have my back. I’m blessed to have an incredible group of men, and the chemistry is there. It’s always a positive environment.”

The native of Houston has been racing since she was 8 years old, and she and her sister Courtney were featured in the Disney Channel movie Right on Track in 2003. She moved into the professional ranks in 2005, becoming the first female to win a Pro Stock race in 2012, at Chicago.