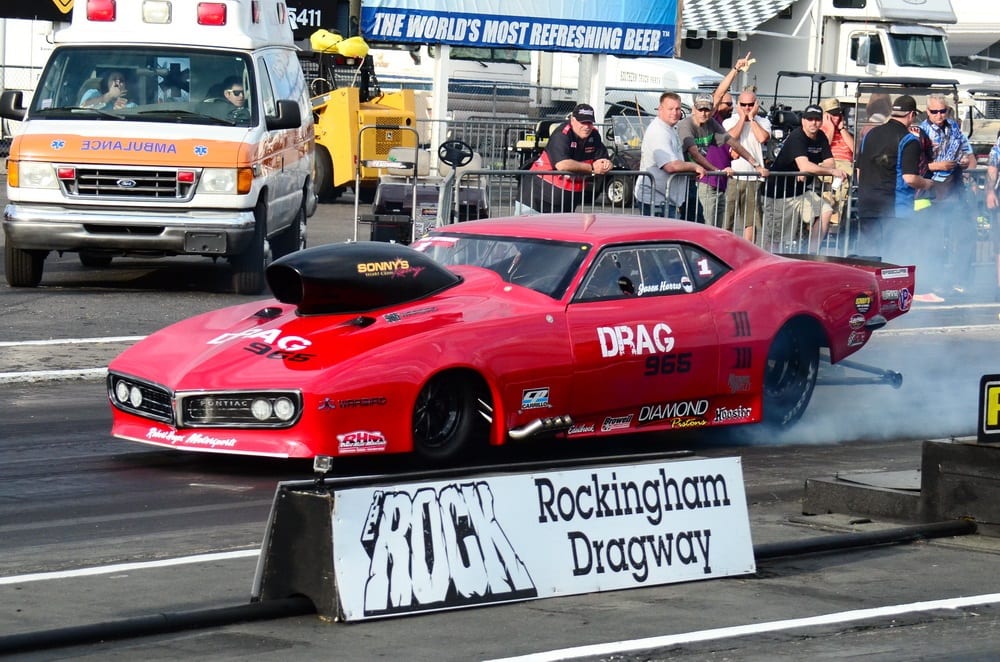 The “Nitrous Wars” of the Professional Drag Racers Association (PDRA) comes to Thunder Road Raceway Park in Gilliam, LA, this weekend (Apr. 30-May 2), as part of the inaugural PDRA Cajun Nationals at the track just north of Shreveport. No fewer than six engine builders are represented in Switzer Dynamics Pro Nitrous, which features engines as big as 960 cubic inches throwing flames above the roofs of the cars as they speed down the eighth mile in 3.7 seconds at well over 200 miles per hour.

Defending Pro Nitrous class champion and current points leader Jason Harris recently made the switch to Sonny Leonard horsepower in his ’68 Firebird, while second-place Tommy Franklin, who won the PDRA season opener in Dallas, runs a Pat Musi powerplant in his ’69 Camaro. In third is Jay Cox with a Charlie Buck motor in another ’69 Camaro, followed by the Reher-Morrison powered ’67 Shelby Mustang of Jeffrey Cummins. 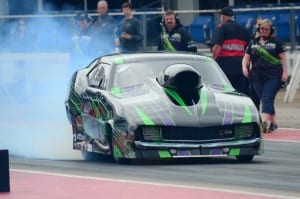 “We couldn’t be more excited about coming to Thunder Road Raceway,” PDRA Race Director Bob Harris declared. “It’s a new market for us, but Louisiana has a long, proud history in drag racing and it’s an honor for the PDRA and its racers to add to that with our first Cajun Nationals. It’s going to be a huge party all weekend with what I know will be some truly great performances on the track, so I hope everyone comes on up and visits.”

Headlining the 3.5-second, 220-mph Pro Extreme class at Thunder Road will be Dubai’s Mustafa Buhumaid, who won the first race and finished runner-up at the second PDRA event this year at Rockingham, NC. He’ll be focused on holding off Rockingham winner Todd Tutterow from North Carolina, as well as last year’s champion Bubba Stanton and teammate Jason Scruggs, both from Mississippi.

Pro Boost features a unique blend of supercharged and turbocharged entries running head to head at up to 210 mph on the PDRA eighth mile. Currently led in the points by Anthony Disomma and Kevin Fiscus in a pair of twin-turboed Mustangs, teammates John Strickland and Kevin Rivenbark are close behind in a supercharged ’69 Camaro and blown ’67 Mustang, respectively.

“Now that we’re reaching our third event the points races are starting to heat up with the leaders wanting to stretch their advantage while everyone else doesn’t want to slip too far behind. That means we’re guaranteed to see some hard racing this weekend at Thunder Road Raceway,” Harris said.

“We also have a lot of extras planned for our fans to enjoy, including jet car exhibition runs, fireworks, a Zydeco band, Centaur floats, bead throwing and second line dancing, all on Friday night. There’s going to be something for every member of the family and great racing, too, by the quickest and fastest eighth-mile doorslammers on the planet.”

The PDRA Cajun Nationals will open with all-day testing open to the public on Thursday (Apr. 30), and three rounds of qualifying beginning at 11 a.m. on Friday. One more qualifying session will begin at noon on Saturday, followed by elimination rounds starting at 4 p.m. for all classes.

Admission on Thursday is $10, with Friday and Saturday $30 each, but children 12 and under are admitted free each day. Discount coupons for the inaugural PDRA Cajun Nationals also are available at many retailers and commercial outlets in the Shreveport/Gilliam area, or reduced-rate coupons can be printed from the PDRA web site at www.pdra660.com/2015/cajun-nationals/coupons. Spectator parking is free.

BONUS: Thanks to the guys at MotorManiaTV, you can catch the PDRA Cajun Nationals and IHRA Pro-Am races at Farmington and Memphis live all weekend. MMTV will stream both races live and will make the replays available for later viewing.