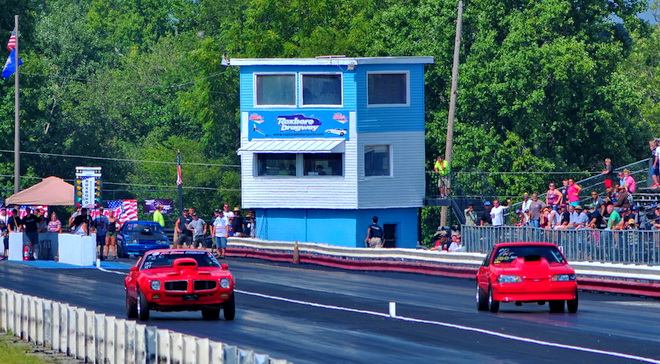 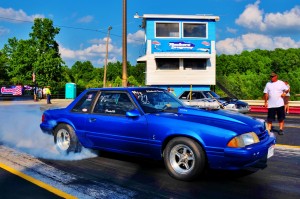 Series founders Jamie Doss and Jamie Parsons were excited to bring the show, promoted under their J&J Promotions banner, to this fast eighth-mile facility for the first time since launching the series in the latter part of 2013. Track owner Jr. Ward and the staff at Roxboro had the track working great and fans enjoyed thrilling, side-by-side competition throughout the day.

The event attracted an exciting array of cars in a broad range of classes not only from North Carolina, but several surrounding states. “We encourage people to come out and get in where you fit in,” Parsons said.

Brand new at this event was the inclusion of the VA Street Outlaws, who were invited to do battle with the Tarheel state entries. The thrilling final round saw Todd Vanadas from North Carolina meet Virginia’s Monty Williams, both driving Camaros. Vanadas was out of the gate first and in the lead before his Procharger belt let go, allowing Williams to drive around for the win. 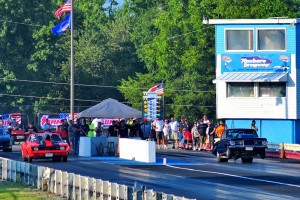 “It was a stand-on-your-tip-toes run that everyone enjoyed,” Doss said of the final round. “We call it ‘Battle of the States’ and we can’t wait to do it again next year.”

A total of four exciting classes were on hand at Roxboro. In addition to the headlining NC Street Outlaws class, fans enjoyed heads-up competition in 6.49 and 7.49 index classes, as well as a new class called True Street that was introduced at the event.

“This is a neat, grassroots class where the entry is truly streetable, tagged, insured and registered,” Doss explained after True Street participants even went for a cruise around the Timberlake area before meeting back at the track to go head to head and find out who had the fastest car driven to the drag strip.

“This is a class that a lot of people can relate to and it’s also how many people first got involved in drag racing and became acquainted with the fundamentals of driving,” Parsons added.