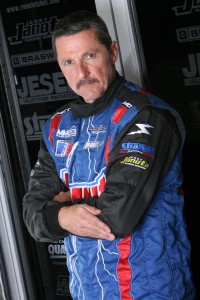 It’s been a long road for the two-time IHRA Pro Stock World Champion. Although not too far from his days of hoisting trophies, Berner has been battling car demons for the better part of two and half seasons. The massive power in-house engine builder Jerry Janota put into each of Berner’s big block Chevy engines could not be harnessed no matter what combination the team tried.

This past weekend at the IHRA President’s Cup Nationals, Berner and team decided to go back to the GXP that set the quarter-mile world record in 2010. A return to the GXP also meant a return to flying Summit Racing Equipment colors. And a return to a successful combination.

“It was great to be back at Budds Creek,” relayed Berner. “The track was outstanding. It was a fun weekend. We were able to connect with fans that we hadn’t seen in years. The MIR fans were very excited to see Pro Stock back and to hear that we were going to be back again 2015.

“We decided to put the same setup in the GXP from the engine back that set the benchmark in 2010, even down to the shocks. It really worked great. Unfortunately, there was still a learning curve, and we couldn’t capitalize on it as much as we wanted to in the limited time we had, but we were pleased with the results.”

Berner qualified fourth with a 6.331 at 222.07 MPH. In round one he defeated a slowing Kevin Bealko by posting his best time of the weekend, a 6.307, even though Berner clicked off early. This paired Berner with number one qualifier Todd Hoerner in the semis. Berner got off to a great start with an incredible .014 light to Hoerner’s .082. Unfortunately, when Berner hit fourth gear, a transmission fitting broke and the GXP slowed to a 6.763, letting Hoerner squeak by with a 6.402 win.

“We missed a great opportunity to run in the final,” told Berner. “We knew we would have our work cut out for us, running a guy that was capable of ‘20s, but my light should have showed just how determined I was. IHRA did a phenomenal job on the track. The car was telling us it wanted to go fast. The motor wanted more fuel and then would need more gear. On that run it could have run a mid to upper 6.20. Unfortunately, a five dollar part would end our chances at the final.

“I’m excited for Adam [Drzayich, crew chief]. He spent this season, like we have the previous two years, working on a car that was impossible to fix. Thanks to him and many others we now have a great race car that will go down the track every time. We just ran out of time to perfect the combination this weekend.

“We have a lot of people to thank,” Berner said of his program’s turnaround. “First, Jim Greenleaf [Motorsports and Event Manager at Summit] for giving us the opportunity to run Summit colors again. Eric at Penske for promptly getting our shocks back up to speed. Pat Norcia with Ram Clutches for being a sounding board of advice to us. And Jerry [Janota] for putting the motor back to where it was when we ran the 6.20 in such short notice.

“Adam is doing a great job. He’s got a lot of heart. This has been a learning curve for him, too, since most of his success has come in working with 500 inch motors. He’s doing phenomenal, though.

“I want to congratulate Todd on getting to the final and John [Konigshofer] for winning the event. They had to get past some issues themselves and it was good to see them win again. They’ll head into Canada with their heads held high.”

Berner looks to continue this new path at his next stop on the IHRA tour, the Nitro Jam Summer Nationals in Cordova, Illinois, July 18-19.

“We have something to race with now,” he concluded. “For a while we’ve just tried to be competitive. Now we want to win.”

One of the nitro’s absolutely best guys and real-deal racers – Dale Creasy Jr. – talks with the gang at CompetitionPlus.com.

Cole Coonce, a “died in the wool drag racing junkie and one of drag racing’s premiere journalists” tells DragRacingOnline.com about his very first trip to the drag strip.

Shockwave Jet Trucker driver Kent Shockley goes through all sorts of work to send the jet-powered Semi down the track.

If you’re having anything less than a stellar day, THIS will fix it. Check out our friend Ben Bray, who is recovering from a terrible accident in Australia, burn some rubber during the ANDRA Summer Nationals back in January.

NHRA Top Fuel racer Khalid al-Balooshi, who we lovingly refer to as the “Beast From the Middle East”, makes a pass during the Qatar Mile in his turbocharged Supra.