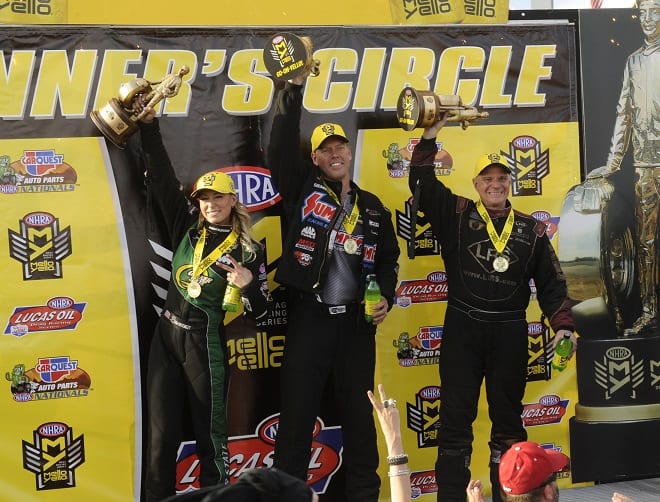 The National Hot Rod Association and its teams built on their momentum from the season opener in Pomona when they rolled into Chandler, Arizona’s Wild Horse Pass Motorsports Park for the CARQUEST NHRA Nationals over the weekend. For the FOX television crew and Pro Stock competitors, it was another chance to continue the transition into their respective offseason changes. In the fuel classes, it was an opportunity for one driver to solidify her position as a new power player, and for a class veteran to remind everyone why he’s one of the best.

The blistering Phoenix track surface has cooled, the tumbleweeds have settled, and the race rigs are Brownsburg bound to prepare for Gainesville, the east coast opener, in a couple weeks. It’s time to recap some of the highlights from the CARQUEST NHRA Nationals.

For the second week in a row, Mooresville, North Carolina’s KB Racing swept the top three qualifying positions and won the race in Pro Stock. Sportsman standout Bo Butner, or “Bob Utner” as teammate Jason Line jokingly calls him, locked down the number one position with a 6.618 et, followed by Line (6.622) and Winternationals champ Greg Anderson (6.623). The three KB drivers marched on to the semifinals together, just as they did at the season opener, but this time it was Line moving on to the final round. The former Stock world champion was quicker on both ends of the track in the final against Chris McGaha, winning with a 6.666 et. 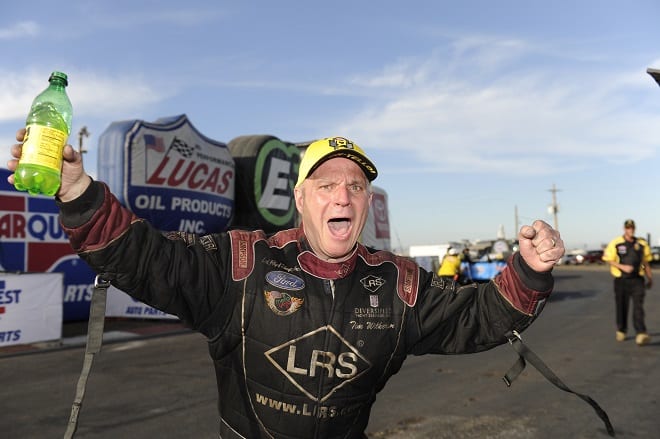 Fan favorite Tim Wilkerson has just one car and operates on a smaller budget than most of his competitors, but his performance on Sunday certainly didn’t show it. Wilk’s LRS Mustang dipped into the three’s in three of the four rounds, ranging from a 3.994 in the semifinals to a booming 3.937 to defeat John Force in the final round. The performance was a powerful statement for Wilkerson, who drives, tunes and runs his car with assistance from longtime nitro tuner Richard Hartman.

One of the biggest topics in Top Fuel recently has been who will be the next driver to win their first race. Would it be Clay Millican, who dominated IHRA Top Fuel for years, but raced with mixed results in the NHRA? Or maybe Brittany Force, the one and only Force in the dragster class. As early as the second round of eliminations, only three of the eight competitors had won a race in Top Fuel. By the semifinals, Leah Pritchett, Millican and Force were still in. The two ladies made things even more interesting when they advanced to the first all-female Top Fuel final since 1982. The excitement didn’t stop there, as Pritchett won on a holeshot in a 3.775-to-3.774 et decision.