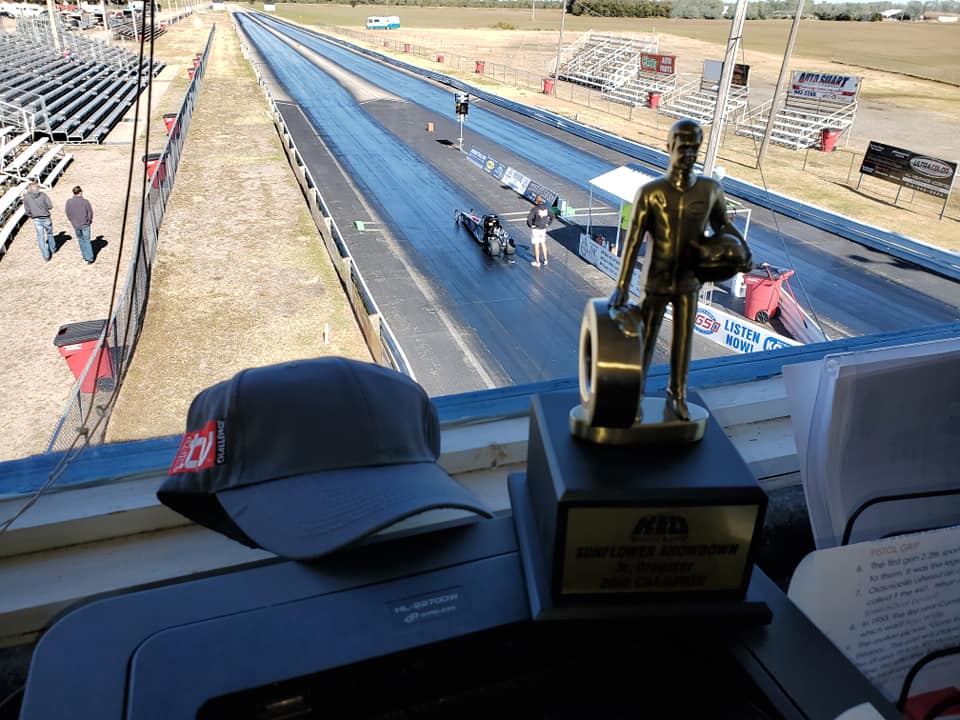 These aren’t the scenarios Jason Caldwell envisioned when he took over as track owner at Kansas International Dragway, just outside of Wichita, last year.

After a first season that was decimated by rain and inclement weather, Caldwell’s challenges only increased in 2020 thanks to the COVID-19 pandemic. His track has yet to open, he’s on attempt number two of trying to reschedule one of his biggest events of the year – No Prep Mayhem – and the state of Kansas isn’t slated to come out of quarantine until May 3.

That means no testing for at least a few more weeks, putting Caldwell in a difficult position.

“Last year, rain knocked out 70 percent of our events, so obviously you go into this year thinking, all right, well let’s put that behind us. Let’s have a good year this year. And then this hits,” Caldwell said. “We were thinking about all the mistakes we made as new owners and made some changes, and we thought we could curtail some of the mistakes we made and pair that with better weather. We were pretty excited and then this hits.”

He’s trying to soldier on and praised partners and sponsors who have stuck with him. Caldwell talked with Drag Illustrated about his current challenges, the pressure he’s facing, trying to stay positive and hoping for a light at the end of the tunnel.

DRAG ILLUSTRATED: All that optimism heading into the year just seemed to evaporate when the coronavirus hit. Then, you have to pivot almost immediately. So, as a track operator, how do you do that and still keep your head above water?

CALDWELL: We’re just working around the track. There were some improvements we wanted to make, like changing the old highway steel guardrail barrier walls that have been there since 1960. We decided we’re going to do what we can afford to do and we’re going to put some new guardrails in. So we bought seven-foot long steel beams, painting projects and just anything we can do to make some improvements that are within our budget. So that’s what we’ve been working on.

This track has been here since 1963 and as the new owner, you’re faced with all this adversity. You don’t want to be the guy that fails and closes the only track in the area, a very historic track in the state of Kansas, especially.

DRAG ILLUSTRATED: It’s certainly thrown a huge curveball in everyone’s schedule. What challenges have you had with that?

CALDWELL: We already moved our No Prep race from April 9-10 to May 1-2, and we just got the new flyers on Monday. Then they made announcement on Tuesday that they were extending the quarantine to May 3, so that wiped that race out again. That’s one of our biggest races. So now we’re trying to scramble around and work with the other local tracks in this region to reschedule our (No Prep race) and not get on top of somebody else’s day. We’re going to try it to come up with a day that doesn’t conflict with everybody else

My thinking is I want to jump on it, figure out a day that works with, you know, the majority of my larger racers and sponsors and get that date set and out with a hardcore push and social media.

We’re now looking at now moving our big No Prep race to possibly the first week of June or last week of May. We’ll be on our third round of printing flyers for this thing and same with the TV commercial — doing it three times. So, you know, that’s not terrible. A lot of people have worse things to deal with. It’s disheartening, but you just keep rolling with the punches.

DRAG ILLUSTRATED: So how do you survive and make it through this time?

CALDWELL: Luckily, we’ve been blessed with bringing on board new sponsors this year that are going to help get us through these couple of months of no money being made. And one of my partners owns a large automotive recycling facility here in Wichita, and that’s kind of our lifeline.

I moved here to do this venture and that’s all I do. I’m a track operator, but we just keep the expenses lean and we try not to spend a lot of money. Like I said, we’re making all the repairs we can. It’s definitely not the full volume of stuff that we wanted to get done, but you do what you can and hope that it’s the right thing. 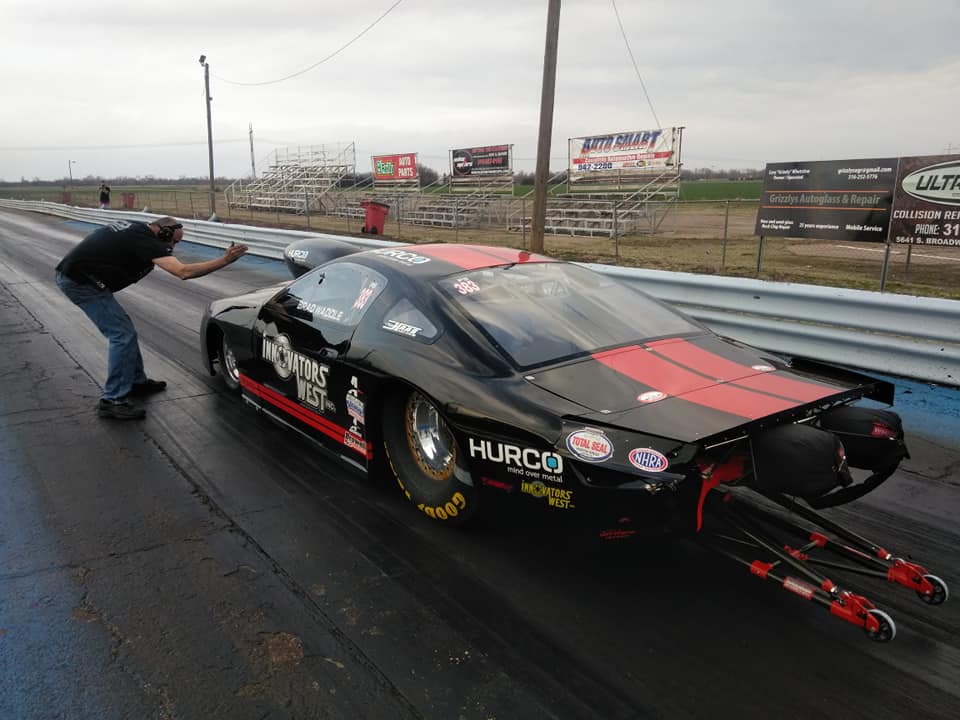 DRAG ILLUSTRATED: You’ve had two incredibly challenging years, especially as a new operator at the track. But is there some part of you that is motivated knowing if you can get through two years like this, you can overcome just about anything?

CALDWELL: You know, we’re hoping that’s the case. I can’t lie about the fact that it is pretty disheartening and I definitely have those days where I wake up and think, ‘Oh my God, what have I done to myself here? But like any racing community, we’re a big family down here and I just kind of lean on that and hope that it is perceived that we have worked hard and we’ve done our best to keep this open.

Everybody seems to appreciate that and hopefully we have a good remainder of the year. And then we can definitely take a deep breath and say, ‘Oh man, if we could survive those two years, this place should flourish in less trying times.’ This is definitely two very testing years and I really think if we can make it through this and get a good half season in, I think we’ll look forward to more prosperous times ahead.

DRAG ILLUSTRATED: Do the sense people are excited to get back to the track and support it?

CALDWELL: Yeah, absolutely. You get a sense too, you know, the historic nature of this track and the fan base it has, you get some of these events scheduled for the summer and people are excited to get back. There’s going to be just kind of an exciting buzz of people just ready to get back and embrace drag racing again.

DRAG ILLUSTRATED: Knowing that, what’s the immediate outlook if the quarantine is lifted on May 3 and you’re allowed to open back up?

CALDWELL: We’re going to let that quarantine expire, we’re going to continue working for a couple of weeks and start in with some private testing. And then, hopefully, the first weekend of June get back to our regular schedule.

After May 3, I think we’re going to be clear to open up cautiously and open up to private testing, let our racers get out because they’re dying to test, so maybe even open up mid-week to test. Hopefully we can still make all these big events.

It’s going to be instrumental to get people excited about the sport again. There’s a lot of tracks struggling, even maybe more so than we are. I think we will persevere and I think people are going to be excited to get out the track again. 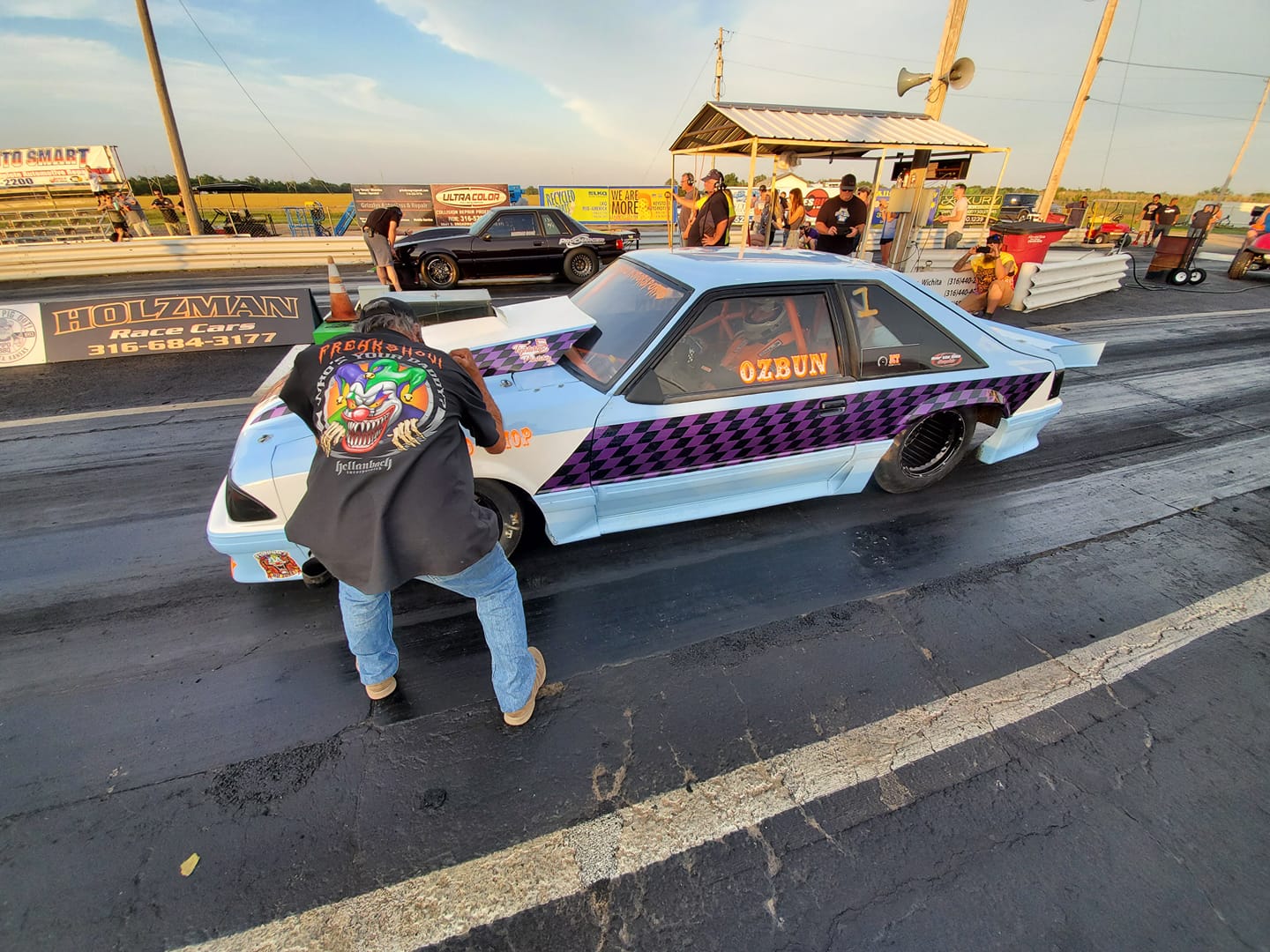