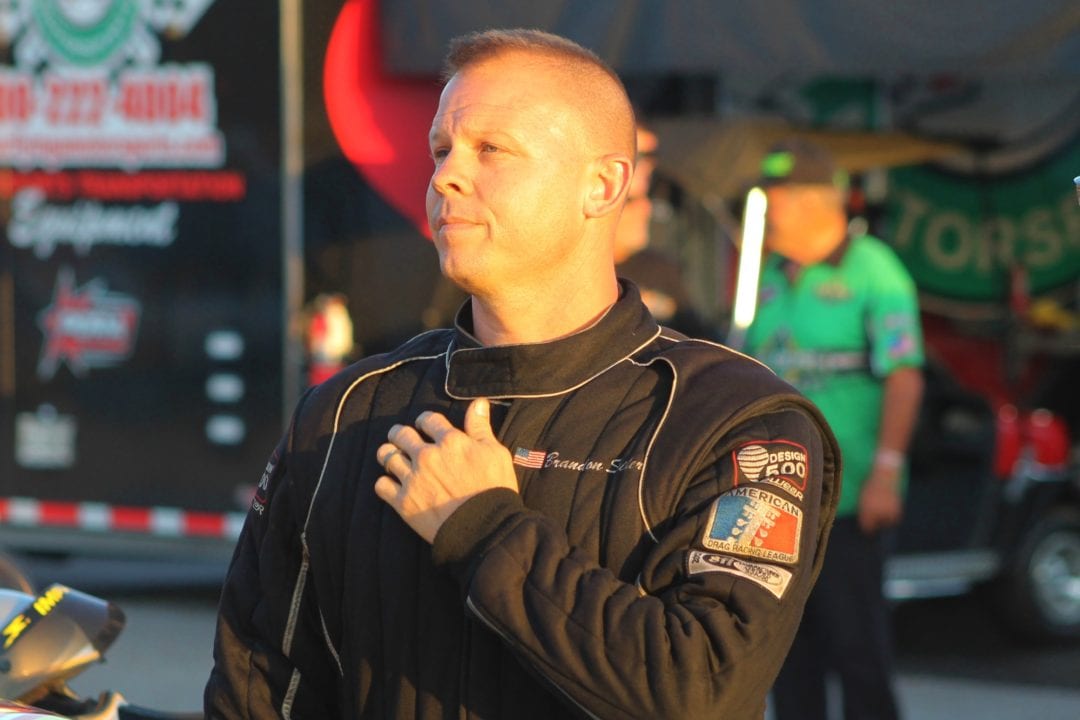 Last year’s PDRA Pro Extreme world champion, Brandon Snider, quietly made an offseason switch to the Pro Boost category after acquiring a Roots-blown ’69 Camaro from the AAP organization. The Alabama native made his first run in the car at the second race on the 2017 PDRA tour, the East Coast Nationals at GALOT Motorsports Park. Snider admittedly struggled with the new combination, failing to qualify for the Pro Boost field.

“That was a brand-new car, brand-new everything at GALOT,” Snider said. “We drove straight from (Jerry) Bickel’s to GALOT; barely made it there and it was a total disaster. No testing whatsoever – first time the motor fired up was at GALOT.”

After having the opportunity to test between the GALOT race and the next PDRA event in Darlington, South Carolina, Snider appeared to be back in championship form. He qualified number-one with a 3.721-second pass at 202.07 mph at the PDRA Spring Nationals at Darlington Dragway, followed up by a first-round 3.73 at 198.15. A broken blower belt sent Snider home in the second round, but the overall weekend performance was more than enough to send a warning to the Pro Boost class that Brandon Snider had officially arrived.

DRAG ILLUSTRATED caught up with Snider in the pits after his number-one qualifying effort Friday night at the PDRA Spring Nationals. The outlaw eighth-mile doorslammer veteran spoke candidly about switching classes, adjusting to a new combination and his goals for the Pro Boost entry.

You were at the top of your game last year, earning six low qualifier awards and winning three races in six final rounds to claim the Pro Extreme world championship. Why did you switch to Pro Boost over the winter?

First off, we couldn’t secure enough sponsorship to run the full schedule in Pro Extreme this year. We secured enough for about three races, and I didn’t want to commit to it and not be able to run the full season. I had an opportunity to sell the car rolling. It went to a customer of mine in Australia. Then I was without a car. I was able to go overseas for the Arabian series and help those guys a little bit over there on this car I’m driving now. At the end of the series, Sheik Khalid gave me the opportunity to bring the car back here and run it in Pro Boost. I really wanted to run it in Pro Extreme because I still had my engine, drivetrain and all that but he was pretty adamant about wanting to run Pro Boost.

In your experience so far, what’s the biggest difference between Pro Extreme and Pro Boost?

This is a different class, different car, different engine program – everything is different from Pro Extreme. It’s slower. The car reacts different. The motor wants a different fuel curve. Everything is different. Having this put in your lap and learning it quickly is a real challenge. It’s a real challenge for all of us. We’re just going to keep picking at it. By the end of the year in Virginia, we want the Pro Boost record and we want the car to run in the mid-to-low 3.60s. That’s what we’re working for by the end of the year. Then we’ll leave here and go back overseas to run the car in the winter Arabian series.

What’s the cost difference between running a car in Pro Boost versus Pro Extreme?

Well, I never went nine runs in a row on the same blower belt with the Pro Extreme car. We generally changed the blower belt every two passes, and you can figure they’re $220 per belt. So we’ll eat up $1,200 worth of belts a weekend just in Pro Extreme.

The Pro Boost car is more forgiving – it has a bigger pulley and less overdrive. For the record, this is an NHRA-legal motor. It’s a legal valve with NHRA 20-percent overdrive, which they just changed it to 16.5-percent, but it’s an NHRA-legal motor in this car. We’re in the process of building our own engine in-house. We won’t be able to have it for Maryland, but it will be in the car at the next race.

Cost-wise, there are a few benefits. The Pro Boost combination burns less fuel. It seems to be a little easier on the valvetrain because you don’t have to scream it in high gear down there at the high rpm. Less boost doesn’t put the same load on the valvetrain. How much cheaper is it? I don’t know. It still goes through fuel, oil, tires, bearings and the like, but it’s still a great deal cheaper than Pro Extreme, no doubt.

You were nearly perfect in calling your shots last year. How do you think you can apply your strategy to the Pro Boost car even though it’s a different combination?

We were shooting for a .74 and it went a .72, so it’s definitely surprising me in areas I didn’t think it was capable of doing that. It’s too early in the game to predict what this thing is going to run. I need probably two more races on it. Then when Jimmy (Crenshaw) comes and asks me, “What are we going to run this pass?”, I can pretty much tell him. I just have to know what the car likes for certain track temps and conditions.

That’s my ultimate dream, to be able to run NHRA Pro Mod. If the opportunity presents itself then I’d definitely like to do that. But over here in the PDRA, you get sidetracked doing this because there’s no overdrive limit or cubic-inch limit. You get into NHRA and you’re limited to 16.5 over, 3-4 gears and it’s quarter mile. When you learn this eighth-mile stuff and then try to rearrange a legal combination to run NHRA, it’d almost be like spinning my tires doing that. But it’s something that I would definitely like to learn –  quarter-mile, Roots-blown racing, and we’d like to do it one day if the opportunity presents itself.

This story originally appeared in Drag Illustrated Issue No. 121 in May of 2017.