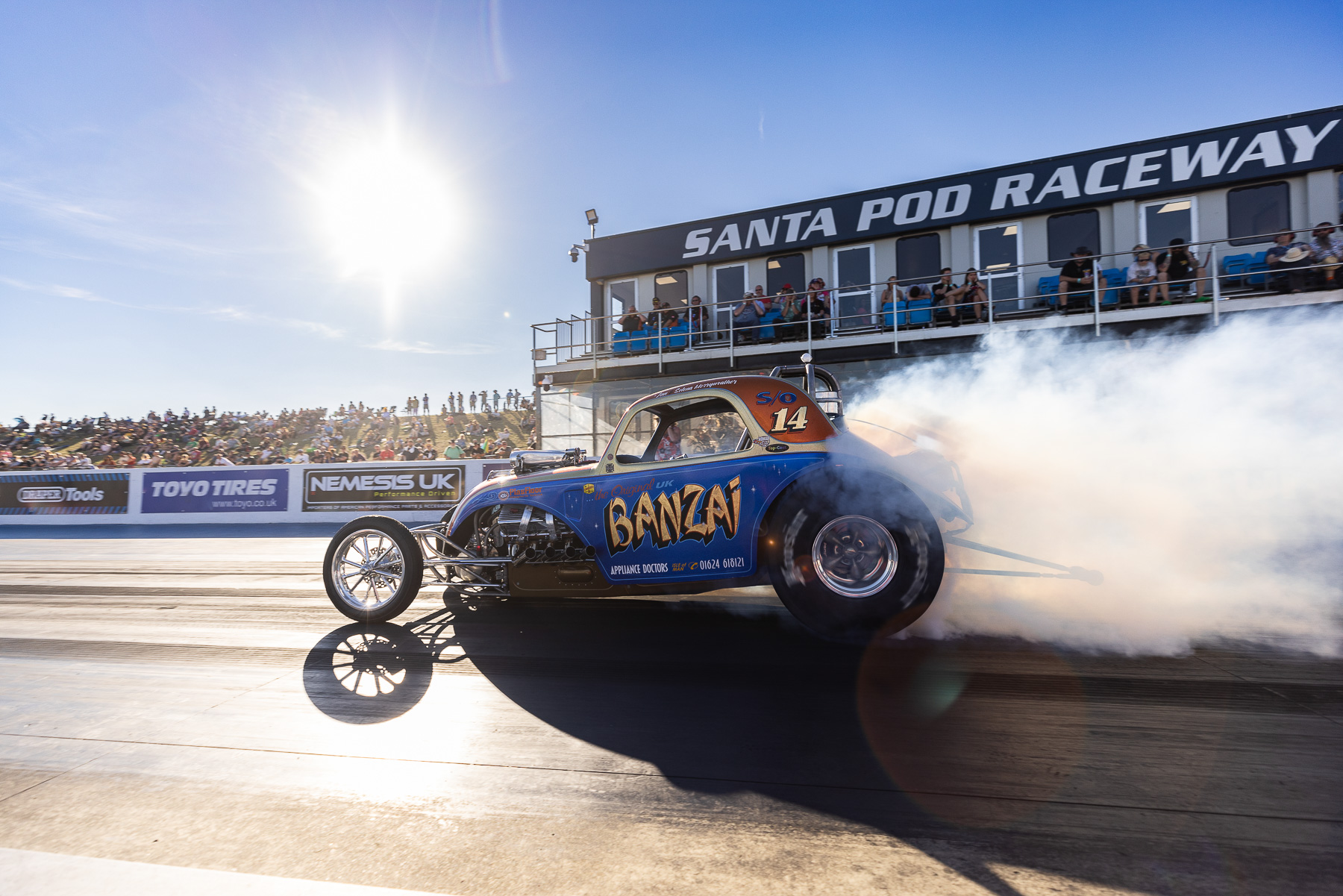 Dragstalgia is an homage to the bygone area of drag racing and hot rodding. The three-day event in July brings together a colorful conglomeration of machines with diverse engine and chassis combinations, turning the grounds at Santa Pod Raceway into an engineer’s playground, a gearhead’s Garden of Eden. At no other European event will you see a front-engine dragster with an Allison V12 engine face off against a blown Ford V6 Sidewinder or a 4-cylinder-powered slingshot duking it out with an Altered powered by a straight 6-cylinder engine.

And if the racing didn’t already satisfy your entertainment cravings, there was plenty of off-track action as well. The festivities included numerous live bands, a beer festival, a show and shine Paddock with the best classics and hot rods from all over the UK, and much more. 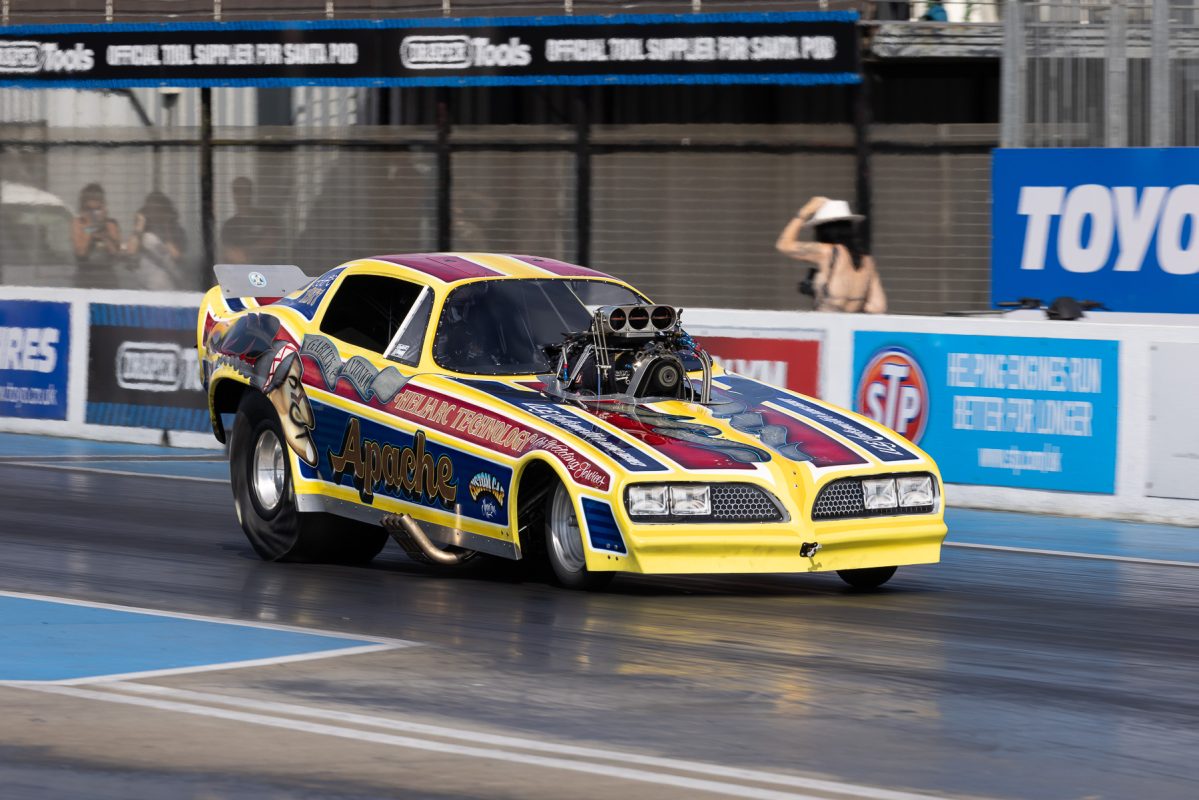 For the Dragstalgia Cannonball there is no traditional qualifying as such — instead, three runs are made with the E.T.s added together. The final sees the two quickest face off for the win, third and fourth quickest for second, and so on. In the end it was repeat winner Tim Garlick in his colorful “Apache” Pontiac Nostalgia Funny Car who made it into the final against Bob Hawkins in his “Time Traveller II” slingshot. Garlick ran a 6.31 at 223 mph to beat Hawkins’ slower 6.71 at 170 mph to take home yet another Dragstalgia trophy. 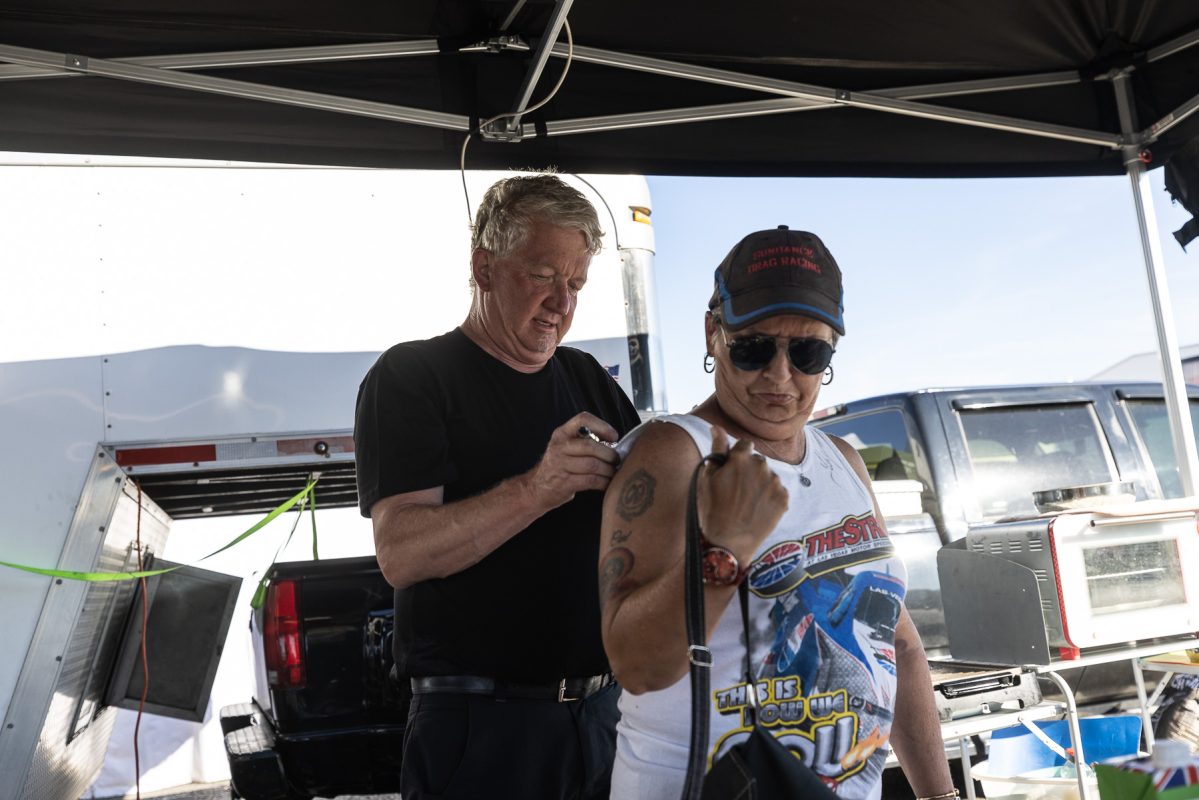 A welcome guest was Texan John Hale, who came over to race Rob Elsom’s “Dirty Deeds” Camaro Nostalgia Funny Car. After the first checkout pass, they encountered some clutch issues during the second run but had them fixed and ran a pair of decent 6-second passes during his third and fourth attempt.

Ray Irish in the “Gas Junkie” Willys Pickup Gasser won the final of the popular Gasser Circus field in which over 20 cars participated. His 10.17 at 128 mph beat Simon Prest’s 11.07 at 120 mph run and got him the trophy. 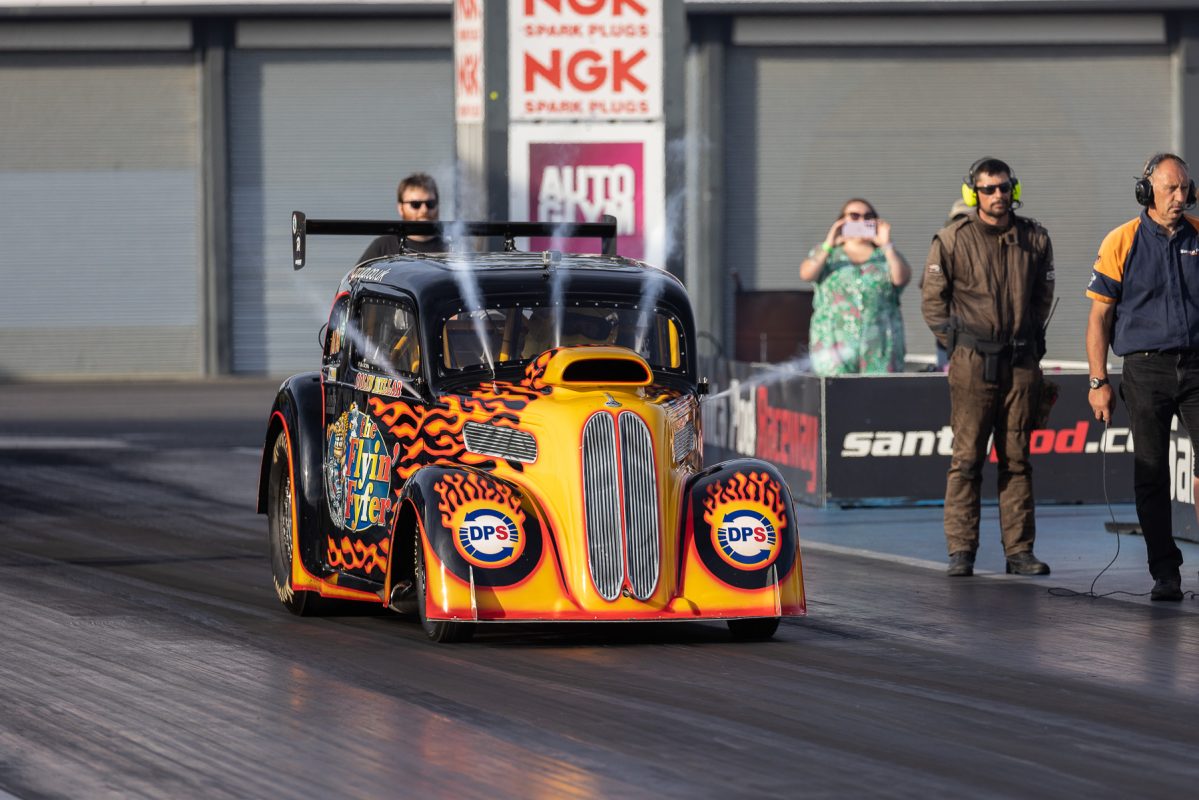 One of the big highlights in the Outlaw Anglia class was provided by fan favorite Colin Millar, who finally ran his first 6-second run in Outlaw Anglia. He joined the elite group of Jedd Guy from the UK and John Willard from Australia in the international 6-second Anglia Club. Jedd Guy took on Ronnie Mercer in the final round on Sunday with Guy coming out on top with his 7.06 at 190 mph vs. Mercer’s slower 8.70 at 149 mph.

Dan Wilson won the Wild Bunch class in his slingshot named “Antique Toy.” He ran as consistent as +0.038 on the dial all weekend long.

Hardly any event will bring as many Willys together than Dragstalgia. Out of the 24 entered, it was John Dalrymple who got awarded with the Willys Wars award for running the quickest pass in his class, an 8.80 at 154 mph. 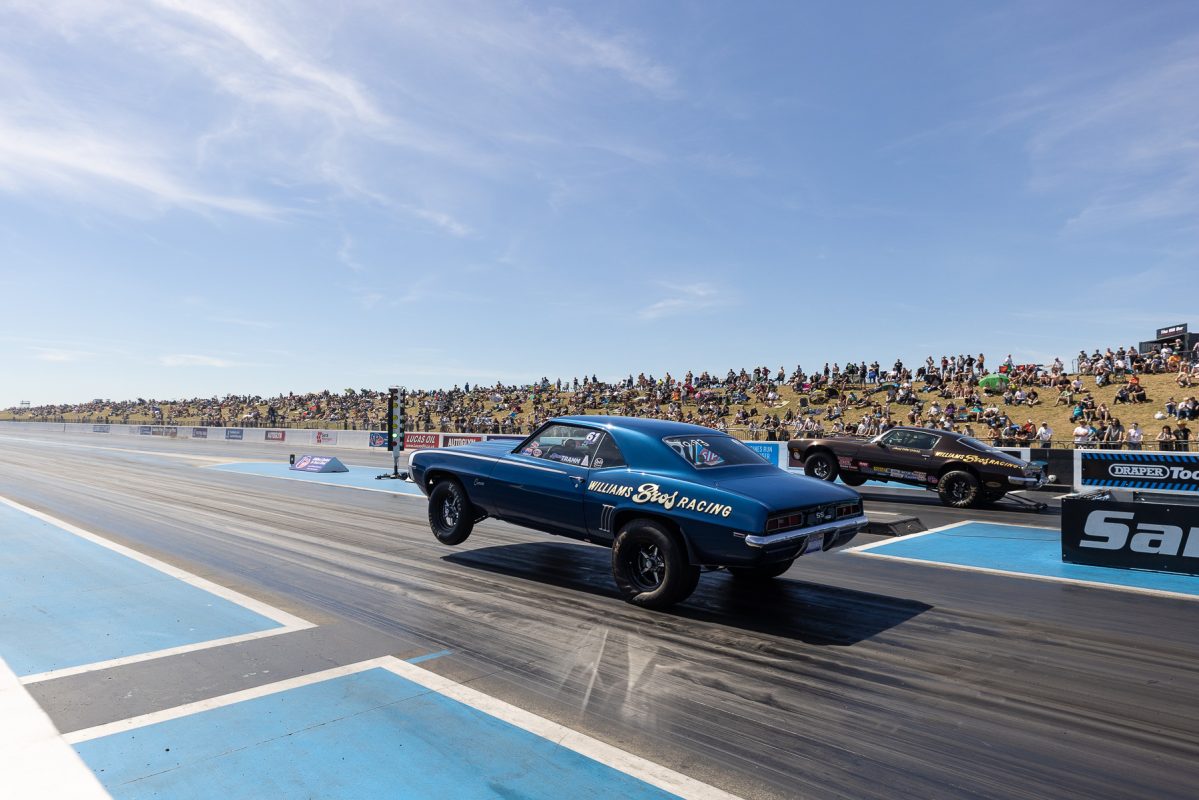 Out of the 60 cars entered for the Nostalgia Super Stock class, it was Spencer Tramm and Stuart Doignie who made it all the way to the final round. Tramm ran 12.12 at 71 mph, taking the win against Doignie’s 17.92 at 59 mph.

Claire Rule’s 8.67 at 148 mph beat Rod Spry’s 9.42 at 135 mph run in the final of the Old School Stockers bikes. She was joined in the winner’s circle by Ray Law, who was handed the NSA Bike Shootout trophy by John Hobbs, who jumped the light. 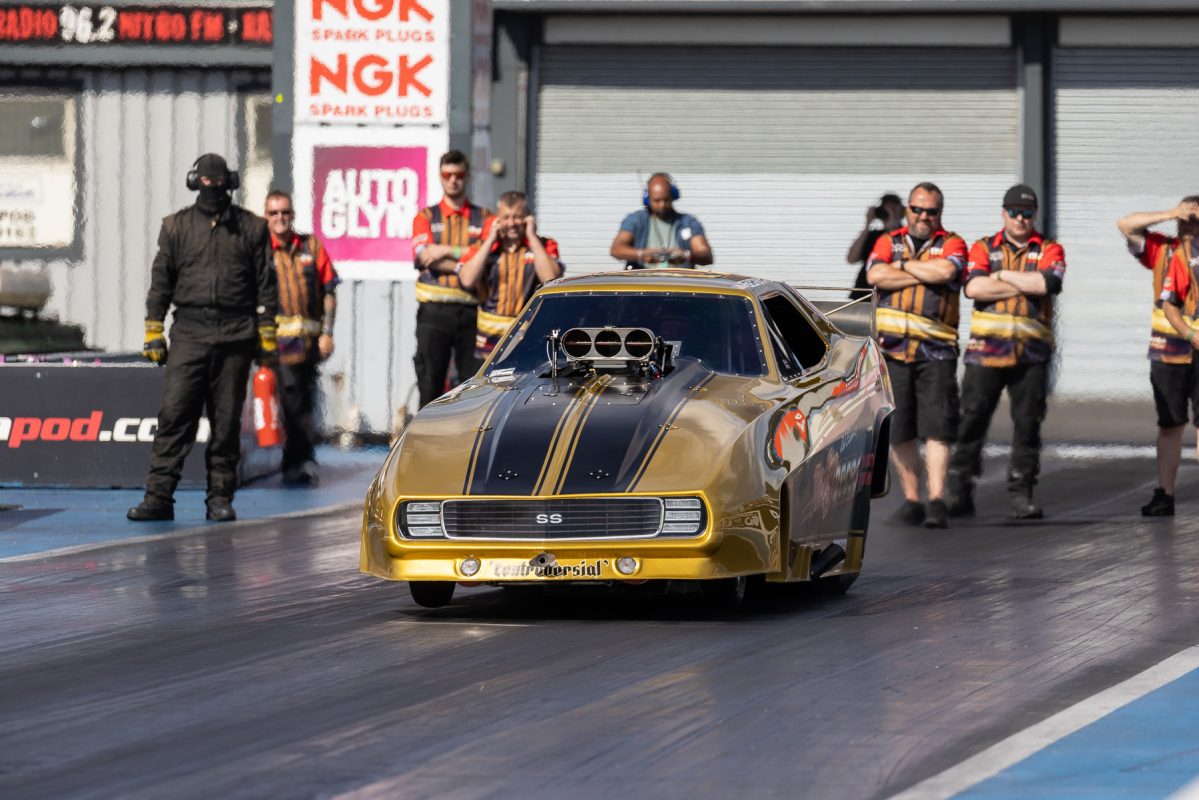 Besides the winner’s trophies, Dragstalgia also rewards special showmanship trophies in numerous categories. The Best Wheelie Award went to Graham Sykes. The Driving Job of the Weekend prize was presented to Robbie Grabham in his Fiat Topolino. Trophy for the Burnout of the Weekend went to Jason Darling running the Gasser Circus. Backup Guy or Girl trophy went to the “Ain’t No Saint” team’s Lee Johnstone. The “Dirty Deeds” Funny Car team with John Hale won the Best Appearing Crew award. Ben Rushforth’s Anglia earned the Best Appearing Car trophy. The Moment of the Weekend award went to bike rider John Hobbs, who finished his career at this event. And the Spirit of Dragstalgia prize went to Colin Millar in his flaming Outlaw Anglia, not only for running his first-ever 6-second run but also for his ongoing support for the class.

With the 2022 edition in the books, everyone is already looking forward to another highlight-filled Dragstalgia in 2023. 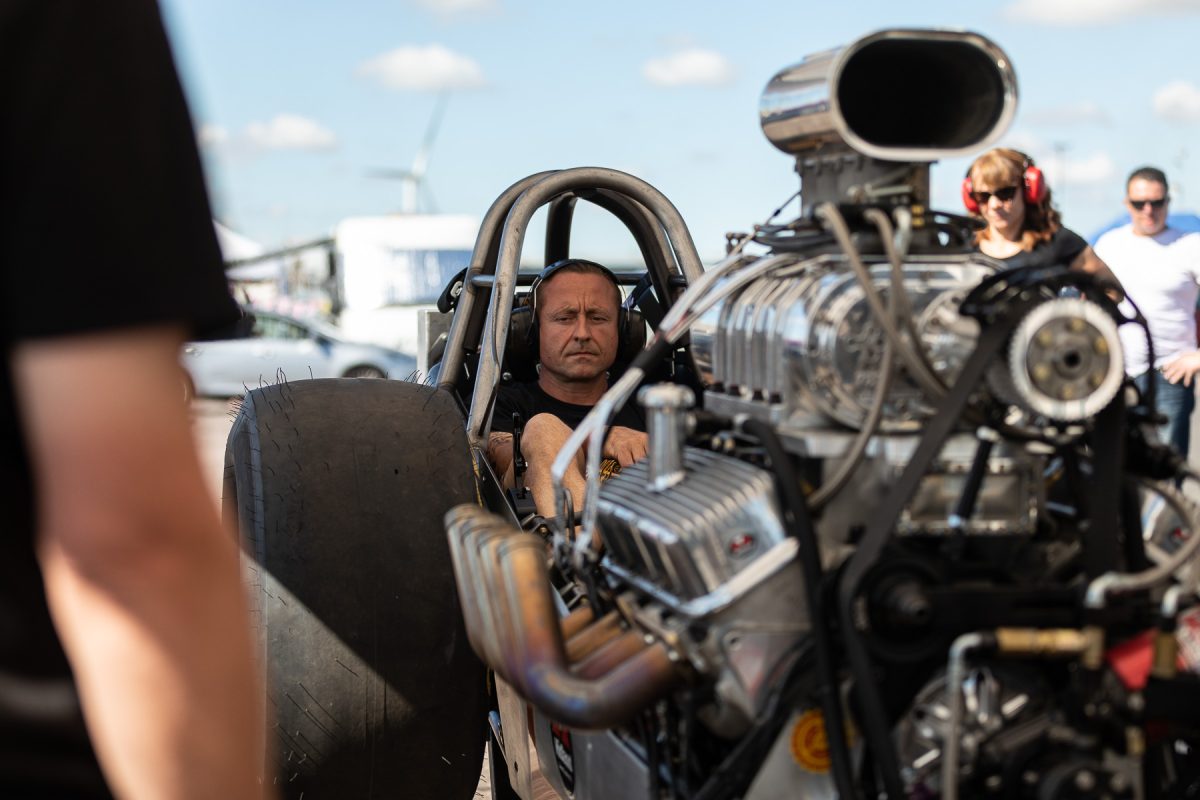 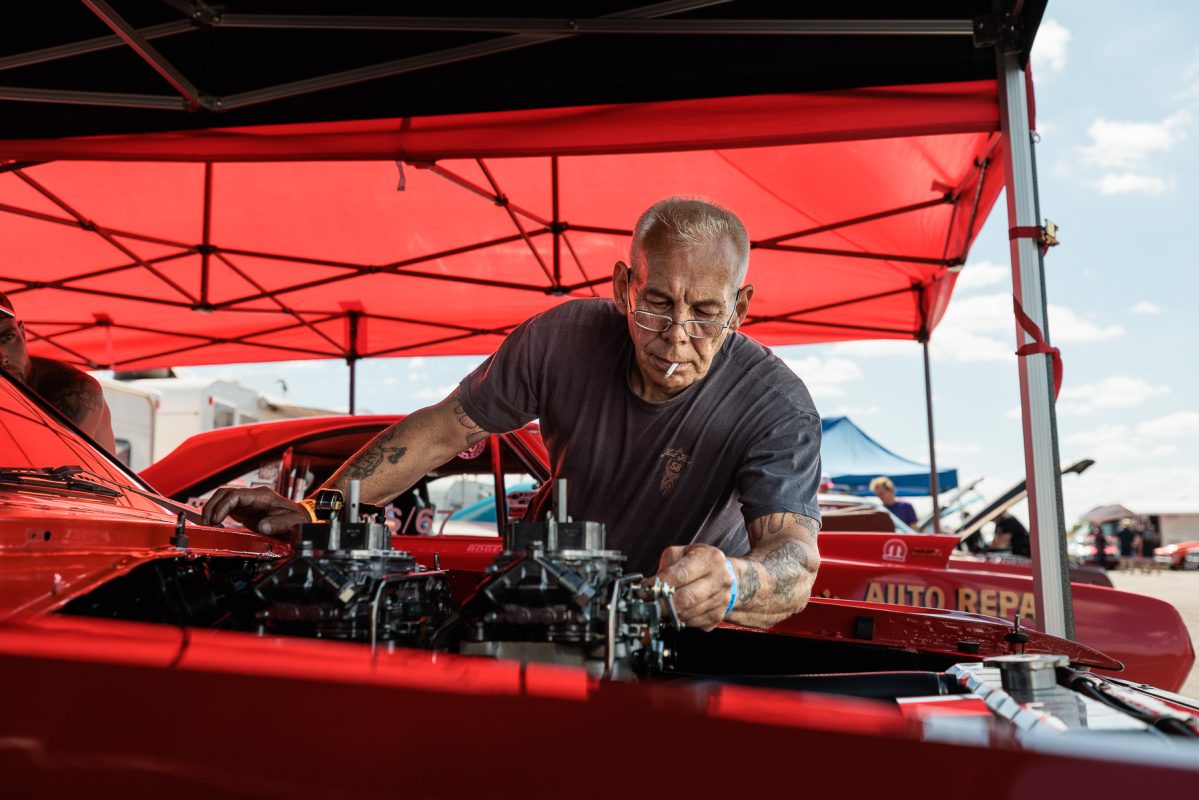 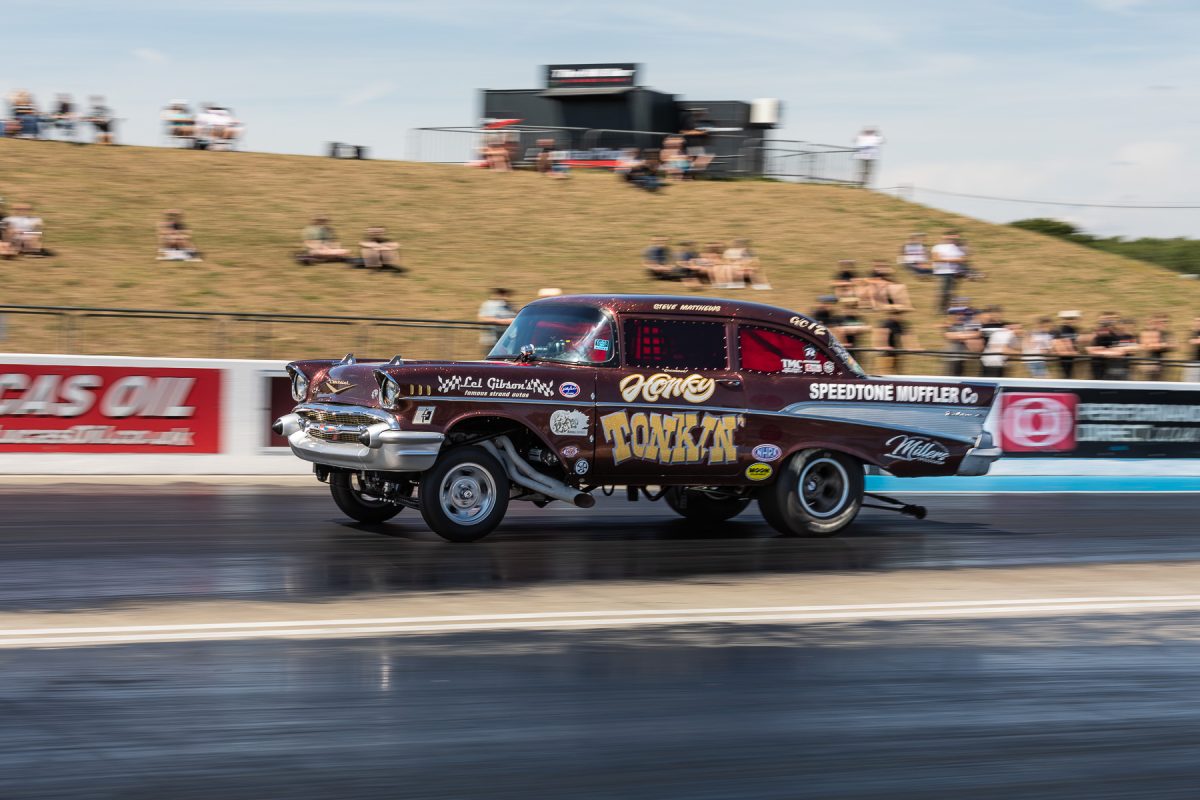 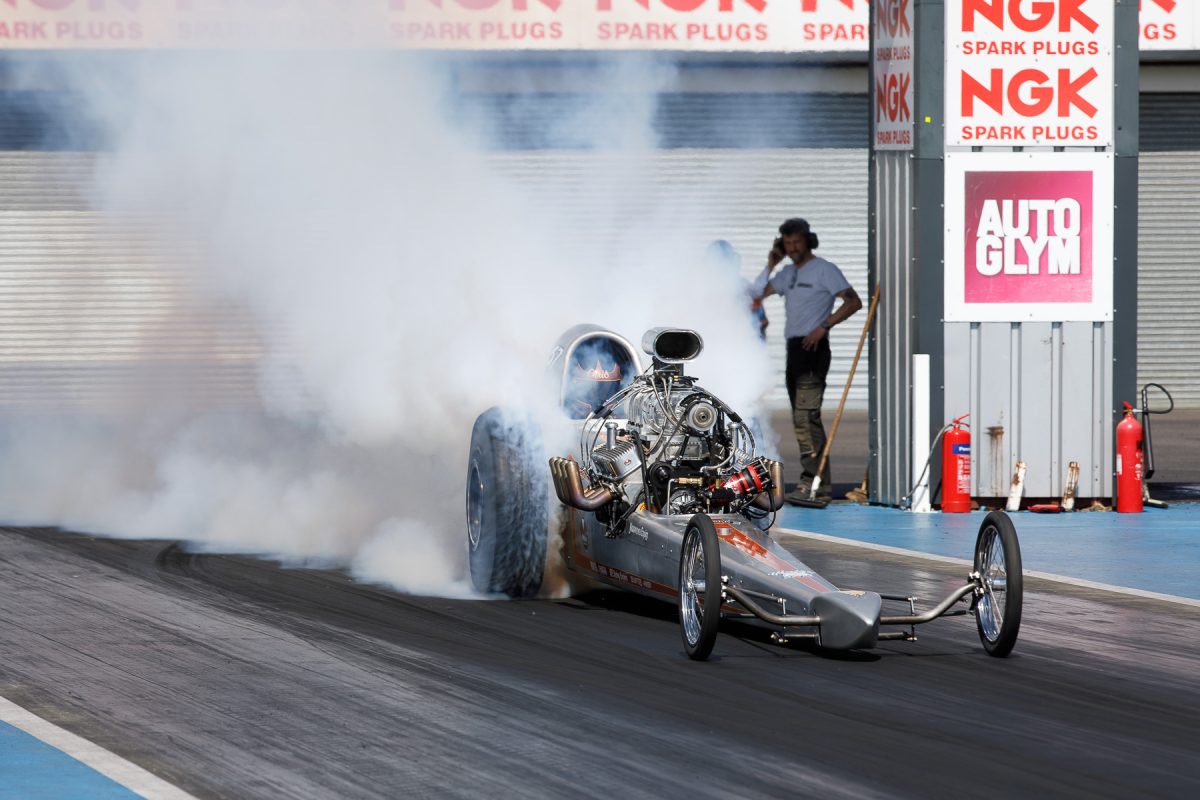 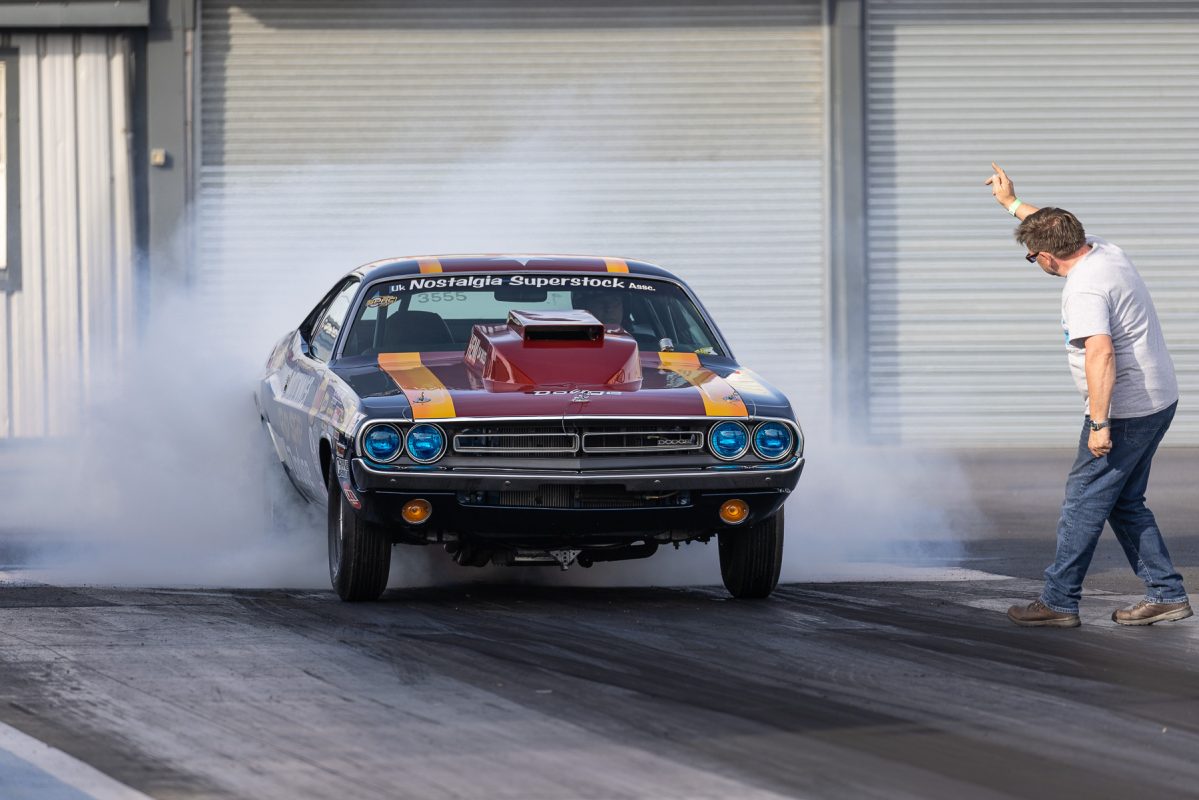 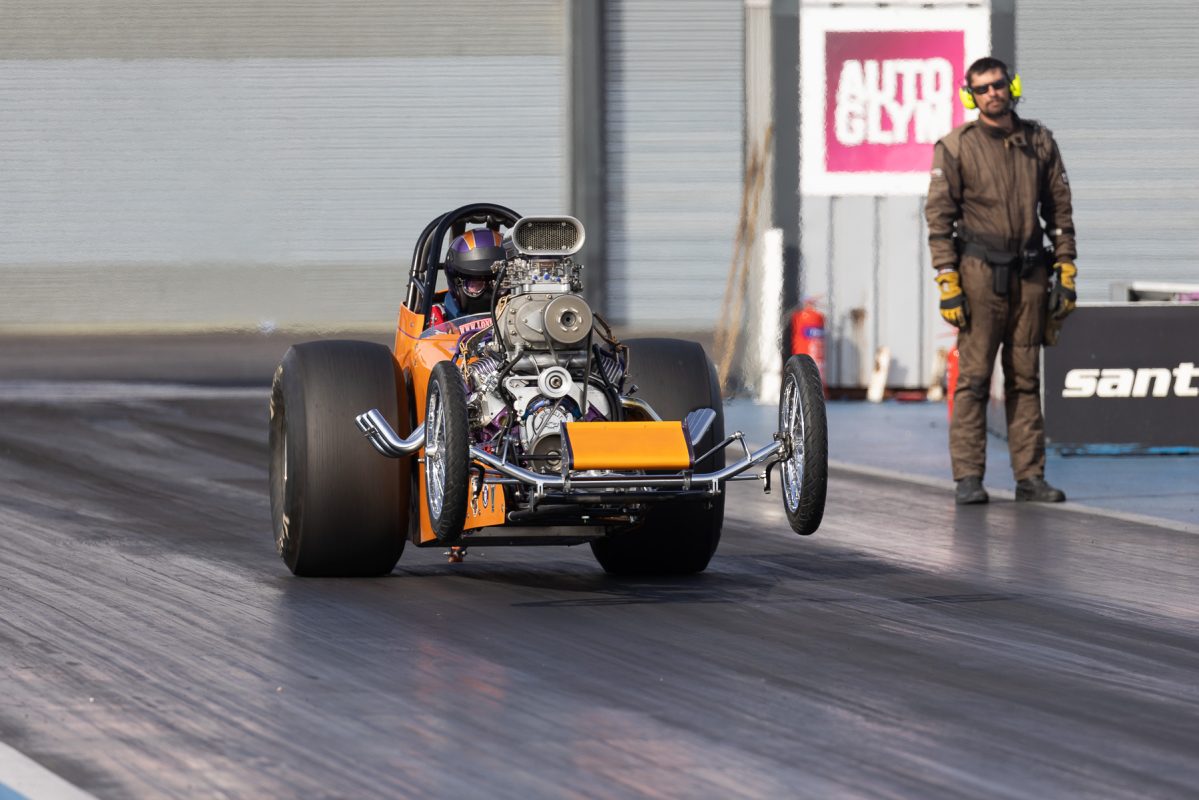 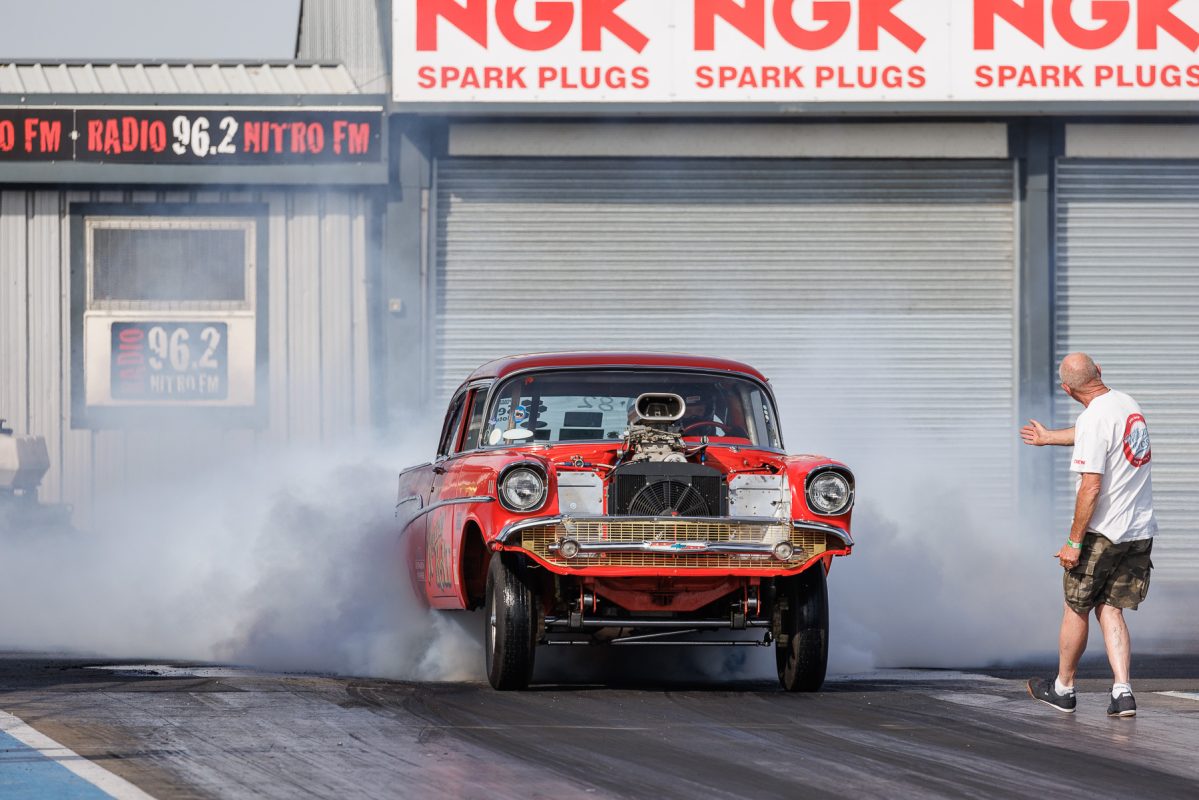 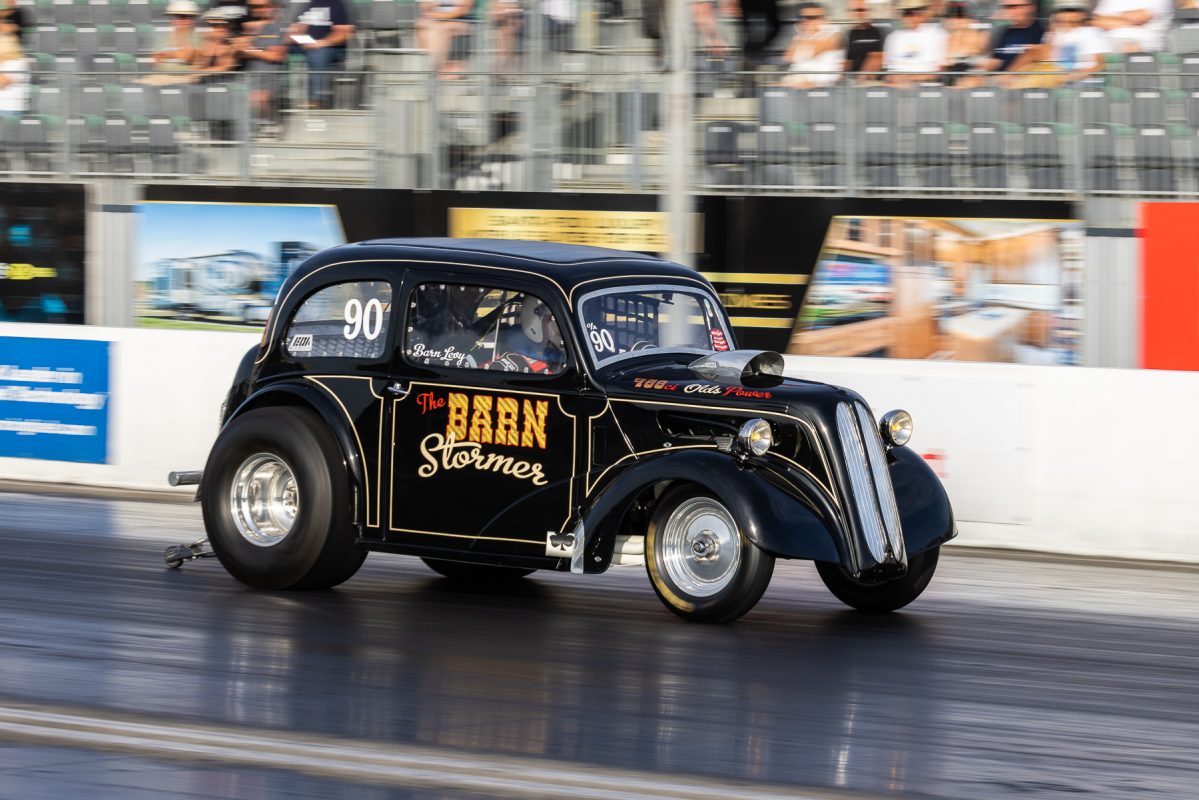 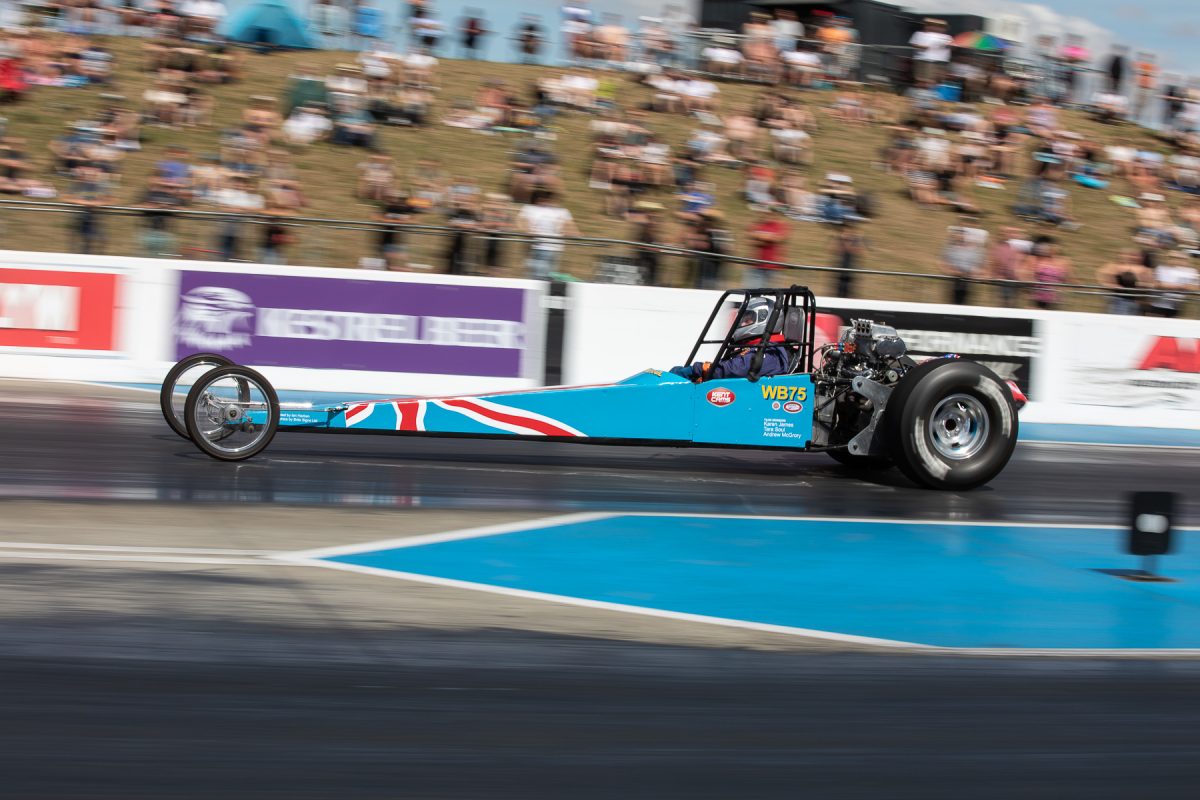 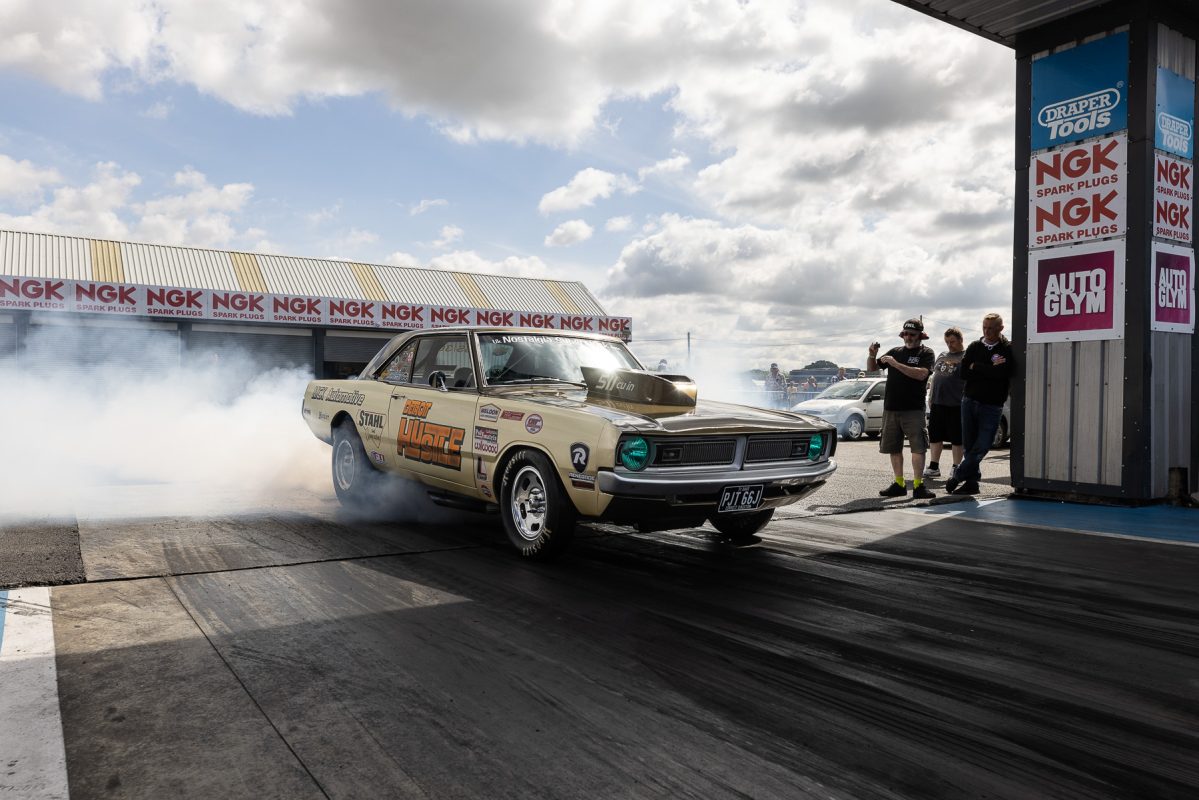 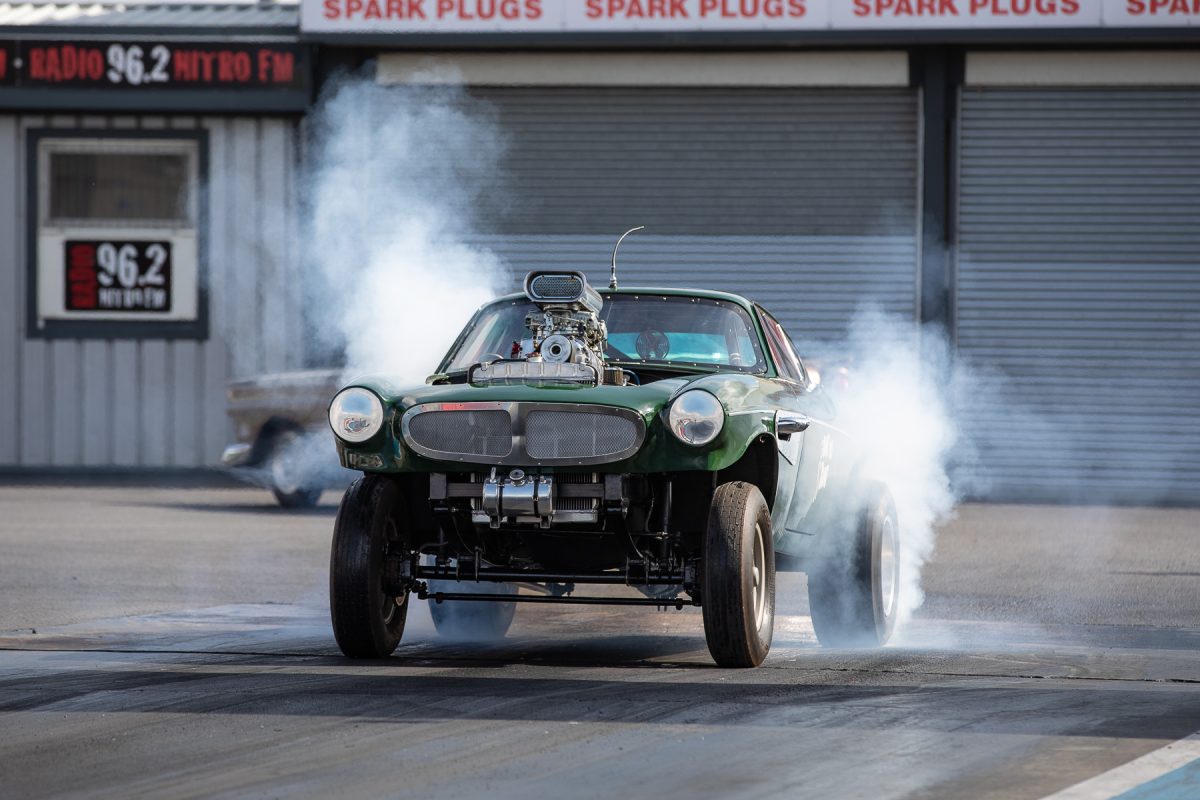 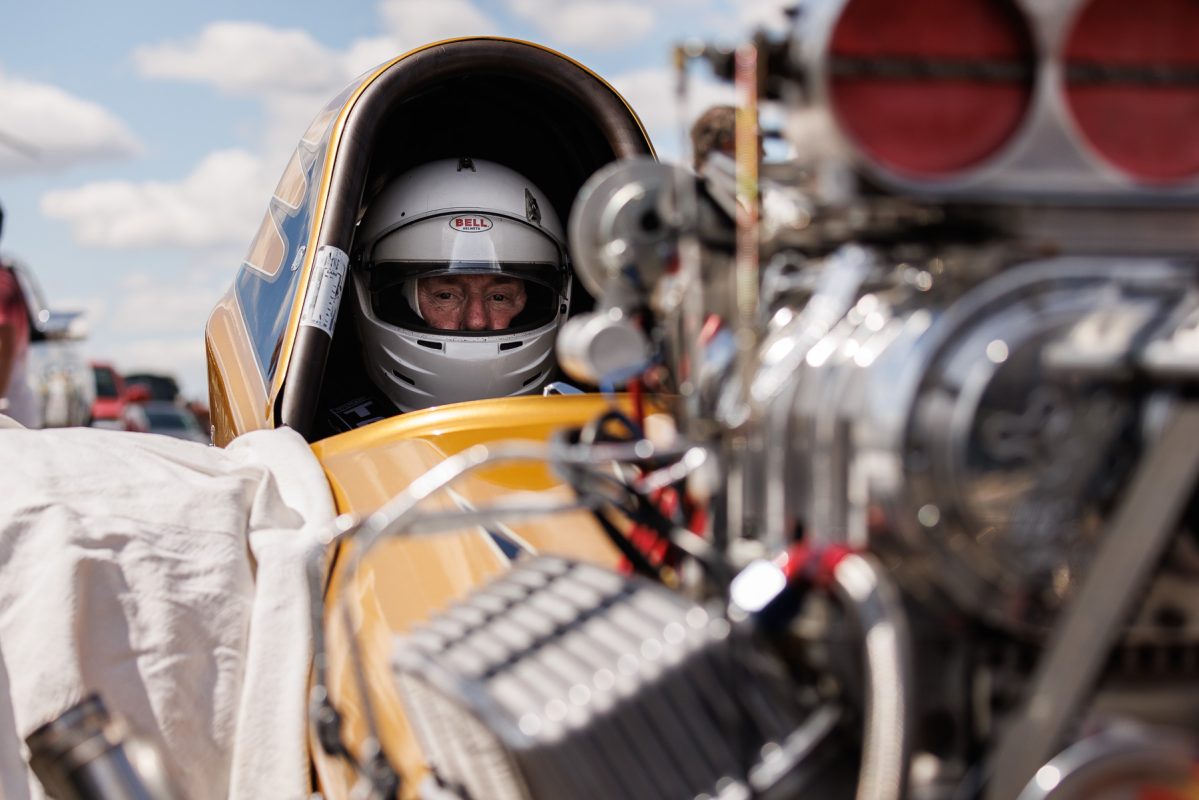 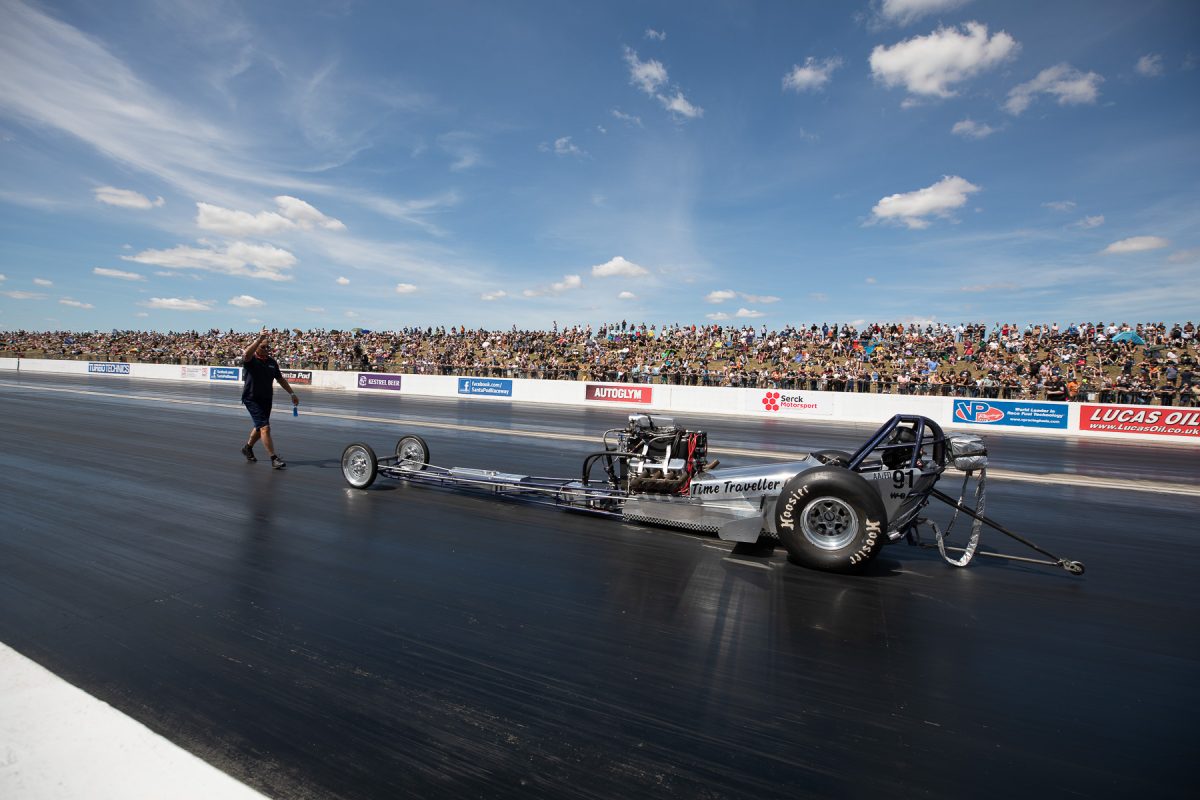 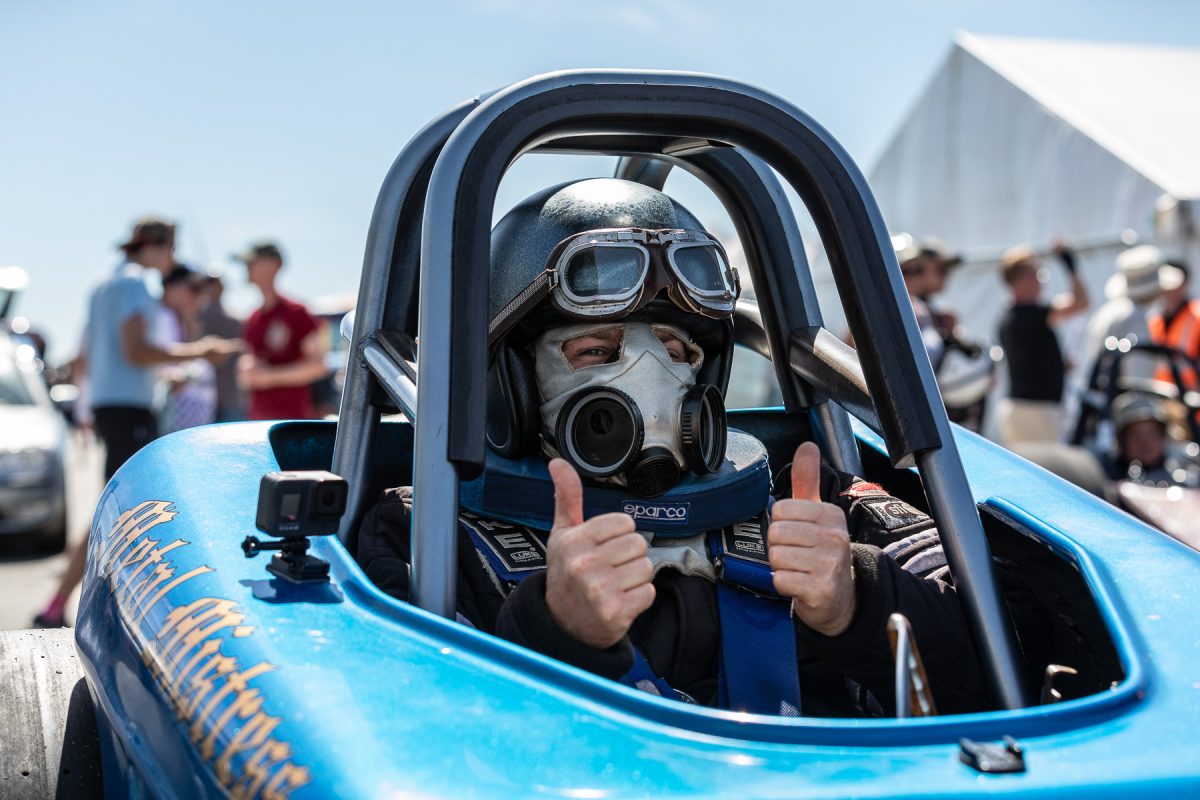 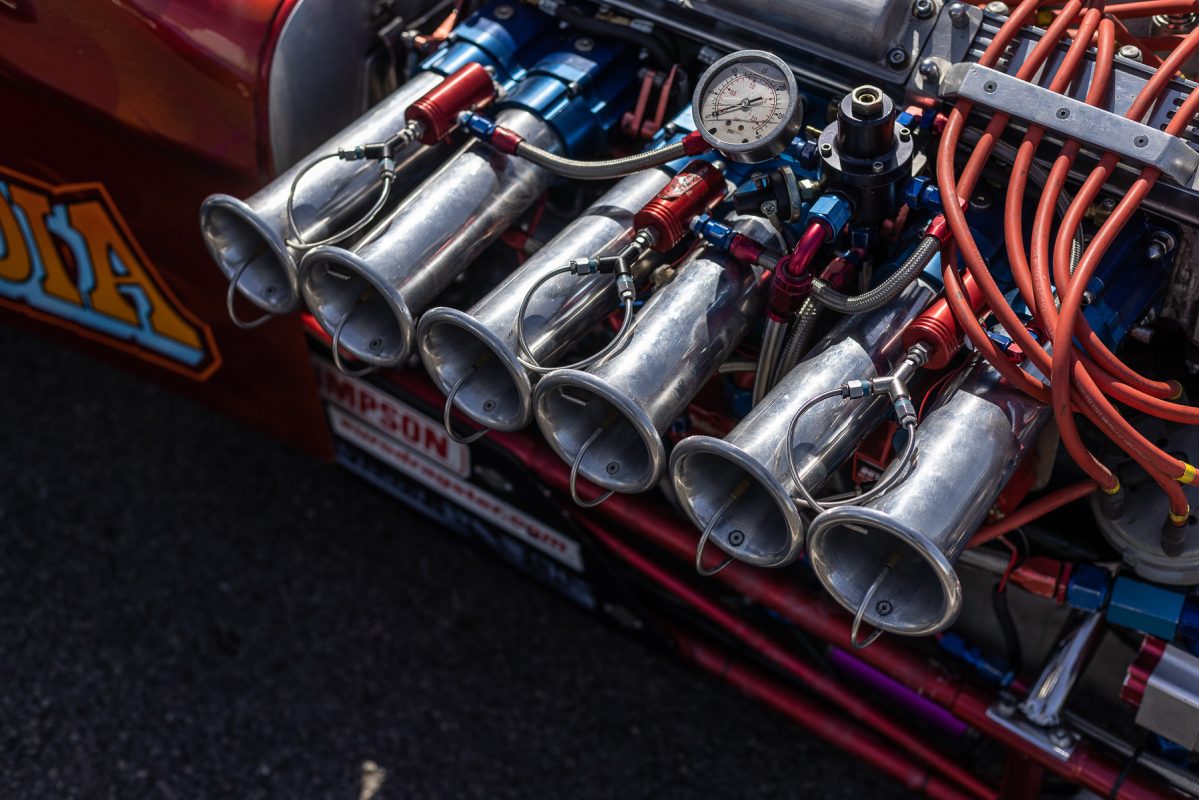 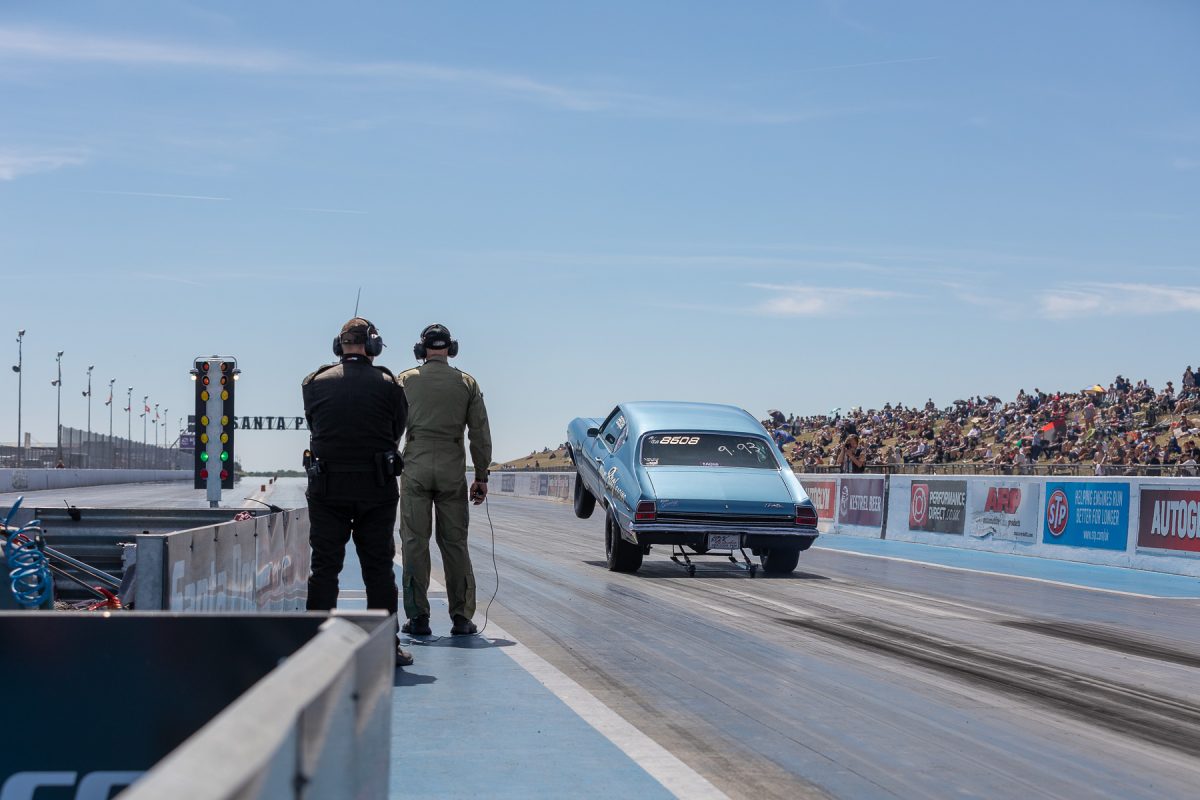 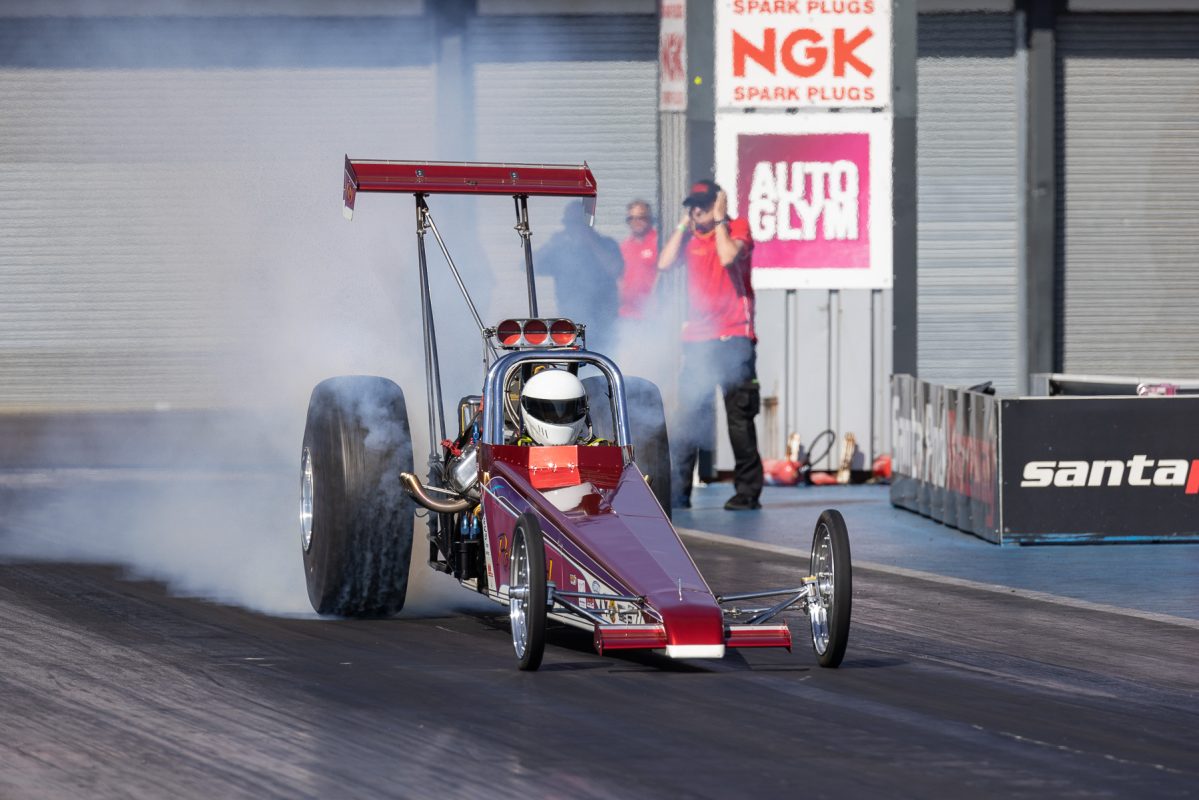 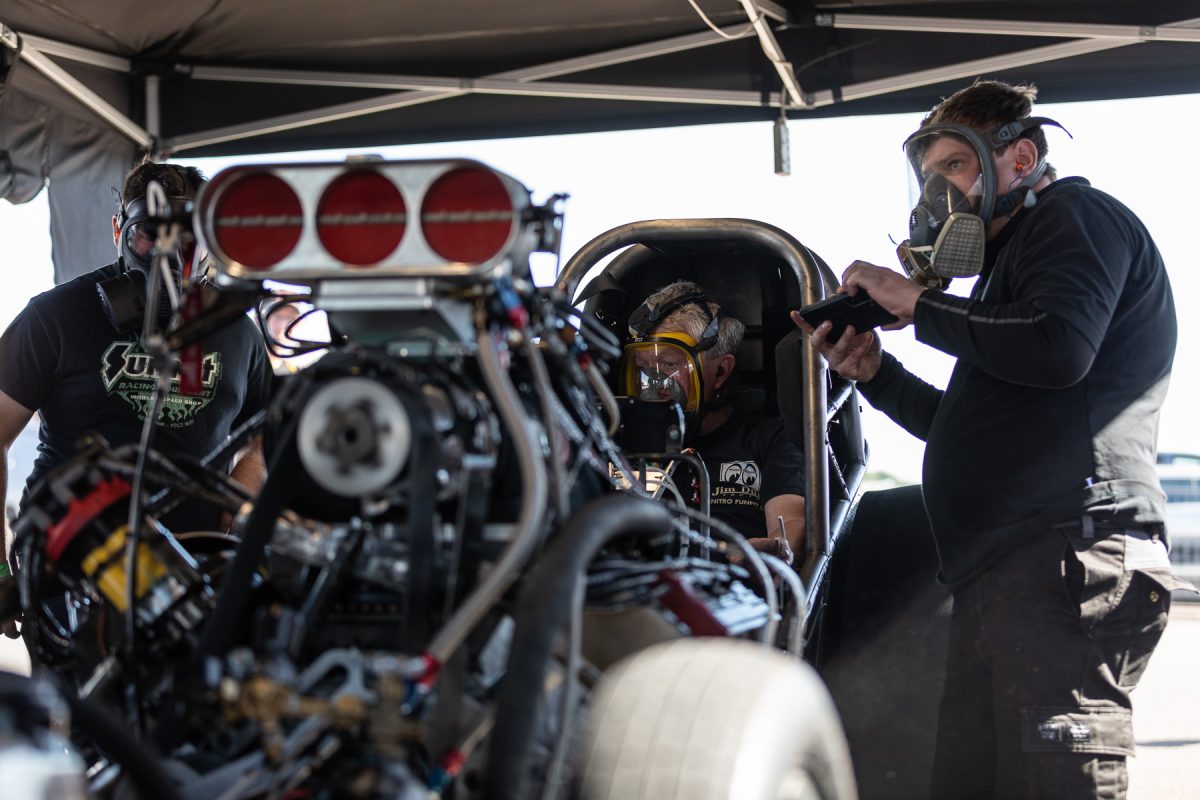 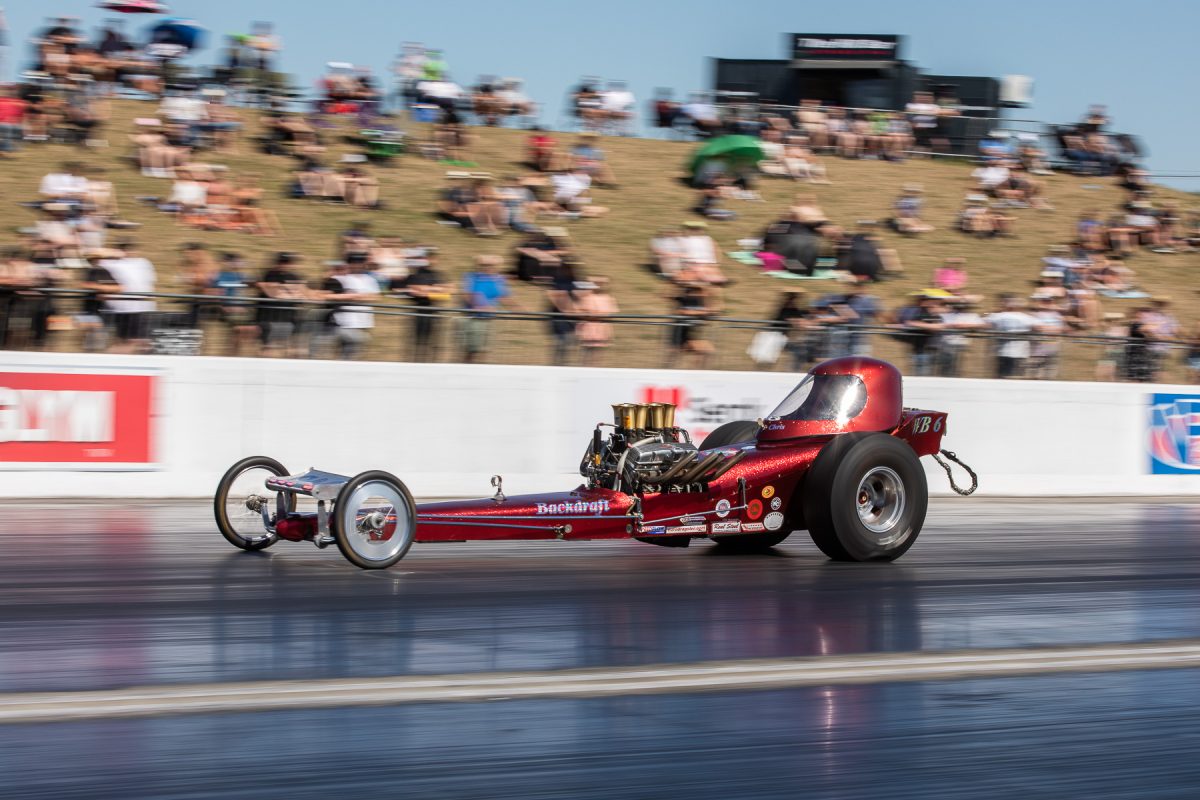 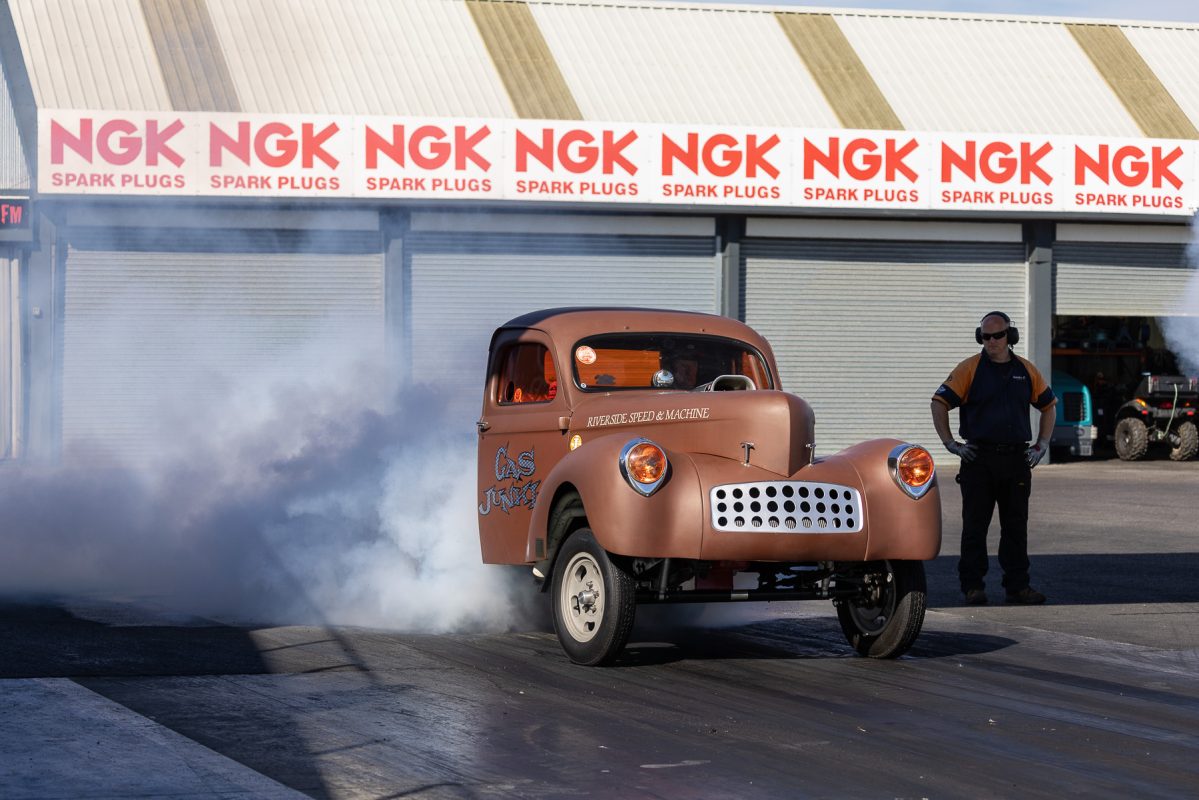