Jason Lee Focused on Setting New Radial vs. the World Record at Sweet 16 5.0

Ken Quartuccio Finally Gets His 'Lights Out' Win in Radial vs. the World

Watch: Q1 Highlights From Lights Out 13 at SGMP

‘Bumblebee’ Stunt Driver Griffin Steinfeld Set to Make Radial vs. the World Debut in ‘Bumblebee’ Camaro at Lights Out 13

The Oral History of ‘Lights Out’: How ‘The Night the Lights Went Out in Georgia’ Became the Super Bowl of Small-Tire Racing 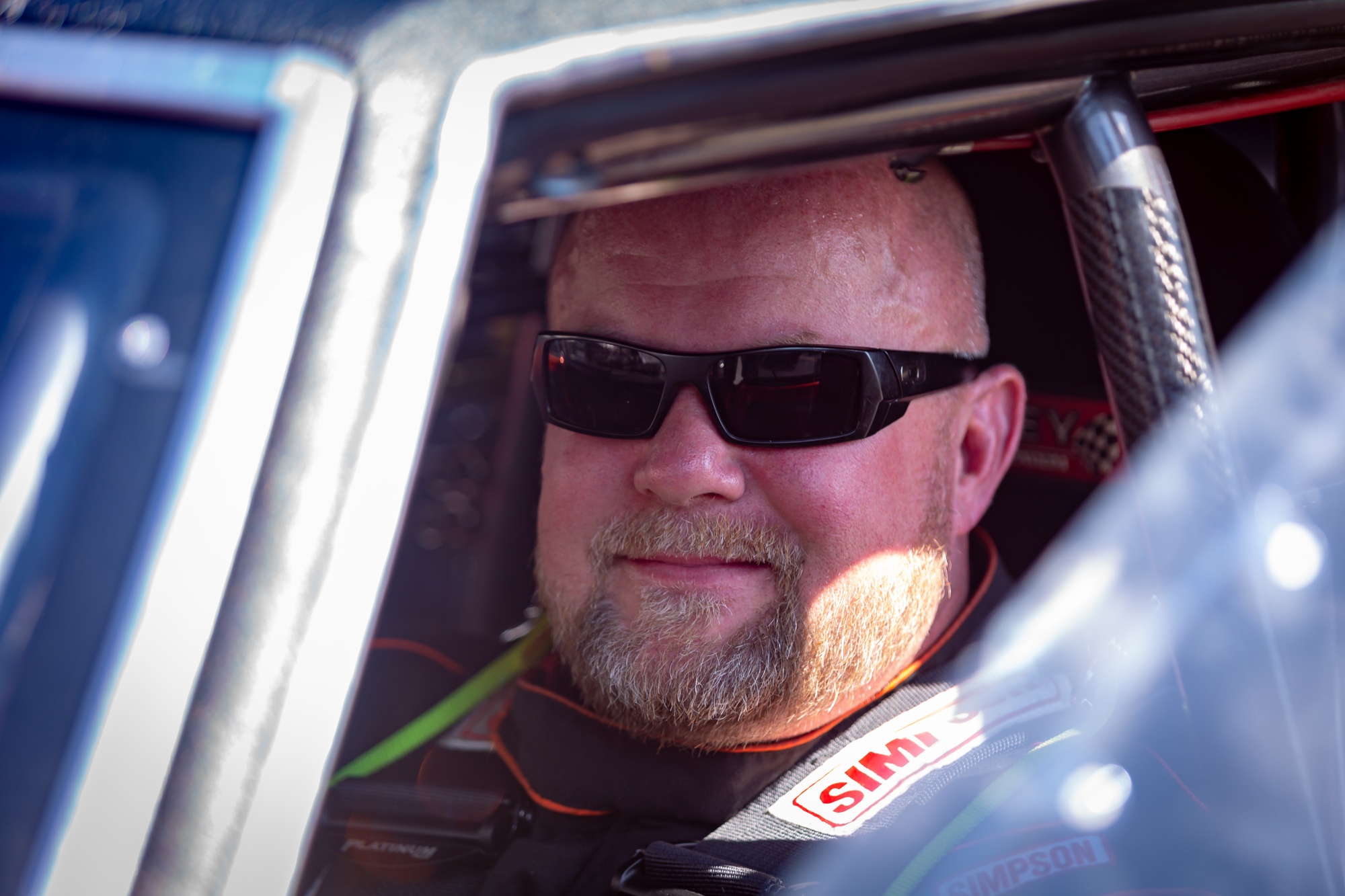 Jim Howe Jr. is a man on a mission. While his supercharged ’68 Camaro bears the small logos of a handful of partners, it’s missing a major primary sponsor. Even after winning the 2019 Limited Drag Radial season championship, Howe didn’t get the publicity he needed to secure a major backer.

This season, Howe is trying to change that. He’s not abandoning Limited Drag Radial, but he is looking outside the class for opportunities to race for more exposure. He’s dipping back into the no-prep waters, swapping out the narrow radials on his Camaro for a set of fat slicks.

It’s a substantial change for Howe, who races with his father, Jim Sr.; his son, Jimmy; his wife, Amanda; and his crew chief and engine builder, Bret Moore. But it’s a move Howe feels is necessary to help his current partners – Menscer Motorsports, TRZ Motorsports, Brad Anderson Enterprises and VP Racing Fuels – get more exposure, as well as to be more visible to potential sponsors.

Just a few days after starting his 2020 no-prep season at JJ’s Arm Drop at Prescott Raceway in Arkansas, Howe shared with Drag Illustrated his plans for the season. 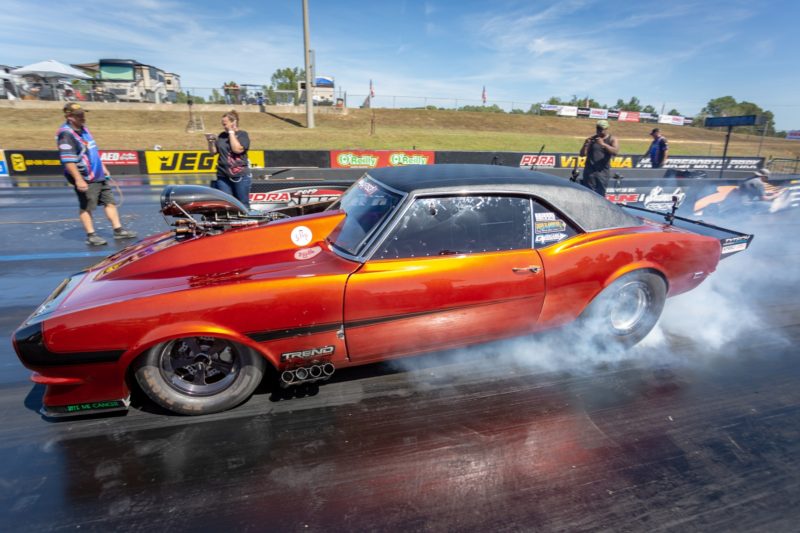 The COVID-19 situation has obviously had a huge impact on drag racing. How has it changed the way you were going to approach the 2020 season?

It’s definitely affected it in a negative way. We are committed to doing some other races, and as a result of the COVID shutdown, now we’re being forced to pick and choose. We’re actually in no-prep mode right now. We just got back from running a no-prep race last weekend, and that’s where our focus is going to be for the next few months and possibly for the rest of the season.

Was the no-prep scene on your radar before all this started, or was that move kind of adapting to the circumstances?

Both. It was on the radar before. We can’t deny the purses that no-prep races pay, and the exposure that goes along with it. We had a chance to do some no-prep stuff. We went and did a little bit in 2018. Street racing and racing on marginal surfaces was a big part of my history. We did the Limited Drag Radial class in 2019 as a committed, full deal for the year. We did very well and we’re very happy with how we did. It was just time for a change, I guess.

What was that no-prep experience like? How does that set you up for the rest of the season?

It was a lot of fun. We put together a no-prep team, a team of seven cars. We’re doing some team races. We went and did JJ Da Boss’ race. We won the team race at JJ’s race, and one of our team members went on to win the big-tire race. We had the fastest cars there. We had a bunch of fun and made some good money. Now we’re going to start taking our team around and running some of these races.

Of course, Fastest in America, a Discovery show, is on our radar. We start filming sometime in late July, early August. We’re kind of strapped on the schedule. We have to fit it all in, plus we’ve got the Horsepower Wars out in California that my team and all of us are going to do. Amanda is going to drive that deal. Everything got bunched up on top of each other, so now we’re scrambling for schedules.

We’re not leaving radial racing as a whole. We will run Donald [Long’s] races and the races that don’t conflict with our other schedules. We just need more exposure and we need more money to run for, so that’s what we’re doing. We’re chasing that side of it now.

Speaking of exposure, your car is featured in the Doorslammers 2 Drag Racing game. How cool is it knowing kids and fans around the world play that game as your car?

Man, that was an absolute dream come true. Of course we didn’t have the graphics when I was growing up that we have now, but playing video games growing up and now having a car that we put so much work into, to have it be put in a video game, it’s really cool. We have fans come to us and have us sign stuff.

My son, Jimmy Howe, is probably one of the best Doorslammer video game racers in the country. He does a lot of tuneups and stuff like that for our fans at the races. It’s not uncommon to see him sitting down with a fan working on tuneups with their video game.

Ron Hamm and the guys at Doorslammers have been really good for us and our program. It’s all relative. Every minute of exposure we can get in drag racing, whether it’s our team, our car, or just any type of exposure for the sport and bringing in new people, it’s obviously what we want. We’ve got kids and young men and women who play that game who’ve probably never even been to a dragstrip before, but now they get to come see us in person and see what we do in real life. I can’t say enough good things about the guys at Doorslammers and what they’re all about. 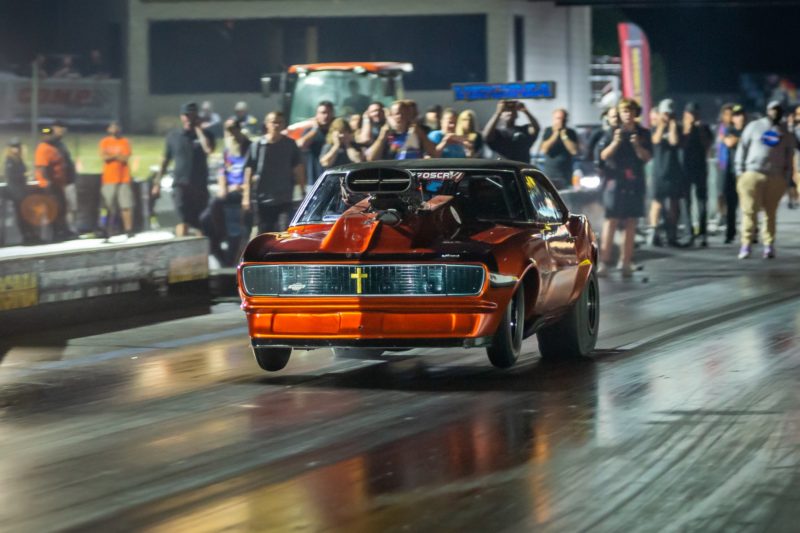 What’s pushing you to try to get that exposure? That’s not something that a lot of outlaw teams are chasing.

Getting any type of publicity for the classes that we run in, be it me, the guy who finished second in points, or the guy who finished 10th in points, the exposure to the little guy means everything. We’re not out here making a killing running for big purses in Limited Drag Radial. I feel like that’s going to be one of the biggest downfalls of the class in the future because it is so expensive to run at the top. So that only leaves the marketing side of things to help offset the costs. Without exposure, you don’t get the marketing side of things.

We are our own worst enemies in this sport because we don’t give the exposure [to sponsors]. We have to market ourselves. We don’t get the exposure oftentimes that we need to in order to procure marketing partners that are necessary to do it at the next level.

I’ll tell you a story. Over the winter I went and met with a Fortune 500 company that was interested in getting into drag radial racing. I met with the president of the company in person on multiple occasions. He searched out who we were and what we were, and in our meeting he sat down and said, “I’m just going to be honest with you: I know who you are, but our marketing people searched out who you are, and other than the promotion that you did from your own pages, we really couldn’t find a lot on you.”

He dropped the name of a bottom-rung No Prep Kings series racer –not a household name –  and this guy is getting 25 million people a year viewing his program and it’s documentable. They can search this guy out and see what he’s doing. From an advertising standpoint, that’s where the money’s gonna end up going.

It was kind of disheartening because here I had a company that was not only ready to put money into our team, but also radial racing in general, and that man couldn’t get the exposure he needed to justify the dollars he was going to spend. We’re hoping we can change some of that in the future.