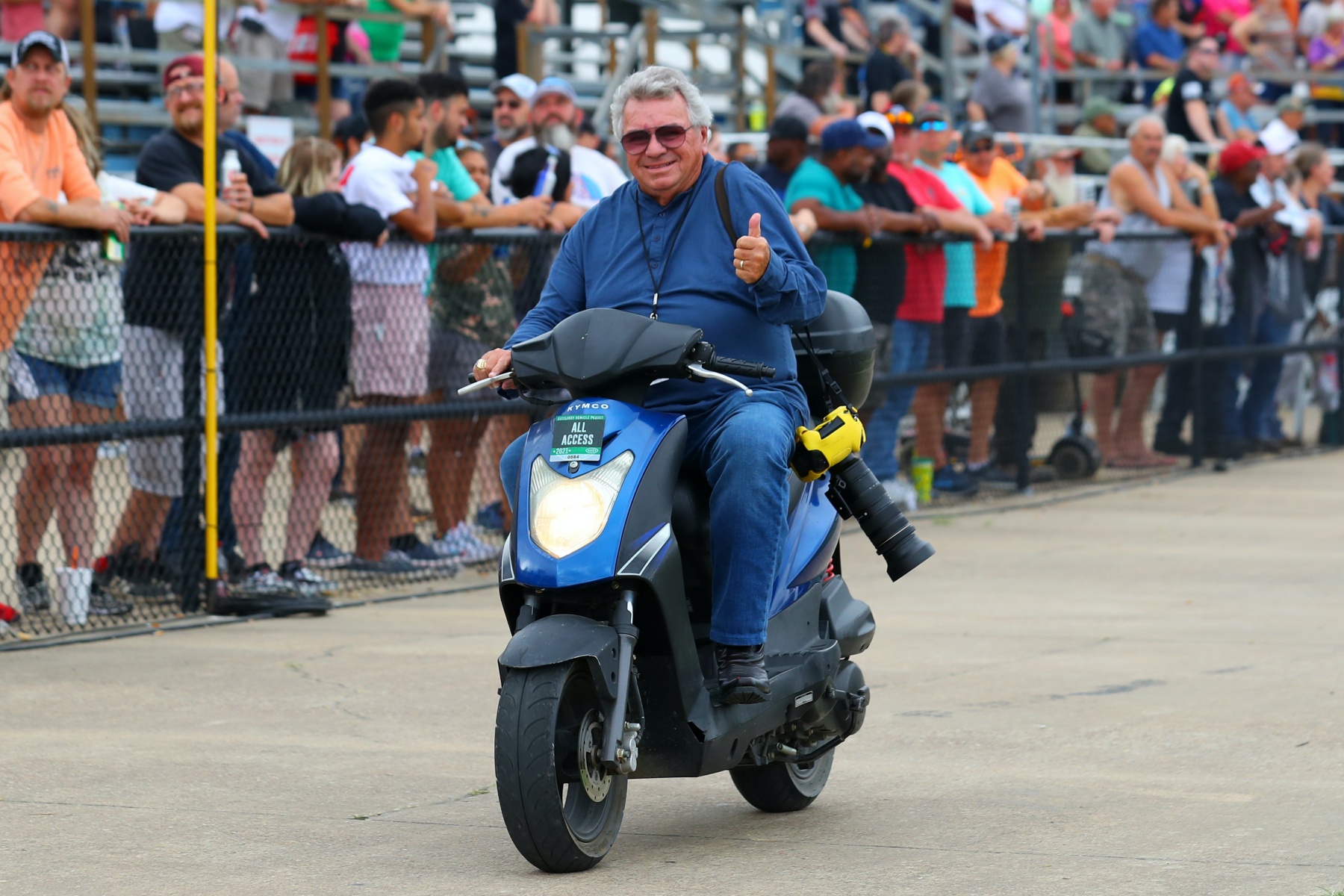 Esteemed drag racing photographer Richard Shute, who owns the famed Auto Imagery archive, celebrated his 50th year of professionally pointing the lens at drag cars and cataloging the history of the fastest accelerating machines on the planet in 2020.

Shute, a longtime Southern California resident, first shot drag racing at close range with a simple 126 Instamatic, and he concluded his well-journeyed career in 2021 behind the lens of a state-of-the-art Nikon, freeze-framing the large and small moments in this sport that he has given his life.

Shute’s intention is that Auto Imagery will live on for years to come with his well-appointed staff, but the iconic photographer himself has bid the NHRA tour adieu.

Here is our interview with Shute discussing his early roots and what the drag racing scene has meant to his life.

Where did this all begin for you?

I have an uncle who was four years older than me; he was a senior in high school when I was a freshman. One day in 1965, he said, “Let’s go out to Fremont.” I said, “What’s Fremont?” So we jumped in his 1957 Chevy and went out there. I just fell in love with it. We were standing right next to the fence as the cars would push start and come to the road. You were literally within 8-12 feet of the car as it came by just rumbling on nitro. It got my attention, and I thought, I have to find a way to make this part of my life.

How soon were you able to make that a reality?

Oh, from that point on, I would go out whenever I could. I started tearing out the center spreads of magazines and taping them to my wall. Photographers like Jere Alhadeff, Jim Kelly, Steve Reyes, Tim Marshall, Bob McClurg, and so many more – they were all my heroes. I just kept going and shooting on the sidelines, and then my parents moved to Mission Viejo, so I lived down the street from Orange County International Raceway. Dave Emanuel, our neighbor, was a writer for Car Craft magazine. He gave me a start in the sense that he got me a photo pass. That was 1971.

Did you shoot for magazines, primarily?

Well, a little publication called Drag Scoop picked me up, and I was the photo editor. But then CJ Hart hired me to be track photographer at Orange County Raceway, and I stayed there until late ’77 or early ’78. One day, [then-boss] Bill Doner walked into the tower during one of the Fox Hunt events, and it was a case of “wrong place, wrong time.” He asked what I was doing there, I told him I was trying to stay out of the way, and he said, “Well, get out of here – and as a matter of fact, you’re fired.’ I got my stuff and left, and then March 2nd of 1979 I started Auto Imagery.

Now you have multiple photographers out there getting the shots for Auto Imagery clients and the archives, but what was the structure like then? Was it just you?

We did all the national events. Dave Kommel [who retired ahead of the 2014 season] would mail out the proofs and work with the customers, and I would print the photos. During that time, we shot for Popular Hot Rodding, Super Stock & Drag Illustrated, Car Craft, Hot Rod. It was great. 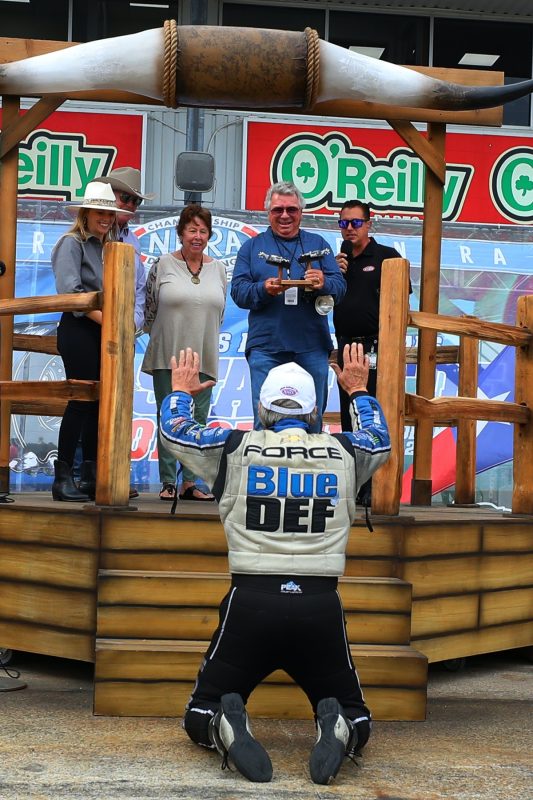 What did your family think about you making a career of drag racing photography?

There was disappointment; they thought I was a lost soul. Obviously, your parents hope that you’ll aspire to do better than they did. My father didn’t recognize the passion I had for drag racing until later in life. He lived in Walnut, California, and would fly out of Ontario for business quite often. He frequently flew up front with [then-NHRA Vice President of Facilities Operation and Development] Wayne McMurtry, and one day McMurtry explained what part I played in NHRA drag racing. My father called me after one of these trips and told me how proud he was. That was full circle for me, from his disappointment to finally being proud.

Would you say there was one pivotal moment in your career?

Jim Kelly [AHRA’s former Drag World magazine photographer and photo editor] taught me about picking my backgrounds and things like that, but he also taught me that yes, the racer would give me a t-shirt for a photo he liked – and he’d also give me a $10 bill. Jim Kelly is the one that taught me to treat it like a business, and if I did that, I could do this for a living. It was an important moment when I realized that people were willing to pay me to do what I loved. I’d have done it for free, that’s why I was there, but when you walk up to someone like James Warren or “Jungle” Jim and show them an 8×10 and they pull a $5 bill out of their pocket, it’s like, “Wow. They think that much of me that they’re willing to pay for it.” I went from a wannabe to what I hope at this point is a respected photographer.

Auto Imagery is closely associated with NHRA. Was that a natural relationship?

I was extremely fortunate that Leslie Lovett, NHRA’s first photo editor, and Wally Parks, the founder of NHRA, helped me formulate a way for Auto Imagery to exist in a world where commercial photography hadn’t previously been welcomed. We weren’t recognized as “media,” but we found a niche. They allowed me to shoot commercially as long as I agreed to be the backup for the NHRA photo department in 1979, and that changed everything. Les Welch, another photographer, was allowed to do the same thing, so there were checks and balances.

After more than five decades shooting drag racing, what’s next for you?

But Auto Imagery will carry on?

The last 10 years or so, I’ve been trying to teach others what I know. It was through the efforts of others that I learned, and I would like to think that I’ve been able to provide the same. I’ve had some incredible people come along, and they do a great job. My theory is that if you die with knowledge you haven’t shared, it was a waste.