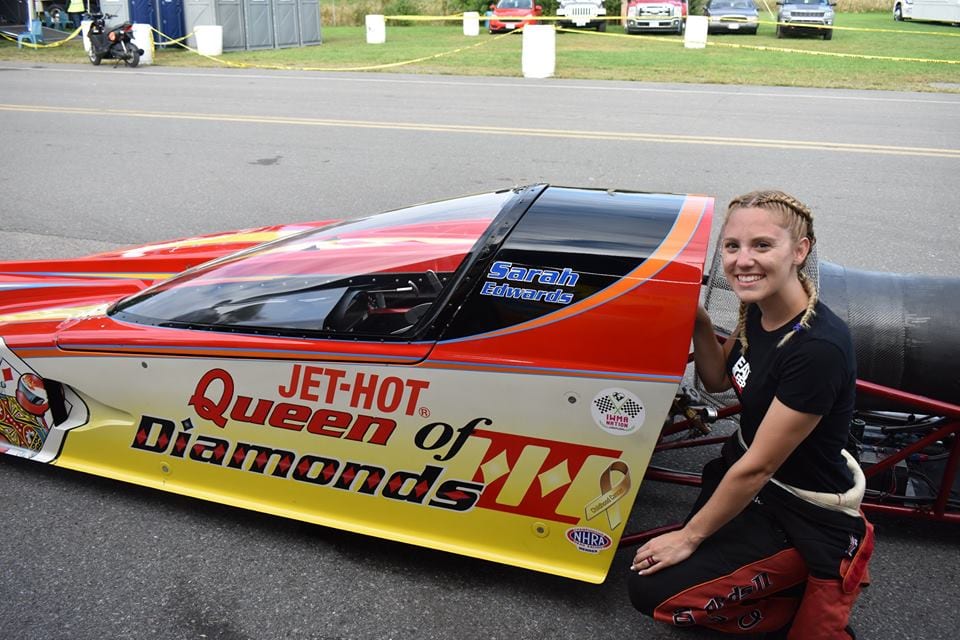 Just about any and every driver will agree that once you get a taste of what it’s like as a driver, it is extremely difficult to give up your seat in the cockpit to watch the races from the stands. Well, it was proven at the Dodge NHRA Nationals that you cannot take the “fan” out of this driver!

Typically, I don’t race the NHRA circuit, but I had the unique opportunity that weekend to be a regular ol’ fan taking 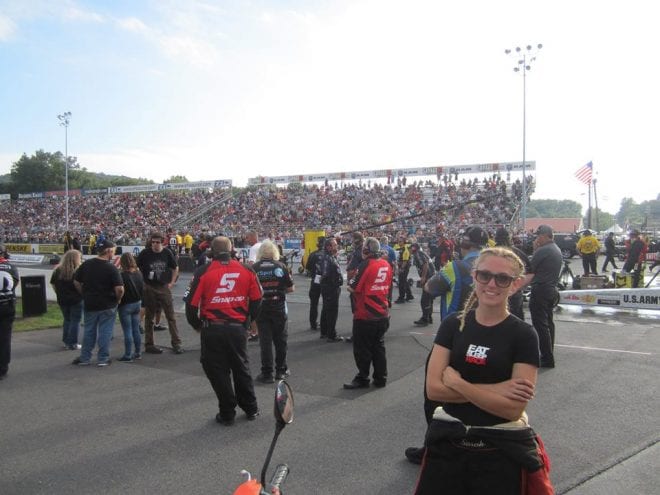 in all the sights and sounds of the “pros” but at the same time, I was a “pro” making the last pass of the day down the track. The Hanna Motorsports team was invited to close out Friday and Saturday night qualifying at Maple Grove Raceway. Once we made it through credentials and the big lines getting into the track each morning, I opened the door of my Jeep, my Nikes touched the ground and off I disappeared into the crowd. I walked around the facility for three days – up and down each aisle, through the midway and from beginning to end of the staging lanes countless times. Finally, staying put right up at the starting line – I had found my favorite spot. With a smile ear to ear, I can’t even begin to tell you how much I enjoyed my weekend, particularly because it was the best of both worlds. I loved every bit of strolling through the aisles watching the Top Fuel teams work on their cars, drivers mingle and listening to the giddiness of star-struck fans as they walk away from meeting their hero. I remember when I was at the track years ago, and what it felt like to meet one of these drivers. Somehow, a little piece of that still travels with me as I walk around. At heart I am still a huge fan of the sport I fell in love with at 12 years old.

Now it’s go time. Pulling up in the staging lanes, knowing that John Force or Erica Enders just rolled through moments before is pretty indescribable. Then you turn the corner, and the starting line is a sea of Mello Yello shirts attending to the racing surface. When they clear there is the official NHRA Christmas Tree I only see once or twice a year. Once you look past the tree and down the track, up in the distance I set my eyes on the jumbotron! You think to yourself, “OK, now don’t watch yourself up on the screen!” then the call out to start the car happens: “Switches! Ready! Do it!” Next thing you know, the car spools up, the tow vehicle shoots down the track and with the first bellow of smoke out of the pipe, you just can’t help but look up at the movie ahead of you and smile and say to yourself, “now that’s pretty cool.” I think it’s important to never let these moments get too small to not take them in for everything they are worth. 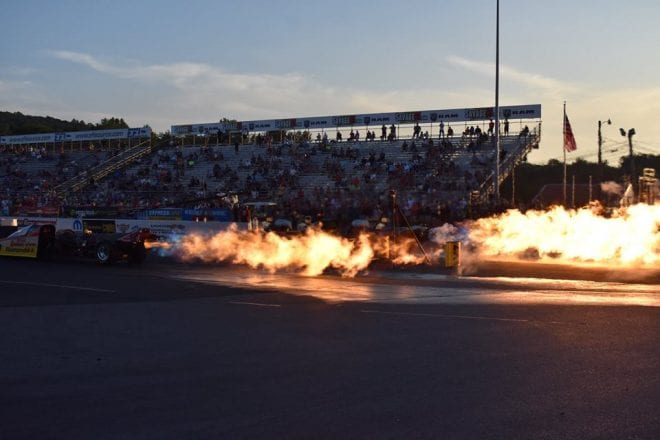 The Queen of Diamonds II faced Ernie Bogue, driver of the Beast from the East, to close out day 1 and 2 of the Dodge NHRA Nationals. I was quicker off the line, but at the finish line the QOD fell short to the Beast’s performance.

Going undefeated for the first eight races of the season was a stellar run for our team until it came to an end the first weekend of August. That first weekend we suffered some damage to the engine. Quickly bouncing back to make it through the North American Jet Car Championship, it wasn’t long after that we suffered another blow to our machine. Since then, the switch has been flipped and it’s been a rough patch with a winless streak. Nevertheless, there are two more races left for the 2018 season to turn on a win light or two! We are off to Bristol BABY followed by Maryland International Raceway for the last race of the year!